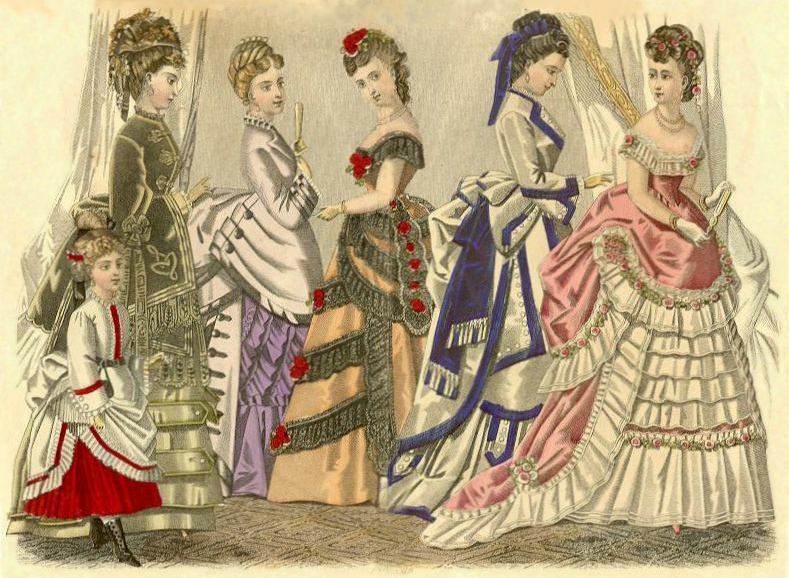 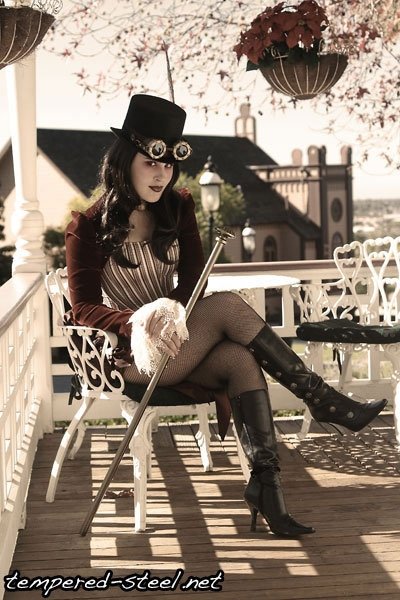 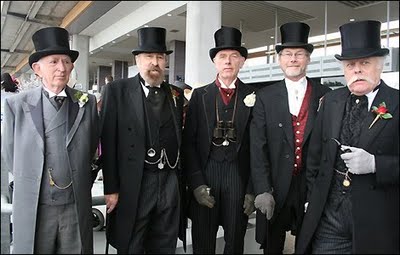 Fascinating blog ! I am wondering: Are you too wearing these clothes occasionally or often (photo, please) ?

As far as sources for the images are concerned:

- The steam punk gent can be seen on a lot of sites, this following is particularly interesting because it talks about an interactive iPad adaption of a Sherlock Holmes story with mashup of steampunk elements, I think you would like this: http://theclevermonkey.blogspot.com/2011_06_01_archive.html

I wear steampunk clothes whenever I can! I only have so much as it tends to be costly; but I often like to incorporate vests, hats, cravats and various other things, I am working on ways to do that more and thankfully I live in New Orleans where men often still dress like gentlemen and traditional ladies attire is seen from time to time. So it's not completely off the beaten path for this area's culture! I look forward to a time in my career where I can wear my more excentric attire on a regular basis!

Would it be correct to say that steampunk pays particular attention to what goes on the head and face of a wearer? I may be completely wrong here, but it seems that there are a lot of goggles, masks, hats and other apparatuses made.  I would love to see a blog about that at some point, please.

Here are some headgear images with sources: 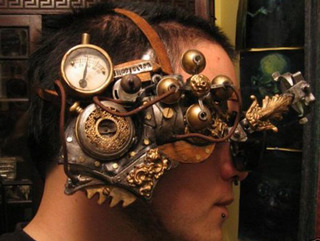 Thanks for all of the info Brigitte! Yes it accurate to say that emphasis is on the head and face. I speculate that it is becuase that is where most human interaction comes from either outgoing or ingoing. All senses except touch are centered there and most outgoing signals either vocal or otherwise are directed from there. So especially with regards steampunk creations they tend to be centered around the head. Often intended to enhance a specific sense or attribute. Goggles, Glasses, Hats, Helmets, Monocles, Face masks etc. I will certainly add that to the list of future blog topics!

Thanks for your continued interest!