Being a craftsperson/maker/artisan/artist is a rather unique profession. Many people today have limited experience in (truly) handmade objects and their interactions with us are often the first and only exposure to the craft world. For an armourer such as myself, that exposure is exponentially reduced by the specificity of my field. I am part of a sub-genre within a sub-genre. Explaining to people what I actually do is similar to Lord Helmet’s scene with Lonestar in “Spaceballs”.

It’s a reasonable assumption that, in the course of a conversation, people ask questions that are… less than well-informed. This is to be expected and I’ve learned to address these as attempts by the other person to identify and learn. But, by paying attention to the questions asked, I understand what needs to be addressed regarding my field. So, without further ado, here are the top questions and statements I receive as a modern armourer.

“I Bet You’re Ready For the Zombie Apocalypse!”

It is an interesting statement of modern American culture that one of our most popular fictional tropes involves the breakdown of society due to unforeseen overwhelming force. Infrastructures that we normally trust completely in our everyday lives break down with catastrophic and society-changing results. In most of these fictional scenarios, the survivors’ existences are enabled because of a reversion to older technologies and systems of governance.

This fascination with traditional skills finding relevance in a post-apocalyptic world leads to a very common statement given to me by well-meaning individuals: “I bet you’re ready for the zombie apocalypse”! This comment is very revealing and I’m sure most people are unaware of the subtext behind it. My metal fabrication skills might come in handy, but not nearly as much as a trained medical practitioner or anyone capable of locating and purifying water systems. Yet, the first thing people assume are: instead of practical necessities, they need a means to commit or survive violence.

Armour certainly fits into that category of need, but my interests as an armoursmith don’t come from necessity or survival. It comes from the perspective of an artisan. Realistically, I’m the last person you need to come to in case of any kind of outbreak. In my opinion, the modern interest in zombie/apocalyptic scenarios has nothing to do with necessity; it’s a twisted new form of romanticism. When these stories are told, it’s never from the perspective of the everyday victim, but rather an Übermensch into which the reader/viewer can insert themselves. This is simply a common desire to become more than one’s self within the safety of fantasy.

So, when someone tells me I’m ready for the zombie apocalypse, in reality they’re saying they identify a little bit of that desire for betterment in my skills. They can’t identify with my accomplishments directly in present reality, so it’s safer to see it from the realm of fantasy. Regardless, I take it as a complement.

But please don’t come to my house in the case of a real outbreak. 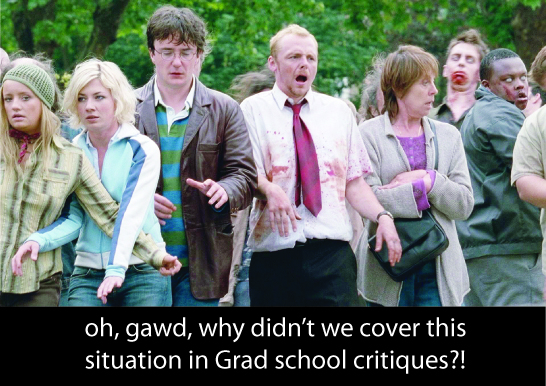 I want you to do me a big favor. Take off your clothes. No, seriously! Take off your clothes and weigh them. If it’s wintertime, you normally wear long underwear, shirt, pants, socks, shoes, jacket and possibly a cap. The combined weight is between 5-8 lbs. A gallon of milk weighs 8.6 lbs. and that’s considered heavy! So, why are we not toppling over from the weight of our heavy clothes?

Most people handle armour the same way they handle a gallon of milk. They pick it up using one of the weakest muscles in our body, the bicep. The sensation of “heavy” is a relative term. If you distribute that 8.6 lb. milk about your body (pour it on your head), it’s not going to feel as heavy. Like your magical milk suit, armour works best when it’s worn. It doesn’t work if you stand around holding it. A full suit of plate armour can be heavy. In general, full European plate and maille armour from the 15th century would have weighed no more than 1/3 of the wearer’s body weight. So, a stout man weighing 200 lbs. could support armour weighing 66 lbs. Before you become aghast, realize that the modern U.S. infantryman carries 75-100 lbs. of gear…and they’re not nearly as armoured as their 15th century counterpart. 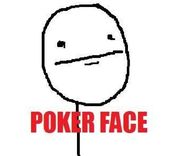 There are few statements that actually make me mad, but this is one of the biggest. I actually receive this statement more often than people might believe. It’s the evil cousin to the zombie apocalypse statement above and it’s rooted in the same psychological undertone. Both are originated from the need to develop from the Übermensch ideological sense of self. But while the zombie apocalypse comment derives from a desire to better one’s self, the “just shoot you” comment assumes an already established superiority. Unfortunately, that sense of superiority is rooted in an acquired technology rather than developed skill.

There are a lot of people in the world that own hammers, in fact I’d say most people have access to one in some form or fashion. Hammers are great, especially when you need to apply specific force to something. If you don’t have a hammer, you can improvise with a rock, but it’s just so well designed for what it does!

By stating that you would “just use a gun” at anyone producing a historical and technologically obsolete item like plate armour, you are completely missing the point. Most people drive automobiles for their transportation, so why would one ever learn the equestrian arts? I don’t learn historical metal arts because I think they’re going to make me safer or more dangerous. If I’m in need of real defense, I have my own firearms, practice martial arts, have an alarm system and, most importantly, pay taxes to support local law enforcement and a national military.

I make armour because it’s beautiful. It makes me happy to learn a historical technique and realize that I’m having a dialog with other artisans from hundreds of years ago. It acknowledges that while our beings may be mortal and finite, ideas and expression have a much longer shelf life. A statement like “I’d just use a gun” assumes superiority because of an ability to destroy. The irony is that it’s based upon a technology that required creativity in order to exist. Which is the more powerful?

Okay, I’ll admit, I kind of have an axe to grind with this one (no pun intended) As many of my fellow historical martial arts practitioners can attest, if anyone mentions swords or armour to the average layperson, one culture dominates all popular conceptions of skill and craftsmanship: feudal Japan.

Historical Japanese arms and armour are amazing feats of technological and artistic skill. But their use in modern popular film has placed an extremely unrealistic set of standards upon the metallurgical realties of these beautiful and functional works of traditional art. Instead of admiring the real skills required to produce and use a Japanese sword, false skillsets are concocted, such as the ability to cut through darn near anything, including large moving vehicles! This is simply not possible regardless of how well any sword is made. 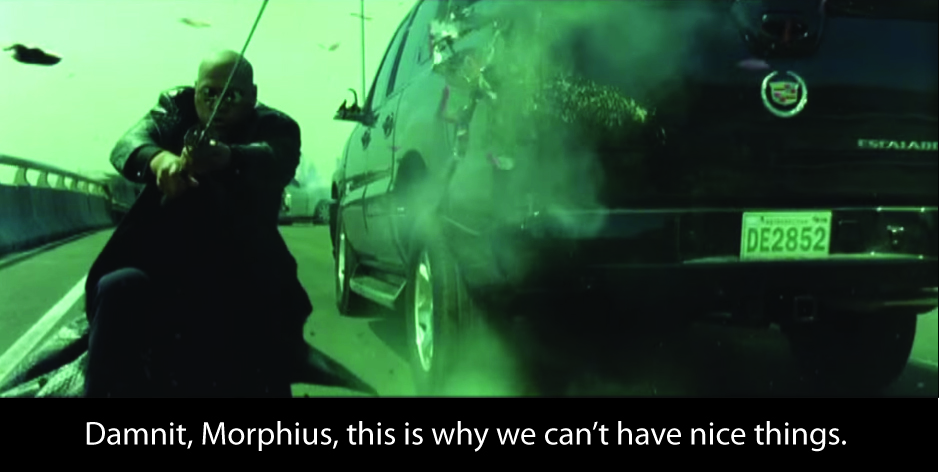 At a recent event in Houston, Texas, I had multiple individuals come up to the newly finished Kunst Schott von Hellengen breastplate (the same one I’ve detailed in this blog) and declare that it is, in fact, a Japanese samurai armour. I smiled and presented them with an image of the original German piece along with a written description of the piece’s provenance. Many acknowledge their surprise and walked away with a broadened horizon, but there were at least 3 individuals that proceeded to argue. Even with documented proof that the original design was from the 15th century armour production centers in Nuremburg, German, these three argued that the Europeans learned all of their skills of plate armour production from Asia, so it must therefore be of Japanese provenance.

I don’t even know where to start…

Just like with all other cultures, Japanese armour has a myriad of types and periods reflecting their changing needs of defense. In the late 16th and early 17th centuries, a particular style of armour, labeled the “nanban” (南蛮) period, shows the importation of European armour into Japan. “Nanban” translates into “foreign barbarian”. European armour was brought in by Portugese missionaries and merchants and quickly adopted into the traditional forms of armour. This adopted Spanish conquistador helmet (morion) shows both European influences as well as the traditional use of Japanese cord-joined lamellar to protect the neck. 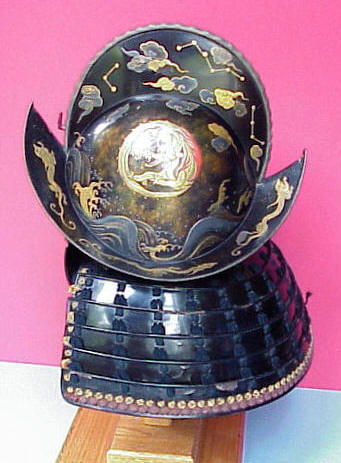 The interesting phenomenon is that this cultural trade was not reciprocal. Elements of Japanese armour weren’t incorporated into European armour simply because it wasn’t designed to deal with the super weapon of the period: firearms. Japanese armour is excellent at defending against other Japanese weapons such as the katana and the bow and arrow, but European firearms simply had much more kinetic energy. By the 16th century, European armour had started to address the threat posed by firearms and, quite simply, the Japanese weren’t going to turn their nose at a system that worked!

But, films and fiction continue to persist. If any character is going to carry a sword or wear armour, it must be Japanese. As my three tormentors from Houston pointed out, only in Asia was the technological understanding of metal joined with the honor required to have superior craftsmanship.

There are plenty of other challenging aspects to being an armourer and they are all simply part of the experience. If anyone is interested in being an armourer, they must learn to operate in a multitude of roles. One of those roles, being an educator, is played every time someone asks a question about armour. Each time I can talk someone about my work, it’s a potential teaching moment. But more importantly, it’s the questions I’m asked that sometimes educate me. Sometimes the greatest skills acquired by a craftsperson don’t come from the application of the hand, but the application of the mind.