Today is the last day at the studio. As usual it started with choosing another special handmade mug for my morning coffee and a cup for my water... 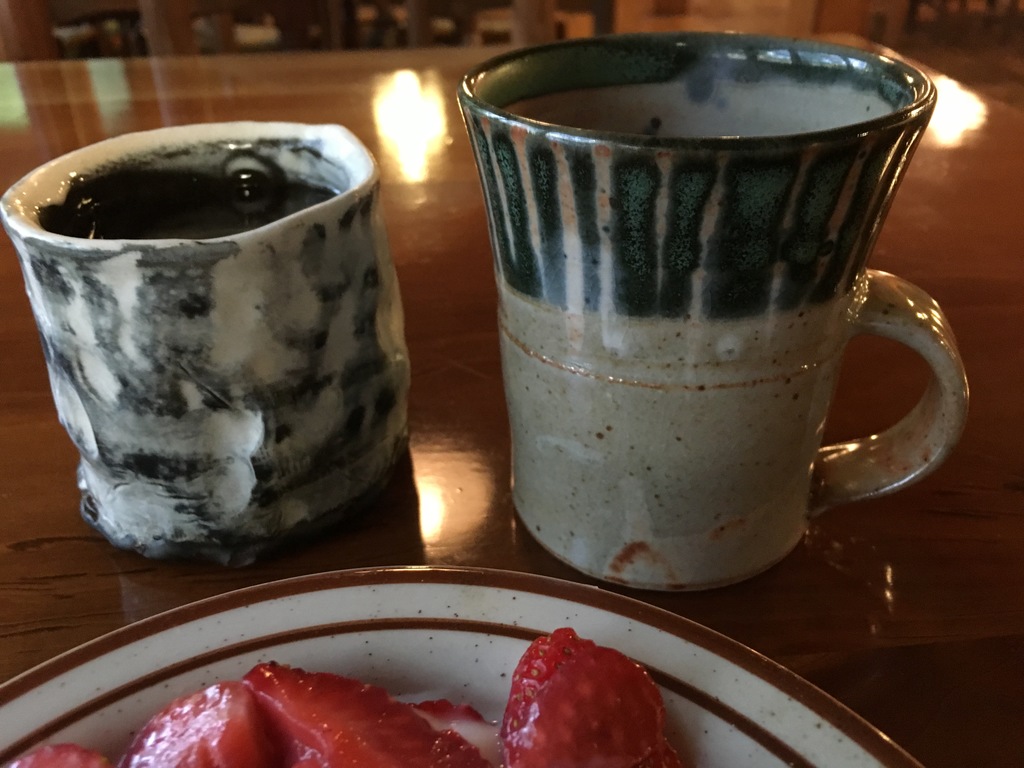 At the studio, everyone was putting the final touches on the work they've been doing this week. There was six of us in Ana's class. This is Haley Kesler working on little silver pendant using the granulation technique. She also finished a copper flask with a texture made by etching. 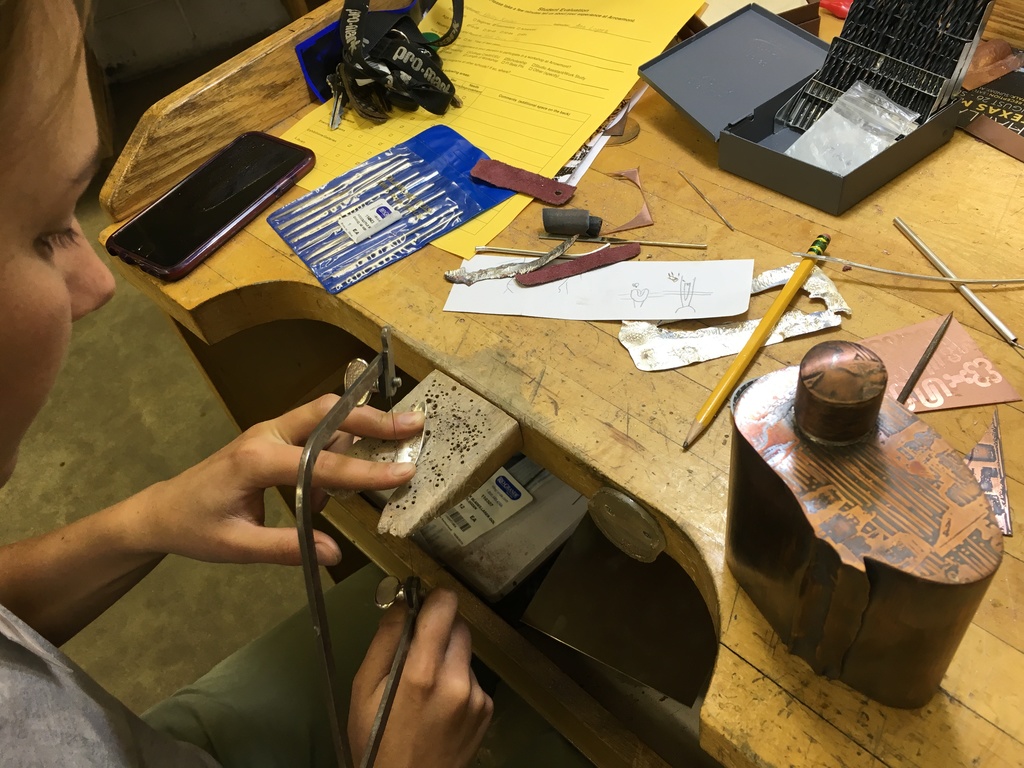 This is Anna Brittingham. She combined the etching techniques we learned with enameling. My picture does not do it justice but those domes are gorgeous. 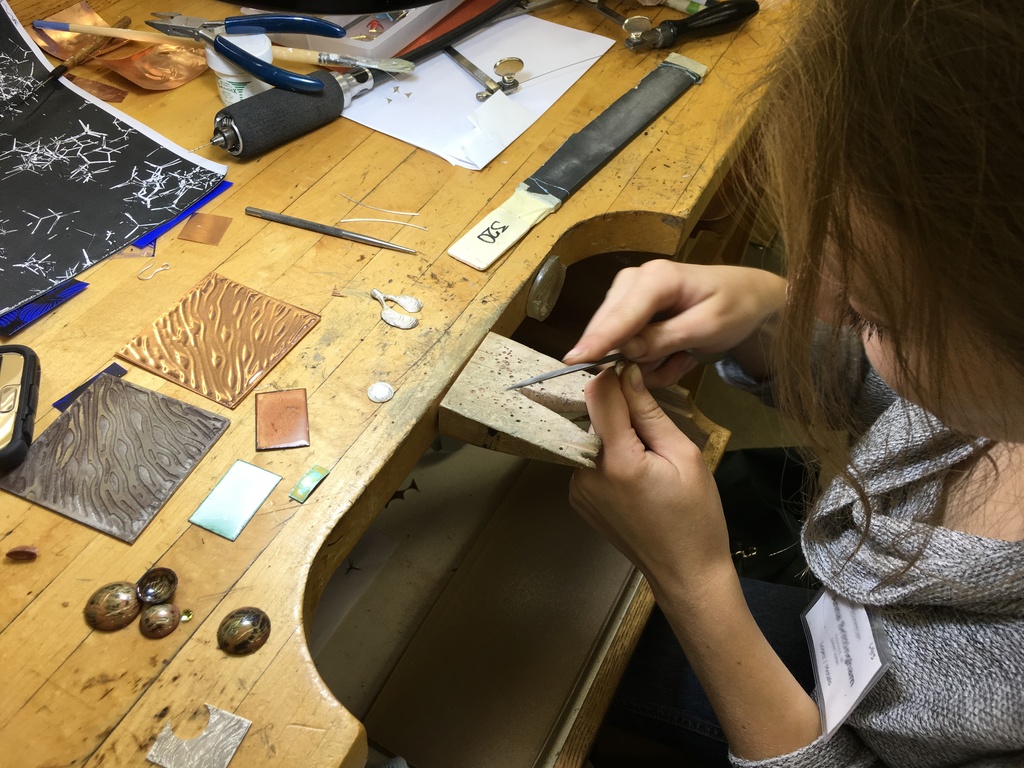 This is the work of Stacy Lynn Motte. She was not feeling too well the past two days, nonetheless she managed to practice much of what we learned. This is the work of Richard Vanstrum. He is a photographer so he actually went around campus and captured these beautiful images with his camera and then converted them into texture using the various techniques that Ana taught. isn't that clever? 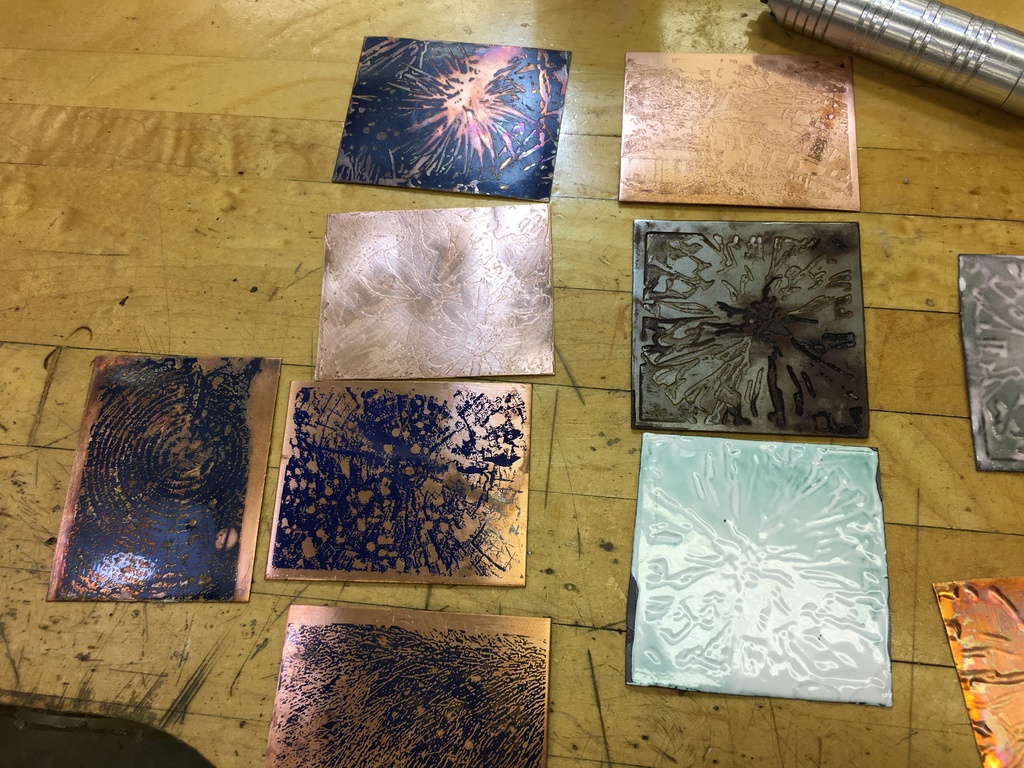 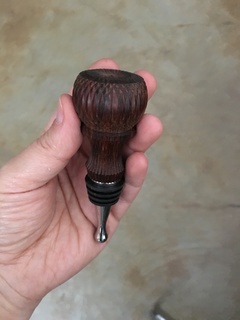 Richard is also a wood turner. On the first day of class he offered each one of us a bottle stopper which he carved on his very own rose engine lathe. This is the one I choose. I will treasure it, thank you Richard!

And finally, this is Vicki Osowiecki wearing one of her beautiful pendants. 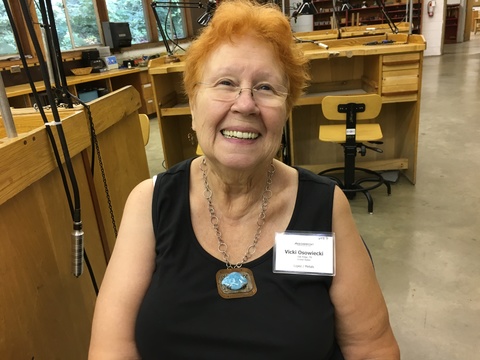 Even Ana was working on her latest project for her upcoming show at the Georgetown Art Center. Ana's most recent inspiration comes from her travels. The bracelet she is working on in the picture below is from an image she took of a water waste vent in a cobblestone road in Paris. The vent had these rocks caught in the grids that made her think of "stone setting". She plans to set rough cut diamonds in the grid to emulate the effect. We got to follow along to see how she used various textures to replicate the cobblestone effect. 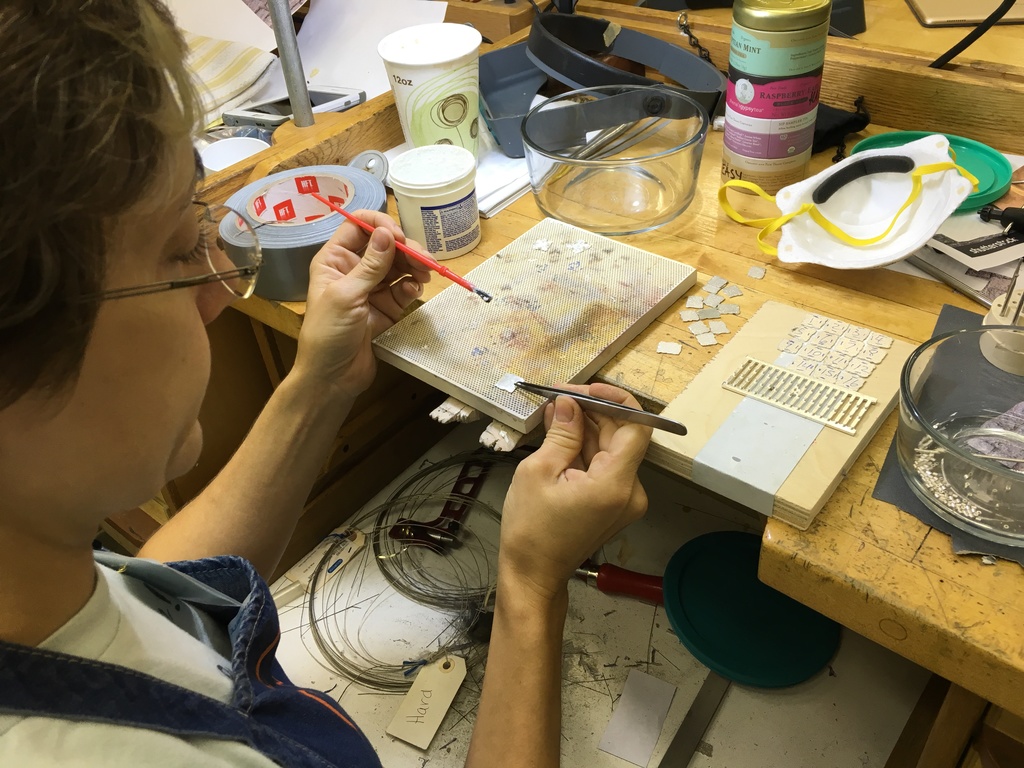 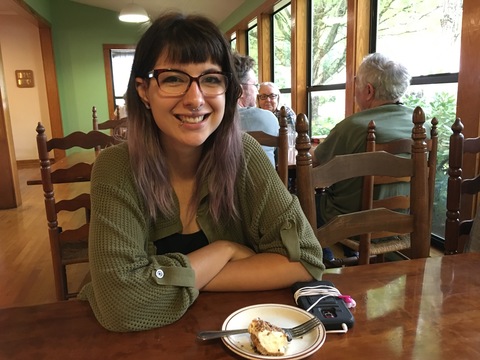 I met Naomi Noel Snortum during the shuttle drive from the airport. We did not talk much then as we were all tired. I got to have lunch with her today and learned that she traveled 24 hours by bus to get to Arrowmont. Naomi came all the way from Milwaukee, Wisconsin to attend the enameling workshop. You can see some of her beautiful work here.

I am posting this much earlier than usual because the library (where I use the computers to post) will close by six pm on the last day. So before I head to dinner, I will leave you with a video clip I took from a special screening that Jason Mitcham put together of his student's finalized project. Enjoy!

This is all beautiful work. I thought I was the only one who used the bus to get to a workshop. I took one to Penland, and Asheville NC. Not fun, but once it over, so worth it.

Love that Richard gave you all bottle stoppers as gifts. The craft community is the best!

Permalink Reply by Heba Barazi on August 6, 2016 at 6:47am
Everyone is so wonderful here. I will miss this place a lot!
I will definitely practice everything I learned!