The question on everybody’s mind: Whats FRESH and HOT for spring/summer 2013? 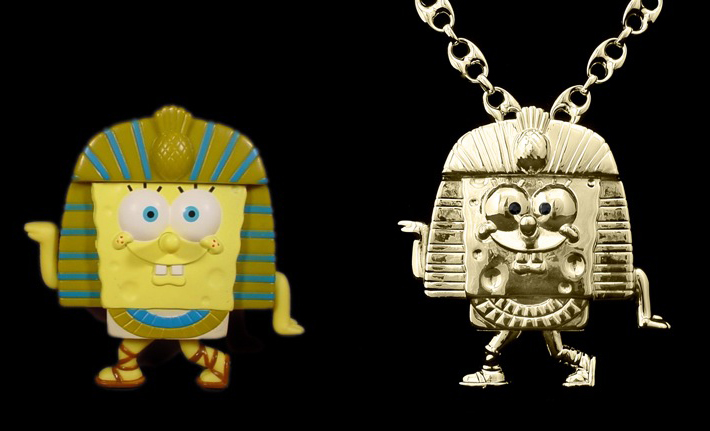 That's right, this little guy made quite a splash at fashion week, from pineapple under the sea to lights, music and runway...  The Pharaoh Spongebob toy was brought to me at Michael Schmidt Studios by the designer Jeremy Scott.  He wanted the toy to have new life and make a rather bold statement on his vintage chain.

The bob was first painted with an electro-conductive spray paint and electroformed over a period of two weeks, being rotated often, building up an even copper shell to protect the soft plastic. Then when the bob was strong enough he was plated in a layer of nickel and then a layer of 24 kt gold.

Jet black Swarovski Crystals were flush set into the eyes for the finishing touch. 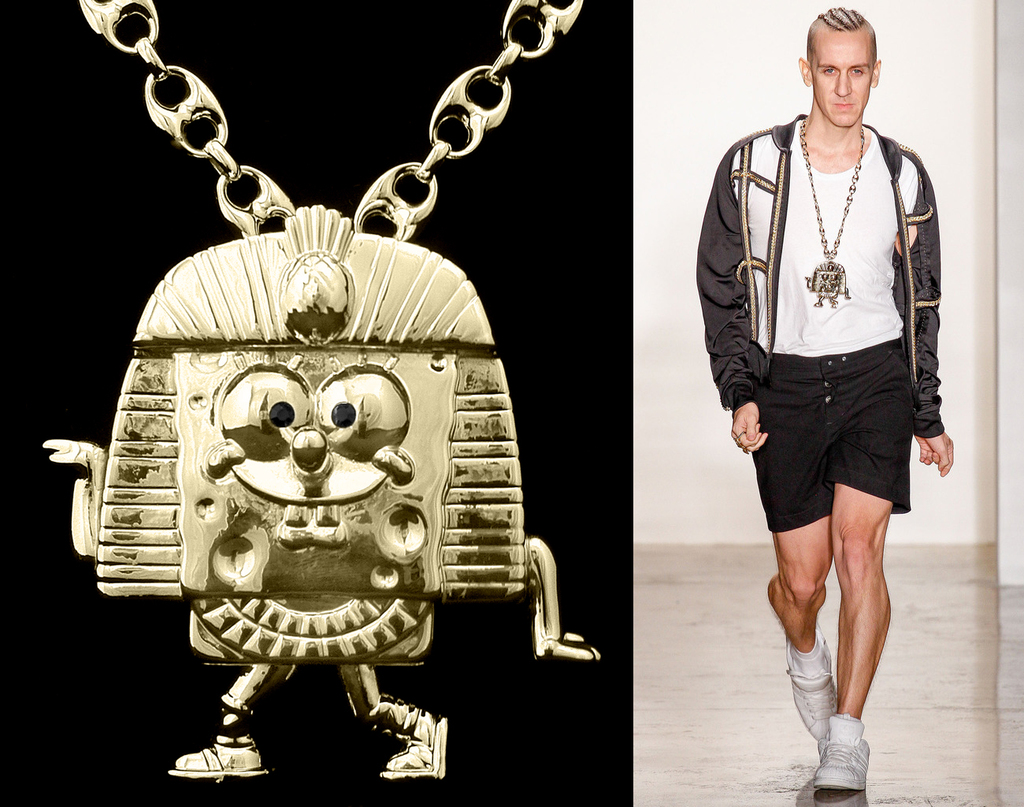 Here it is seen complementing Jeremy Scott's smashing ensemble @ the close of the show.

Permalink Reply by Brigitte Martin on September 13, 2012 at 3:23pm
You really snatched one of the most interesting and versatile jobs in the industry!! Can't wait to see what they have you do next....