I rather enjoy that my job brings new and exciting experiences. This is one of the benefits of working with Michael Schmidt Studios, as the jobs are usually of interest and challenging. For our most recent endeavor, I’ve taken up “rope-smithing.”

Below is a photograph of the knotted rope sculpture Michael Schmidt designed for the new Whole Foods at Fashion Island, Newport Beach, CA. 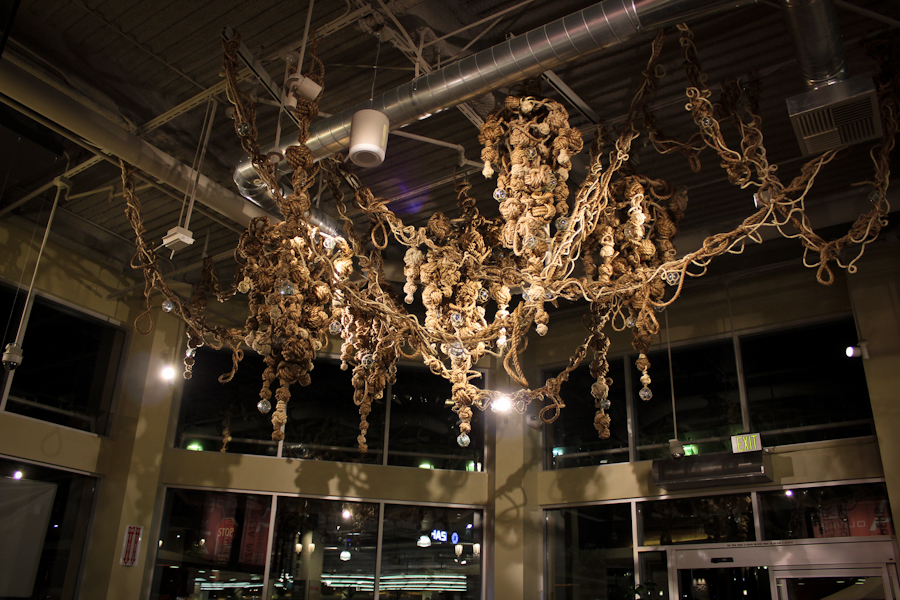 This is the first interior that I have had the opportunity to work on with Michael. The several hundred pound knotted rope installation hangs permanently in the beer and wine rotunda of the Newport Beach Whole Foods at Fashion Island. This Whole Foods aims to blur the line between grocery store and destination, featuring a full bar, restaurants and a beer & wine bar.

The project, from the time the studio accepted the job to the market’s grand opening, occurred within six weeks.  After the site visits, the measurements, and the drawings, we had a clear idea of placement, scale and weight.  These are things we had to know in advance for fabrication of the armatures, and for the placement of the reinforced struts in the ceiling. 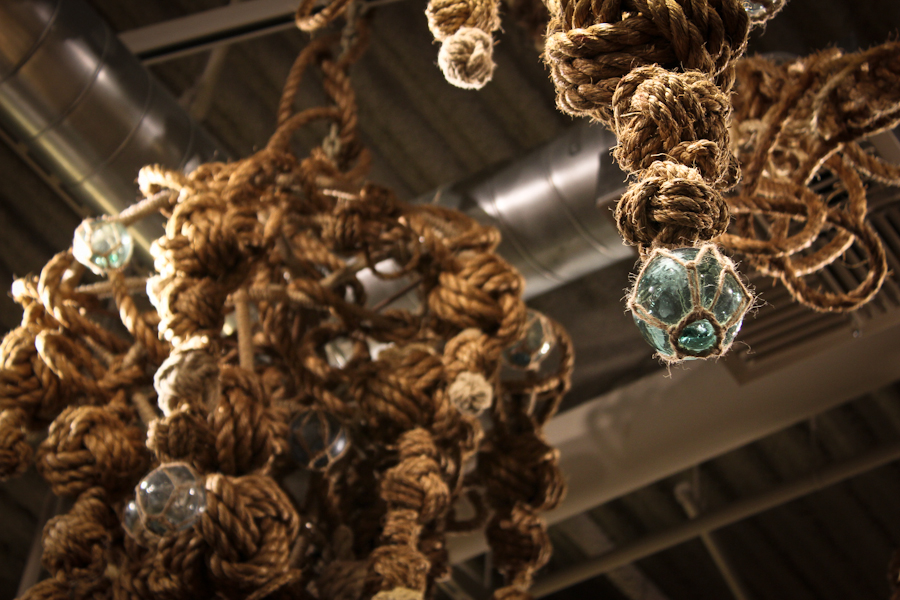 Michael had given me a very thorough walkthrough of the monkey fist knot – I had not known of it’s nautical history and had never really explored the qualities of rope. The knots were traditionally tied around weights and were used at the ends of rope lines on ships to throw to a neighboring vessel.

I picked up the tying quickly, aiming to beat my own time record each round; I got it down to just a few minutes, and it was no time at all before I had a handful of interns trained and tying knots just as fast. There were several different knot sizes and a few different tones of rope in the heaps of hundreds of knots in the studio.  Primarily, the installation uses manila, sisal and hemp rope. 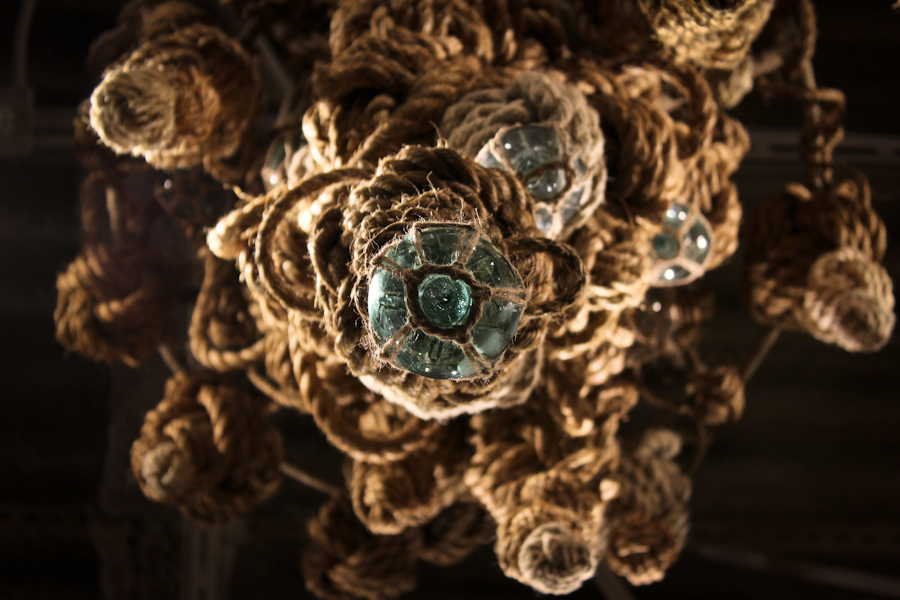 Intermixed with the clusters of monkey fists is the accent of antique glass fishing floats. These floats were hand blown down in the engine rooms of coal-powered fishing vessels. Many of the floats get their wonderful green color from coca-cola bottles drank aboard ship. Over time the floats broke free from sunken vessels and were carried in the ocean currents; they wash up on beaches all over the world. The sculpture was installed over the course of three days with the help of a lift and a few able bodies. On day 1 the structures were installed; on day 2 the rope vines were added, and on day 3 the glass fishing floats were added and the sculpture was tweaked to perfection and photographed.