I've been avidly devouring a very strange and marvellous book indeed. "Out of the Woods" by one of the founders and contributors to my favourite music website, "The Quietus", is an odd melange of autobiography, social history, confessional, and psychogeography which is - mostly - beautifully-written and poetic, his writings about his relationship with his parents being especially touching. 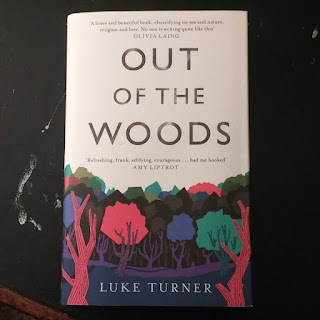 What makes this book especially unusual is that it is written from the point of view of someone who defines himself as "bisexual", a definition which we have overlooked in recent years, one which we don't hear much from in the ever growing list of L, G, B, T, Q, I, +..., all of whom seem to be eager to shout each other down. Turner goes some way to explaining this - the fear of the 'other', the power of homosexuals to adopt heteronormative roles, the way in which bisexuality undermines those roles in a way which "gay" can never do. Based around the author's relationship with London's Epping Forest, the book twists and turns around and within the forest, exploring the role of "nature" in modern life, the author's psyche and relationships and with London. This book opened my eyes to an aspect of sexuality which I had, like most people, inadvertently ignored, my only criticism being that it could have done with a more rigorous editor. Having said that, I am going to love any book which gets this review from tory rag, "The Spectator".

On the subject of frothing tories, I came home to this heap of shite on my doormat: 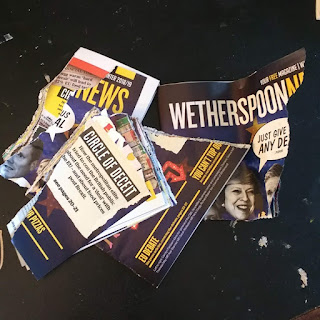 Needless to say, it wasn't ripped up when it was delivered. I did this for effect. Ghastly pub chain, owned by the definitive "swivel-eyed loon", Tim Martin (he really does look like something "League of Gentlemen" would have come up with) serial exploiter of poverty-wage employees and with a personal wealth of something around £500m has decided to squander some of his shareholders' profits on putting out propaganda for the disaster-capitalist wing of the tory party.
Naturally, he doesn't consider that it will be his finest, elderly customers who suffer the most if the UK leaves the EU... he's alright, Jack! He's one of the richest people in the UK. Like all the others pushing for the UK to leave the EU: Rees-Mogg, Banks, the Barclay Brothers...

I've spent the last week with friend and colleague, Dan Russell, setting up our "A Waste Land" show, of which I have previously written. This week was the install, filling the gallery space with all the waste we've gathered from the streets of Birmingham and Chatham. Dan was brilliant at curating the waste and it looks really good. 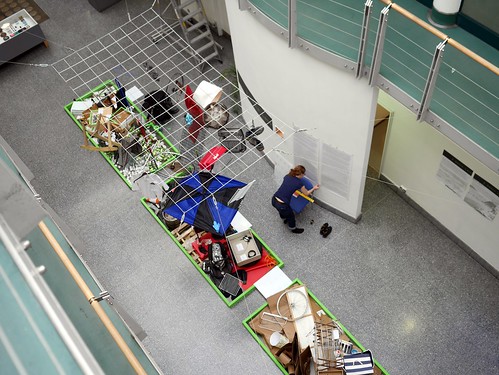 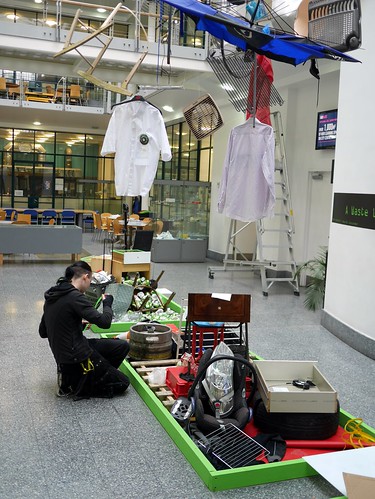 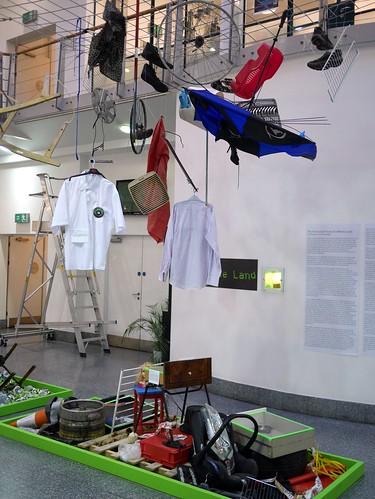 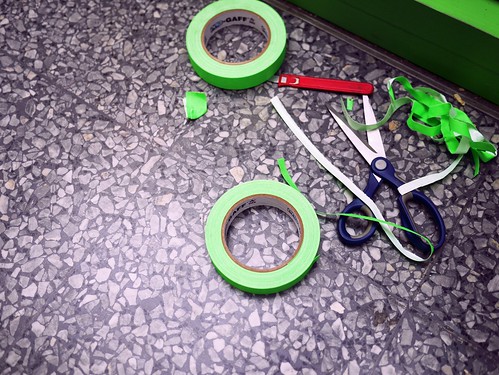 We've not released any photographs of the work yet, but can now reveal how some of the cabinets look: 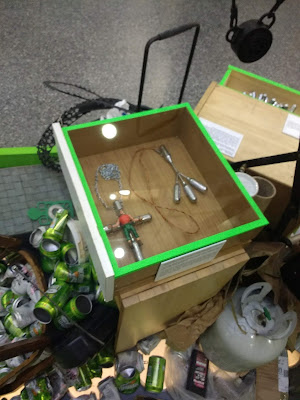 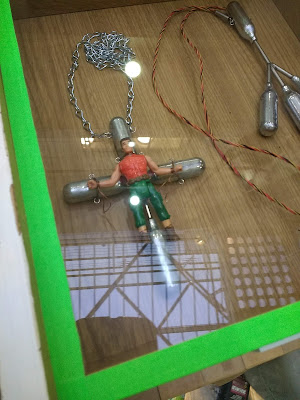 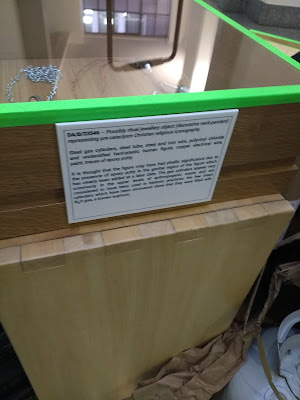 Each object comes with a "museum card" which we hope is in the style of anthropological museums, bolstered by an essay by Dr. John Scanlan and videos of our working process and the gathering of the waste.

The opening is on Tuesday next week. Tickets for our "in conversation" event at 6pm are available here.

There will be music played on waste instruments by students at Birmingham Conservatoire and food by The Real Junk Food Project Brum.

On Tuesday night, Dan and I went to Centrala to hear a piece I've wanted to hear live for years, Fausto Romitelli's "Trash TV Trance" for solo electric guitar and electronics. Played by Simon Aeschimann of the Ensemble Contrechamps,  this was an amazing performance and everything I had hoped it would be. 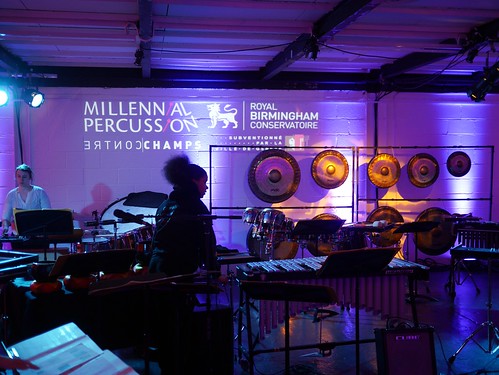 Afterwards there we moved upstairs for the performance with the percussion department of the Conservatoire along with the Ensemble for the premier of a ravishing new work for guitar and marimba by Fumiko Miyachi and a performance of Ligeti's absurdist song-cycle, "Sippal, Dobbal, Nadihegeduvel", which was also wonderful. It is such a privilege to have access to this much interesting music, played to such a high standard.

Here is a recording of Trash TV Trance, performed by the person for whom it was written, Tom Pauwels: