A Strange Definition of Mental Illness

I remember hearing an article on Radio 4's "All in the Mind" programme about how the definitions of mental illness were changing due to the re-writing of a single book which is generally used to define all mental illnesses. A psychiatrist who disagreed with the new definitions pointed out,

I paraphrase but probably not by much as the whole thing struck a chord in me and I've remembered this comment ever since. On Thursday last week, I had cause to remember the comment as I sat shivering over a bowl of hot pasta, having sat about four four hours in an icy studio before cycling home in icier weather, reflecting on the joy and excitement of meeting someone fascinating with whom you just immediately "click", someone who understands the notion of basic happiness and who sees the truth in the unfashionable, Marxist notion of 'the dignity of labour'. 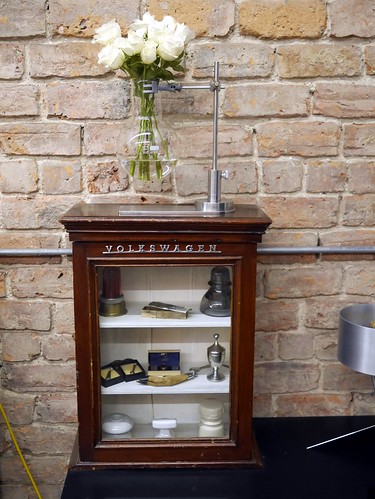 Just before Christmas, I received an email from Alan Blair suggesting that we shared a similar aesthetic and that it might be a good idea to meet up. He enclosed this picture of a chandelier he had made from discarded skull-shaped vodka bottles and I, of course, agreed completely! Alan is bursting with creative energy, excitement and sheer joie-de-vivre; like me, he shares a past in scarifying experiences of playing on rubbish dumps as a child but unlike me, his background is strictly technical engineering, thus his work goes off in related but technically different directions to my own. 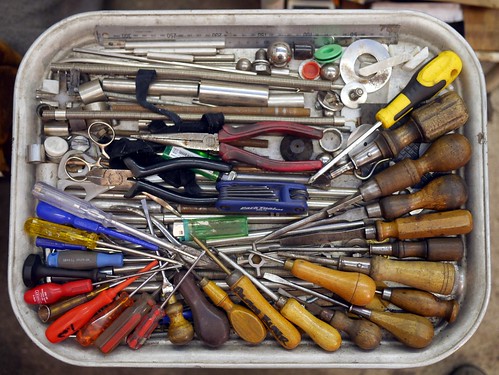 Al is currently working on refurbishing the legendary "Bar Ten" in Glasgow and I'll post photographs of that when it is finished. 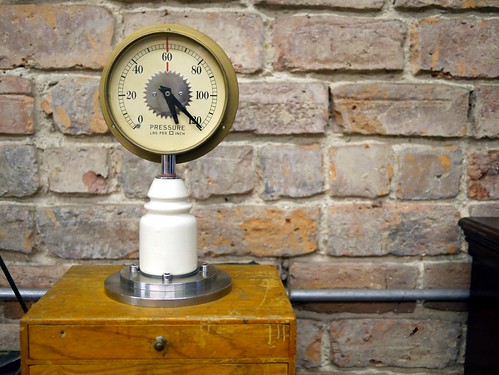 You can see more of Alan's work and inspirations here and here.

Back in my own workshop, I've been mostly working on the pair of bangles which I'm making in response to the Kickstarter rewards to make the publication of the ScotStreetStyle book happen. I offered a bangle to someone pledging a sum of money, which they duly did but for some reason, the reward part didn't happen. Understandably, he got in touch and I have been working on the bangle ever since. Largely because he has been kind of vague about what he actually wants but also because I wanted to do it, I've made a pair of bangles so that he can choose the one he prefers. The only instruction I had was "basically a vampire", "lots of romantic gothic designs then, something very punk". Which is what I have done: 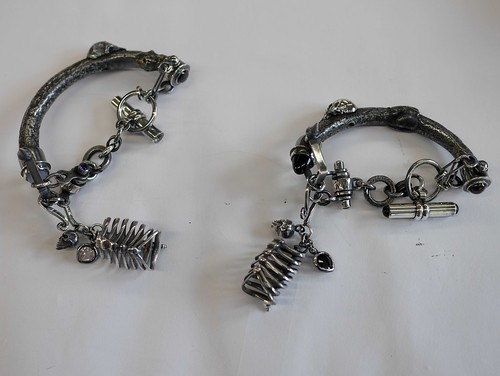 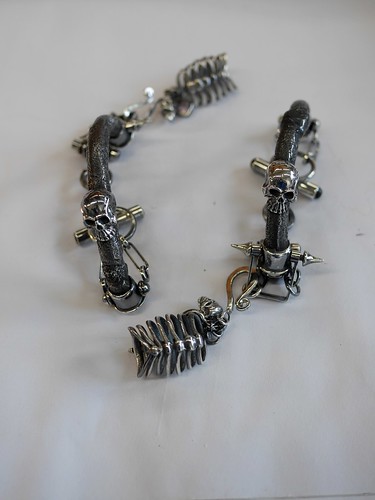 The rib-cage "charms" are removable, which allows them to be worn separately on chains which I haven't yet finished. 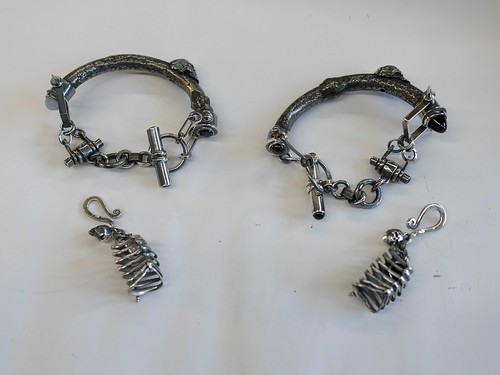 Next week will be the last workshop week I have to myself as Alan Moore (Ten30) has commissioned me to make the cufflinks which will be worn with the uniforms he is making for the new Caledonian Sleeper trains! You can get an idea of how the uniforms will look from the website but the cufflinks are under embargo until the full launch.

Other than that, I've been celebrating my mum's birthday, Dingo's birthday, visiting my tailor for a fitting and seeing the last few days of Alasdair Gray's retrospective in Glasgow (see last post for details). 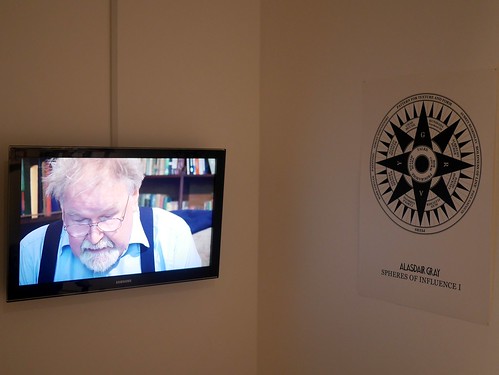