Two posts in the space of one week - so much going on and I still have the feeling that next week's post might be a busy one too. 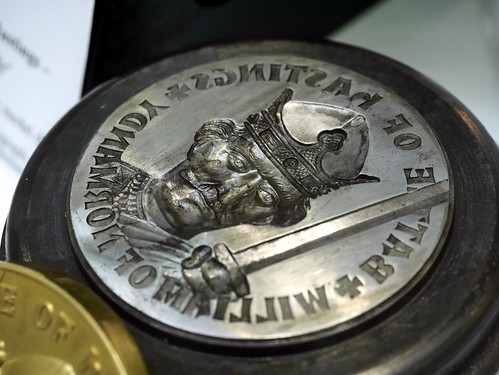 This week saw the opening of the Symposium that I organised in conjunction with The British Art Medal Society, The British Museum and local companies, Toye, Kenning and Spencer and Thomas Fattorini, "Art Medals: History, Philosophy and Practice".

Most people are completely unfamiliar with medals and assume that they are necessarily military in origin or something given to sporting people at the Olympic Games, but medals have a long and very distinguished history as art objects in their own right, as objects to commemorate events and, perhaps surprisingly, as tools of political comment. All of this was brought to the fore during the symposium.

The day was kicked off by Gaynor Andrews, Head of School and then the subject and BAMS was introduced by Janet Larkin: 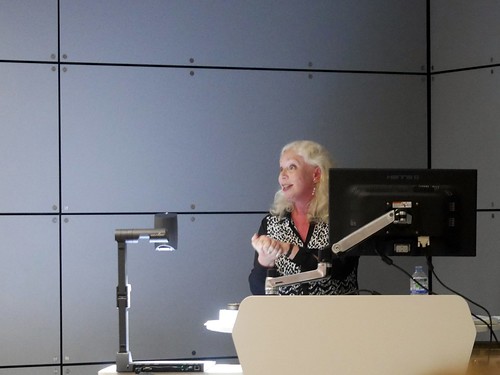 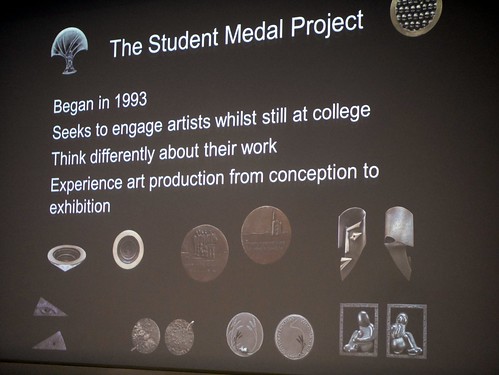 This last image pleased me SO much as one of my previous students from Glasgow, Laura Sykes, features on it!

Next up was Jim Baker, who has a long history of working in the Jewellery Quarter as a medallist and die-sinker. 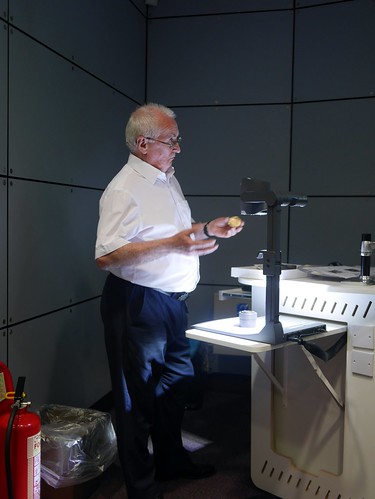 Jim brought with him some of his collection of historic artworks which were produced for medallists to work from: 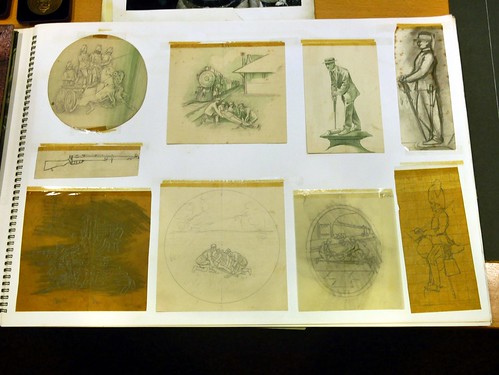 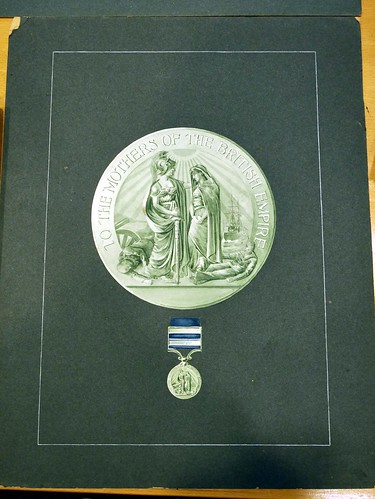 And also some of the medals which he had designed and made: 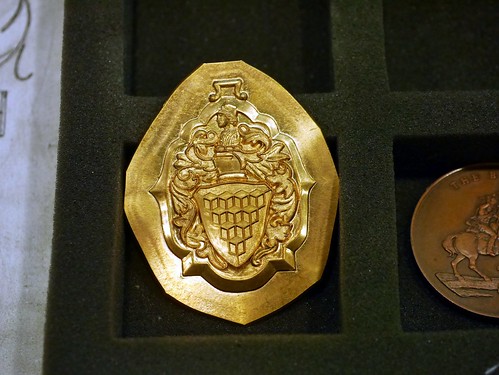 He also brought along a handling collection which the delegates could touch and ask questions about. This was very useful given that my experience of this competition shows that students often are unclear about scale, weight and materials, as well as the idea that a medal is seen "in the round", that the edge matters every bit as much as the back and the front. 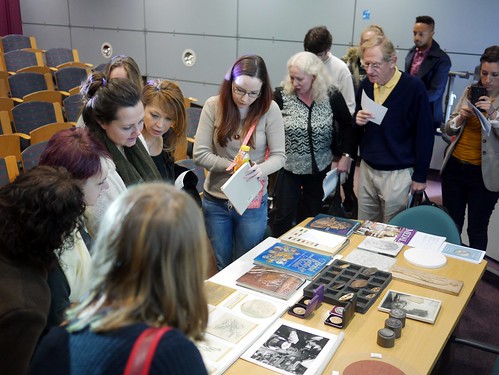 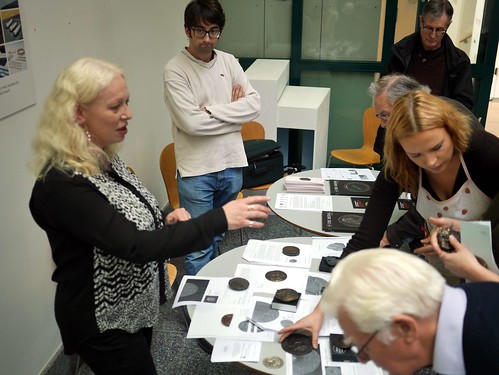 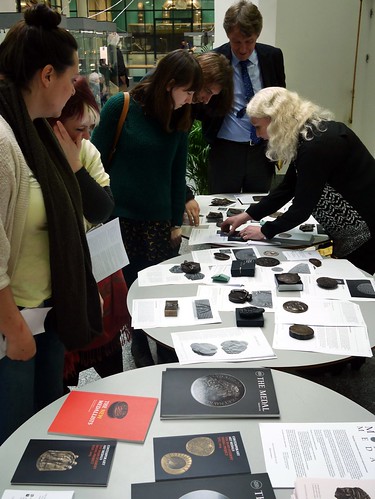 Lunch was laid on by the excellent services of The Real Junk Food Project Brum and was the talk of the workshop the following day (in a very good way): 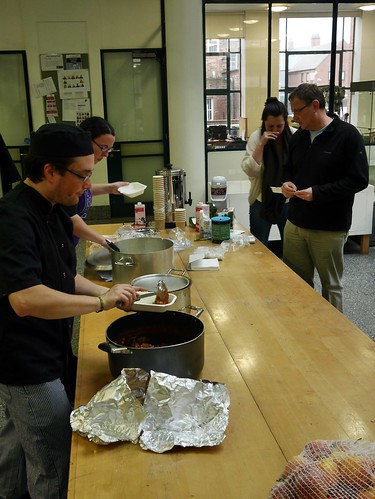 There was plenty of time to peruse the displays and to touch the medals before the afternoon session. 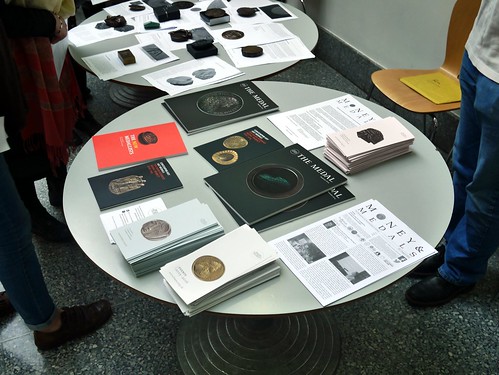 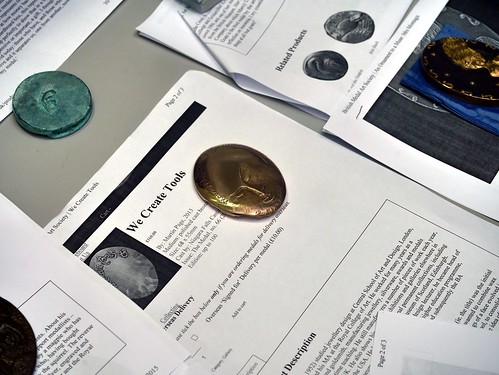 My own favourite medal is by the very English satirist, Ronald Searle: 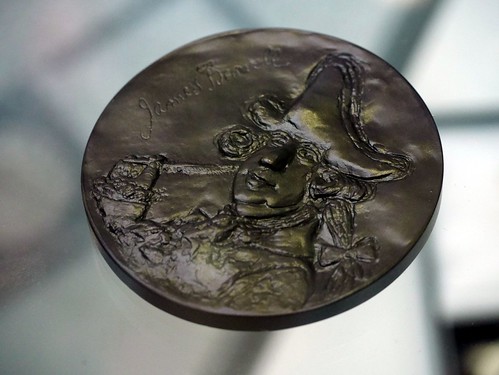 After lunch, we returned, this time to hear about Heidi Hinder's subtle, thoughtful and elegant medals which push the conceptual boundaries of what medals are all about. 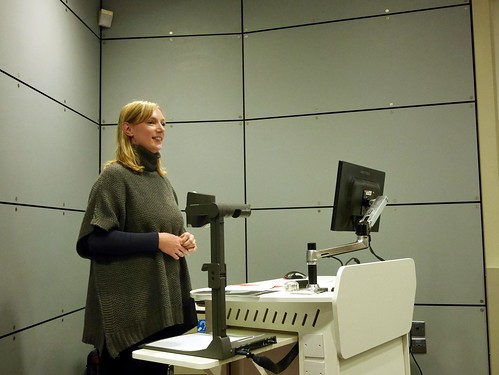 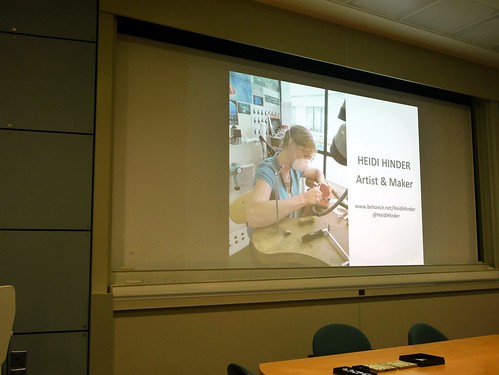 In a lovely accidental piece of programming, Heidi was followed by her mentor, Ron Dutton who, in his own way, is also pushing at the boundaries of what medals can be and it was lovely to have both a fairly new maker and an established maker who are both - in very different ways - challenging the form. 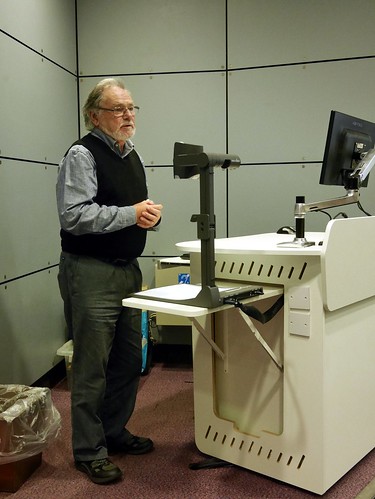 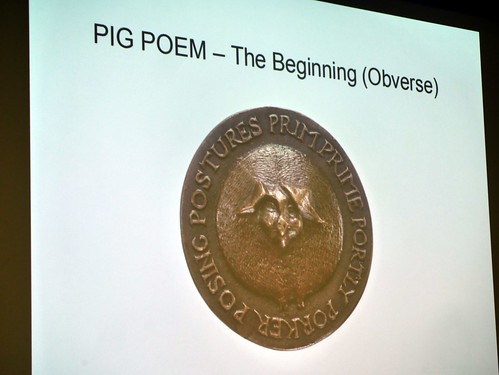 Which brought the symposium to an end.
What characterised the symposium was, without doubt, the boundless enthusiasm of all the speakers for their subject. Too often, one hears re-heated talks that have been given over and over but these speakers are so excited by the subject that even if they have given these talks before, they felt fresh and interesting and I'm grateful to them for giving of their time and expertise to make the event a success.

I will continue to post about the medals that the students start to produce. 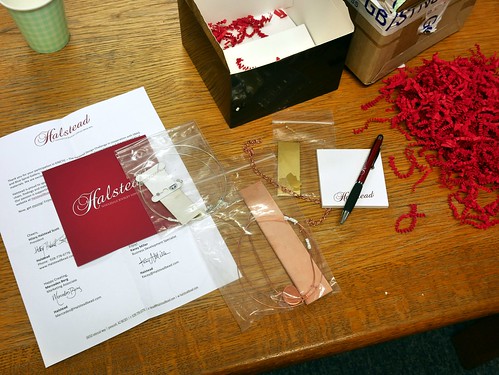 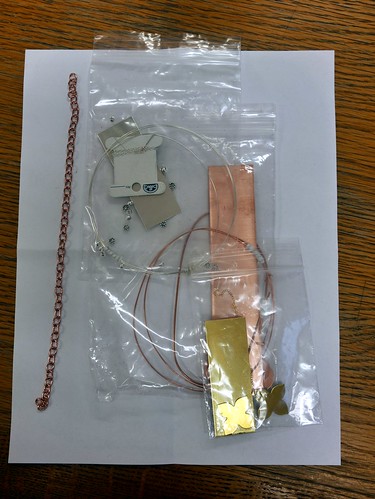 So now it is on with the research. I've been reading everything I can about Punch and Judy this last few weeks...

SO, next week see the launch of JUNK: Rubbish to Gold at the School of Jewellery, in which I - along with my colleagues - will be a participant. The foyer of the School has filled up with 650kg of discarded jewellery which is going to be reconstructed by jewellers with the results being auctioned off for charity. 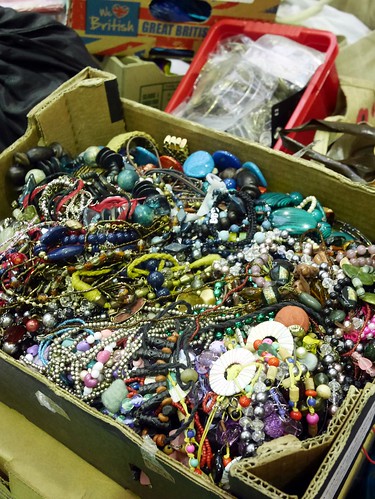 I had never realised that there was so much ghastly jewellery out there! And it smells.
Smell notwithstanding, we will be working hard next week to create something valuable out of this comess of base metal and beads. We also get to wear an exceptionally cool teeshirt while doing it: 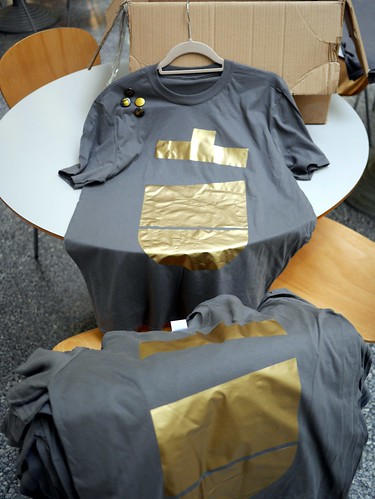 I may have to wear something over mine as they are so good that I don't want to subject it to the damage that most of my workshop shirts receive!

You will be able to watch the event live on YouTube, either from the link or by looking at it on this blog:

At some point tomorrow, I will be there...

Spent yesterday trying to sort out a mortgage to allow me to buy a house in Birmingham, wandering about the city (another trip to the fruit and vegetable market at Digbeth!) 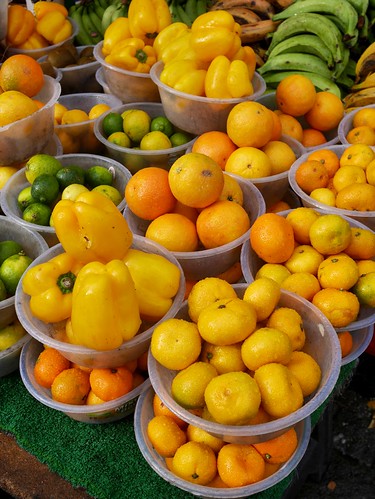 And rather delightfully meeting with an old friend from my University days to whom I had not spoken for some 20 years. I didn't get a photograph but here is a shot of her at University... 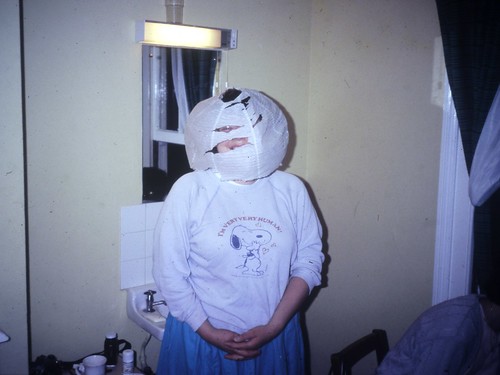 And to avoid accusations of being unfair, here is one of me taken in the same era: 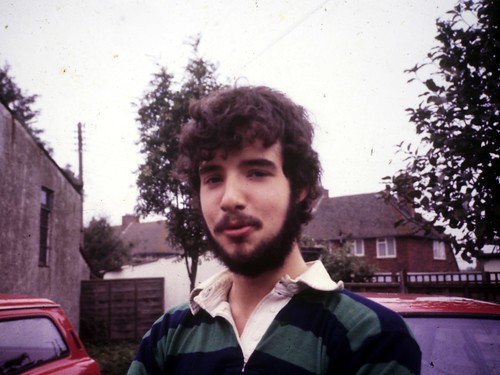 Thanks, Brigitte! It is an absolute joy to be involved in the crazy goings on in the School of Jewellery. I am glad that you enjoy the blog posts.

I always love your posts because of the interesting projects you are involved in. Best wishes for the Halstead Challenge and for JUNK!