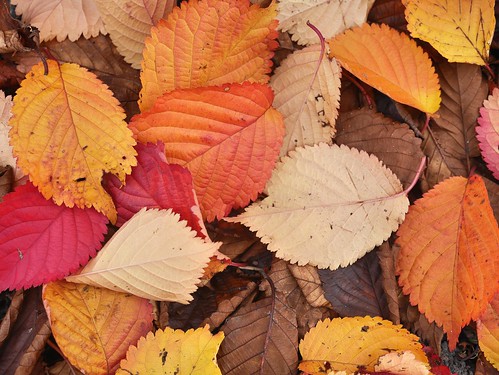 It's that time of year again.

Life in Birmingham continues apace and if I'm being honest, I have to confess that it all still feels a bit unreal. Reality came one step closer this week as I sold my Glasgow house after having lived there for nearly 25 years - it would have been 25 years exactly on 1st December 2015. 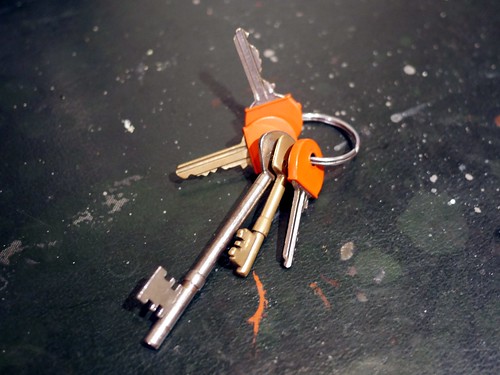 I sent the last set of keys back on Wednesday and by Friday, the house was no longer mine. In a pleasing turn of events, there were several offers on the house, one of which was more than just an offer of money. Rejecting the absurdly over-inflated offers of scumbag property developers (of whom my estate agent warned me that they fill the contracts with conditions and end up knocking the price right down) , I was delighted to be able to sell it to a woman whom I had last known when she was a girl of no more than about 10 and who lived downstairs from me in the same block.

Now to find a place in Birmingham!

Spent a lot of time in the basement at the School of Jewellery, doing my health-and-safety induction, learning to use one of the big lathes and meeting some of the wonderful people who intermittently work there. This time, it was engine-turning expert John Moorehouse who was in to work on a silversmithing project. As the silversmiths were in, the impressive stake-room was open... 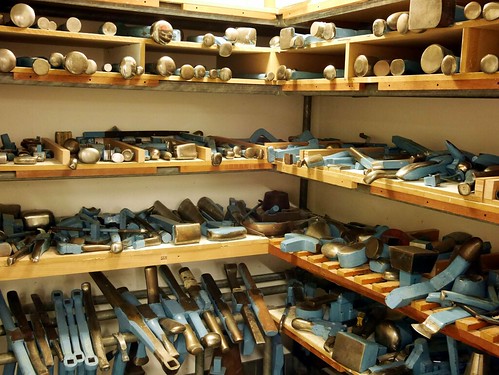 This is just one corner and they go from floor to ceiling!
I particularly liked the re-purposed artificial hip-joint: 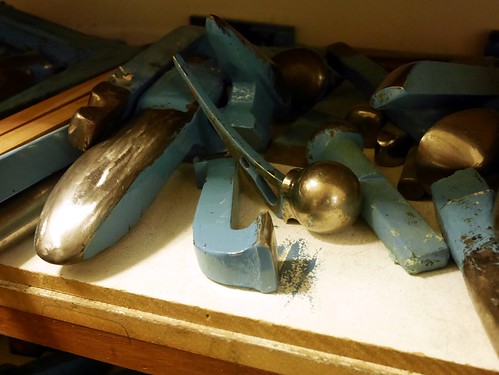 Apart from that, I started work on the Halstead Challenge for SNAG this week, making a model of the largest allowable size for the piece: 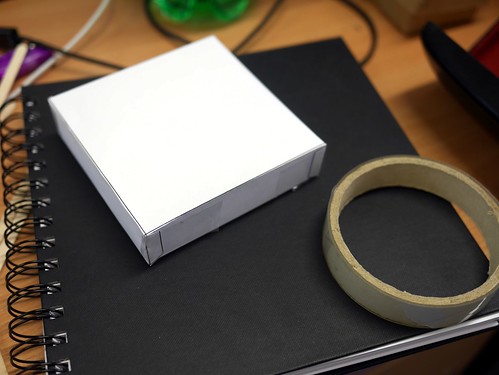 I've also been doing my background research, which I am hoping will include a meeting with a Punch and Judy Professor.

Also on the bench are some more finds, including these rather lovely glass buttons: 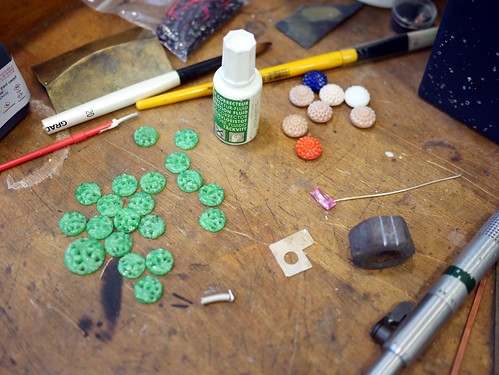 No idea what I'm going to do with these yet.

Jichan Chai was back in touch and sent me a photograph of me wearing the coveted "Conqueror" brooch: 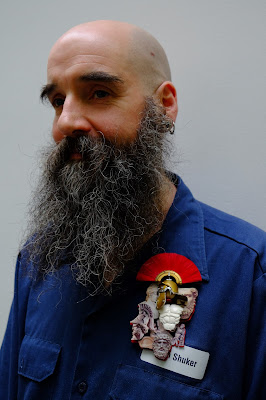 Yes, I appear to have changed name. This shirt seems to perplex so many people: I bought a whole load of these shirts for £1 each to wear in the workshop and there are a variety of names on them. People don't like that...


You may recall that I visited the studio of Zoe Robertson a few weeks ago and this week she modestly failed to let everyone know that she was selected for the European Prize for Applied Arts being held in Mons, Belgium, European Capital of Culture, 2015.

It is sobering to realise that I work with these people!


Hallowe'een in Brighton. Dingo and I didn't do very much 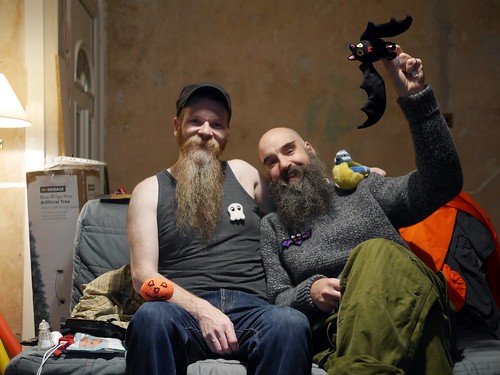 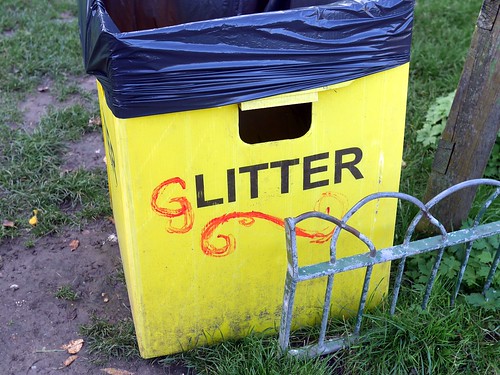 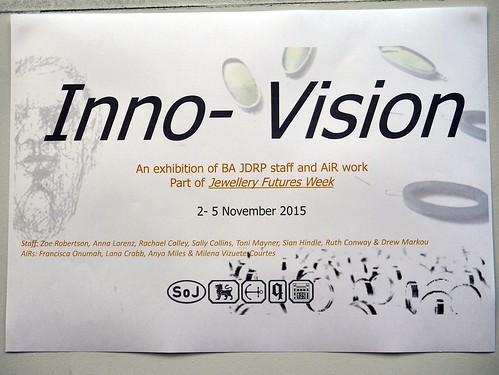 This week saw the opening of "Inno-Vision" at the School of Jewellery, an exhibition of works-in-progress by the tutors and artists in residence on the BA Jewellery and Silversmithing course. This opened with a highly unorthodox "fish 'n' chip" lunch! 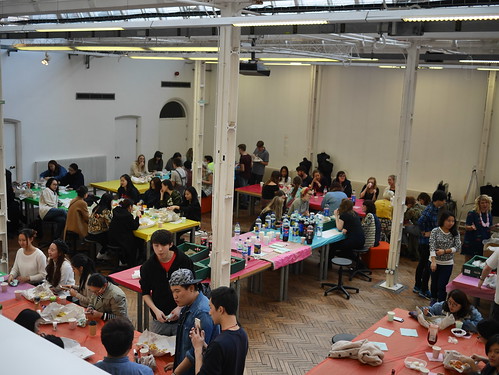 (The whole place still stank of vinegar this morning!)
It is great to see the works of my colleagues laid out as an exhibition.

This week is also the week of the symposium organised by me, "Art Medals: History, Philosophy and Practice" and some of the display medals came in this morning from Toye, Kenning and Spencer and Thomas Fattorini. Both companies - who are based in the Jewellery Quarter - have been incredibly enthusiastic and supportive.

I was particularly interested in this by TKS, which is a reproduction of a Suffragette medal: 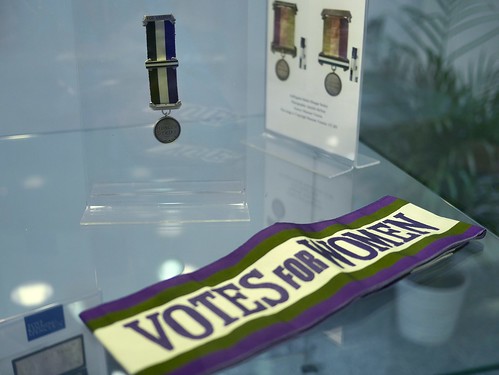 This was made for a recent film about the Suffragette movement. Thomas Fattorini have supplied a range of medals which have been struck from dies... 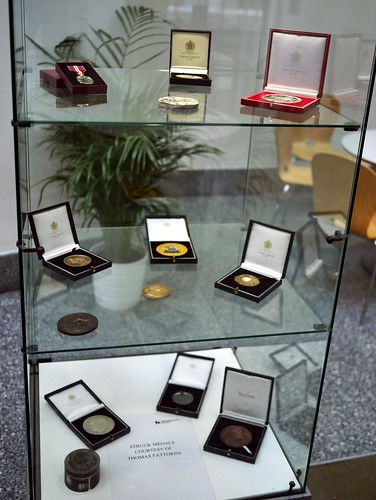 The symposium is on tomorrow, so more about that in my next post.

It would be fun!

Hope you are well.

Comment by Brigitte Martin on November 3, 2015 at 3:45pm
Dear Mr. Shuker,
I happen to like your shirt! Every day a different name, everyone should be that lucky!
Best to you and Dingo :)