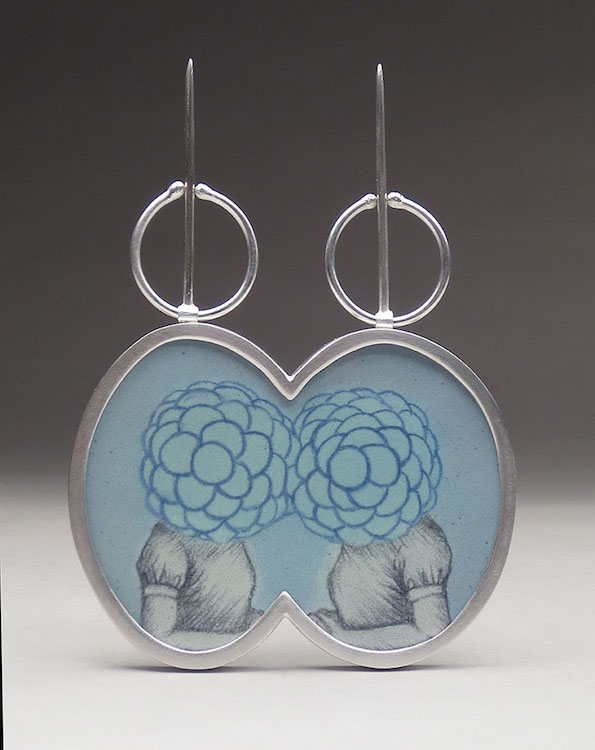 The Gallery at Reinstein|Ross is thrilled to usher in 2016 with Flora and Flesh: The Work of Jessica Calderwood on view January 21 - February 28, 2016.

Calderwood is a Wisconsin-based mixed media artist who creates wall reliefs, freestanding sculptures, and wearable objects that explore women’s role in society. Flora and Flesh will feature the artist’s oeuvre in its entirety, including enamel jewelry and mixed media sculptures.

Sparked by Calderwood’s desire to understand and establish her place in society, and after giving birth to her first child, the artist created a series of large-scale sculptures that were human/plant hybrids. Calderwood, an artist, educator, wife and mother, wanted to express her conflicting emotions through these “self-portraits.” The flower/botanical forms are combined with fragments of the human body to create, what the artist calls, “anthropomorphic beings that are at once, powerful and powerless, beautiful and absurd, inflated, and amputated.” A large ball of flowers acts as a stand-in for a woman’s head or body, either resting on her shoulders or on a pair of dainty legs. These flowers are meant to be “beautiful, overwhelming, and suffocating” -- an expression of the artist’s emotions. Calderwood carefully chooses the flowers based on their symbolism and meaning, each bloom evocative of the feelings that she is trying to convey.

Effortlessly moving from large-scale to small-scale work, this exhibition will also feature Calderwood’s jewelry. Recognized for her mastery of enamel, Calderwood is interested in working with media that is considered to be a “marginalized craft”. This is what initially attracted her to enamel, a material that is historically part of the woman’s sphere.

Recently the artist has started to incorporate polymer clay, porcelain, wool felting, and glass beads, materials that are also attributed to a woman’s hand. Calderwood first started using these materials in her sculptural work but they have slowly become a part of her jewelry making vocabulary as well.

The foundation for this recent body of work came to fruition during Calderwood’s Residency in the Arts/Industry Program while at the John Michael Kohler Arts Center, Sheboygan, WI.

Flora and Flesh will feature work that is darker, the figures more “contemplative in their stance”. Interested in examining the grimmer side of gender roles, Calderwood is exploring the tension between bright florals and the dark gestures. For the first time she is including a male figure in her work, hoping that this would spur a conversation about relationships and domesticity that is more direct versus being something that was alluded to in her previous work.

Although trained as a metalsmith, Calderwood first made jewelry as “maquettes for the larger work”. Her jewelry, primarily brooches, has since become an essential part of her output. The artist feels stimulated by the dialogue struck between the large scale and small-scale works; particularly what it means to wear images of the body on the body. 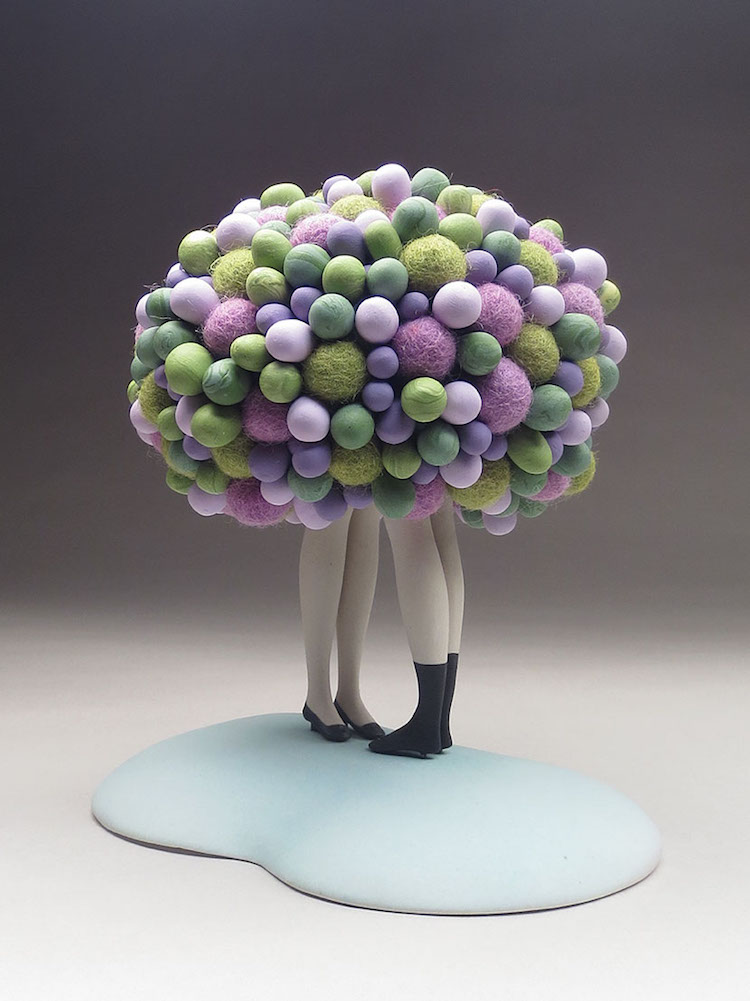