In Leeds, Yorkshire, for a training course in using Gemvision's "Matrix" software for jewellery design. Matrix is a kind of super-sophisticated overlay for Rhino, which is aimed squarely at the commercial and retail markets but which has enormous potential for the less traditional maker too, having tools which allow the laying out of pave settings on any shape, the ability to calculate how many stones of a given size it would take to fill any given space, and many other procedures which jewellers find tiresome to do manually.

The programme also has a phenomenally well-conceived rendering engine based on V-ray, which gives excellent renders at very high speed in surprisingly short periods of time.

Although I would never make the pieces shown below, these rings were made start-to-finished render in about ten minutes: 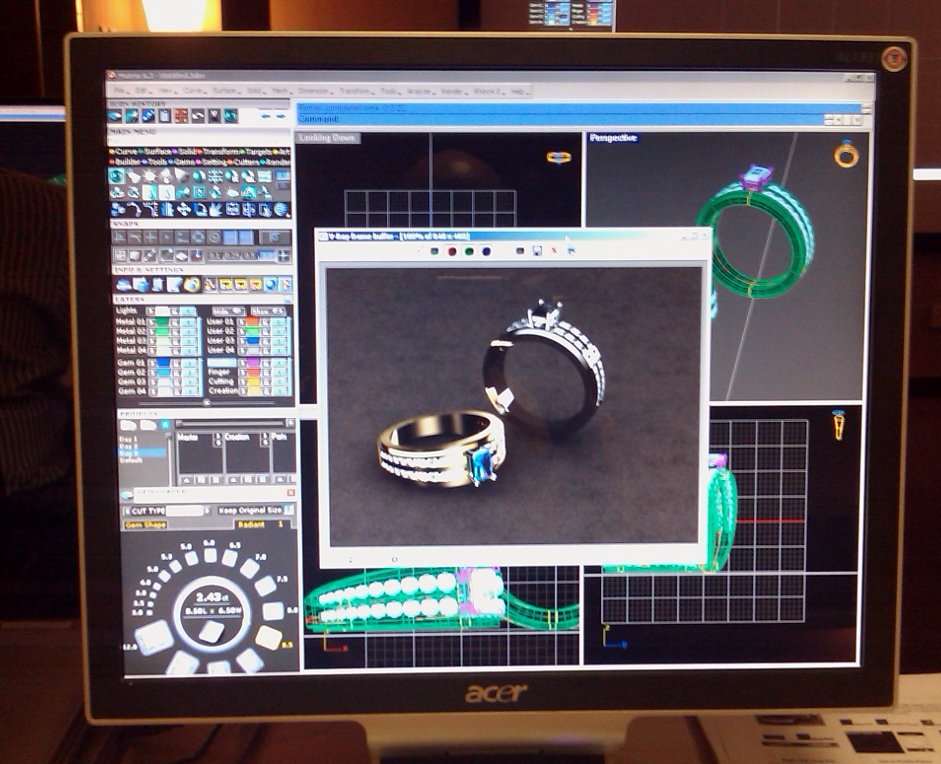 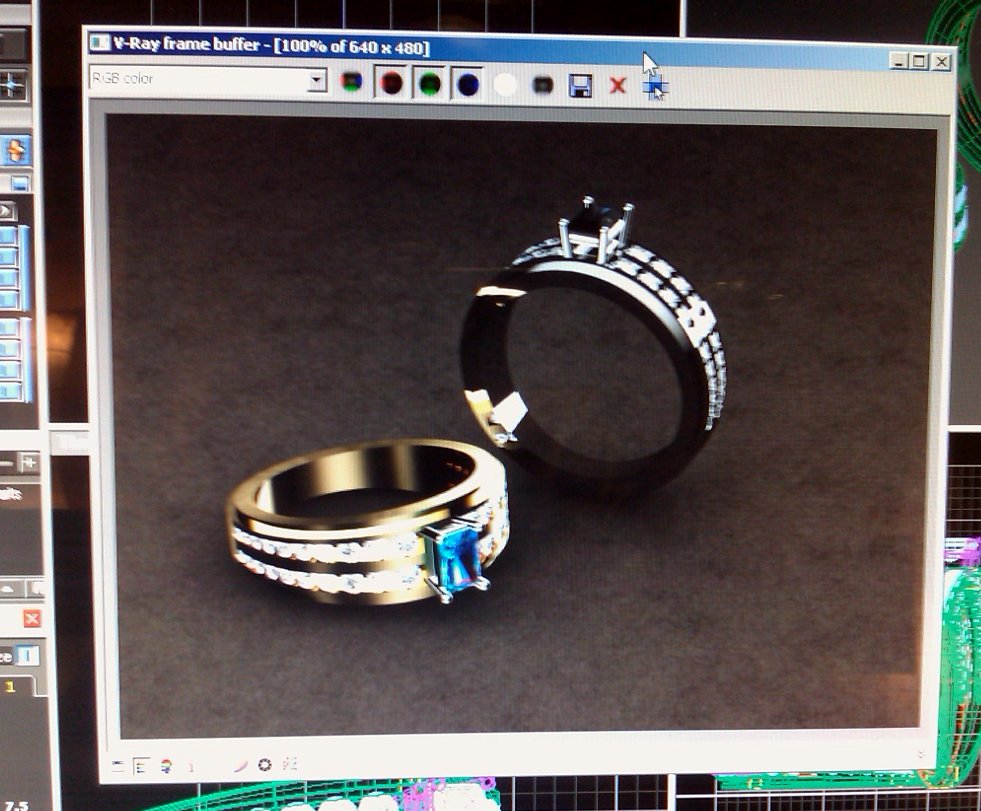 The package is expensive, but is almost certainly of use to people who work with this sort of very high-end work, or with volume work. I can imagine using it in conjunction with Rhino, swapping between the two, rather as I already do between Rhino and Inkscape.