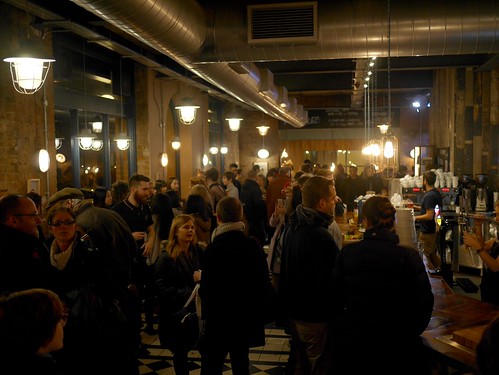 Another bonanza of a week as I returned to work on Tuesday after a long weekend in Brighton to all my students handing in their first assessment, which I then spent the week marking and writing up. (Photographs in next post, if they give permission!)

Met up with Mark Fenn, who was in the building for an interview and who might yet be one of my colleagues! Always a pleasure to catch up with him.

Tuesday night saw the launch of the second-year BA Jewellers' selling project, "Lot Fifty-Eight" which is an enterprise-based module and sees them produce a body of commercial work which is then sold in an exhibition/gallery environment which they have to set up. Over the years, I've been involved in a lot of student projects like this, but I have to say that the Lot Fifty-Eight crew this year have produce the most impressively professional show that I've been to.

The 'gallery' was the marvellous Boston Tea Party just outside the town centre (alas! not serving their superb Eggs Florentine) and was really well-attended. 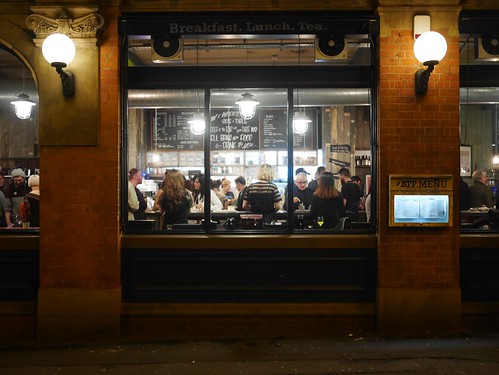 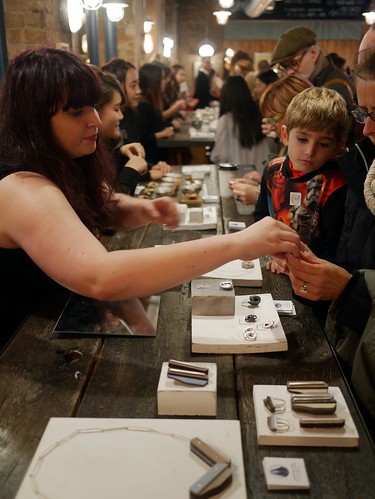 The whole event was incredibly well-organised and I was impressed by not only the work but by the attention to detail, such as the unified business cards, displays and packaging and even the fact that they had a card-reader system for taking payments. 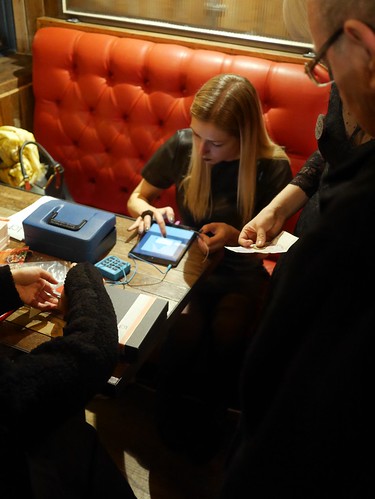 The work was of a very high standard and the prices modest: 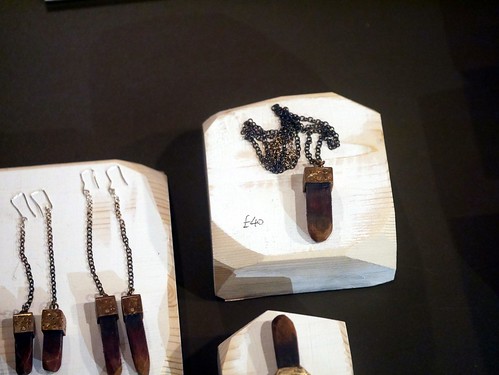 Although the show was busy, it was a very mixed group of people who had attended, not just mums and dads as you might expect but students from other courses, such as Hannah-May from the MA who bought some beautifully cheerful kinetic earrings by Ke Liu: 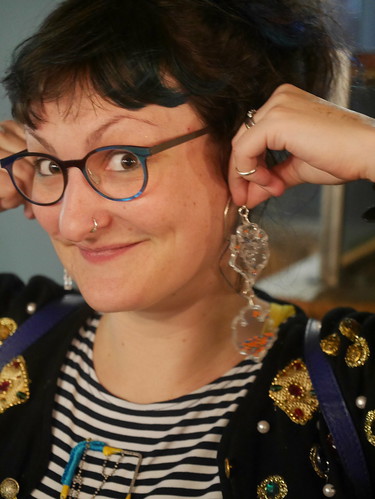 And nearly all the staff from the School of Jewellery: 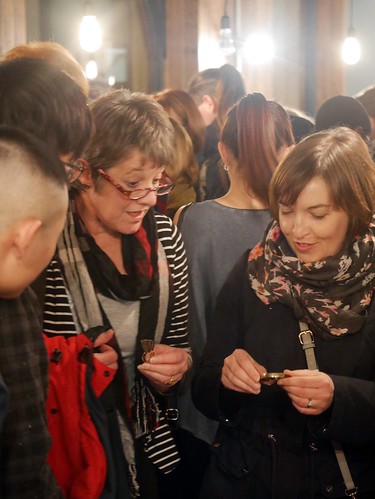 I also made a purchase: a kinetic brooch by Dong Ding which I had spotted in construction in the basement some weeks ago... 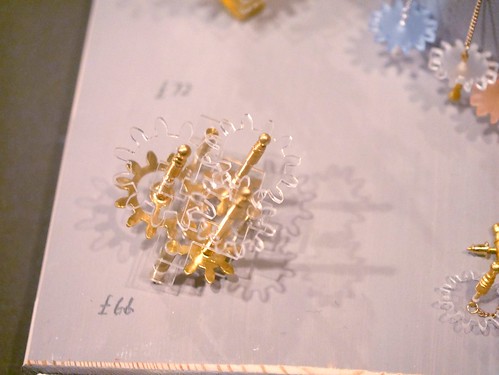 He also made a kinetic bow-tie... 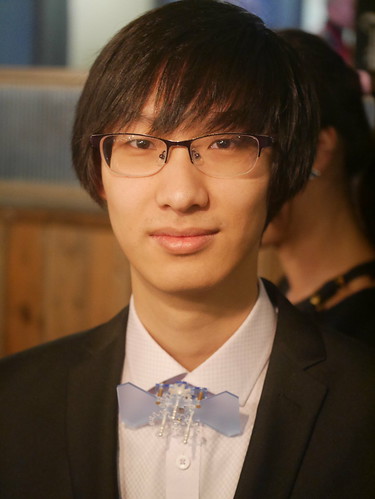 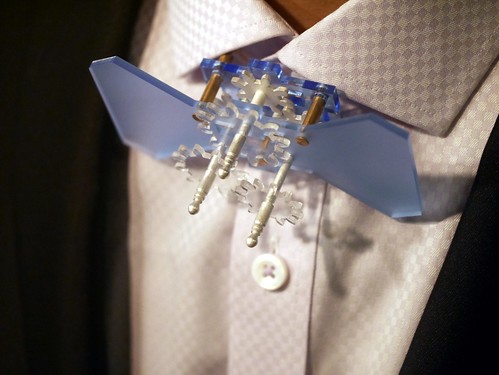 Although the course is "Jewellery And Silversmithing", only one of the students made any objects: 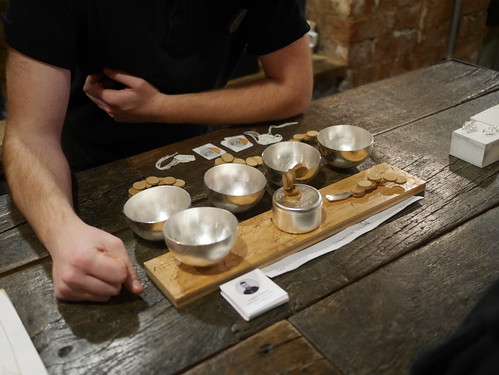 I may still buy one of these rather lovely bowls.

Wednesday was another interview day, this time for the DFI lecturer and I was incredibly proud that one of my ex-students, Anne Walker, had an interview and therefore I went out for another lunch!

On Wednesday afternoon, I was in the basement for a hands-on demonstration of the Engine Turning Machines there, given by John Moorehouse: 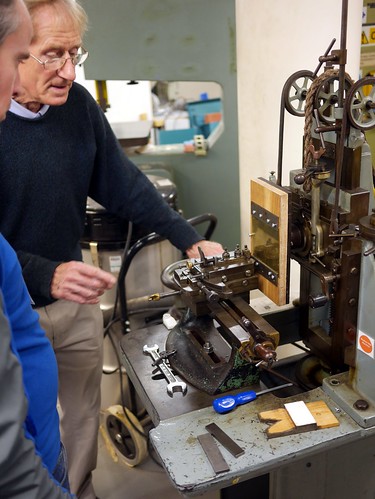 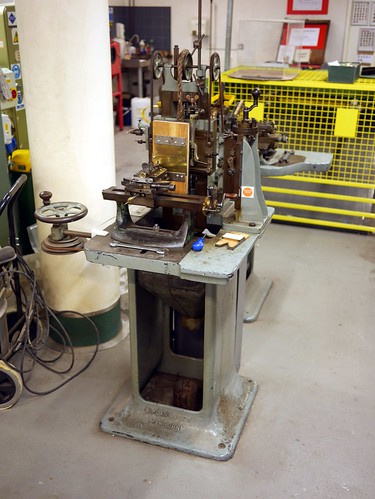 I have been wanting to learn about engine-turning for years - after my abortive attempt to buy an engine-turning machine in the early 2000s, not realising that it was so heavy! It is one of those things which is being gradually forgotten but which I think has enormous potential. One of my favourite artists, Daniel Brush, uses it extensively and since the demonstration, I've been buzzing with thoughts about using it. 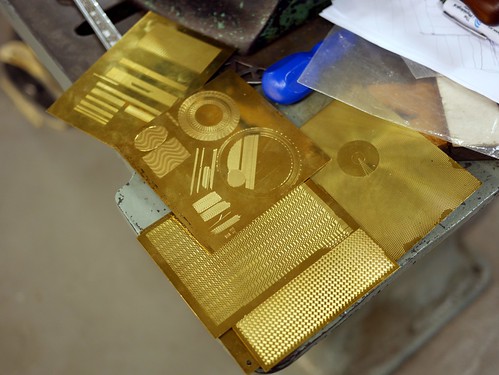 Like so many other processes in jewellery, the concept is simple, but the practice takes a lifetime to learn. The machines are rather lovely in themselves: 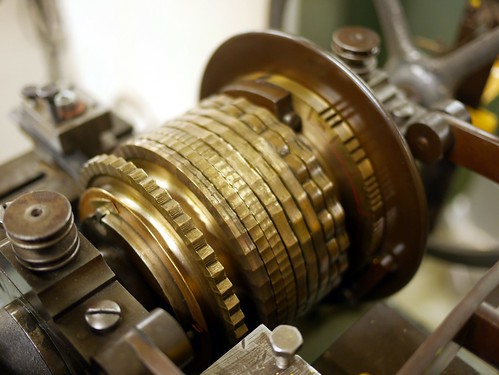 Back in the workshops again and preparing the last few items for Christmas, including another sapphire "Nut Ring": 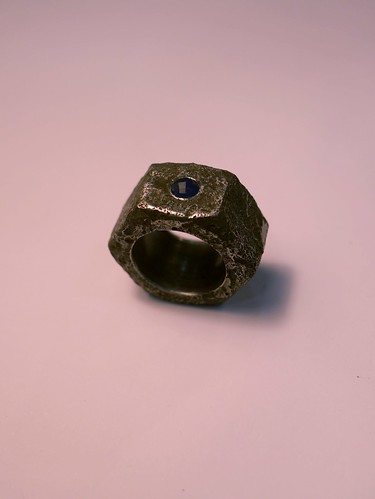 And nearly completing the watch chain for Russ at "The Dirty Pen"... 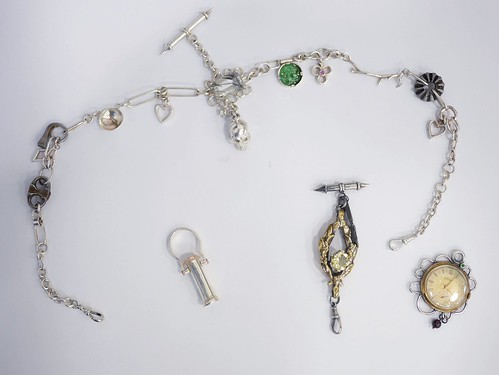 Lovely weekend, despite the appalling weather: Janine visited from Glasgow - delayed by nearly four hours due to the bad weather - and we went to the Christmas Market before coming back to Bearwood, where she became the first visitor in the house which I hope will be mine before Christmas! 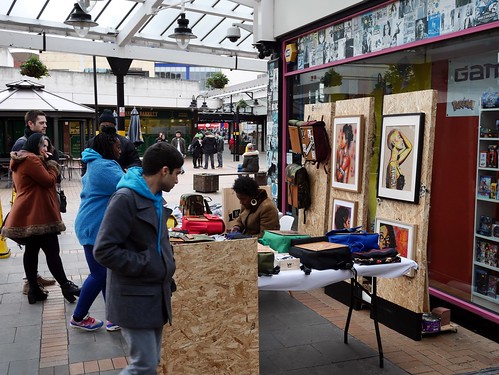 The plus side of the four-hour delay was that I got a chance to wander about in the city centre and went to parts I haven't been to yet, stumbling upon a high-quality student art festival in The Square Shopping Centre where the aforementioned Lot Fifty-Eight had a stand. Excellent. 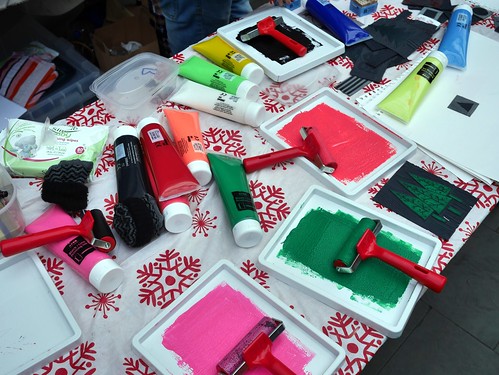 Finally, why, in the middle of winter, are there rows of potted palms in a semi-derelict alley in the city centre? 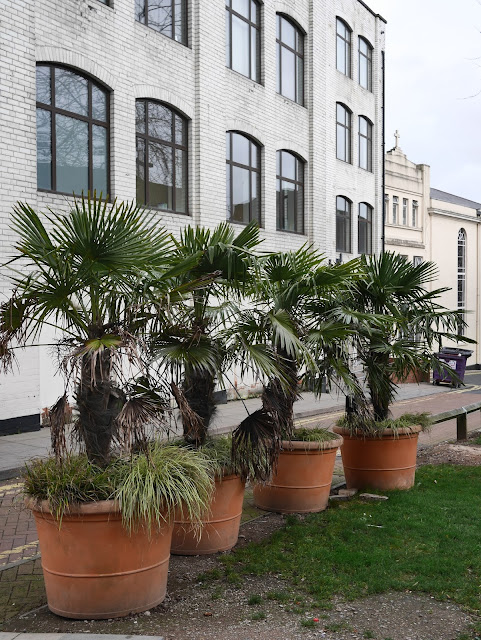