Spring Fair is upon us again, so off we trouped to the NEC with the students in tow for the biggest jewellery event in the UK calendar. The main reason for us going is that we take the opportunity to promote the students at the event in conjunction with Weston Beamor, who generously sponsor prizes in a design competition every year.
This year, they had to use their digital skills to design a matching wedding and engagement ring: 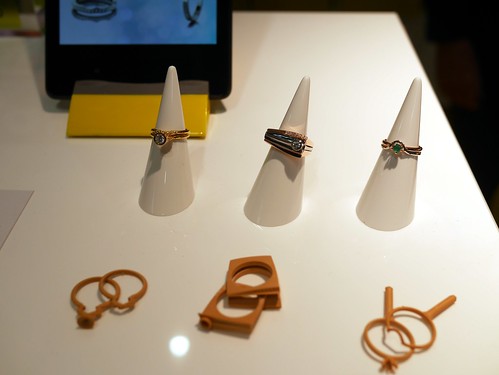 The competition has been run for many years, since before I started teaching there, and we're really proud of the relationship we have with the company - each winning student gets not only a cash prize and their rings made up in precious materials, but they also get a work placement in the company. 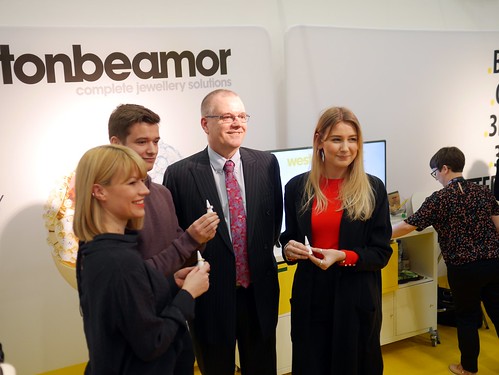 The winning designs are picked by Weston Beamor and they have to be both innovative and commercial, a difficult thing to achieve. It gives the students an excellent grounding in designing for the industry.

We went mob-handed and, unfortunately, attracted the attention of security... 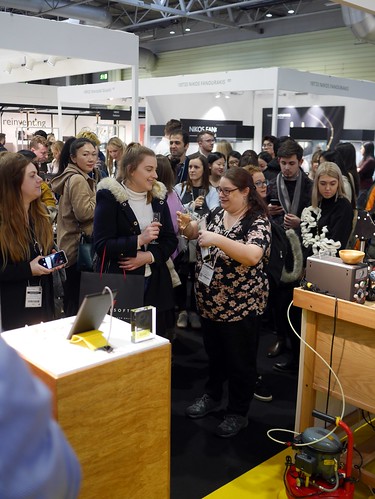 Went out for lunch with colleagues this week to a very unusual pop-up restaurant in one of our favourite pubs in the Jewellery Quarter, 1000 Trades. It was being run by Nick Astley who used to run the now-defunct Two Cats Kitchen which, just before it shut, was being tipped for a Michelin Star, so it was exciting to be able to take the advantage of this lunch pop-up, "Salt and Earth".

We were not disappointed... 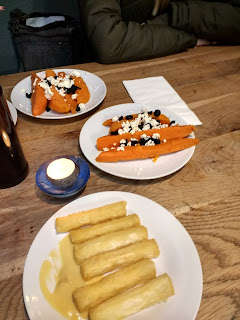 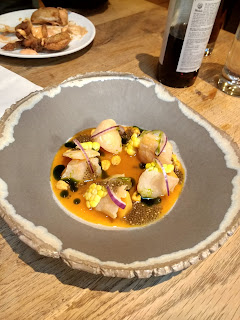 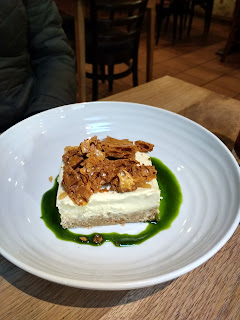 Didn't feel like going back to work after that lot. It did inspire Claire to make her own honeycomb, however, which was rather good later in the week: 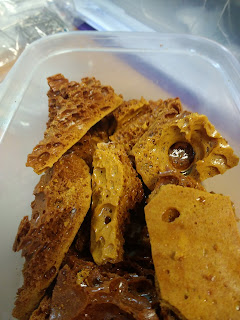 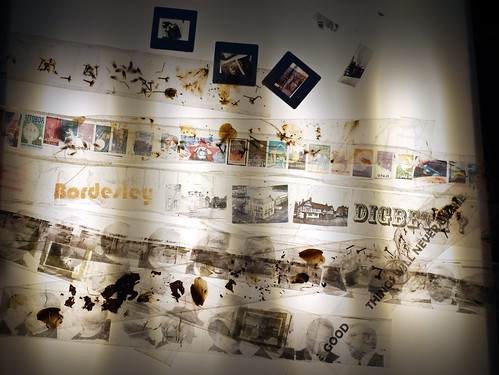 Chinese New Year this last week. As we have a lot of students from China in the School, we generally celebrate it in some way. This year it was an animation workshop followed by a feast of Chinese food. The animation workshop - run by Sellotape Cinema - was excellent and well-attended and the food was fantastic, provided by a new Chinese restaurant in the Jewellery Quarter, Lisa and Pann's Kitchen. 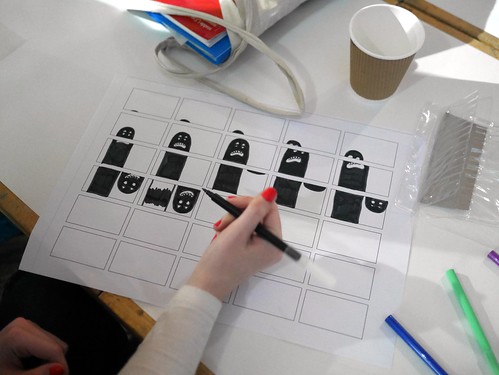 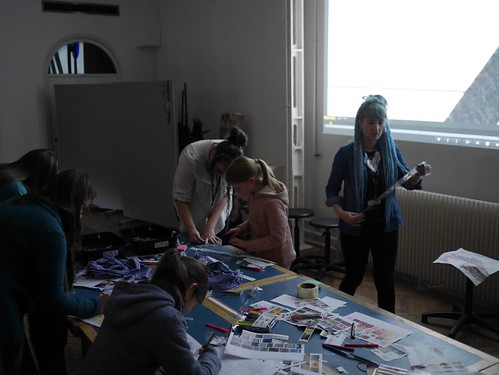 Jo Pond completed the most unlikely commission you could imagine her undertaking. Yes, really. This is more like something I would undertake... a skull cup.

It is a replica of a cup made from a human skull which had been used by Lord Byron and from which he apparently drank red wine. It was commissioned from Jo by Newstead Abbey some years ago and now they want another one! The skull is a replica in plastic. 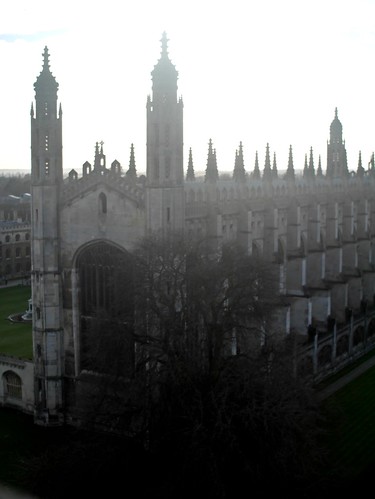 I've been incredibly busy myself, writing bids for Arts Council funding for a project next summer, working on the piece for the School of Jewellery staff show, In The Loupe 2, and I spent a day in Cambridge with Dan Russell, planning a collaborative show for 2019. The title of the show was decided and it will be "Don't Care Was Made To Care". Details of that to follow.

Cambridge is lovely but was incredibly busy. It is nearly 30 years since I was last there and my memory of it is hazy, rather like the above photograph but it was a most enjoyable day. 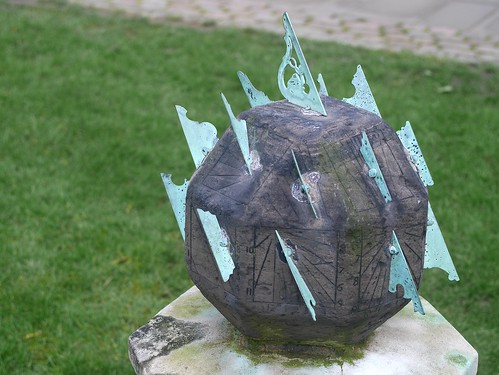 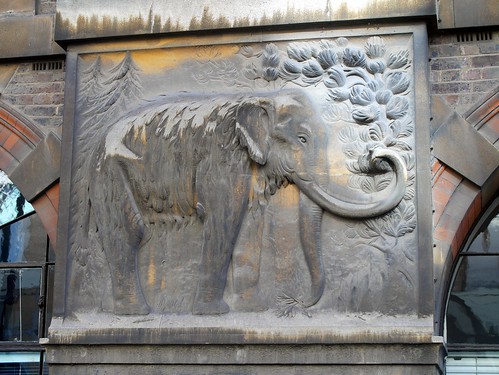 The highlight of the day was definitely climbing the tower of Great St Mary's Church to get views of the city! 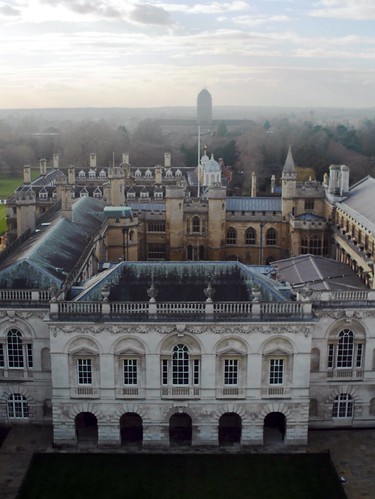 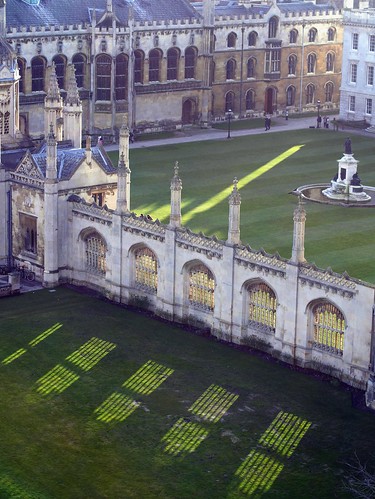 It's been a week for new music, too, what with the release of a new album by Laurie Anderson, "Landfall" with the Kronos Quartet, one by Steve Reich and one by Franz Ferdinand, all superb in their own way. I was most excited by the Laurie Anderson album as she's been a musical constant in my life since I saw her perform to a tiny audience in Edinburgh in 1978 or 1979, just before her unlikely "O Superman" hit. As I also love the Kronos Quartet, this was a marriage made in heaven and it is even remarked in the liner notes that it is surprising that it hasn't happened before! 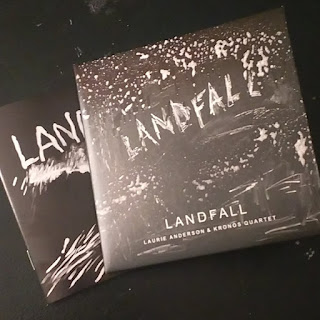 The Franz Ferdinand album is also very good and clearly shows the influence of their working with Sparks on the FFS project! 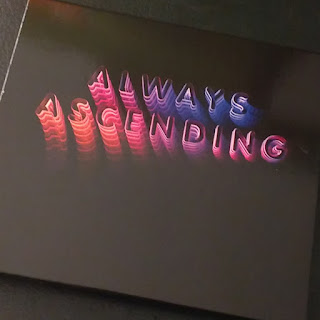 I will leave with a couple of tracks, one from each: