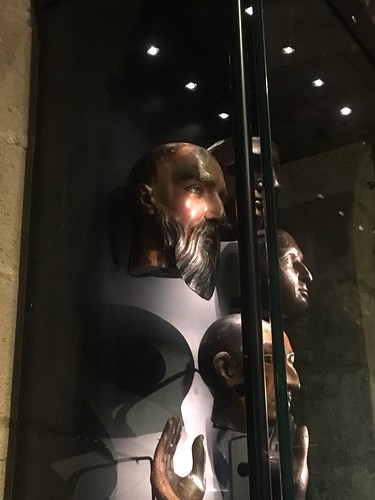 Remind you of anyone? Probably there because Queen Theresa has had enough of my carping about the folly of Brexit. 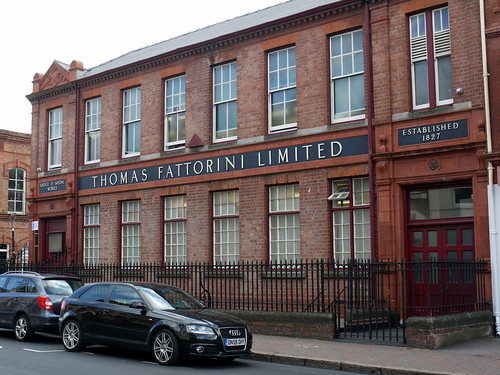 I've had an interesting week in and around the Jewellery Quarter almost none of which I was able to photograph, due to commercial constraints. From taking the students on a tour of the ever-fascinating Assay Office to a tour of the incredible facilities at Thomas Fattorini, not one bit was photographed, except this: 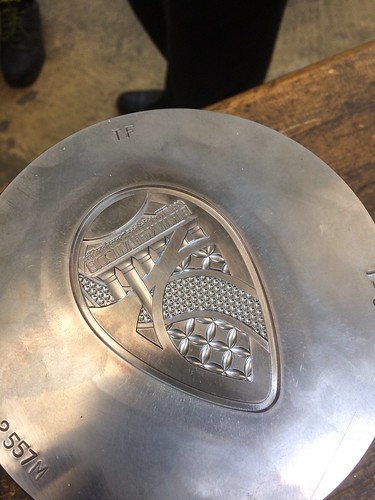 It's the die from which the Birmingham World Indoor Games medals were struck! 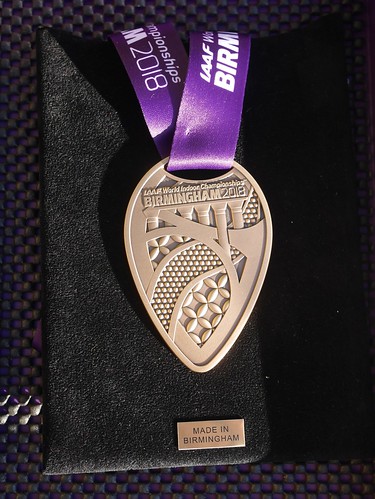 My student, Menna Jones, who designed these medals arranged the tour for us and I'm really grateful as I now have a much better picture of what services can be arranged through Fattorini.

This is a bit of a "placeholder" post as there is so much coming up next week, including the School of Jewellery staff exhibition, "In The Loupe 2". 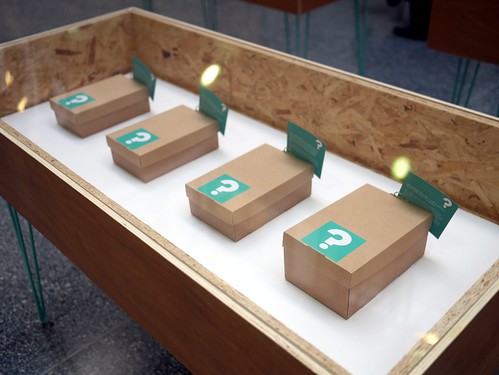 The Vittoria Street Gallery in the atrium at the School looks as if The Riddler has been at work! 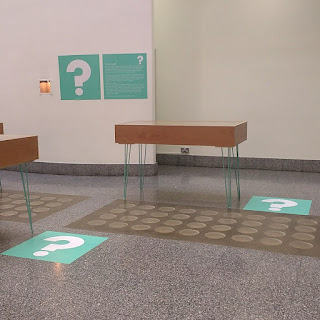 We were each given a plain cardboard box and told to fill it. We could decorate the inside of the box but not the outside. I am SO excited about seeing what everyone has put in their boxes and also about revealing what I put in mine - a piece which strikes out in a radical new direction: I have genuinely no idea what people will make of it. 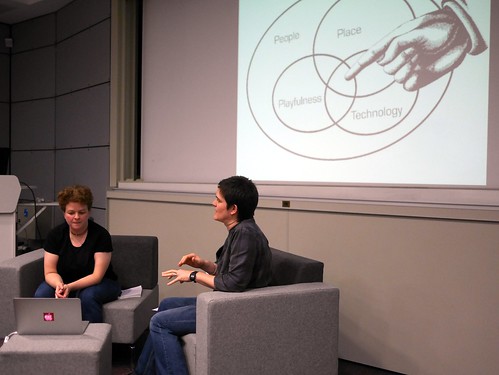 Interviewed for an "in conversation" with Sian Hindle. The graphic behind is a representation of how Niki locates and defines her practice. She is going to be based at the School of Jewellery for the next year and I look forward to the opportunity to engage with her practice.

I've never considered myself to be an artist who works through drawing but in the last couple of months, the opinion of other people has made me reconsider the role of drawing in my work. Mostly, in terms of my work, I draw to problem-solve: 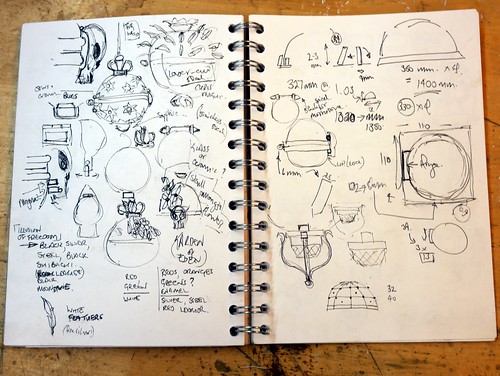 But there is another class of drawing that I have always done, a type of almost sub-conscious drawing which I do when my mind is focused on other things: drawings done in meetings, when watching films, listening to music, etc. These drawings are very different. Here is an example of a "to do" list made in a programme leaders' meeting a few days ago: 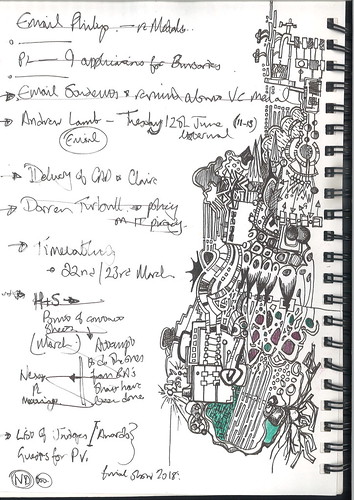 After a conversation with Zoe Robertson about my sub-conscious drawings - which fed into the contents of my cardboard box, see above - she sent me a link to an exhibition at the Bath Festival Fringe called The Normal Papers, in which artists are invited to submit for a show which

"invites its audience to look more closely at incidental mark making of doodles, the simple beauty of a to-do list, colour coding, setting out of information, work plans on the back of an envelope and so on, in order to appreciate their unassuming simplicity and visual qualities."

I'm not sure that my drawings are "simple beauty" or of "unassuming simplicity"!

Some of my drawings have been accepted and will be shown in this exhibition and there will be much more on the role of drawing in my work very soon.

Anyone interested in submitting their own drawings should follow the link above. The closing date for entries is 20th March, 2018.

I spent a really nice day yesterday, wandering around the Jewellery Quarter, taking photographs, having a beard trim, meeting friends for dinner and generally not doing very much. Some of the photographs: 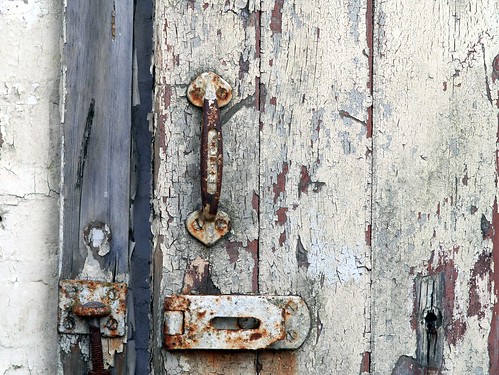 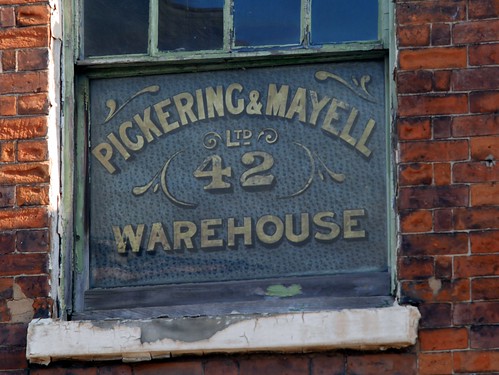 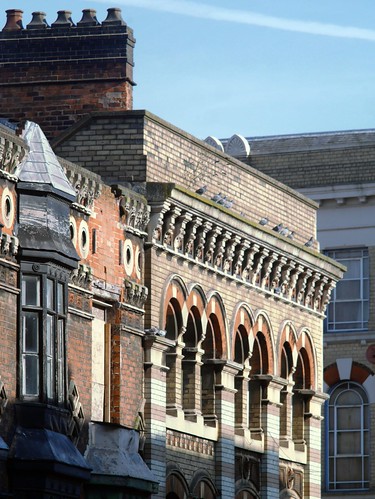 By far my favourite website about music is The Quietus, an independent magazine focusing on mainly music but also film and culture in general. I really enjoy the fact that they manage to get unique interviews with the most amazing musicians and that they can bring to my attention new bands and artists about whom I know nothing. Yesterday, they published an article by Robert Bright about Don Delillo's "White Noise", which I read in the early 1990s and remember really rating and enjoying. In the article, "Too Much Information: Don DeLillo’s White Noise", Bright suggests that the book is more relevant today than it was when it was written, arguing that even though the method of information has now changed, the way in which we are manipulated through it has not.

Given my excitement a few years back on re-reading Orwell's "Nineteen Eighty-Four", I was immediately compelled to re-read the book: I'm already 40 pages into it and it is every bit as good as I remember.