Make no mistake, I am furious with the disgusting power-obsessed homunculus who occupies the tenuous and devalued position of "Prime Minister" in the UK after last Thursday's general election.

Theresa May is a puppet of the heaps of billionaire ordure who control the media in this tinpot island and she is also so spectacularly lacking in empathy and so desperate to stay in power - despite a resounding trouncing in the election - that she is prepared to do deals with a group - the Democratic Unionist Party  (DUP) - who are not only supporters of terrorists but misogynists, homophobes, young-earth creationists and climate-change deniers. You don't have to be cognisant with the sorry history of Northern Ireland to know that the entrenched mediaeval positions of knuckle-dragging meatheads (on both sides) was entirely to blame for what was, in fact, a war, no matter how the British government pretended otherwise. While the other parties looked back at their mistakes and moved themselves forward into the 21st Century, the DUP remained firmly in the dark ages: their ten MPs have openly declared such manifest nonsense as equating homosexuality with child-abuse, that the earth is no more than 4000 years old, that creationism should be taught in schools, that women have no right to choose, that the death penalty should be restored and that small towns in Northern Ireland should be "Libya-type airstrikes" to eradicate their Catholic populations. These are the people who now comprise the power-balance in the British government.

Read more about the DUP here and about a much more interesting international plot involving them here.

On the subject of Trump, one of our Visual Communications students at the University has this spectacularly damning image in her graduate show: 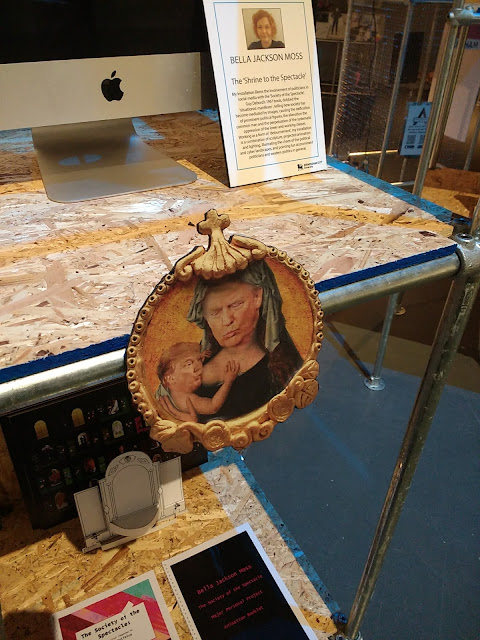 Last week saw "The Meaning of Making" at Birmingham University, an absolutely excellent event which suffered - if you can believe this - from being too short!

The lineup included makers from all over the midlands, all of whom had one thing in common: a passion for making product and a belief in the importance of making that product well. It was fascinating to hear the divergent opinions - Emma Bridgewater's laisser-faire approach to copyright theft, compared to Simon Topman's, for example - as well as the areas on which they all agreed. The event ran for a couple of hours but would have easily stretched to a whole day and I'm delighted to report that it was packed. 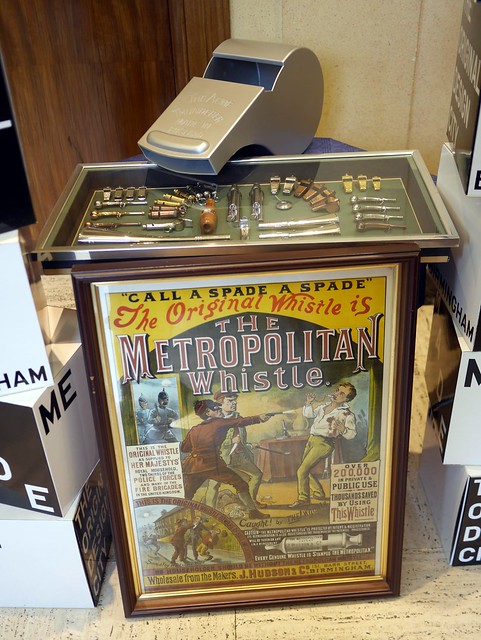 Dinner afterwards was a fiery, political affair, this being held the day before the election!

Yesterday saw the hectic culmination of a project involving the School of Jewellery, Craftspace and the women's craft collective Shelanu. The University decided some time ago that the would launch our graduate shows week with a big exhibition event which would be open to the public. The School of Jewellery was asked to contribute and I worked up a project involving teaching the craft collective members a new skill which they would then disseminate through the workshop at the open day. What a success! 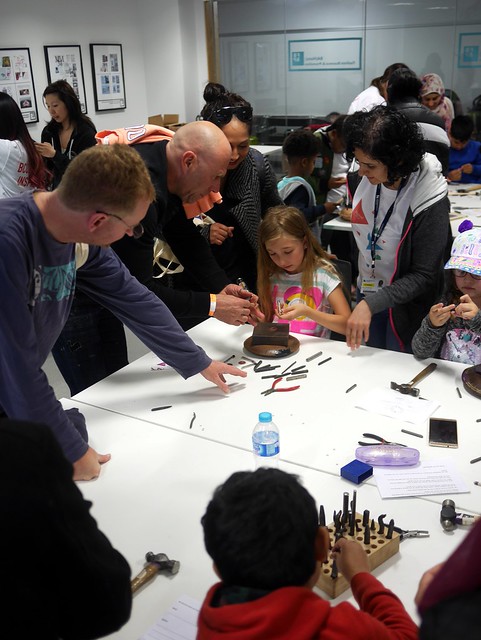 We made several hundred pendants in the course of the day. Above, you can see my School of Jewellery Student Ambassador, Mahroz Mirzahekmati helping out. The Shelanu women were amazing, and I found myself mostly just wandering about handing out materials to people and trying to keep the punches in order! 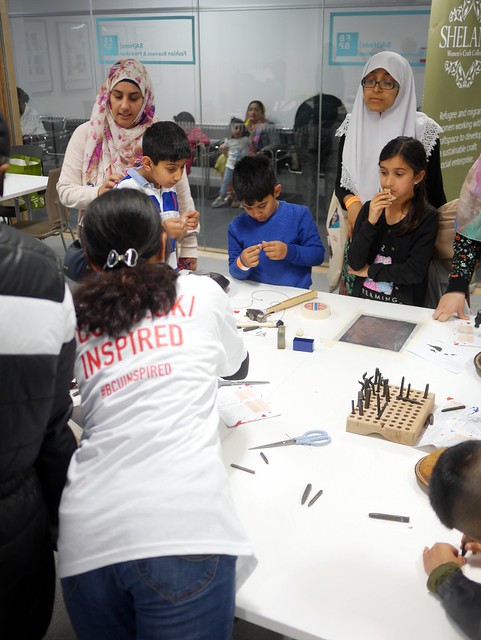 Today should have been the day I went to the Bearwood Street Festival but I've been so busy that I fell asleep after lunch and didn't wake up until it was over...

Oh, I think that things are bad all over the place. Just a different bad!

Compared to that, our political problems seem like banality. It's scary. What now? On the other hand, the activities of people like you give us all a certain chance ...

Rebecca Skeels commented on Rebecca Skeels's group The Association for Contemporary Jewellery
"CRAFT IN FOCUS: Cancellation of Wisley Craft Fair Unfortunately we have had to cancel this year's Spring Contemporary Craft Fair due to be held at RHS Garden Wisley (29 April-3 May). We apologise for any inconvenience and we are very sad that…"
17 hours ago

Rebecca Skeels commented on Rebecca Skeels's group The Association for Contemporary Jewellery
"#IJL2020, read on to find out what we’ve been up to. IJL…"
17 hours ago