Punk, JUNK (and not junk) 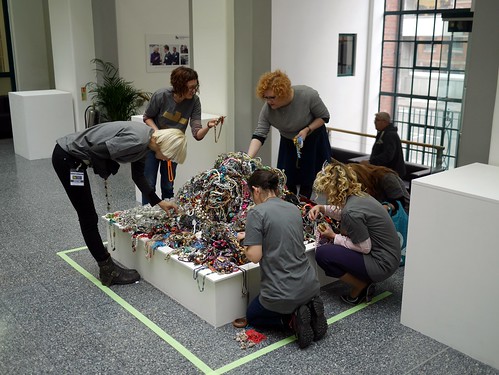 This was the week that the School of Jewellery hosted the recycling-performance work, "JUNK: Rubbish To Gold" with teams of the most experimental and interesting jewellers coming in - from as far afield as Ohio and Germany - to re-configure the most awful tat into contemporary jewels which will be sold in an online auction to raise money for charities.

Above you can see the first batch of jewellers starting work on the materials, including Laura Brannan, Maria Hanson and Sally Collins. I was in amongst this first "sitting" and have to confess to having struggled with the materials. I couldn't find a way into the process or a way of thinking about the materials and I ended up being rather restrained, despite everything I learned all those years ago with Bob Ebendorf. 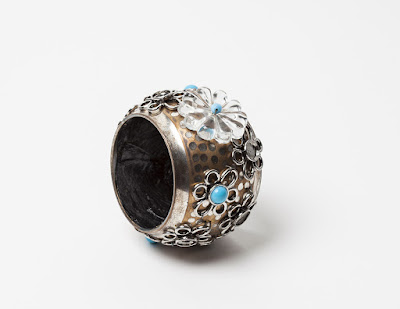 Using a silver-plated brass bangle, a broken white-metal belt, a glass element, plastic beads, latex and leather, I tapped into a seventies vibe and made this. I quite like it, but it was a struggle and at the end of the day, I felt a bit deflated, especially as some really quite lovely pieces had been made: 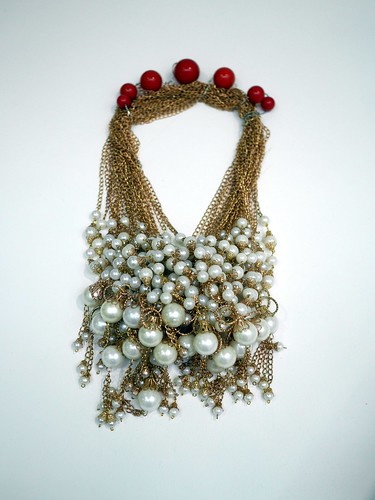 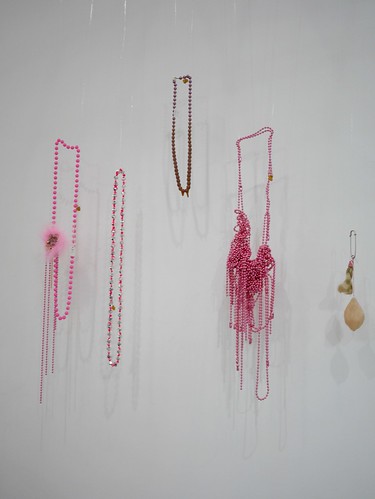 So it was that I began my next session with some trepidation and maybe even a bit of dread. For this session, I was due to be on with Toni Mayner, one of my colleagues and a bit of a rock-chick rebel who immediately rebelled against the JUNK teeshirts and cut off the neck and sleeves. This led to a bit of a discussion about punk aesthetics and about the collaborative nature of the project, so we decided to work together... Jivan Astfalck - the instigator of the project - had always talked about the performative nature of JUNK and, indeed, we all signed performance contracts, so Toni and I gave a performance... 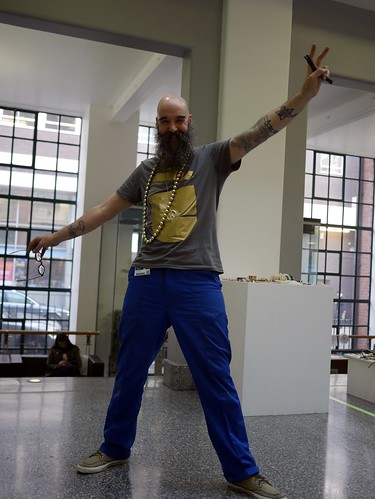 While she made jewellery, I transformed her teeshirt into an Andrew Logan-ish fantasy... 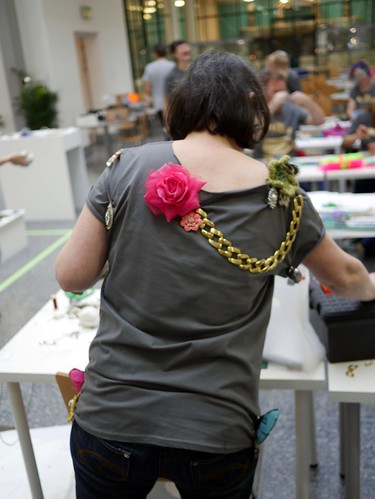 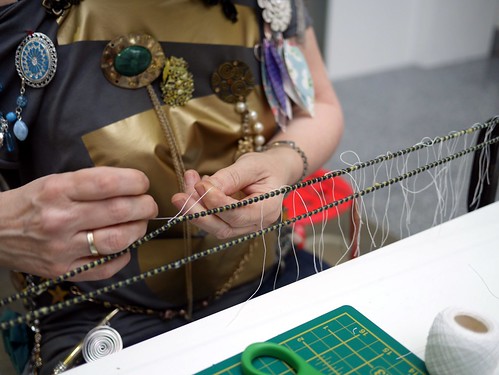 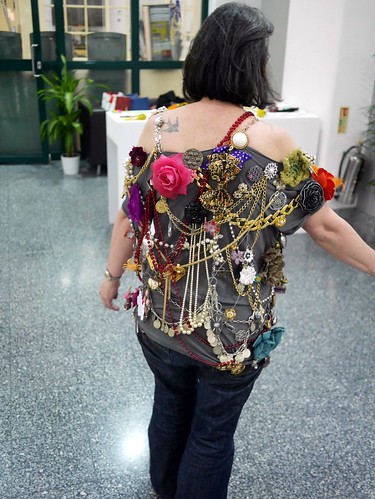 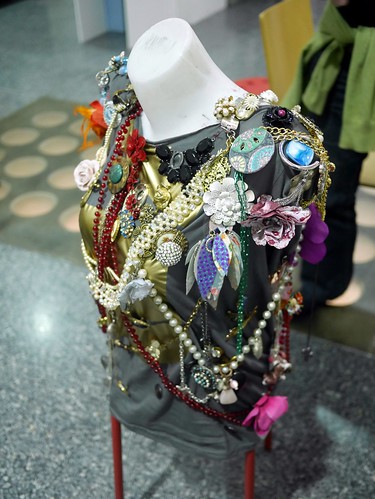 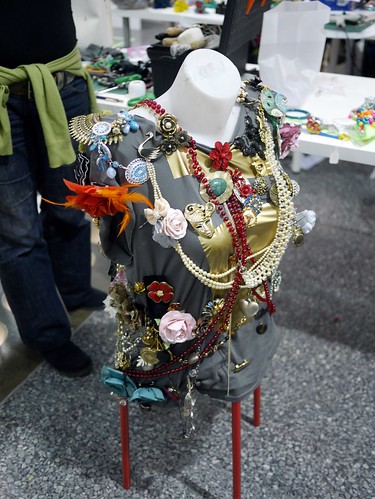 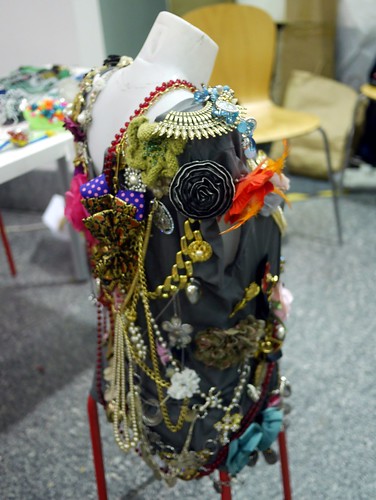 Completely unwittingly, we featured heavily by being based on the very front bench where the cameras were stationed and you can see the whole thing grow from start to finish on the YouTube video:

(The video properly starts after 1'02" of black.)
During the course of the week, there were some wonderful pieces made and all of these are for sale on Crafthaus by silent auction. You don't need to join Crafthaus in order to bid.

We did find some appalling crap in the box of junk... 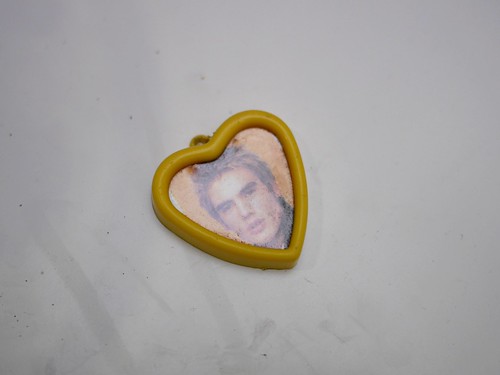 And some of my ex-students may be shocked by the next photograph: 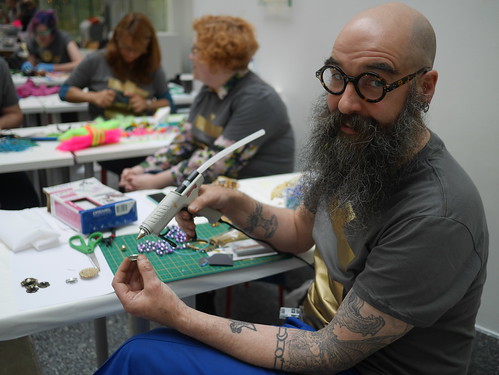 Here are some of my own favourites by the makers.
Zoe Robertson: 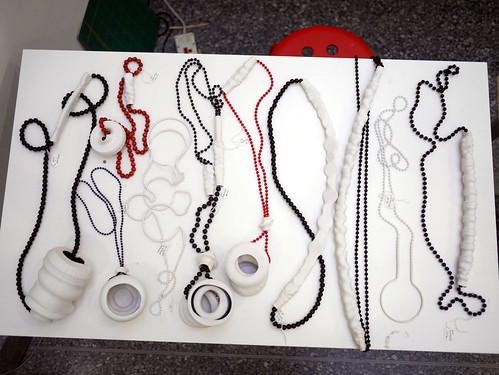 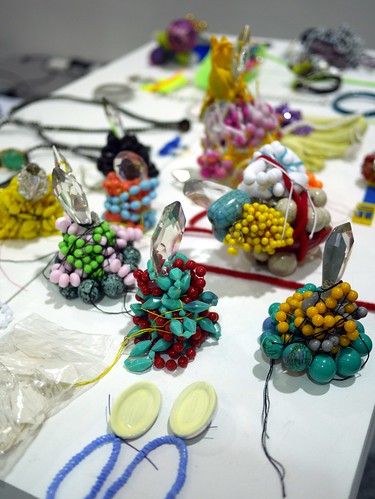 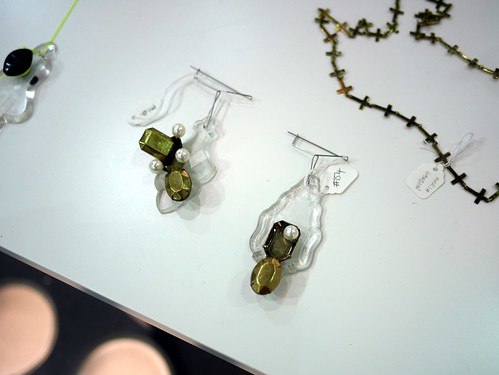 Tonight was the end-of-show party and Jivan looked justifiably pleased and relieved! 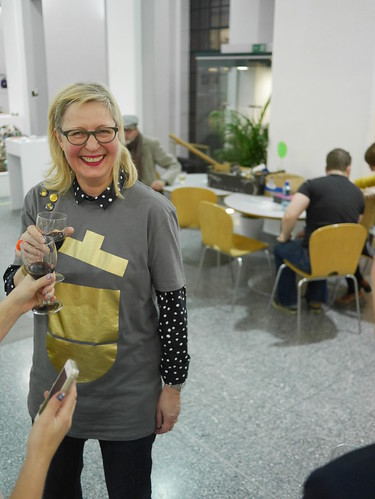 Although they don't feature much in this description, the project was essentially a team effort, led by Jivan: Laura Bradshaw-Heap and Rachel Darbourne deserve recognition for keeping the whole thing running smoothly throughout the week.

Tonight was also (the ridiculously early) switching-on of the Jewellery Quarter Christmas lights and that meant fireworks, which we took to be the glamorous end to JUNK! 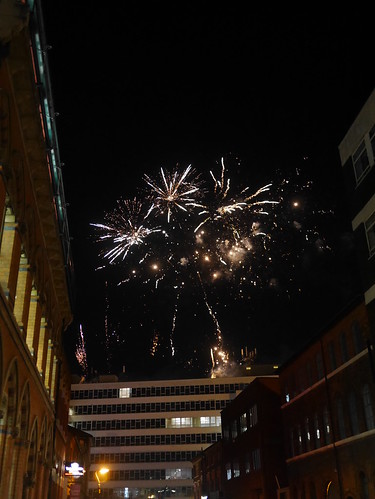 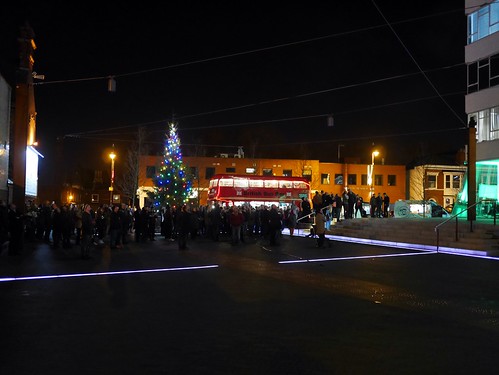 They were playing "Slade".

In other news, the poor BA students had their first pieces overshadowed somewhat, which is a pity. For their first project, they have to make a container to a specified size and decorate it in a way which means something to them personally. The project is called "Pots of Joy" and is a lovely way to introduce the new intake to the workshops. 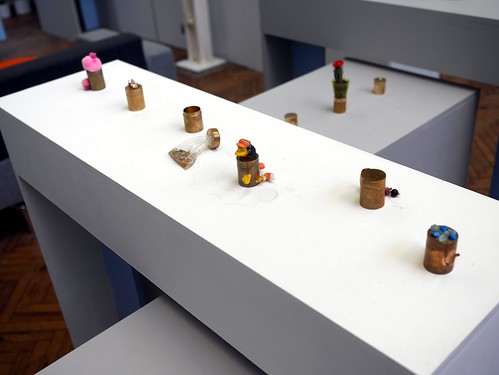 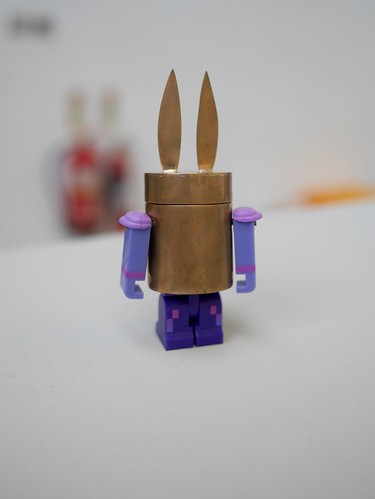 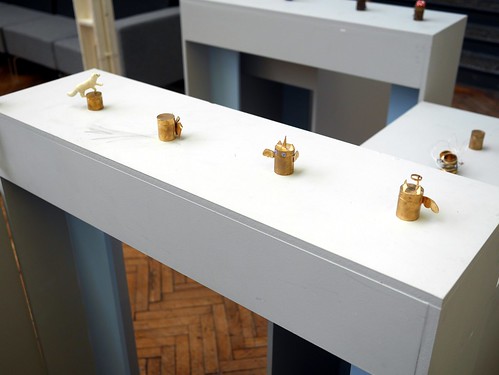 Unfortunately, I have no names for who made any of these pieces.

In terms of my own workshop practice, I've taken on a commission from Russ at The Dirty Pen who is looking for a watch chain using some of his signature themes. I asked him to design me a tattoo to commemorate my move to Birmingham and he suggested we trade. It is not greatly different from my usual style - there will be fewer iron and steel elements, perhaps - and I really like Russ' use of the "gemstone" motif which I have rendered as a real gemstone for the central element of the chain: 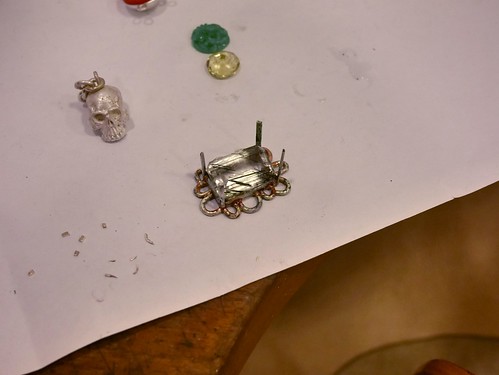 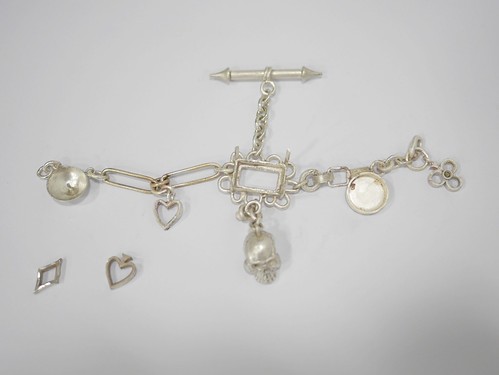 It very nearly killed me. A little bit of my soul died!