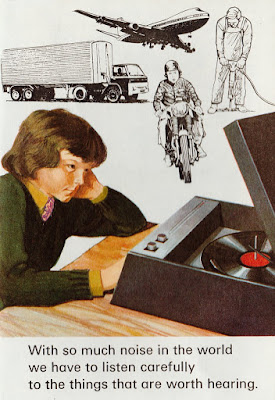 The wisdom of the "Ladybird Leaders" book, Sounds by Alan P. Sanday and illustrated by Bernard H.Robinson, published 1975. I wonder what his record is? In 1975, there were some choice releases, including Physical Graffiti (Led Zeppelin), Rubycon (Tangerine Dream), Tomorrow Belongs To Me (The Sensational Alex Harvey Band), Wish You Were Here (Pink Floyd), Indiscreet (Sparks), Discreet Music (Brian Eno), Siren (Roxy Music), Young Americans (David Bowie)... It seems that some of my absolute favourite music was released in this year and this is only a scattered selection.

I've never been much enamoured of the concept of "Britpop", loathing both Oasis and Blur with equal venom, foolishly ignoring Elastica because Justine Frischmann was tainted with whiny Damon Albarn (I've got over that one now) and only really enjoying one Pulp album, This Is Hardcore. At that point, I was immersed in obscure electronica of the sort produced by Toshimaru Nakamura, the post-pop of Stereolab and Black Box Recorder and the industrial of the re-emergent Einsturzende Neubauten and Laibach. There are clear links between this and the list above from 1975.

It is a bit surprising that the first band to be christened with the title of "Britpop", was Suede with their swooping, falsetto vocals, strings, unexpected melodies and a plundering of British pop history which was so far from obvious, unlike the crass thieving of Oasis or the oh-so-clever fake barrow boy shtick of Blur. Suede managed to make pop music which is British without being obvious, wearing their references clearly but not ripping anyone off or being smugly intellectual: Bowie, The Associates, The Smiths, Roxy Music... All my favourites. Brett sang of British things like class: class warriors, not class tourists (Blur) or anachronistic class stereotypes (Oasis) and of the claustrophobia of urban life. Not an album went by without mention of disenfranchised youth, desperate drugs and desperate sex, road systems and traffic.

This week, I got round to buying the latest Suede album, released last month, inspired by a review on my favourite music website, The Quietus. 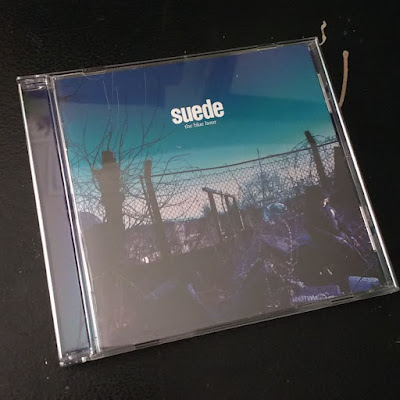 And it is fantastic. Everything is there that should be there: the disaffection, the swooping vocals, swelling strings, angular guitars and memorable melodies but while there are discreet songs, this is a concept album... Complete with orchestra, choirs, spoken word parts, a story about a missing child, or, perhaps, the missing child that we lose when we become adults.

I've listened to this every night since it arrived. Especially wonderful is the track pair, "Chalk Circles/Cold Hands" which has more than a whiff of the "Wicker Man" about it.

I have no idea why author, Jonathan Coe has passed me by until last month. I found reference to his novel "The Rotters' Club" in an article in The Guardian and bought it, thinking it sounded interesting. 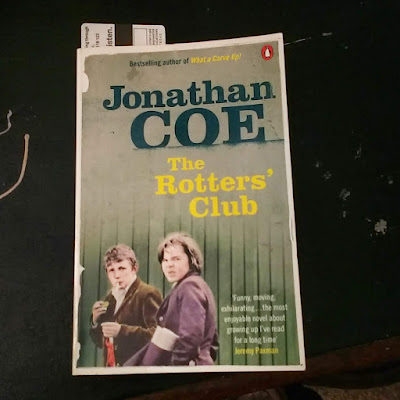 Since reading that, I've finished "What A Carve Up!" and have just started "The Terrible Privacy of Maxwell Sim". It is a long time since I felt so compelled to read a writer's entire output. These books are political, cultural, humorous, warm and easy-to-read, yet are written with enormous literary intelligence, with endless references, quotations and allusions, often in differing styles. (The last chapter of "The Rotters Club" references Joyce's "Ulysses" and is, apparently, the longest sentence in the English language.) There are also references to another of my favourite authors, Alasdair Gray, in the books I've read so far.

Like Suede, there is something essentially English about this writing: not the English of Wodehouse or Agatha Christie but the English of "Middle England". (Not to be confused with "Little Englanders".)

On Friday, I went to hear the fantastic Anna Meredith at the Town Hall, a rather sparsely-attended event which was, nonetheless, thrilling. 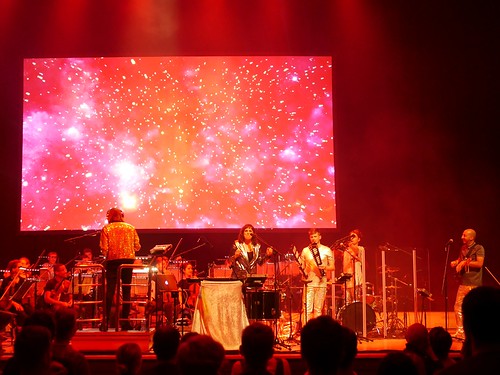 Performing with an orchestra, rock drummer, a tuba standing in for a bass player, a guitarist, a superstar 'cellist and electronics, this really defied definition: lying somewhere between rock, rave and Michael Nyman, her music and personality had the whole audience dancing. Here is "Nautilus" to give you an idea...

Wonderful! And this is it without the full orchestra.