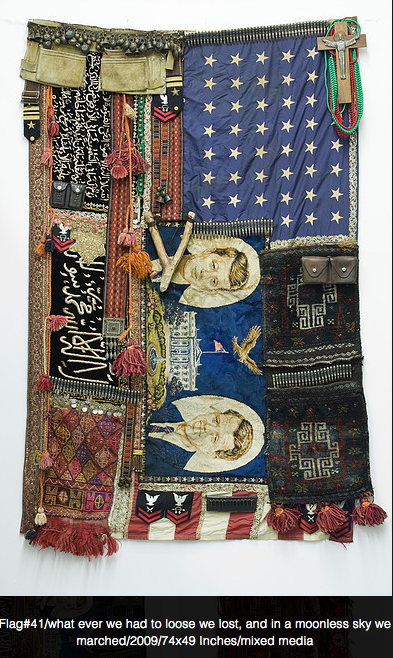 I work in mixed media, and i work with various types of textiles, wood, bronze and collected objects. The first textile that I began working with was the American flag. I was drawn to it because i had so much emotional attachment to America, the idea of the American dream and the American flag.

I eventually moved on to military and army textiles and canvas tarps, as the collected objects that I was working with and sewing on to the various textiles began to get larger and heavier. Eventually my canvases became tougher and more heavy-duty until I finally completely abandoned them and the objects took over and took on a life of their own. And very organically my work became predominantly sculpture.

I have this deep obsession with piecing and attaching things together. My obsession with flags and war stems from my need to understand the need for belonging.

In the end we are all just visiting and we all come to this world alone and we leave alone. But while we are here we try so desperately to belong to something, to someone, and to somewhere. 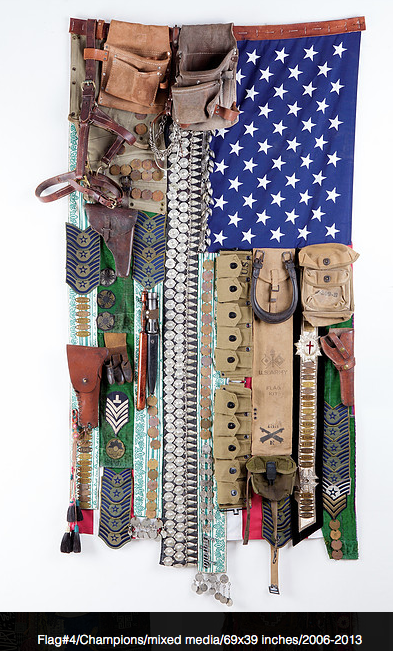 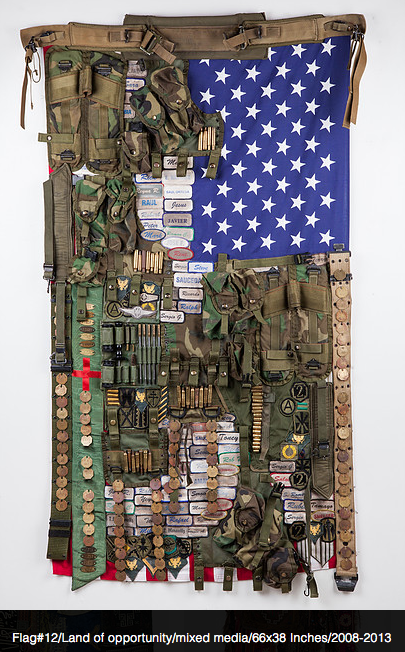 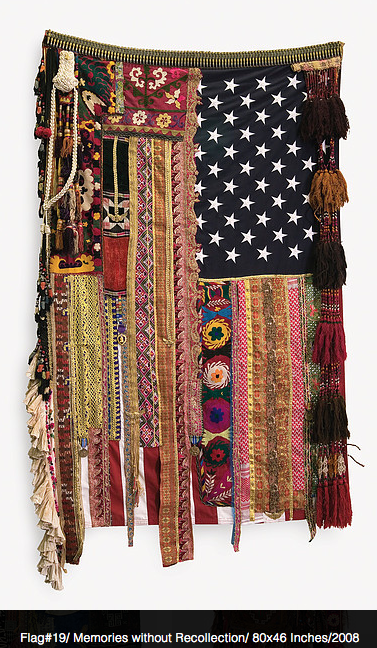