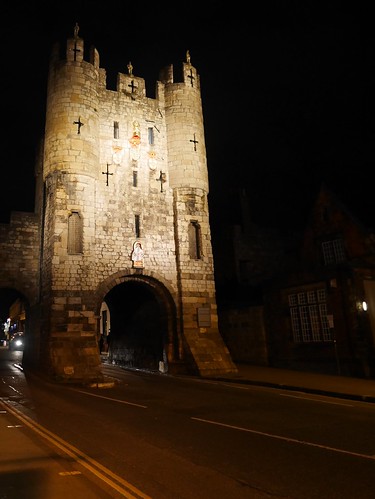 Since my last post, spring can definitely be said to have arrived and the Easter break saw sunshine all day and every day except the last. It is great to be seeing the sky still slightly light at 9pm and to feel the warmth in the sun.

I visited the city of York for the first time over Easter, an amazing place still retaining a lot of mediaeval features such as a largely-intact city wall with defensive gates.

The city is probably most famous for the York Minster Cathedral which, like most originally-mediaeval buildings in the UK, is a mash-up of styles and elements. We spent a fair amount of time in the cathedral - which is just as well as I hadn't quite realised how tiny York is! 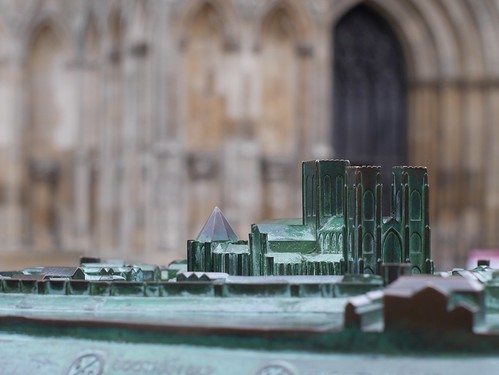 One of the curious features of the stained glass in York Minster is the hotch-potch repairs which have been done to the stained-glass windows over the years, random and unrelated pieces of glass used to patch up as required, resulting in an exciting and fascinating narrative of the history of the window and although these repairs can make reading the window confusing, there is something compelling about them: 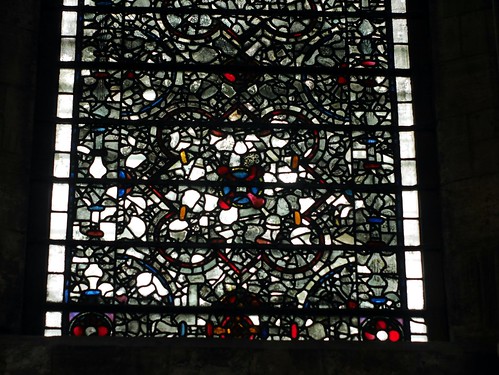 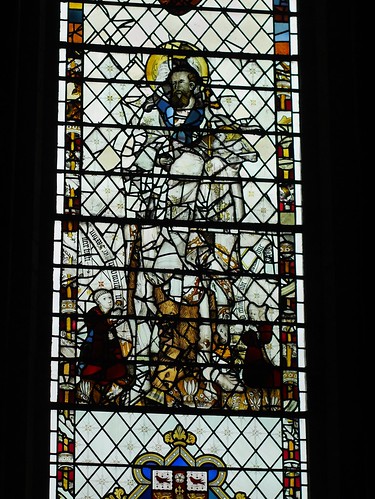 To my absolute horror, the church authorities have taken it upon themselves with an unparalleled arrogance to "restore" these windows, removing the errant pieces of glass and returning them to the way that they believe that they might have looked. I have to confess to having been pretty upset when I discovered this - the famous east window by Thornton from the 15th Century is currently not visible due to this restoration being done.  My problem with this is that it is replacing something that "is" with something which people are theorising might have been, attempting to return the window to the way was when it was created, erasing the history of the work. This cannot be done. At worst, it is misguided to think that it can but this project smacks of a smug arrogance. I really don't care if they have done all the research, have re-created matching glass through historic processes, have fired it in a wood kiln or whatever else they claim to have done, they are not being true to the window or the history of the window. The ONLY acceptable course of action would be to preserve these windows exactly as they are.

Some might argue that the historic repairs are "mistakes" or "misguided" or something like that, but at least they are completely honest. Some craftsperson has done their very best to keep the window there, to preserve at least an element of the window and in so doing has added to the historic narrative of the window. What is happening today is the dreaded "airbrushing of history": a lie, plain and simple.

York is so small that we exhausted it in two days and decided on the third to visit the delightfully run-down seaside town of Scarborough on the East Coast. We had visited Scarborough once before when we spent a week in Whitby some years ago, but went to the wrong part, couldn't find anything and wondered why anyone went there at all!

Like so many Victorian seaside towns in the UK, Scarborough has lost it's previous glory but has recently been undergoing something of a renaissance and it was good to see that it was busy and that we could find a place to have a decent lunch that wasn't fish and chips!

Of course, I could indulge in my love of decaying signs: 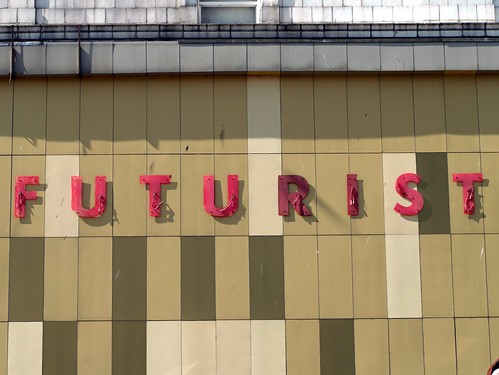 On returning to Brighton, it was a relaxing weekend before heading off to London to meet with Susannah Hall, a tailor in Clerkenwell who is proving to London that you don't need to go to Savile Row to get a great suit made: 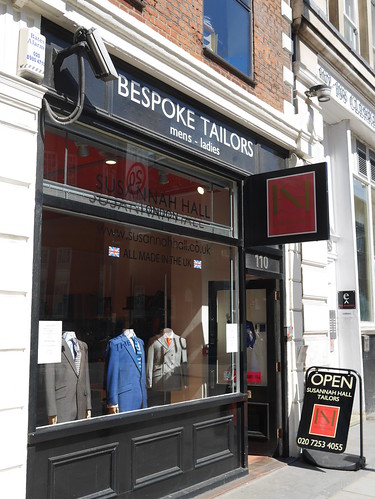 I spent a couple of hours talking to her and had a brilliant time. It is great to meet people with whom one just naturally feels a bond: 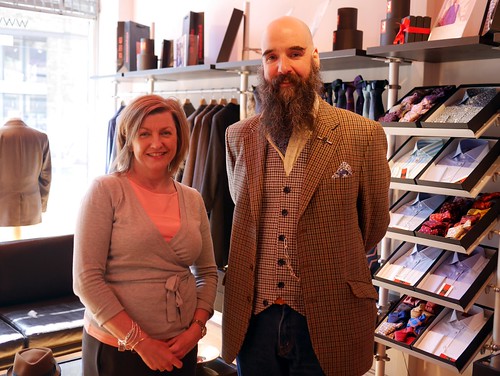 I've started making a few sets of cufflinks to try out in the shop and should have them arriving there by the end of the week.

I love being in Clerkenwell as it is the heart of the jewellery trade in London - though in recent years it has diversified into something of a cultural and media hub - and I spent some time wandering around, resisting the temptation to buy gemstones from Woods or Holts!

Later in the afternoon, I had the pleasure of meeting Francesca and Jojo Grima in their flat for a social chat over coffee.

Our next trip was off to Kent to meet with high-tech jeweller, Chris Parry, from whom I was buying a second-hand PUK welder for my soon-to-be Brighton workshop: 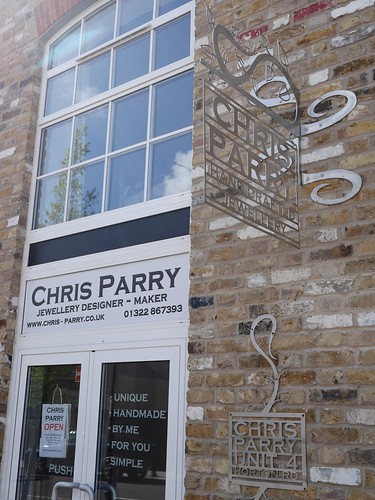 Before I returned home, I had the utter joy of getting to see "The Space Lady" perform live. I've been fascinated by her since I discovered her on a compilation disc of "outsider music" from the mid 1990s and never imagined for one moment that I would get to hear her perform and I was not disappointed! She was incredible. 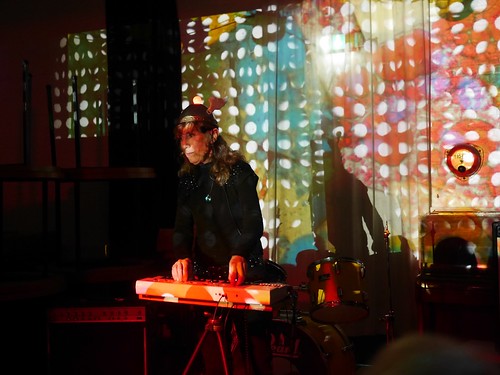 Her performance exuded warmth and charm and her stage-presence is phenomenal. We loved her and I even gave her a little piece that I had made for her at the end of the gig: 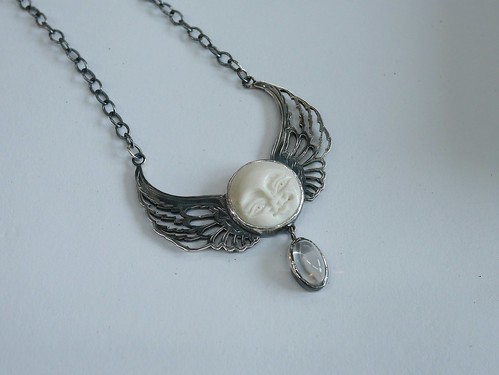 If you are interested in why I am so entranced with her, you can have a look at her YouTube channel.

Back to the workshop this last week and I've been incredibly busy with the commission for a Post-Apocalyptic Cocktail Ring made around an enormous amethyst, to which I managed to set all bar four of the stones: 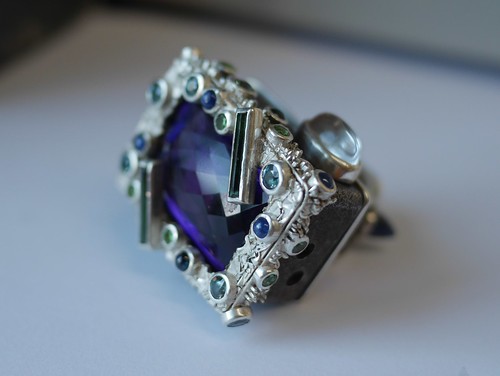 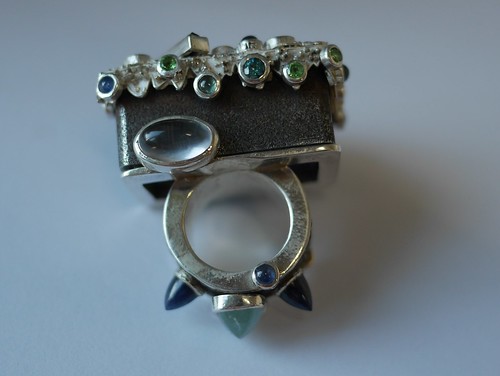 I should have this finished early this week.

The cufflinks are underway too: 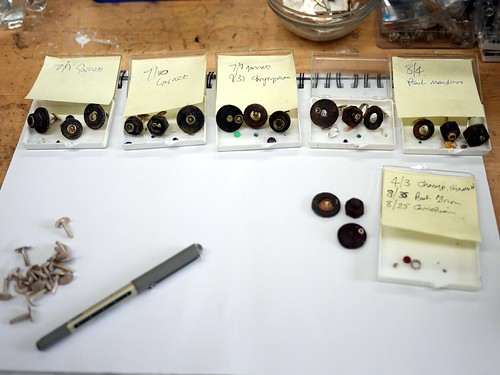 And, last but not least, work has re-started on last year's "20000 Leagues Under The Seas" collar: 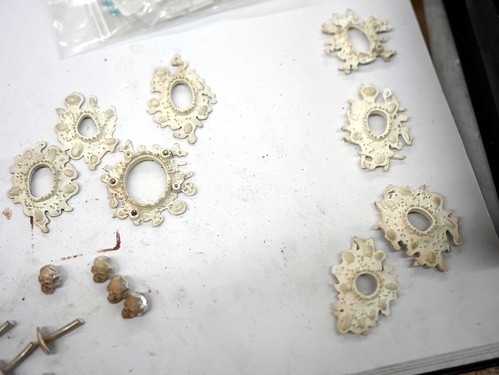