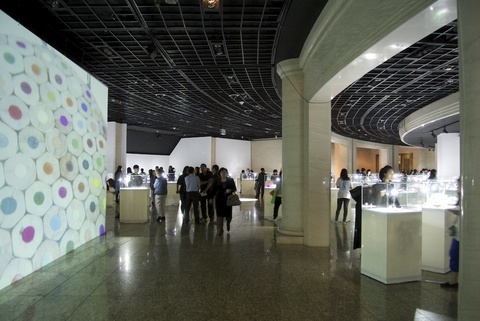 I would like to start Part 2 by addressing some of the basic questions that people have had regarding traveling to, and exhibiting in China.  First of all, everything about this trip was complicated, period.  Being a seasoned traveller, and having lived in a foreign country for an extended period of time, I wasn't expecting anything on this trip to be easy.  The jewelry exhibition had one set of challenges, while organizing an itinerary for Beijing Design Week (BJDW) presented another set of challenges all together.  With respect to transporting my pieces, anyone who has had experience with importing and exporting jewelry knows how complicated it can be in one’s native language, let alone in a completely foreign one. That was just one facet of the planning required.  Information in general was scarce or just plain incorrect, dates changed with little notice, visas were required, and there was no room for error.  All things considered however, if invited to go again, I would in a heartbeat.  The reality is, with all of my preconceived ideas or worries about China, all of the stress involved in the planning, all of the risks weighed, my experience was so rich in every aspect, that the rest of the aforementioned issues have been eclipsed. The Biennale was comprised of two components, the exhibition and the conference, both of which focussed on the theme "Identity".  I arrived in China the day before the exhibition was scheduled to open and had made  arrangements before my departure to deliver my pieces to the museum that afternoon.  Even with a driver arranged through the hotel, and hours to spare, I learned some important lessons that day, the first of which was that traffic in Beijing is a beast not to be taken lightly. The first scheduled event was the opening ceremony of the exhibition, which took place the following morning.  I arrived at the museum where the group of exhibiting artists in attendance were having tea and congregating before the opening ceremony.  While there were a few artists present for the opening who did not stay for the rest of the program, many would remain and travel together over the course of the days to follow.  With the event organizers, media, government officials, and a large group of students present, the ceremony kicked off with speeches given by faculty members from BIFT (Beijing Institute of Fashion Technology), and ended with final words from Laurent-Max De Cock, who officially opened the exhibition in English.  The group spent the next two hours meandering through the massive exhibition space, and there was an obvious charge of excitement that could be felt from everyone in attendance. 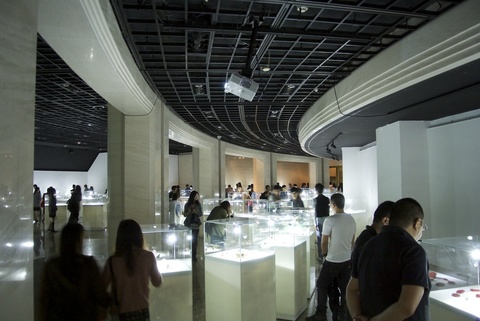 The massive rotunda was split into East and West wings, dividing the work of the artists from those hemispheres respectively.  I was familiar with the majority of the "Western" work in the exhibition, but the jewelry was predominantly from the "East".  A diverse range of working styles was on display, and as with many other industries, trades, and various branches of art and craft, the Chinese proved to be highly skilled technicians.  As I previously mentioned, "modern" jewelry is relatively new in China, and therefore school departments are also relatively new.  "Identity" proved an appropriate theme, as much of the work was obviously influenced by "Western" jewelry and historal jewelry trends.  This should come as no surprise, as globalization is impacting art everywhere, but I will go into that a little deeper in the next section when I discuss the conference. 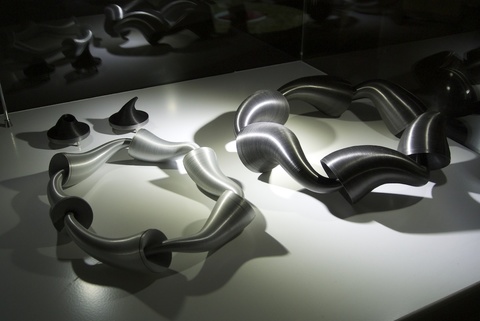 There is no doubt that China will be a major player in all of the branches of jewelry making and design, but they still lack the organizations, communities, and infrastructure needed to catch up with the "West", and perhaps decades before they catch up with the European establishment.  Beyond the work itself, I was truly impressed with the professors and instructors I met and spent time with there.  Most of these individuals left China to study abroad well before the jewelry trend kicked off, and have dedicated themselves now to educating the jewelry artists and makers of the future. 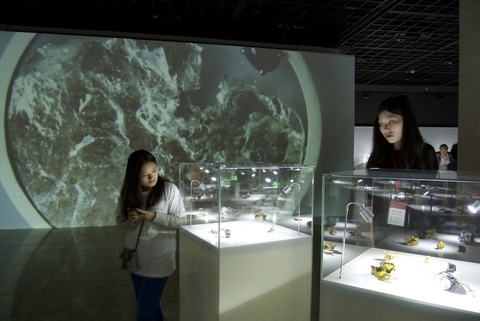 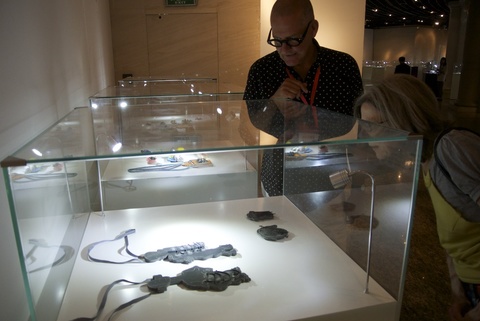 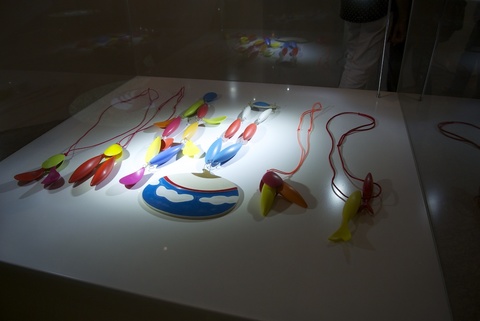 My overall impression was quite positive, however I do have two criticisms of the exhibition itself, both of which could be easily addressed by the organizers in the next edition.   The first, and foremost is that there was an overwhelming amount of work on display.  This made it difficult to really take in everything there.  The second was that the lighting used in the showcases was essentially too powerful for the small spaces they were illuminating.  On the bright side, the powerful showcase lights were fantastic for taking photographs, and created some great shadow effects and reflections in the plexiglass cases. 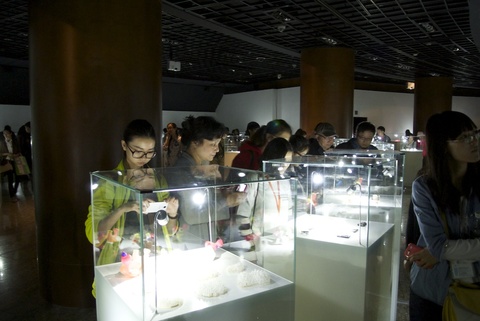 I'll end by mentioning that China wasn't the only country showcasing work from the "East".  Taiwan has also been a big producer of talented jewelry artists, as I'm sure many of you have noticed.  I had the privilege of purchasing a piece from one of my favourite new artists, Heng Lee (pictured below), while visiting the Ubi Gallery in Beijing.  Heng's work is but one example of the brilliance coming out of Taiwan. 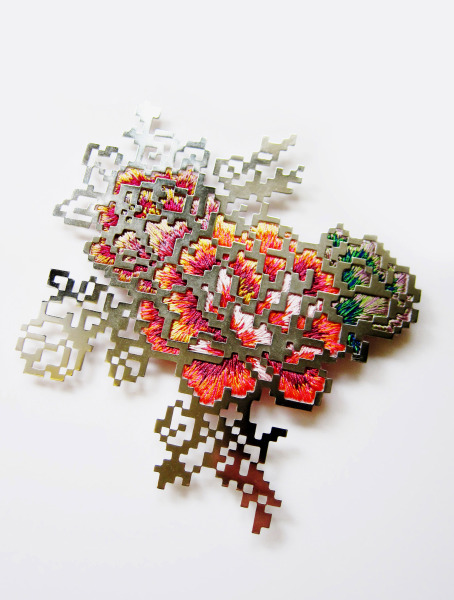 For anyone interested in seeing more photographs from the exhibition, please feel free to visit my Facebook page where I have created a folder called "Beijing Exhibition" containing approximately 75 images.  It is a public page so you don't need to have an account or log in.

Part 3 will focus on the Conference, which was comprised of a lecture series and "Round Table" discussion at BIFT.

Thank you all for joining the group and taking the time to read this! 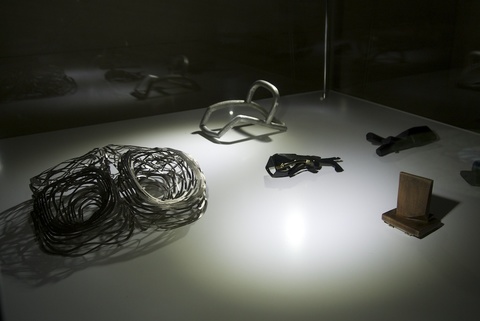 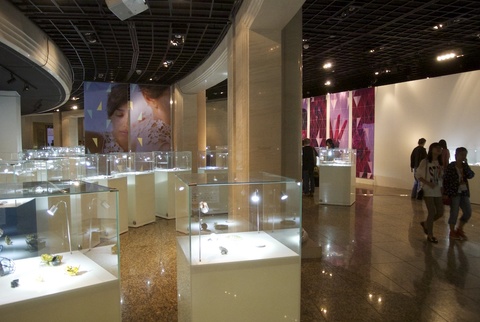 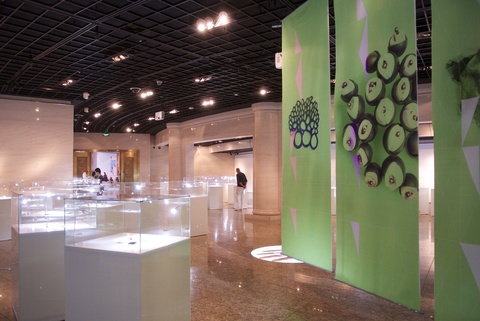