The Biennale had a conference component, comprised of a lecture series, a round table discussion, and several scheduled cultural excursions.  In the afternoon following the exhibition opening, the conference began with presentations from nine of the artists in the exhibition, and Marie-Jose Van den Hout, owner of Galerie Marzee. 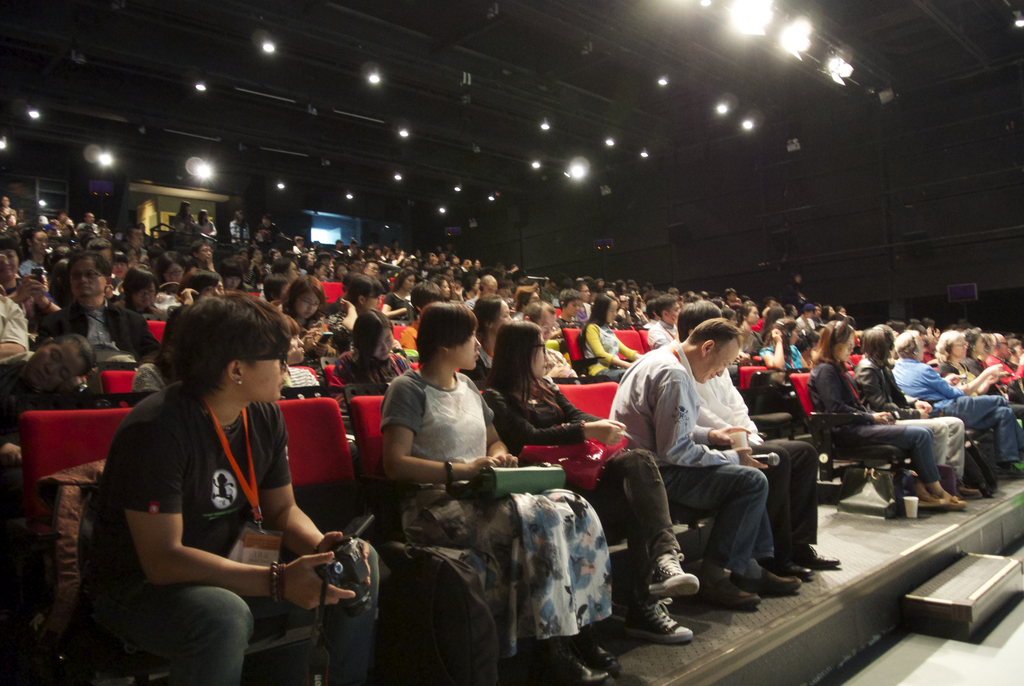 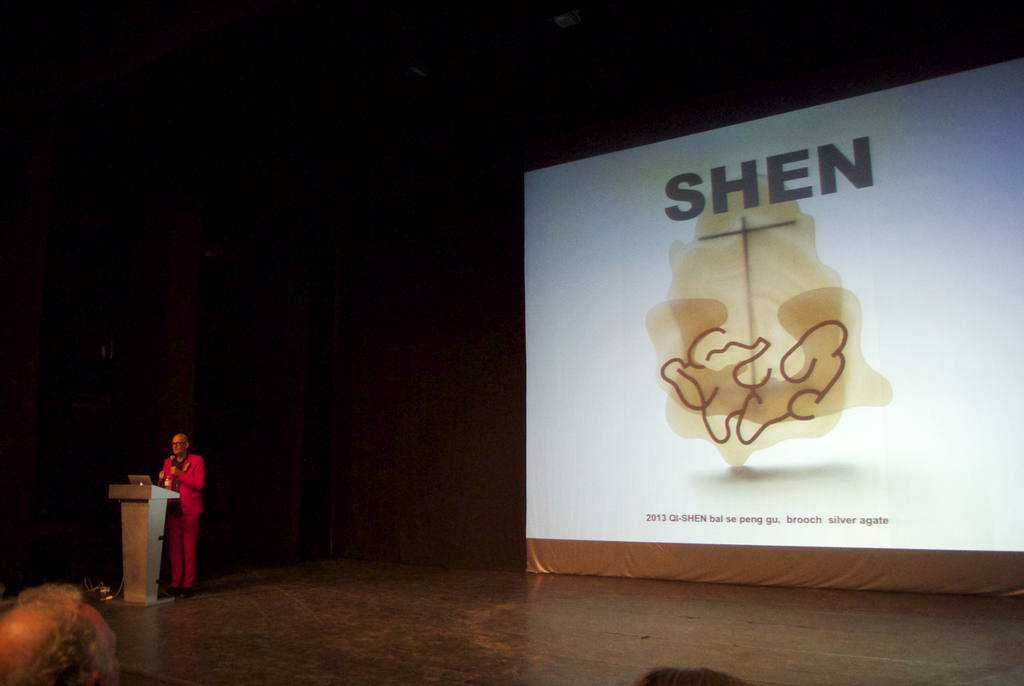 Following along with the theme of “Identity”, many of the presentations focussed on the artists themselves and the emotions and experiences they convey through their work.  Ruudt Peters spoke about several of his projects over the years, and his personal interest in “alchemy and transformation”.  Ruudt also talked about his interest in Chinese culture and the work he produced during and after his 3 month trip to China the previous year.  Antje Brauer described how living in the rural setting of northern Germany has influenced the direction and esthetic of her work. 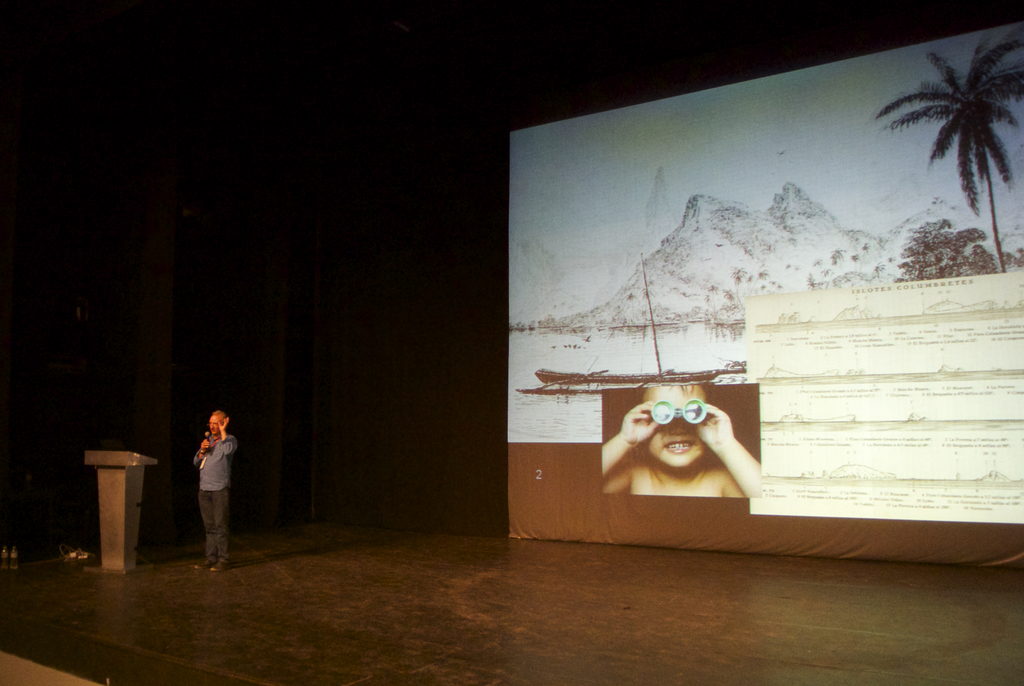 Ramon Puig Cuyas spoke about his desire as a child to be an explorer and an astronomer, but lacked the skills in math and science to excel in those subjects in school, and how he has achieved a sense of those experiences through the fantastical pieces he has created over the years.  I connected personally with Ramon’s presentation, and had a clearer picture of him as an artist and of his message.  While my work is nothing like Ramon’s, I feel the same need to map things and create order or direction, but in an entirely different way.  I too have had dreams of being an astro-physicist or an astronomer, and search for those experiences through my research and work. Marie-Jose Van den Hout gave an interesting lecture about the history and activities of Galerie Marzee.  For Marie, who runs the largest contemporary jewelry gallery in the world, this new access to academic jewellery departments in China means a new pond to fish from, and a well stocked pond at that.  Its no secret that the China Academy of Fine Art and the China Academy of Art have been churning out talent in this field for some time.  Until now, these artists have primarily been discovered while working in graduate programs abroad.  Direct access to the Chinese programs that are sending these artists abroad is sure to mean many more Chinese artists in galleries in the West over the coming years.

Laurent-Max De Cock, spoke about his involvement in the upbringing of these jewellery departments over the past decade.  Hailing from Belgium, and a professor at the Royal Academy of Fine Arts Antwerp, Max has been traveling to China to teach, and has acted as a liaison for the HRD (Antwerp’s Diamond High Council) in China.  He has been a consultant for BIFT aiding in the recent expansion of the Metal Arts Department and construction of a brand new facility to house the jewellery studios.  I was shocked at how sophisticated these new labs are, and spent an afternoon there with Max and a group of his students. 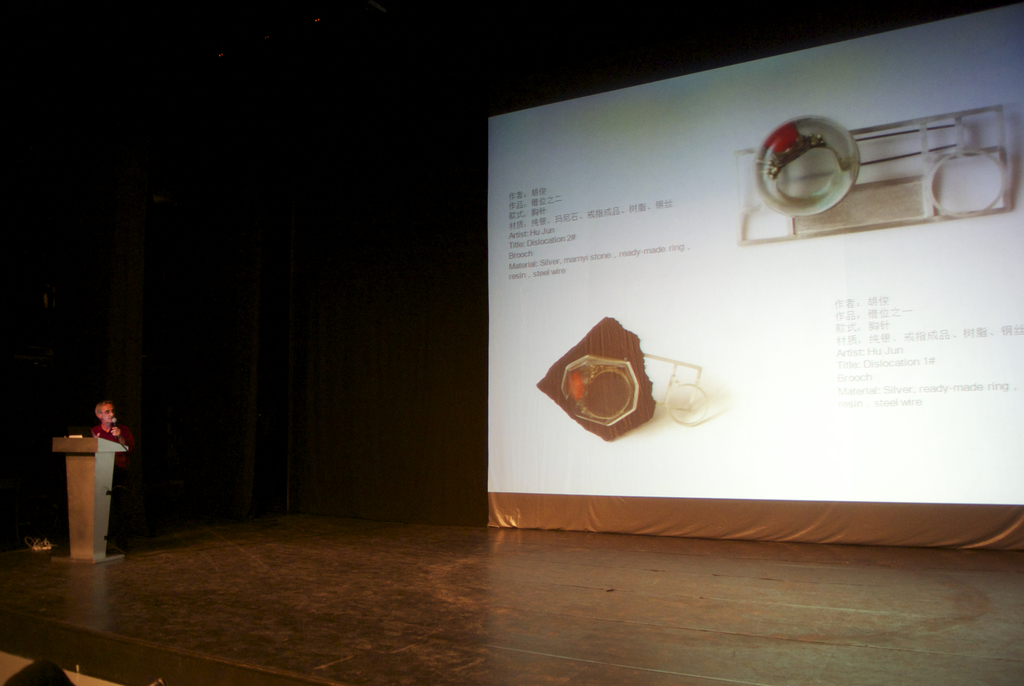 Jamie Bennet gave the final presentation of the day and spoke in detail about the evolution of his work with enamel, and gave some background on his journey as a jewellery artist and educator.  Jamie is the director of the Jewelry Department at SUNY New Paltz and a renowned enamelist.

Our day concluded with a group dinner at a family style restaurant.  Seated around circular tables, we were treated to a traditional Beijing meal of Peking duck and enjoyed the company of our gracious hosts from the various institutions that organized the event. 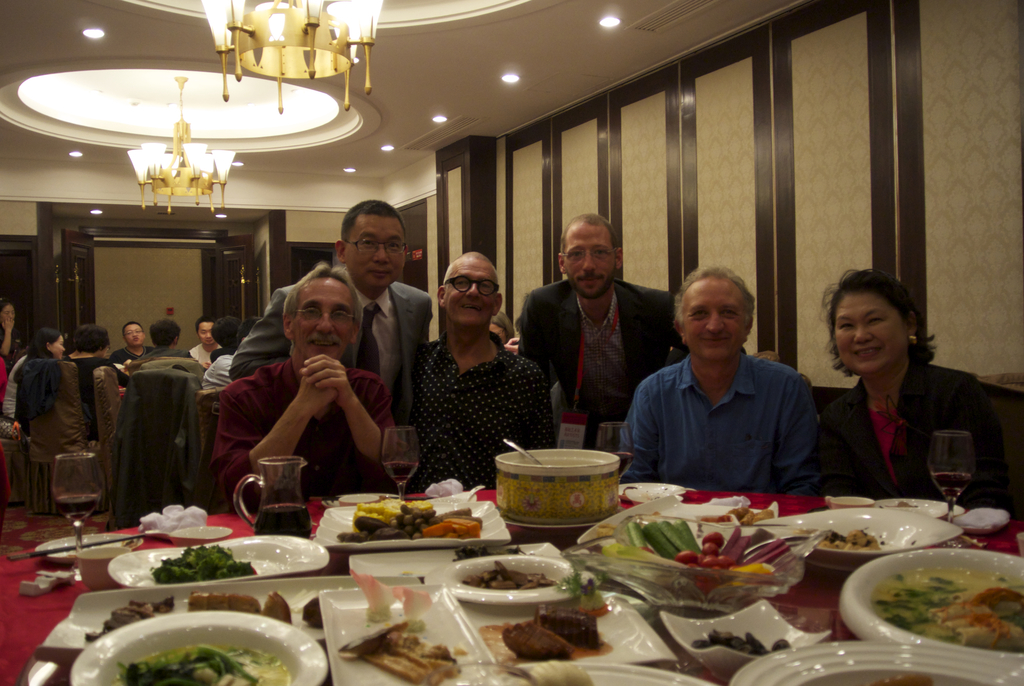 The next morning our activities began with the Round Table Discussion at BIFT.  We assembled in a boardroom to discuss the development of “Jewelry Culture” in China, and how to further elevate the educational model in China’s institutions.  One of the big questions that came from the Dean of BIFT was, “How can China ensure the success of more jewelry artists”?.  This may seem like a simple question, but the reality is, China now has a huge number of graduates each year coming out of jewelry programs who want to be “jewelry artists”, rather than jewelers.  The country has invested tremendously in large jewelry programs at Art and Design Institutions, as has been the trend in the West over the last two decades.  Many of these students earn Masters degrees and PhDs, and want assurances that there will be a place for them in the jewelry world.  But even with all of this commitment to the Chinese Jewelry Arts, the reality is, its not that simple.  Ubi Gallery, the brainchild of Machtelt Schelling a Dutch woman with the vision to establish China’s first art jewelry gallery, opened just last year in Beijing.  But with a surplus of talent and only one or two venues in the country, China has been exporting their artists work to an already saturated market in the West, as they have done previously in many other industries. 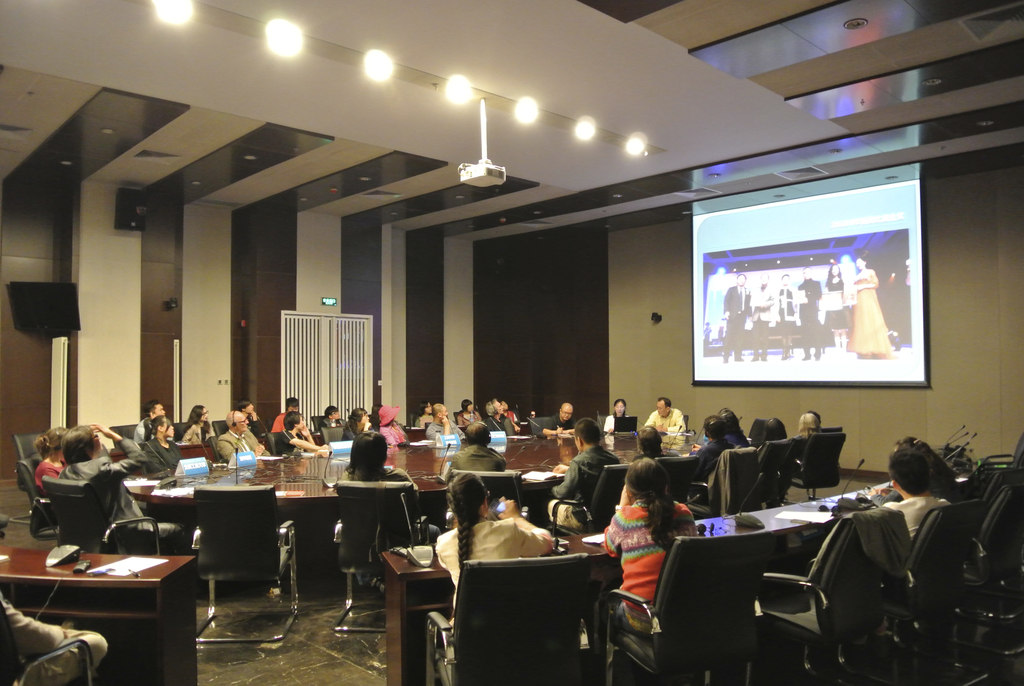 I raised the point that the success of art jewelry in the West has been largely due to a highly functional infrastructure, founded on societies and organizations, social networks and communities, schools and Universities, exhibitions and fairs, and both public and private collections in museums and galleries.  Aside from Ubi Gallery, China has none of that currently.  China needs to begin to build a National platform for their artists and designers, consisting of grant programs, design competitions, and events to educate the public about jewelry, in addition to the aforementioned elements.

There was no defined response to the Dean’s question, but what was established was that China needed to look within their own borders for answers, and establish an identity independent of their blossoming presence within the scenes in Europe and North America.  Jamie Bennett had an interesting point to make with respect to how and why artists become successful and chalked it up to three defining factors; talent, determination, and luck.  I have to agree with Jamie whole heartedly.  Talent is no longer enough on its own to ensure success as an artist.  At the end of the day it really does come down to a balance of all three, and those who can put that package together are almost sure to succeed.  Having a degree sure doesn’t hurt either these days. 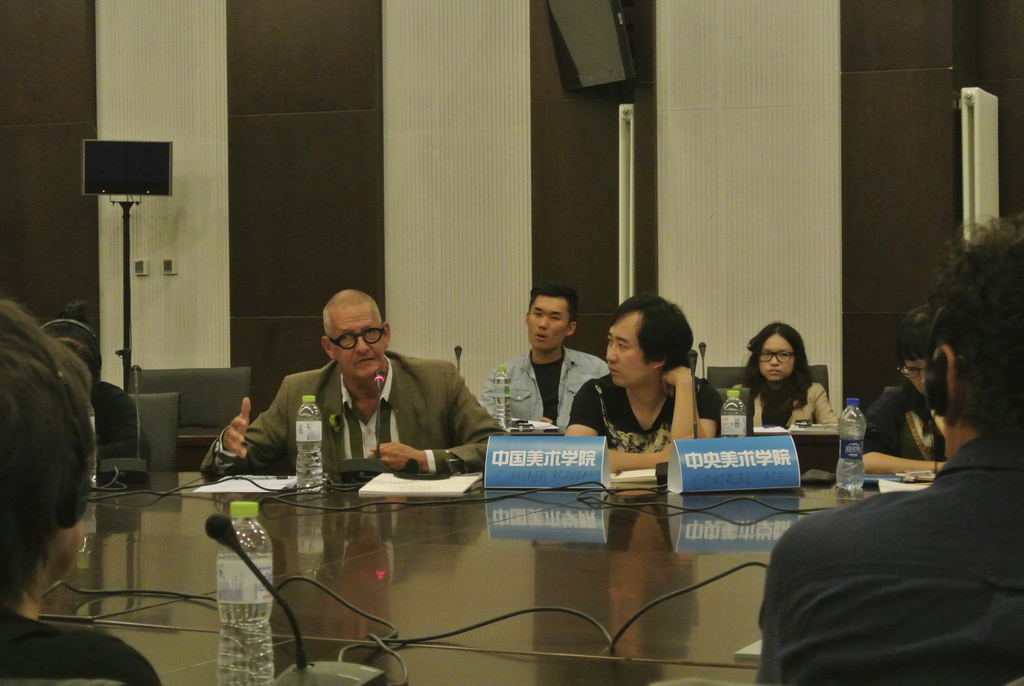 The European representatives were quick to point out that Western influence is overly common in China’s new jewelry, and in order to achieve a connection with the public, elements of Chinese identity need to be tapped by artists looking to build an audience domestically.  Max summed it up best by saying “creativity must come from the inside out, not the outside in”.  Jewelry artists in China currently have no choice but to look to Klimt02, Crafthaus, Art Jewelry Forum, and Schmuck for insight into what is happening in the jewelry world.  This brings me back to the previous point I put forth, which was that without a platform and community of their own, China’s art jewelry scene will only exist abroad. 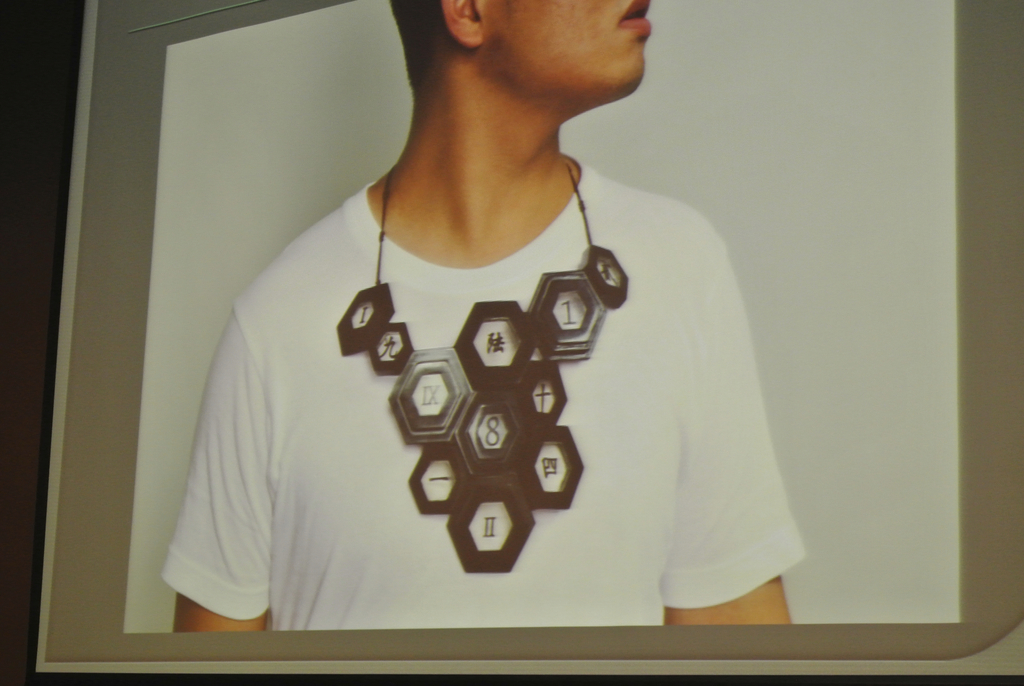 The round table discussion wasn’t entirely about praising the West however.  Ruudt made several comments regarding fundamental problems within Europe’s educational system, and cited a general decline in quality within the field.  I would agree with this too, and I spoke about witnessing this first hand while studying in Europe.  Technique was being diluted in many school programs, and was slowly being removed from curriculums as the alternative materials trend took off.  Jewelry schools became “contemporary jewelry schools” and emphasis was shifted from developing skills to developing concepts.  Having trained as a goldsmith, who over the years has attempted to perfect a number of techniques to employ in my work, I spoke about my own experiences developing what I called a “tool box” of techniques, and how it has helped me in accomplishing goals and overcoming challenges in my own work.  For example, if an artist has an idea or a vision for a piece, but doesn’t have the ability to produce that vision, it will inevitably be discarded.  The reality is, when an artist has the ability to draw from a range of skills, the ideas and work they produce will be their best work.

Jewelry programs in China on the other hand have students spend two years learning foundation in a classroom before ever entering a studio or laboratory.  By the time they actually start to produce physical pieces of jewelry in their third year, they know what they want to make and the mechanics of how to make it.  As current trends become old and new ones emerge, China is surely poised to be a major player in all aspects of jewelry, domestically and abroad.  Galleries in the West are already representing a huge number of artists from Asia, and there aren’t new galleries popping up in the current economy. Over the coming decade artists and manufacturers will have to vie for their place in the market, whether in boutiques and galleries, department stores, or online, and a resurgence of quality is inevitable.  You just wont survive otherwise.

In Parts 4 and 5 I will discuss our group adventures and Beijing Design Week...