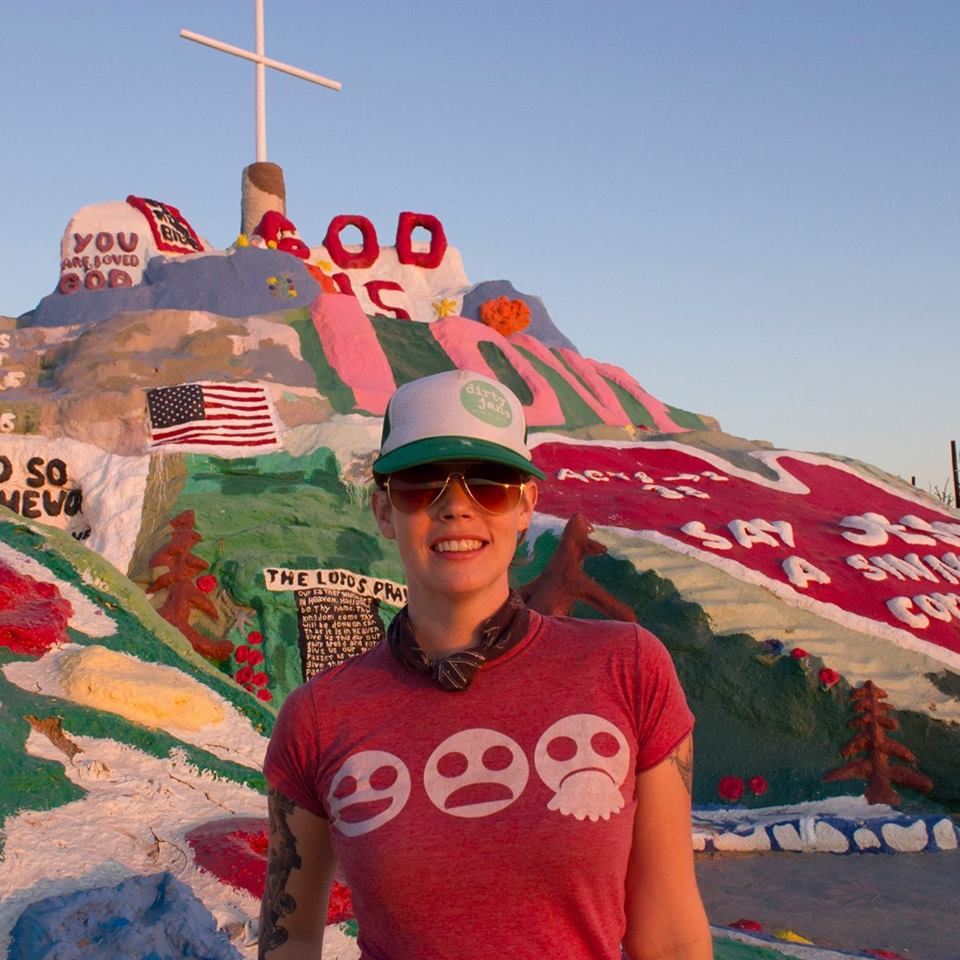 Just barely breaking the speed limited I passed the usually full campsite signs that donned the Park over the weekend. But today was Tuesday. I tried to keep my calm, which was easily blown away with the next intense gust of wind. I then passed a new sign covered in construction worker orange.  Glowing with the intense morning rays the words jumped at me screaming their all cap authoritative statement:  ALL CAMPGROUNDS FULL!!!

“Oh crap!” I spat out along with a few f bombs then sped even more in a crazed attempt to find a vacant campsite during the biggest bloom the desert has seen in 10 years. I was no longer breaking but full on destroying the law. She was traveling hundreds of miles to spend a week in the park and I didn’t even have a camping spot. “You will figure it out, you always do.” I said aloud. 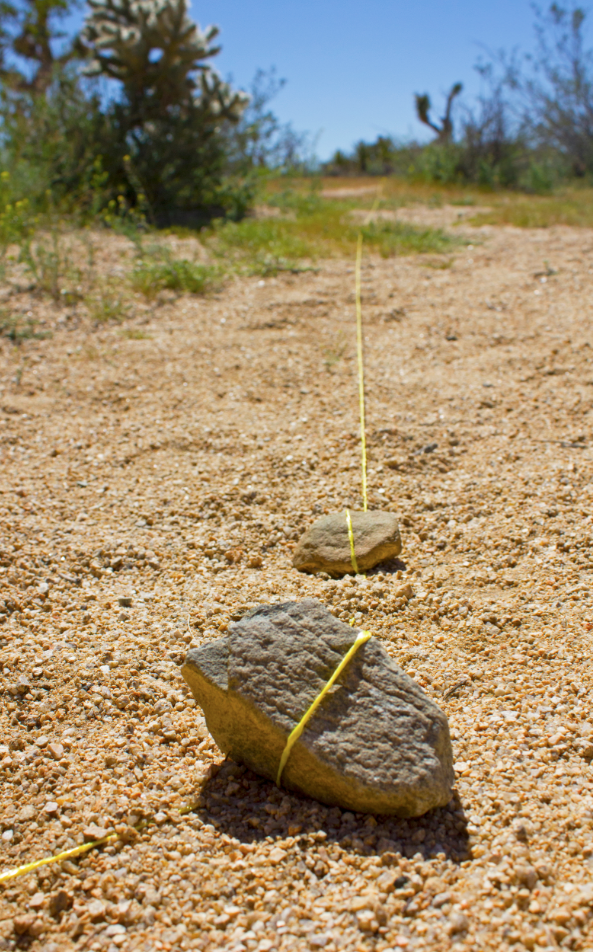 And I did. I knew this park and I knew this desert. I knew her rules and how to bend, even break them. After I pulled into the setting of the 7 day off the grid artist residency I went into autopilot setting up camp. I set up Cate’s tent, which would become her home for the week. I hoped she would be able to handle the wind, the cold, the hot and the limitations and create. I also hoped that I had chosen wisely by selecting Cate over the numerous others.

After picking her up from the airport we headed into the dark night of the park. We talked chitchat until we arrived to our campsite. I showed Cate the tent where her bed was ready to capture her tired, traveled body.  Handing over a flashlight along with directions to the outhouse I bid her goodnight. “Call on me if you need anything.”

As I crawled into the van I was hit with insomnia, then anxiety. I now faced the realization that I was responsible for another being in a place where death can easily and effortlessly sneak up on you. My anxiety eased with each day. I saw Cate face challenge after challenge; going through battles that I had faced when first went off the grid. I stood by, giving support and space for her to find her own way. Which she did. It’s a rarity to witness someone’s personal growth in front of your own eyes and even more rare to see this within a few days.

The Joshua Treenial, which is a weekend of art, installations, performances and community building which highlight all that Joshua Tree inspires and makes possible was the same weekend (the last Treenial was 2 years earlier). With a small change of plans Cate lit up at the opportunity to spend a day or two exploring the Treenial events. I began to feel this residency wasn’t only mine but it was also hers. I began to let go and readjust, just as Cate was.

The events brought so much to the residency. Inspiring thoughts, conversations, questions which we jived about each night under the endless sky of blazing stars.

Arriving to the 7th day ,we had developed a routine that now came to an end. We bid our goodbyes and as I drove back into the desert I felt a sense of growth not just within Cate but also within myself. An Homage to Ana With Ornamentation.