Where do you fit on Craft Forward? Weighing the value of "absolute risk" and "absolute certainty".

Instead of duplicating the content,  can I ask you to read ASK Harriete  and either leave a comment or participate in the discussion here on Crafthaus. A concept that Glenn Adamson used in his lecture is something forefront in my mind when I am working in the studio.
I just never had a way to verbalize this before.

The concept contrasts RISK and CERTAINTY.  It is about weighing the value of "absolute risk" at one end of the scale and "absolute certainty"  on the other.

Every artist and maker is making this decision every day,
and every moment they sit in their studio.

Do you cut paper with a scissors, paper cutter, or just rip it?
Read ASK Harriete if you don't know why I ask. 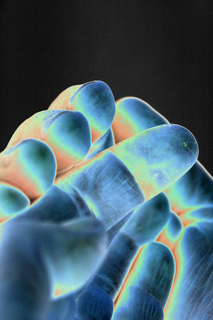 When my work seems very painful, very difficult, very frustrating, I know that I am going into new territory.

I try to remind myself that the "pain" is a growth experience.

Does this happen to you?

The next part of the problem is how does one survive as an artist/maker?

Does the marketplace from craft show to the museum support risk?

Does the marketplace from craft  show to the museum support certainty?

Is it politically correct to even say out loud that the marketplace demands certainty, but rewards risk? Isn't that a contradiction in terms?

What do you think?

I think the marketplace is a big place. The mass market demands and rewards certainty.

A variety of smaller markets -art and high end design-I think demand and reward risk, but those markets are smaller as the cost of risk is higher.

Yes, I looked though my notes. Glenn Adamson  did mention David Pye. (I was trying to keep my post short and skipped a whole sections of Glenn Adamson's lecture.)

For readers interested in more information here are a couple of books by David Pye. The Nature and Art of Workmanship

The Nature and Aesthetics of Design

Thanks to Sondra for mentioning this author and bringing his books to our attention.

Permalink Reply by Timothy McMahon on April 12, 2011 at 10:26am
The Nature and Art of Workmanship is a great thing to have.  I think because it is a little dated it's interesting to read through and see some early truths (and I think Pye was very good at choosing the words and ways he describes the subject) but also to see what no longer stands true, for instance, he opines that skilled trade will always be needed to some degree because there will always be someone who needs to make a prototype- but with modern technologies--CAD--some of the thinking needs remapping.