CRAFTHAUS:  Where did you go to grad school?

DANIELLE:  I applied to six programs total. I was very nervous about going to grad school, so I wanted to cover all my bases. I visited all of those six schools, East Carolina University in Greenville happened to be the last one I looked at because it was the closest to home. I could drive there in one day, and I did, in my dad’s truck. I got there a day early for my interview and, to save money, I planned on staying the night in the truck instead of going to a hotel.

I had an appointment with the director of the grad program the following morning, so I had some time on my hands and decided to walk around the metal studios a little, poke my head in to see if I could talk to some random people, get a feel for the place. This was in the summer, there weren’t many people working in the studios but I happened to meet Laritza Garcia in the metal studio where she was busy refinishing hammers and mandrels. I introduced myself and we started chatting. After a while she wanted to know where I was staying and when I told her I was staying in my car, she invited me to stay with her instead. How nice was that? We ended up having a great time, she introduced me to a bunch of ECU people that same evening, it was all so effortless. I could not have bumped into a better person that day. Not to say that the other universities I considered weren't warm and nice as well. They were, but there was a different energy at ECU and it worked for me. CRAFTHAUS:  You decided to study with Bob Ebendorf at ECU, when was that?

CRAFTHAUS:  How did your work change at ECU, what progress did you make?

DANIELLE:  The reason I wanted to go back to school was that I knew I needed to work on my fabrication skills, see what I was actually capable of making. 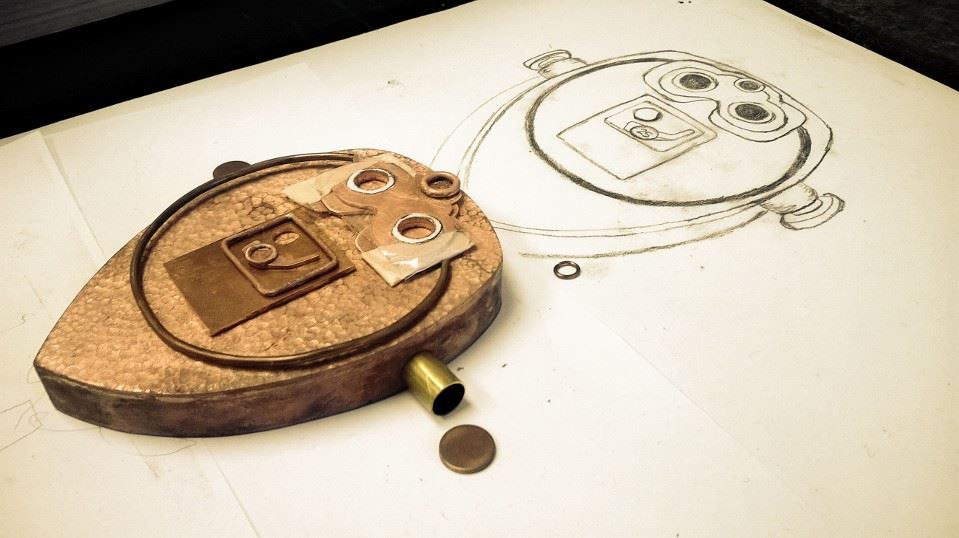 At ECU, every single thing I was working on was much more complicated and intricate than anything I had ever done before, a fifteen-part process that ultimately culminated in just one piece. There was the Chattanooga, TN piece, it looks like a view finder. It’s a hollow form that has many things added to it. Some functions move, that was the biggest new thing for me at the time.

I was excited when I finally finished that piece. For a long time I didn’t think I was going to get it done. It sat on my desk waiting for assembly, like, forever. It was one of the last things I finished from my thesis. I worked on it for almost a whole year and I was really proud of myself that I could slow down that much - and that it was okay for me to do so. 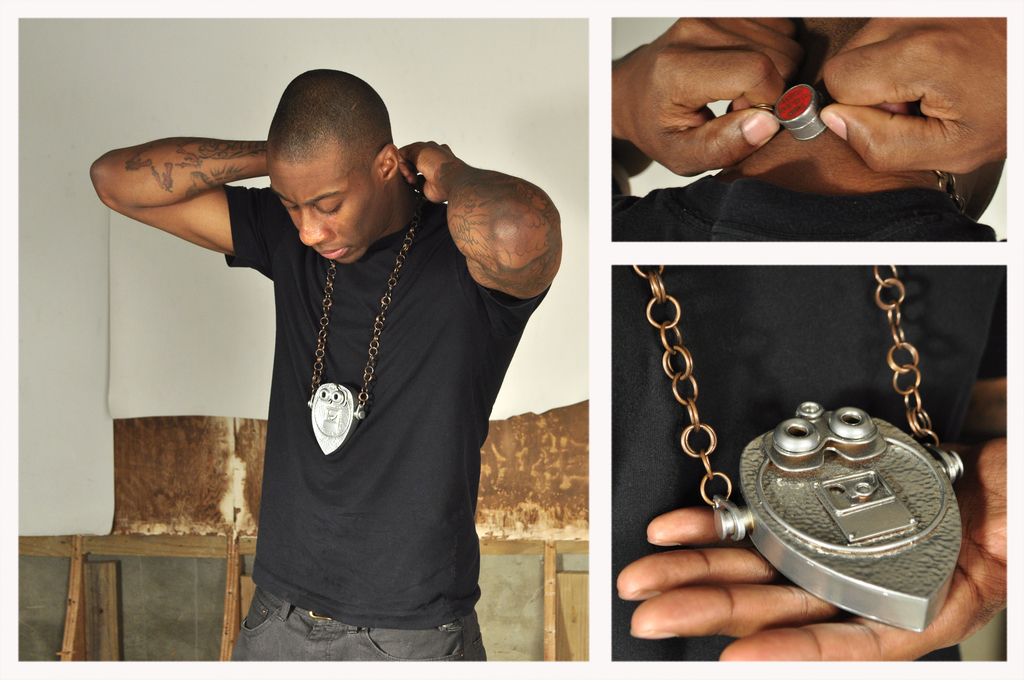 CRAFTHAUS:  I’ve seen images of work you did with neon lighting, how did that come about?

DANIELLE:  That happened after my first year of grad school. When the ECU budget was done and they still had a little money left over, the school put out a call to students asking if anyone was interested in some sort of residency and that we should put a request together if we were.

I was interested in neon signs, 50’s era dinner stuff, classic cars and so on. There are lots of diners in the north east. I wondered if I could find out how to make neon lights.  My ultimate goal was, of course, to make jewelry out of neon lighting, but first I had to learn how to do the basics. 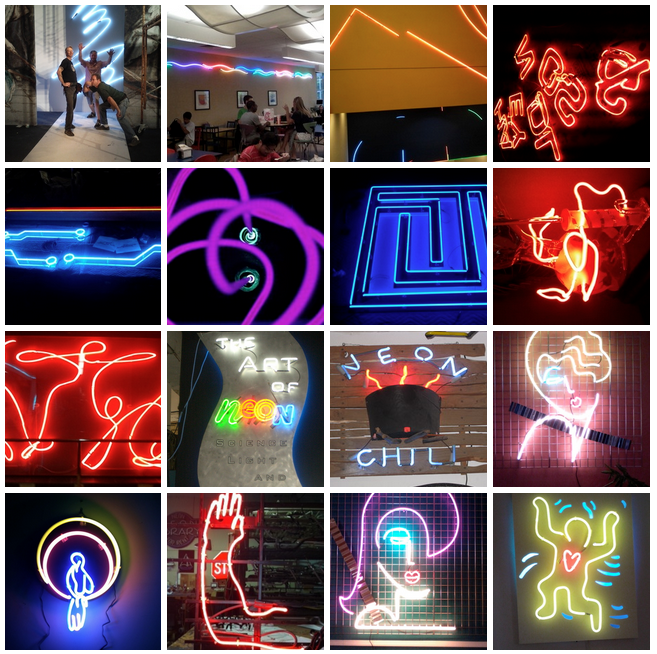 I looked up every neon shop in the Northeast and in the Southeast and called all of them. There were only about 20 around. Most of them either didn’t answer my call, some refused outright, often accompanied by, "What on earth are you talking about?" I finally found The Neon Company in Atlanta, GA, that was willing to listen. Gregg, the owner was confused at first about what I wanted to do, but then he said, ok, come on down.

I jumped for joy, wrote all the necessary paper work for ECU and essentially received enough money to go to Atlanta for a week. I figured, I would meet somebody during that first week which would then maybe lead me to stay somewhere I could afford. Turned out there was an apartment off of the neon shop that I ended up staying in for most of the time I was in Atlanta. I was really lucky they gave it to me. That was generous. 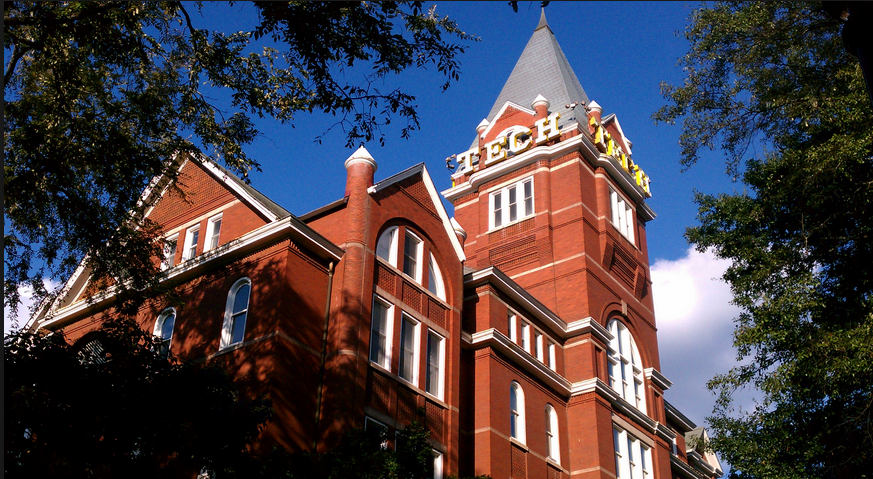 We had a project on top of the Georgia Tech Tower. The tower has a neon sign and the team had to exchange the letters T and E. And so, on my first day on the job, I got to climb to the top of the Georgia Tech Tower. Imagine how excited I was! There is a very old, wooden ladder we had to climb up, which was an incredible experience. To my surprise there is a lot of graffiti up there which was surreal to see. I watched a guy from our team dangle on the outside of the tower replacing the letters, after that we all climbed back down. It was great. That was my first day on the job. Towards the end of my second week, Gregg allowed me to start bending tube. I guess he was surprised I picked up the basics fairly quickly. I really took to it, but never managed to do the big circles people are so in awe of. Those are difficult to create. It takes a lot of time to master glass tube bending, you need to learn how to move them gradually. The two jewelry pieces I ended up making were made with forty-five and ninety degree angles because that’s what I can do. But at least I got to make those two pieces and I am happy with them. You have to vaporize mercury inside the tubes and there’s this giant electrical machine that's scary to deal with - they wouldn't let me get near it - the guys in the shop did all that for me, but other than that I bent that neon glass for the necklaces!

What else happened while I was there? Adult Swim sent us a bunch of signs they had received from China. The signs had broken during shipping and we got to fix them. That was really cool to see. 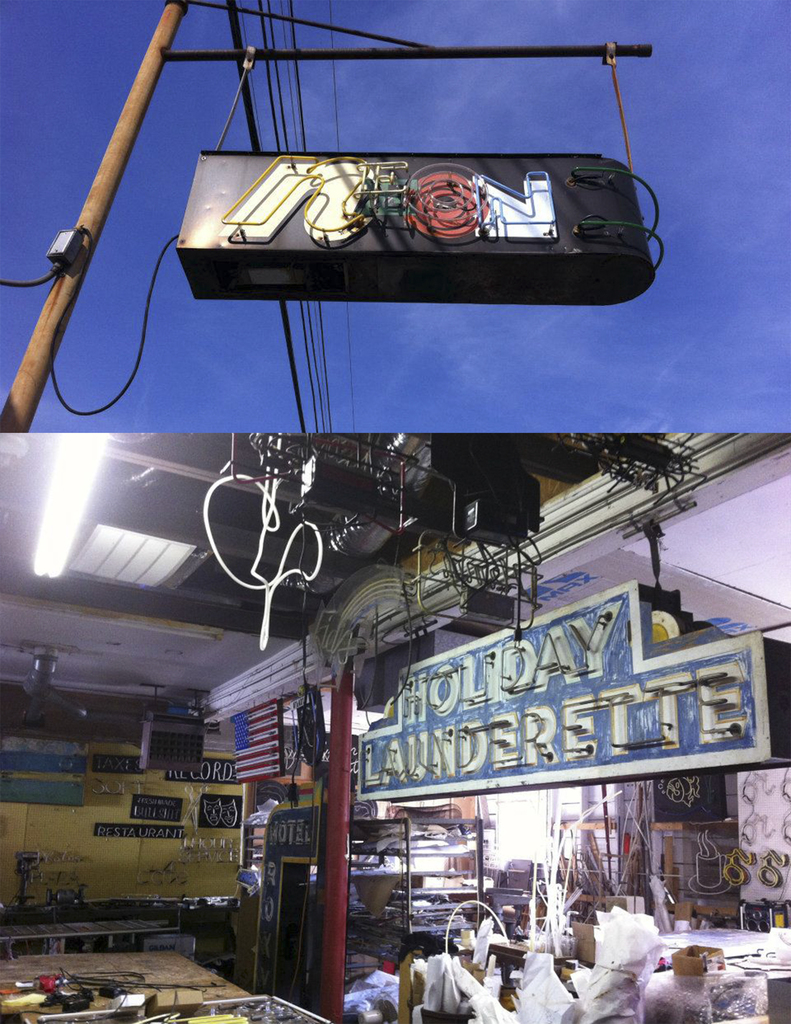 The Atlanta shop itself is like the museum of neon. Signs everywhere, from many different time periods and all of them come with a great story which Greg would tell you if you wanted to know. The shop had a great atmosphere, but I definitely felt like the odd woman out because I was the only woman in the shop and the youngest person to boot. The guys in the shop were a little confused, I think, about why I wanted to be there [laughter], but it was a great, great experience. When I came back to ECU I naturally didn't have any of the equipment needed to continue the series, but I was introduced to a glass guy in Raleigh and made some smaller pieces at his place that I'm still working on.

The big issue with neon necklaces is that I can't make them small enough to be actually "wearable." I love the color and I love the glow and they are absolutely intoxicating, but also kind of impractical to keep around. They’re made of glass and therefore they tend to break, unfortunately.