When I was immersed in art school and its countless critiques, I found that people tended to shy away from contemporary jewelry with a political bent, whether it be about gender conformity or democratizing jewelry through alternative materials. The word “politics” brings to mind corrupt bureaucracies, disfigured promises, and the ceaseless bickering between two political parties. But “politics” is so much more than its bad reputation. As writer, educator, and activist Ghadeer Malek puts it, “politics is about power, what we do with it and how.” When applied to our bodies, politics is simply about who controls and defines our bodies. Unfortunately, talking politics is considered a faux pas in many contexts. At my critiques, some shared the sentiment that putting too much political and critical thought into the making process would needlessly over complicate things and upset people. While I agreed that jewelry can be overthought to its own detriment, I also felt stifled by the belief that expressing a political agenda through contemporary jewelry simply wasn’t a nice thing to do. And in our community, being nice matters.

We are a relatively small community, and “nice” is oftentimes the glue that holds us together and unites us as makers, designers, artists, manufacturers, gallery owners, and educators. I would not be where and who I am today if it wasn’t for my supportive, academic family or for the big-hearted community of metalsmiths I joined after graduation. But… even after I was accepted into the folds my tribe, I couldn’t help but feel a gaping hole for criticality and politics. 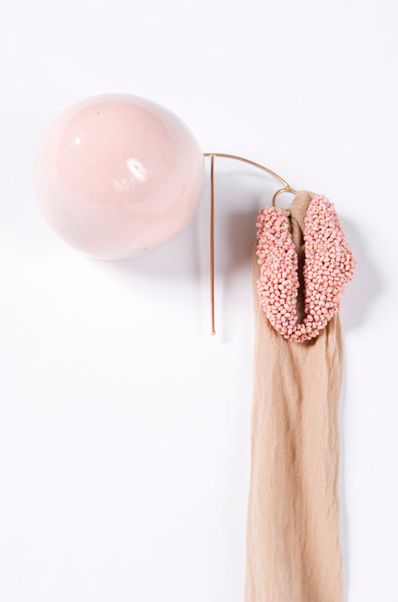 My thoughts were echoed at the 2014 SNAG Conference in Minneapolis, where I attended a panel discussion centered around the lack of critical writing on contemporary jewelry. The field of contemporary jewelry is small, community-driven, and everyone practically knows everyone else. In this context, it could be hard for someone to write a critical review about a peer’s exhibition and to say, well, not nice things. But surely, just because something is hard, doesn’t mean it should be avoided? 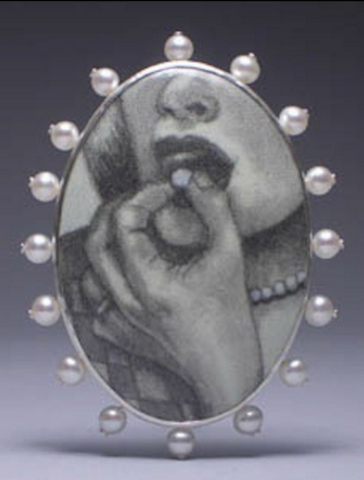 The thing is, it’s ok for “nice” to sometimes take the backseat to political or critical thought. Contemporary jewelry is the perfect place to embed, experiment, and activate ideas, especially if they are political. For tens of thousands of years, jewelry has been worn as signifiers of age, social status, relationships, material value, aesthetic value, religion, and more. The breadth of jewelry is breathtaking, from the chains of office in Medieval Europe to delicate, gold bracelets for babies in a Hindu family. Couple the manifold functions of jewelry with its inextricable link to the human body, and you have contemporary jewelry with the potential to unsettle and redefine the way we see gender, sex, and feminism—in a way no other field of visual art can. For this blog, I intend to explore the intersection between gender and jewelry with a three-prong approach: interview artists who do not shy away from words like “gender,” “sex,” and “feminism”; analyzing the work of said artists and the reach of their work via surveys; and reinvigorating conversation about gender in jewelry through an online exhibition.

I can't wait for the next installment of this blog, and I hope you will join me in my attempt to, as my favorite mug puts so eloquently, "Wake up and agitate!"

This is very interesting. I would argue that there is a dangerous thread in universities (and education generally) of stifling debate in the name of "not causing offence". In the UK, that bastion of 'free speech', the Oxford University Union, has denied platforms to people they see as 'offensive': by offensive, of course, they mean people who express views that some might find offensive. It is not hard to imagine where this could end.

In the 1980s, I was heavily involved in radical politics - I even had the privilege of visiting the Greenham Common Peace Camp, which changed my views of feminism forever - and I am thrilled to feel some of the same energy rising again, though this time round it is going to be far harder for people to make their dissenting voices count. (One of the curses of the internet: it is easy to be heard but hard to be counted!)

All artists and makers can contribute - my own work stems from a Marxist "dignity of labour" stance about the act of making and attitudes towards masculinity and gender - and, indeed, I would suggest that if we are not to merely make pretty baubles for the elite, then we MUST contribute to the dialogue, even if that means being cranky, unpopular or whatever.

As a side note to this, it has been really exciting over the recent years to see our international students from China become increasingly questioning of their regime at home and to feel empowered to express this in their work