Spring is flying by and the conference will be here before you know it! Over the next few weeks, I'll be blogging about the lectures, exhibitions and other events making up this year's shin dig in New Orleans, LA. To kick things off, I like to post about the SNAG Masterful Links Project.

The SNAG Links Project was originally conceived of and coordinated by Linda Kaye-Moses from 1996-2001. In this project, Linda invited 12 artists to create a link (a pendant-like adornment) utilizing their unique skill-sets. The pieces were documented, then donated to the annual conference silent auction.

Victoria Lansford revived the project in 2015, with the links displayed at the 2015 and 2016 SNAG conferences. In keeping with Linda’s concept, each year Victoria invited artists to create links and contribute chapters to the book series, Linking Our Lineage. Each link was sold individually at the conferences.

The Links will be for sale during the conference with work by: 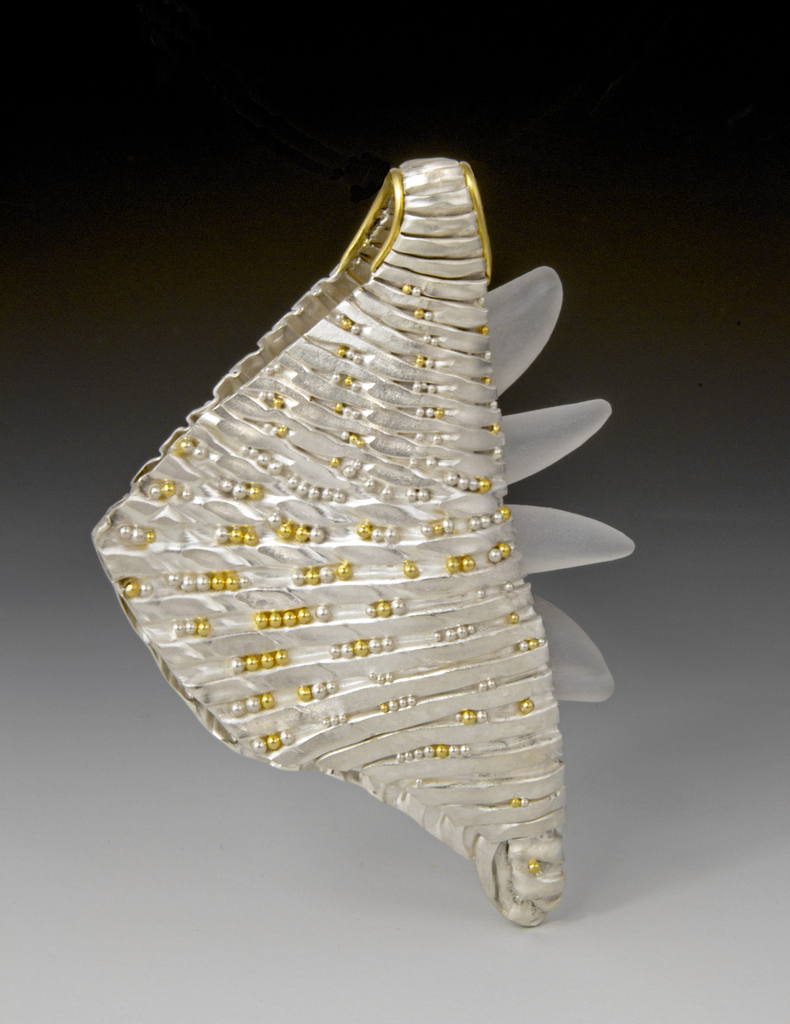 Aquatipus,  Argentium Silver, 22K gold, quartz by  Cynthia Eid
The metal used to create this link was silver scrap left over from one of the Lifetime Achievement Awards made annually for SNAG by Cynthia Eid.
Her sculptural jewelry and hollowware is primarily made in Argentium silver formed through the creative use of hammers and a hydraulic press. Using these tools, Cynthia focuses on exploring fluidity with which metal and be moved and formed. 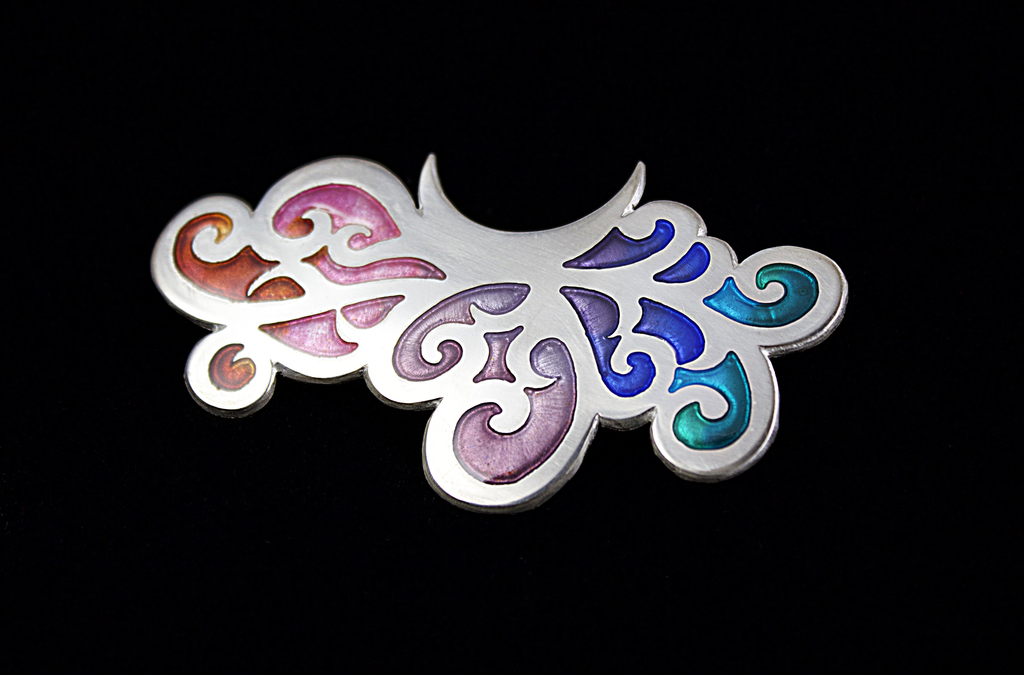 Luminaire,  Fine silver, enamel  by Valentina Moeur
Influenced by the moon’s illumination, Valentina Moeur’s link depicts the moon’s reflection of the sun and all the colors of the spectrum.
Since graduating with her BFA from California State University Long Beach, Valentina has taught youth classes and been a teaching assistant at Idyllwild Arts. She currently pursues jewelry design in her Los Angeles studio focusing her work around her preferred technique of champlevé enamel.
Stay tuned for sneak peaks of the other links in this collection, and other conference goings on!