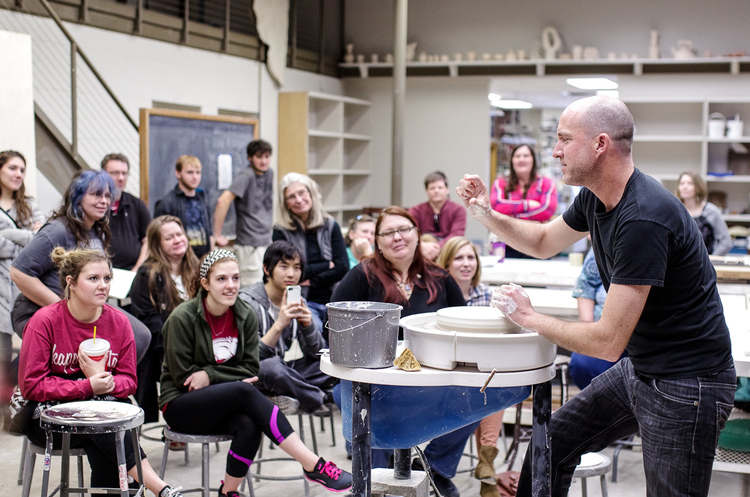 Crafthaus Editor: You will continue with ceramics. I understand you’ve been accepted into the University of Arkansas?

Richard Peterson: Yes, I have. I am moving there in August. I already have the apartment lined up.

Crafthaus Editor: Congratulations. Who are your professors at the University of Arkansas?

Crafthaus Editor: What do you expect from grad school?

Richard Peterson:  Well, I still consider myself more of an illustrator than a potter. Drawing and illustration is the one thing that has always gotten me somewhere. Over the years, I’ve gotten into more galleries who are about illustration than about clay work, and I’ve been able to sneak myself in there through my illustrations. I’ve also been warmly welcomed by the clay community. It’s a beautiful and amazing community that has helped me gain recognition in a short time. It’s a wonderful place to grow and develop and really understand what’s working and what’s not working, whether it is form or technique. It’s been really lovely having people like Kevin Snipes, Lauren Gallaspy, Carole Epp, and Sunshine Cobb available to me, who I can talk to on occasion. Also Jason Burnett has been my mentor for the past year and a half. I don’t know what I would do without that man.

I want to grow by thinking about my illustrations in the way of contemporary illustration and where I fit in outside of ceramics as well. I would love to get my work into galleries that typically don’t show clay. I think that that’s really what I want: being known for my illustrations as well as having really great clay work. So, working on my form, working on a larger scale, and still thinking about function. Because I don’t think that will ever leave me. I put great importance on the utilitarian aspect of clay. Crafthaus Editor: Then let’s talk a little bit more about your illustration.

The evolution series is about the Ohio River where my father and I went canoeing and fishing a couple years back. We saw factories dumping into the Ohio river, massive amounts of liquids were going into the river. We saw a change in the vegetation around that area and also a change in what we were catching. If we were catching anything at all, if anything was still living there.

That experience really got me thinking about how the environment is actually changing due to human interaction, it’s evolution in some way. And it got me thinking about the evolution that takes place in children, in the specific environment of a low-income situation. Both of these series basically talk about the same thing. I also use a lot of dark humor and social commentary within my work. I think that’s actually why talking to you was so exciting for me because you wrote the book on “Humor in Craft”. That book was a revelation to me, so helpful. 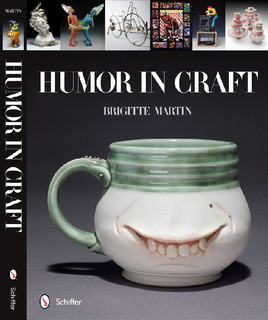 Richard Peterson:  When I got your book, I was at a point where I was constantly questioning if what I do was relevant, if I would actually go anywhere with my topic. My delivery is humorous and some people take that as being less sophisticated. They don’t understand that I am using humor as a way to get people interested, to pull them into the conversation, and then actually having the conversation with them once they have lowered their guard. Having the funny, mutated animals is a really great way to pull people in, to actually talk about what’s happening within our environment due to human interaction. That there’s mutation and evolution all around us.

I had the opportunity to work with Jason Burnett and Justin Rothshank for a while, taking an illustration class with them. I knew I was getting myself into something that I was not sure what to expect of. I spent a whole eight weeks with them. They took away my text, they took away my color, they took away my figures. All I had was space, and black and white. This actually completely changed the way I illustrate today. Before the workshop, I was relying on space and using the figure to show emotion. My text was typically a one-liner to make sure that you understood what I was talking about. I was using color to pull you in. When all of that was taken away, I had to create elaborate scenes that were highly detailed, so I had to really sit down and think about what I was trying to say and how I could do that in the best possible way. After the workshop, it was great to see how this new way of working carried into my other body of work. I had been making pots very quickly for a while which I think is something that happens to a lot of potters, you want to make as quickly as possible, and get as much product out as you can. After the workshop, I slowed down dramatically. Previously, I had been making about 100 pots a week and doing these really quick illustrations on them. Now, I was averaging 30 cups a month plus spending two hours on the illustration on each, and then an hour and a half coloring each. It was exciting to see how this was developing into something that was sophisticated and gaining respect, at least in the clay community.

Continue reading the next segment: "Making and Selling"