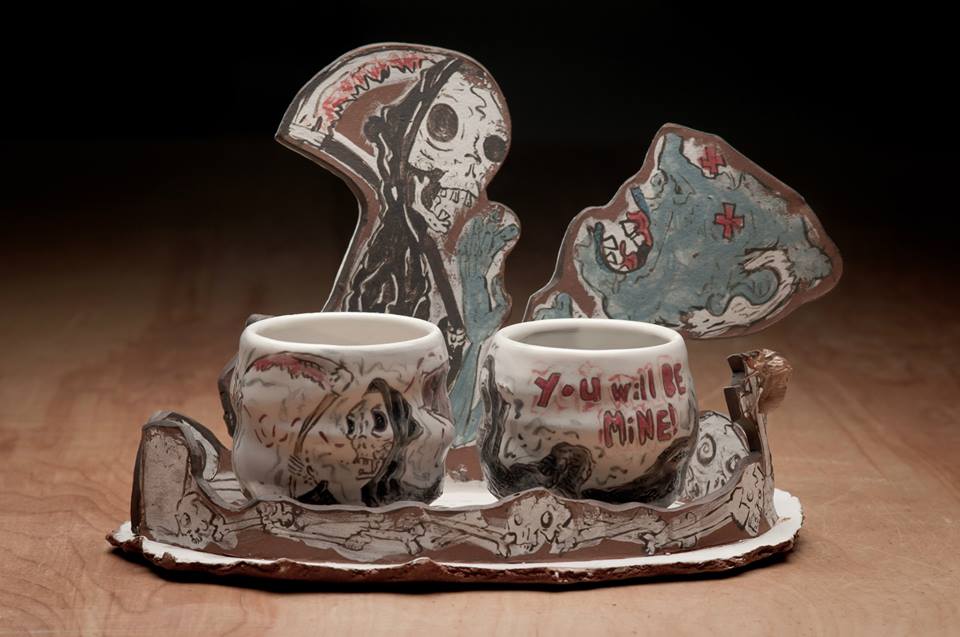 Crafthaus Editor: Give me a quick rundown of ceramic artists whose work you admire and what you like about it.

Richard Peterson: Let me start with Anne Kraus, and her dream state pots. She is so good at narration and storytelling. I didn't know about her until Jason Burnett suggested I look at the work, I think it’s captivating. The way she uses the vessel, the way her saucer and cup work together as one narrative are so lovely and, I think, really hard to do. I have tried it and it is so much harder than she makes it look. 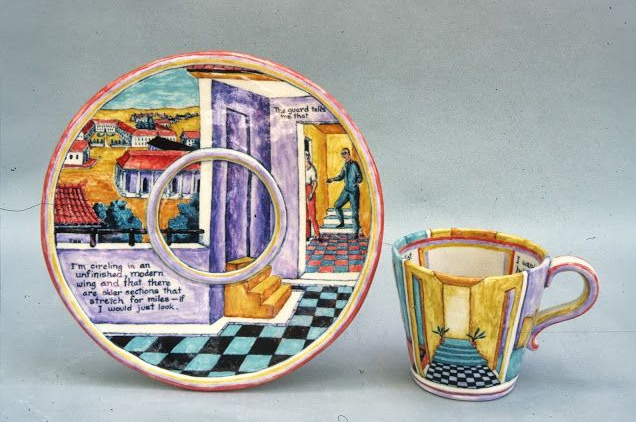 The way that the reader or handler would use the piece and actually hold it in order to complete the narration is very different from anything else I have seen. You actually have to handle the work in a certain way. Her narration is not always 100% complete, it is up to the viewer to complete it. Her work is not just a one-liner, it is also playing with your personality, how you are as a person. I think that is one of the most beautiful things I learned from her work, she is using space in a wonderful way. The viewer is automatically in the same space she is. I also like Jason Walker. I think he is one of the best illustrators that clay has right now. He is absolutely stunning. And Kevin Snipes. He is from the same area I grew up in. Kevin went to the Cleveland Institute of Art and I brought him in to University of Akron as a visiting artist one time. 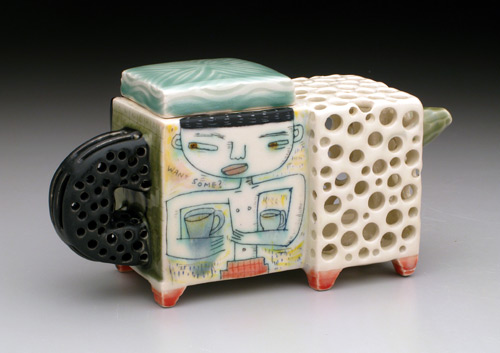 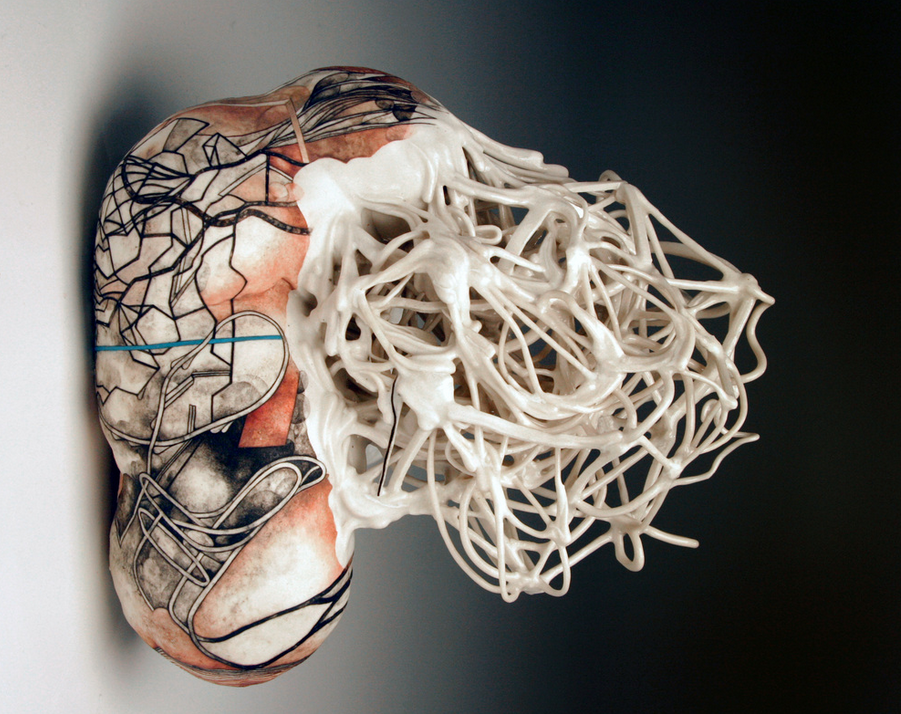 And there’s Lauren Gallaspy, we spoke about her before. I really love her China paint work. 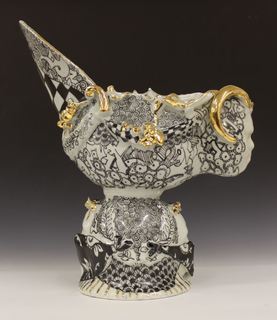 Crafthaus Editor: Are you familiar with Roberto Lugo?

Richard Peterson: Yes. He is so lovely. He is also spunky as hell.

Crafthaus Editor: He just presented at NCECA, isn’t that right?

Richard: Yes, he was one of the featured emerging artists.

Crafthaus Editor: While you were telling me your story, I had to think of him. His background is actually somewhat similar to yours.

Roberto Lugo, "We are all Kings. Source: artist website

Richard Peterson: Yes it is. He has a real connection to clay, like I do, because clay is not a really highbrow medium. It feels like it is a bit lower on the totem pole, or maybe it is on it’s own pole, especially the terracotta. Terracotta feels to me like the blue-collar relative of porcelain. Maybe that’s why I connect with it so well.

Coming up in the last segment: "Let it Happen"