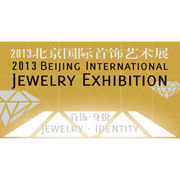 A look back at the exhibition in Beijing and 2013 Beijing Design Week. For those of you who don’t know me, my name is Ezra Satok-Wolman, a Canadian jewelry artist from the Toronto area.  I have started this group to share information about the 2013 Beijing International Jewelry Art Exhibition (BIJAE) that took place from September 23rd to October 12th.  From the very announcement of the exhibition and call for entry, there has been inaccurate and little information available about this event and I hope to present a thorough recap.  I had hoped to write this post sooner, however during a seven week period I travelled to the 2013 Beijing Design Week (BJDW) in China, the Enjoia’t Awards and Joya in Barcelona, and Sieraad Art Fair in Amsterdam.  It gives me great pleasure to finally be able to write about my experience and share some photos which I'll post in sections over the coming weeks.

Last summer I received an invitation from the organizers of the BIJAE to exhibit six pieces in the show.  I had already been considering submitting to the call for entry, but had yet to decide how I felt about sending six of my pieces, unaccompanied, to Beijing.  I envisioned a logistical nightmare and was reluctant to say the least.  Upon receiving the invitation I began to think about it a bit differently, and the idea to travel to China and attend the event became something much more appealing.  After serious consideration I decided to commit to both the exhibition and the trip to Beijing for BIJAE and BJDW.

I began to do research to prepare for my trip to China, and BJDW.  One of the more intriguing aspects of the exhibition was that I knew beforehand that jewelry in China was not what we typically think of, and that jewelry in precious metals had just come into the mainstream marketplace.  Having travelled to Hong Kong in 2009 for an exhibition, I was aware of the policy shift by the Chinese government that year to begin to allow citizens to purchase and invest in gold and silver.  Until that point, precious metals were a state asset, and therefore a jewelry market (in the Western sense) was non existent.  Silk, Jade, and copper are some examples of the materials used in traditional Chinese jewelry.  In 2009 that all began to change, and a “modern” jewelry market started to develop in the country.  With this in mind, the idea of participating in the first international “Art Jewelry” exhibition ever to take place in China was thrilling.

Here are some key facts about the exhibition itself - Initially slated to be held art Art Area D-798, the organizers of the exhibition and BJDW decided to move the exhibition to The CMM.  As it turns out, this couldn't have been better for the exhibition as the CMM was home base for BJDW and the principal location for many of the BJDW events including the opening ceremony.  The CMM (pictured below) is an enormous museum, designed in the likeness of a sun dial, that is home to numerous museums and galleries.  The galleries are located throughout the multi-level rotunda, and include the World Art Museum and the recently opened Museum of Digital Arts.  Located on the top level of the Museum, the BIJAE was the crown jewel of the CMM contextually and geographically.  On opening night of BJDW the attendees were funnelled through the exhibition in order to arrive at the cocktail reception, resulting in approximately 2000 guests and invitees meandering through the jewelry exhibition on that evening alone. 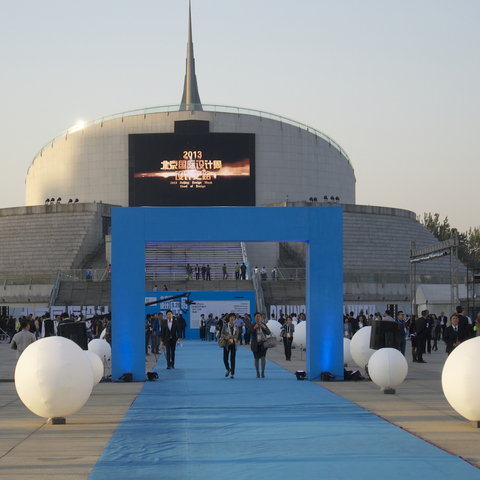 The exhibition featured the work of 329 artists, of which 60 were invited, from 45 countries, and displayed more than 1000 pieces of jewelry.  The exhibition is officially the largest exhibition to date of contemporary jewellery.  I have put together a document that lists all of the selected artists that can be downloaded or viewed using this link.  You can also read the official Exhibition Foreword from Guo Qiang, Dean of the Department of Product Design, Beijing Institute of Fashion Technology here.

This blog will be continued in the weeks to come. Please join this group to get the updates.

Part 5 - Beijing Design Week and The Great Wall of China

My last post about my trip to China focusses on the events that took place after the exhibition and conference concluded.  With Design Week just underway, I headed out in the morning with Ruudt Peters and Jamie Bennett.  Our destination was Dashilar, a well known “Hutong” or village in the heart of Beijing, and one of the main areas for Design Week events and exhibitions.  After locating the narrow passage that lead into Dashilar, the first stop was at Ubi Gallery.The gallery itself is bright, clean and well organized, in addition to being well situated in a vibrant traditional Beijing neighborhood.  While the people of Dashilar may not be Ubi’s target clientele, the…Continue

Beijing is an amazing city that has been undergoing tremendous growth since its successful bid for the 2008 Olympic Games.  You can almost watch it happening before your eyes.  It is by far the largest city I have ever visited, and home to a staggering population of approximately 17.5 million people, equivalent to half of the entire population of Canada.  Modern architecture can be found throughout the city, but much of the historical architecture of China’s centuries old political centre remain.  In addition you can still find numerous Hutong or ‘neighborhood villages’ dotted throughout Beijing, that have yet to experience modern development.With the exhibition opening and conference wrapped up, our remaining activities included several excursions arranged by our hosts. …Continue

The Biennale had a conference component, comprised of a lecture series, a round table discussion, and several scheduled cultural excursions.  In the afternoon following the exhibition opening, the conference began with presentations from nine of the artists in the exhibition, and Marie-Jose Van den Hout, owner of Galerie Marzee.Following along with the theme of “Identity”, many of the presentations focussed on the artists themselves and the emotions and experiences they convey through their work.  Ruudt Peters spoke about several of his projects over the years, and his personal interest in “alchemy and transformation”.  Ruudt also talked about his interest in Chinese…Continue

I would like to start Part 2 by addressing some of the basic questions that people have had regarding traveling to, and exhibiting in China.  First of all, everything about this trip was complicated, period.  Being a seasoned traveller, and having lived in a foreign country for an extended period of time, I wasn't expecting anything on this trip to be easy.  The jewelry exhibition had one set of challenges, while organizing an itinerary for Beijing Design Week (BJDW) presented another set of challenges all together.  With respect to transporting my pieces, anyone who has had experience with importing and exporting jewelry knows how complicated it can be in one’s native language, let alone in a completely foreign one. That was just one facet of the planning required.  Information in general was scarce or just plain incorrect, dates changed with little notice, visas were required,…Continue

You need to be a member of 2013 Beijing International Jewelry Art Biennale to add comments!

Thanks for sharing this!  I wondered about this show myself, but felt a little gun-shy with the lack of details provided.  Were you able to take any pictures of the exhibition?

What a treat and privelege to be given this window into such an amazing exhibition, big thanks Ezra and Crafthaus.

I look much forward to the many images and insights you are about to post. I saw a few of them already and they totally blew me away. I hope that loads of fellow crafthausers join this group - this is a rare chance to see things from personal persepctive, really up close. Images of a country that many of us won't ever have a chance to visit in person.