Self-doubt: Crossing the Boundary of Culture with Personal Issues

Being a metalsmith may not have seemed my destiny, but it has given me a joyful life. I wish to share with you the experiences I have had and those which will come when crossing the boundary of culture and lifestyle.

Making objects is a way of self-realization

New to the jewelry and metals field, I would like to be a sponge, absorbing both craft and life experience.

For me, everything is an accident, studying my BA and MA degree in Beijing, being a metalsmith and coming to the United States for my MFA degree.

I was born in a small mountain village in southern China, embraced by green hills on three sides and water-locked on one side. While my parents were busy making a living, I spent my childhood in the beautiful natural environment and played games with other children. The memory of childhood life becomes the inspiration of my work and was my motivation for creating the children‘s games series. 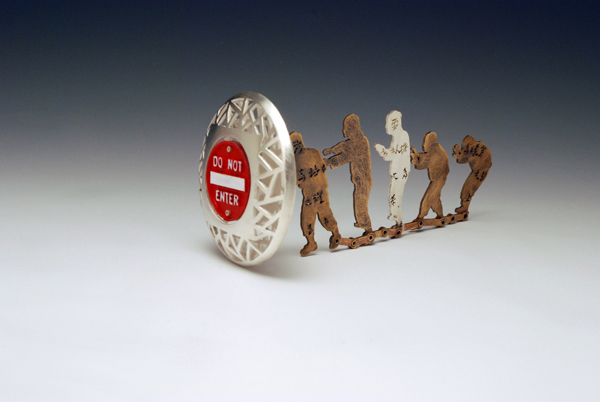 In trying to adapt to city life, especially Beijing, the capital of China, I am uncomfortable with the crowded population and busy traffic. Traffic signs, in my eyes, are not only a method to manage transportation but also a means of control. Traffic signs become elements in my work. Cultural influences, for example the place where one was born, are rooted deeply in one‘s blood. Creative objects, which are made by hand, have an essential role in culture. I have realized that my culture is an important part of my jewelry making. During my MA program in China, not only did I explore the application of traditional craft to design work while completing a series of teapots in metals, but I also gained a deeper appreciation of Chinese traditional culture. When I came to the United States as an MFA candidate, I tried to avoid all cultural references in my work; instead I focused exclusively on Western designs, but was unsuccessful. My artistic language is imbued with my culture and I have realized that Chinese culture broadens my artistic expression and makes me unique.

When crossing the boundary of both Chinese and Western culture, the fusion becomes important in my work. The exploration of Chinese traditions outside of China helped me to build a new personal language. By exploring narrative art within my life experience, I am interested in investigating the relationship between Chinese culture and the influence of Western culture through the lens of contemporary issues. 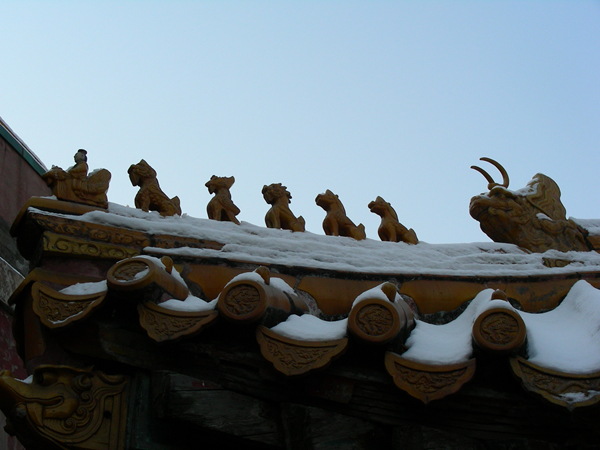 Louise Bourgeois, in “Statements from an Interview with Donald Kuspit” in the book Art in Theory 1900-2000 says, “ What modern art is that you have to keep finding new ways to express yourself, to express the problems, that there are no settled ways, no fixed approach” (1090). When the contents or meanings come from real life experience, one has to find a method to release, either deposit them or discard them. Depositing a message or meaning into an object has become a valuable way for me to keep my life going.

You need to be a member of Self-doubt: Crossing the Boundary of Culture with Personal Issues to add comments!