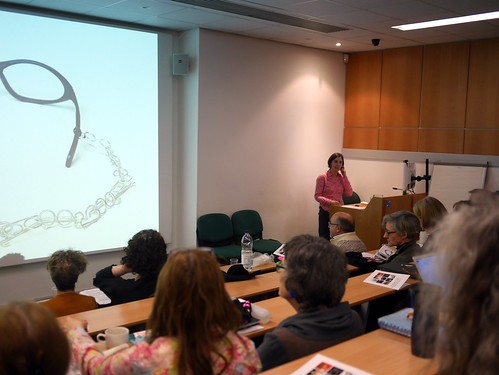 This last fortnight saw me off to the University of the Creative Arts (UCA) at Farnham for the conference organised by Rebecca Skeels, "Future Craft: Entrepreneurship or Enterprise", a great chance to catch up with old friends - Liz Shaw, Ana Young, Sandra Wilson and Karen Dicken - and to listen to some of my favourite makers talk about their practice, including Daphne Krinos and Adi Toch. It was also an opportunity to meet with and think about aspects of my own practice and especially my teaching practice and a conversation with Emily Öhlund proved to be very interesting, talking about dyslexia and dyspraxia. 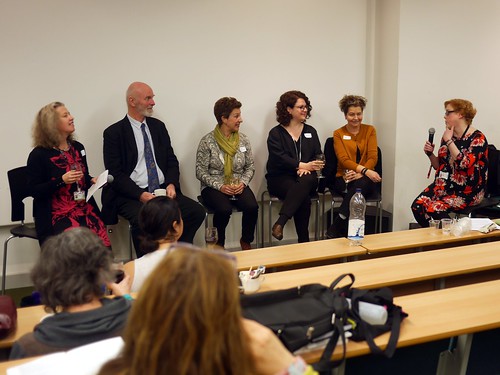 In a certain sense, the conference lost the focus of the theme and became about the makers' own experiences of developing their practices, but this in itself was both useful and fascinating, from David Poston's view that once trained as a designer, even if one thinks of oneself as a jewellery designer, it is possible to develop a much larger career as a "design thinker", through to Vicky Ambery-Smith's acknowledgement of a somewhat hand-to-mouth existence as a maker.

Went to London with Dingo over the following weekend to pick up my shoes from The Old Curiosity Shop. It was bitterly cold and London seemed deserted. We walked past a remarkable building which I had not spotted before, "One Kemble Street" and its adjunct, CAA House, both by Richard Seifert, another stunning example of brutalist architecture at its very best: 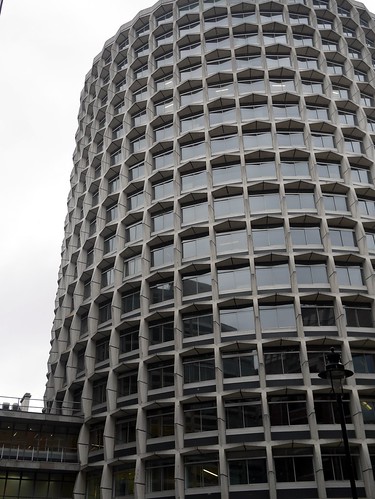 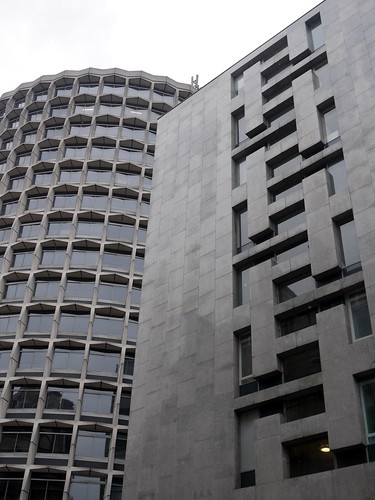 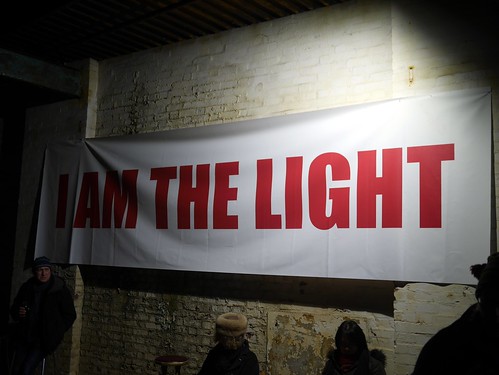 This week also brought the staging of a new opera, "The Wake", especially commissioned by Birmingham Opera from Italian composer, Giorgio Battistelli - apparently the "greatest living composer" in Italy - of whom I had never previously heard. (The Guardian pointed out that Salvatore Sciarrino might be better known!) In keeping with the house style of the company, it was staged in an abandoned warehouse with a wandering audience and a community chorus and the principals were all fantastic. The orchestra were fantastic. The staging was fantastic. The audience were fantastic... 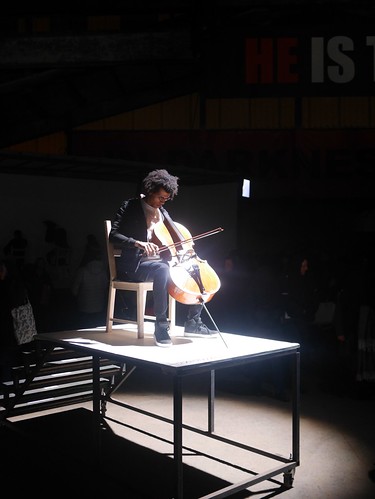 The music, however, was a mess.
None of it is actually bad. Some of it is excellent - the broken, Schnittke-esque "spiritual" in the middle is quite brilliant - but none of it really hangs together. It made me think of calculus, where sampling any given moment yields something quantifiable (and interesting) but the sum of the parts tends towards zero.

It is a re-telling of the biblical story of Lazarus with strangely pointless moments of homophobia and police violence and while Graham Vick and his cast of thousands worked hard to create something amazing, it failed to thrill. It almost failed to rise about "moderately interesting", which is a great shame. 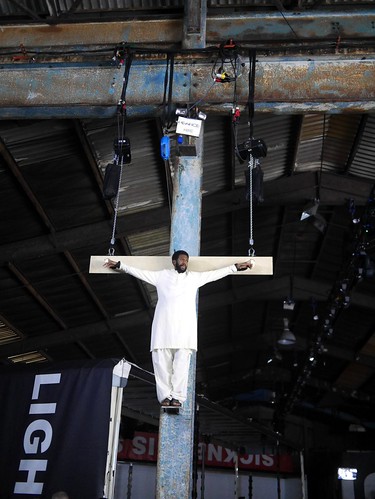 Our Talking Practice at the School this week was Denise Reytan, a jeweller who works with scrap materials to create pieces and photographic installations which bridge jewellery and fashion. 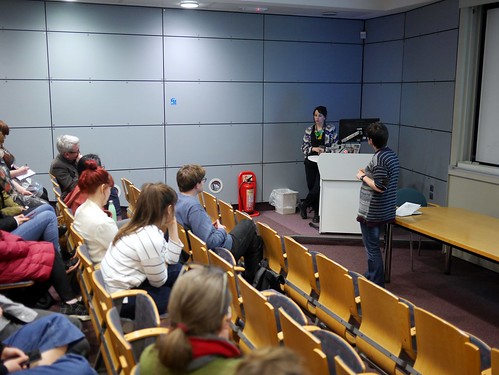 She's been working with the BA students and I will post some of the resulting photographs soon.

My own students have been working with the BA Illustration students to create graphic works based on themes derived from the Jewellery Quarter. They had a selling show this week: 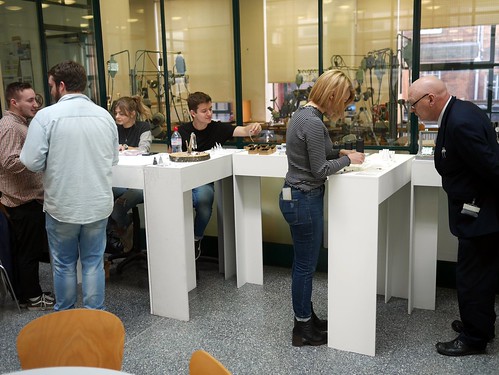 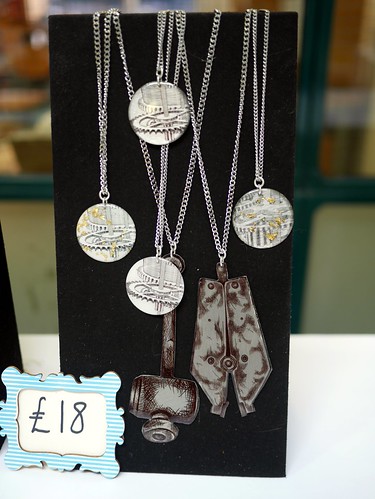 Vittoria Street Gallery hosted an exhibition of work by staff and alumni of the School, "Subterranea", a collaboration between Drew Markou, Bridie Lander, Rachel Darbourne and Nuala Clooney. Part performance, part exhibition, the show consisted of jewellery and objects and about 10 kilos of handmade marshmallow, which was served to the guests! 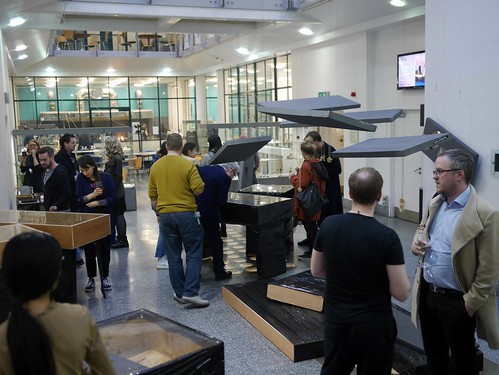 Although I love the work of all the makers, my favourite piece in the show has to be Rachel Darbourne's monkey-body neckpiece. Which I would wear. 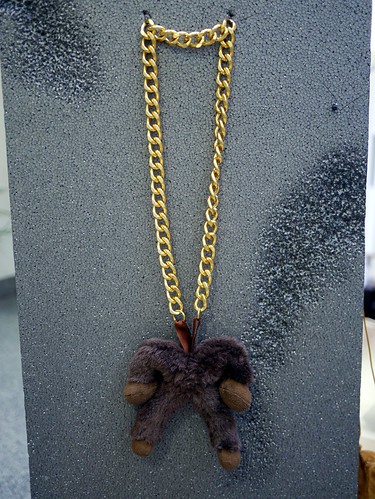