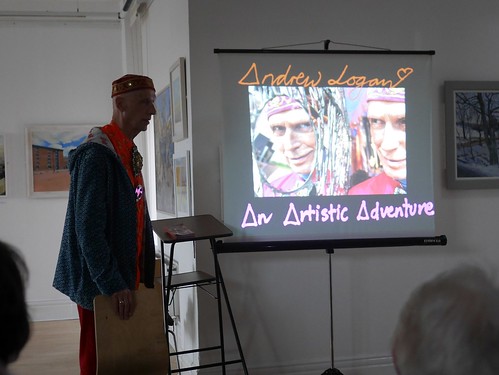 It's been a very busy month as the students finish off their work for the final shows and we start to make all the preparations. There hasn't been so much on - a couple of concerts with the CBSO performing works by the great Russians, Prokofiev (5th Symphony) and Shostakovich (10th Symphony) which, of course, were stellar - as well as some interesting performances. The month kicked off with a talk by Andrew Logan at the RBSA Gallery in the Jewellery Quarter. I love the enthusiasm and positivity of Andrew: someone who doesn't take himself too seriously but who has been a serious mover and shaker in the British alternative art world since the 1970s. 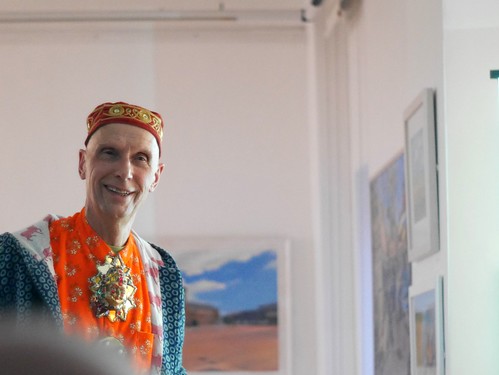 Regular followers will remember that I went to the 25-year Anniversary of Andrew's museum in Welshpool, Wales. You can read about this here.

I represented the School of Jewellery at the prestigious Jewellery Quarter Business Improvement District Levy Payers' Dinner, which was held at the training restaurant of University College Birmingham, the food entirely cooked and served by students... and it was first-rate. I had heard previously that the food was excellent and I was not disappointed. 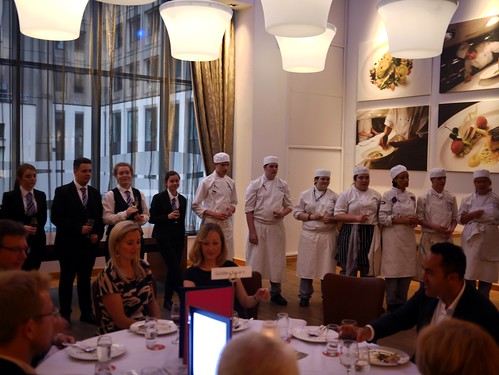 It was great to meet some new faces and spend some time with people I knew from the quarter in a relaxed and pleasant environment.

For family reasons, I had a very brief meeting with my mum, brother and sister, as well as various nephews, partners, and all the other acoutrements of modern families. It was great to see everyone again, even if the reason for the meeting with the family was not fundamentally a positive one:

As usual, there has been lots of music, including the excellent "Enemy", a jazz trio who performed at the Birmingham Conservatoire: 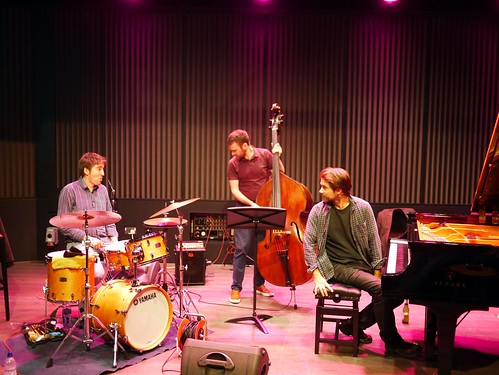 You can hear them here:

I've also been immersing myself in the history of Can. 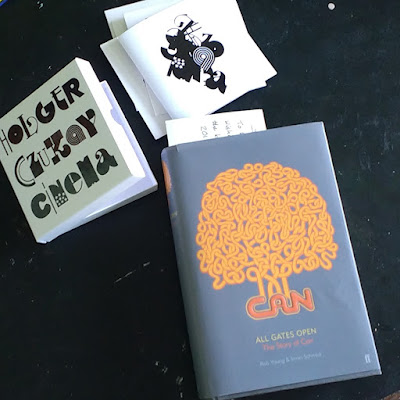 The book by Rob Young and Irmin Schmidt is highly recommended. (As is the Holger Czukay box set!)

I took the advice of a colleague at work and went to the Birmingham Rep to see a performance of a piece called "The String Quartet's Guide To Sex And Anxiety" by Calixto Bieito, of whom I had previously not heard. I read that it contained a complete performance of Ligeti's second string quartet and a performance of Beethoven's 11th Quartet - not one of the late ones, but still interesting enough.

The set was nice. 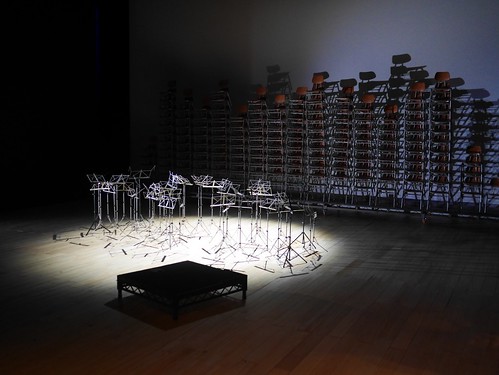 What a wretched piece of theatre. Not only were the string quartets interrupted by angst-ridden monologues, I actually started to be embarrassed by the fact that the really very good actors were having to declaim the dreadful crap. It was like listening to some self-indulgent neurotics talking about their own ghastly lives with no chance to change the subject.

I suspect the self-indulgence is wholly on the part of the director.

I was down in Brighton for both bank-holiday weekends and the weather was great. Unfortunately the roads down and, more particularly, back up, were not so great! 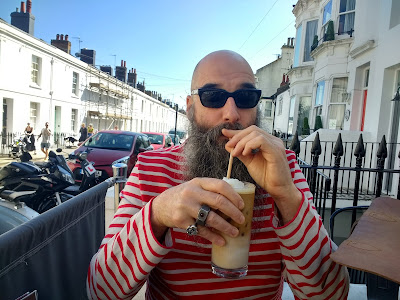 We had a staff night out last week and went to the SPEEDWAY! 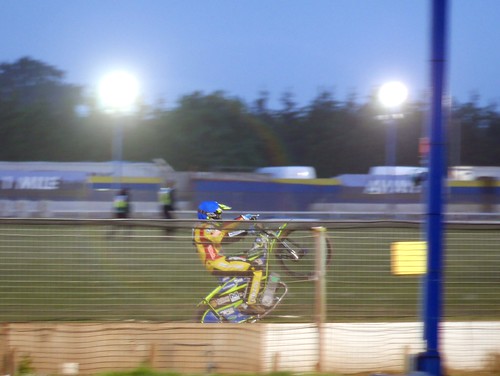 I loved it. I thought I would enjoy it but it was really fantastic.
This all started as part of John Wigley's "Hidden City" in which the staff of the University record their thoughts and feelings about an aspect of Birmingham which is normally overlooked. (I recorded one about going to the fruit and vegetable market in Digbeth, which you can hear here.) He invited Drew Markou to do the talk - amusingly, Drew thought he was going to have to ride one of the bikes!

Turned out to be too noisy to make a recording.

As mentioned at the top, the graduate shows are looming and we've been doing the photography for promotional materials. One of the more challenging items to photograph was this broadsword, made by one of my students, Kai-Blu Triassi: 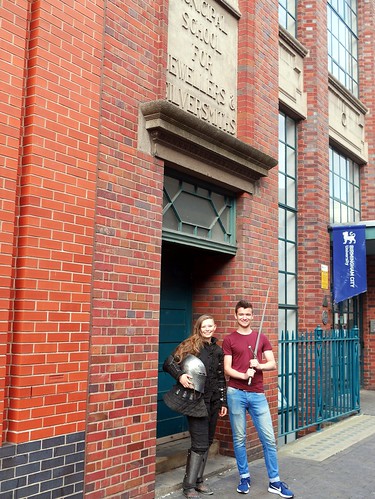 Friction Arts brought us one of the oddest and most affecting things I've seen in a long time with their "Everything Must Go", a strange work based in the old wholesale produce market in Digbeth, being closed down after trading for nearly 900 years... 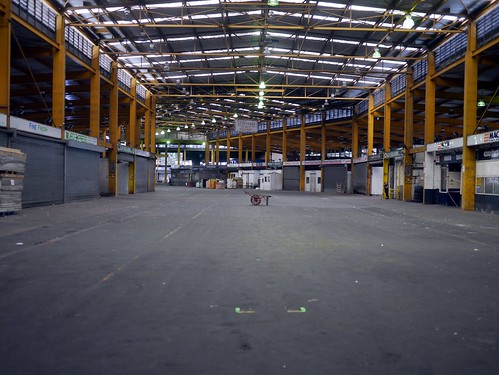 It was an odd event, kicking off with an opportunity to explore the market in a kind of mass "urban exploration" for about an hour, discovering installations by a variety of artists hidden in old deep-freezes or on boarded-up units: 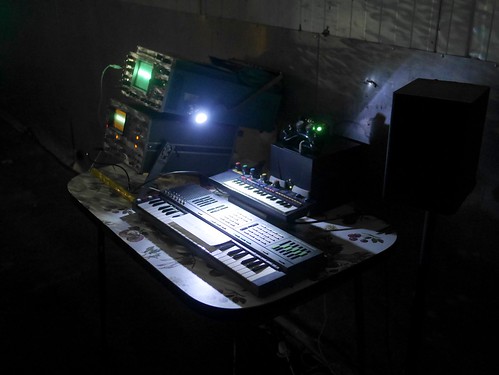 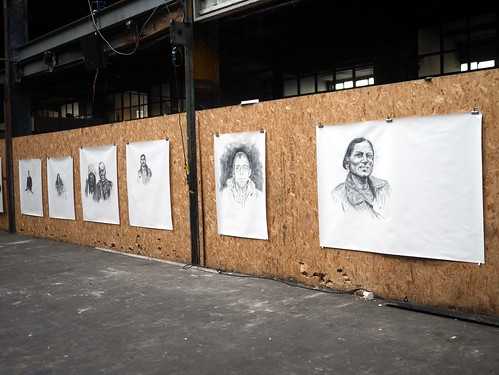 Everyone was then gathered together and a performance ensued: 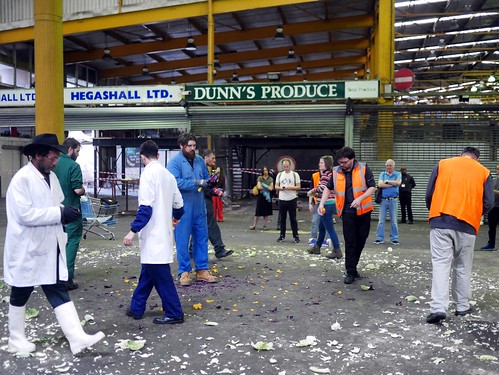 All about the daily life of the market.
There was a nude poet tied to a fruit barrow: 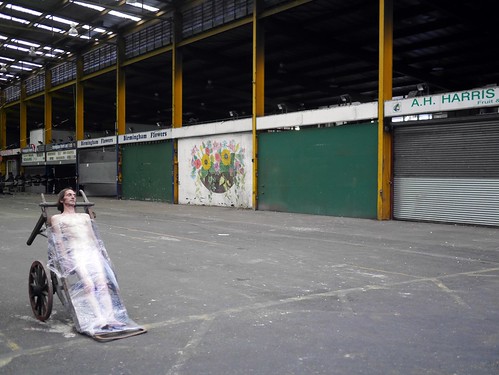 And a tap-dancer, shuffling away to an out-of-tune "Lullaby of Broadway"... 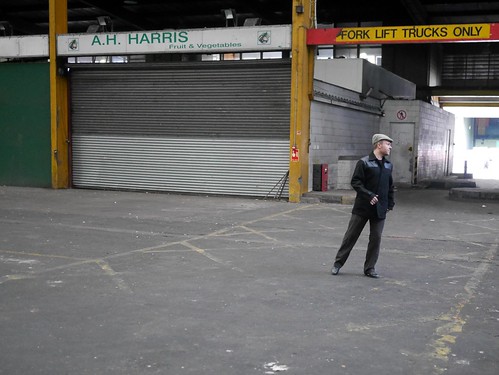 As we left, we shook hands with the workers who said "Goodbye" to us all.
Fantastic and very sad. 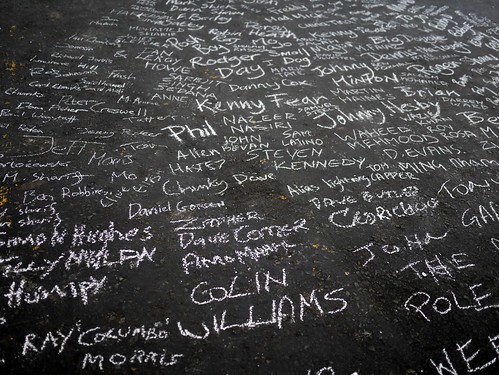 Went to Sheffield to meet with Rachael Colley and track down the only cheese made in the city, "Little Mester", a Camembert-like surface-ripened cheese which is eaten young. 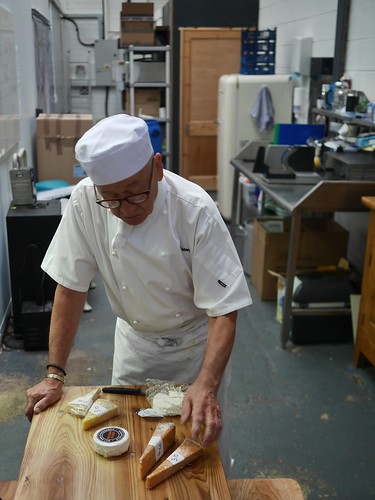 Needless to say, we had lunch here and talked about cheese with the knowledgeable fellow in the picture above. I think he was a bit surprised that we had chosen to visit Sheffield specifically to find his cheese! While I was there, I discovered another Sheffield speciality of which I had never previously partaken: 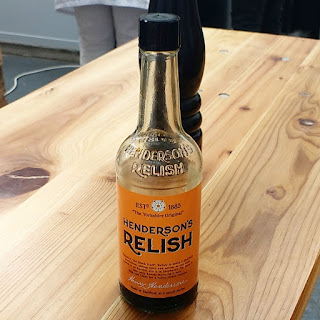 Henderson's Relish! It is like Worcestershire Sauce (slightly lighter body, less salty) but is completely vegan: no anchovies. I brought a couple of bottles back, adding it to my growing list of how Sheffield has made my life better: The Human League (pre-Dare, including their work as "The Future"), Cabaret Voltaire, Pulp, Tony Christie, Moloko, stainless steel... !

I also caught up with Cóilín Ó Dubhghaill, always a pleasure.

Coming up, our graduate show.