And Breathe... Back to Positivity 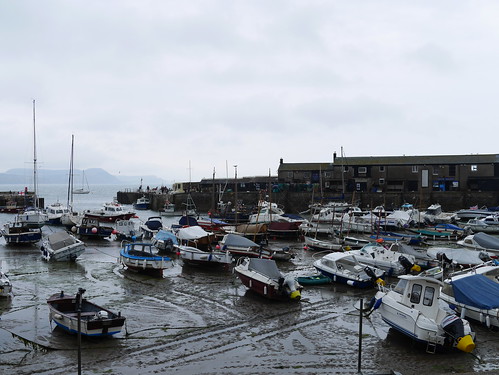 After that last blast of negativity in the previous post, I am back to my more usual, balanced, self!

Over the summer, Dingo and I spent a long time in the West Country, visiting Devon and Dorset and spending one exceptionally wet day in Lyme Regis which was not really a joy for anyone...

Unsurprisingly, we looked for alternatives to the seaside and found a rather remarkable second-hand bookshop where I picked up a copy of Victoria Finlay's "Jewels - A Secret History" 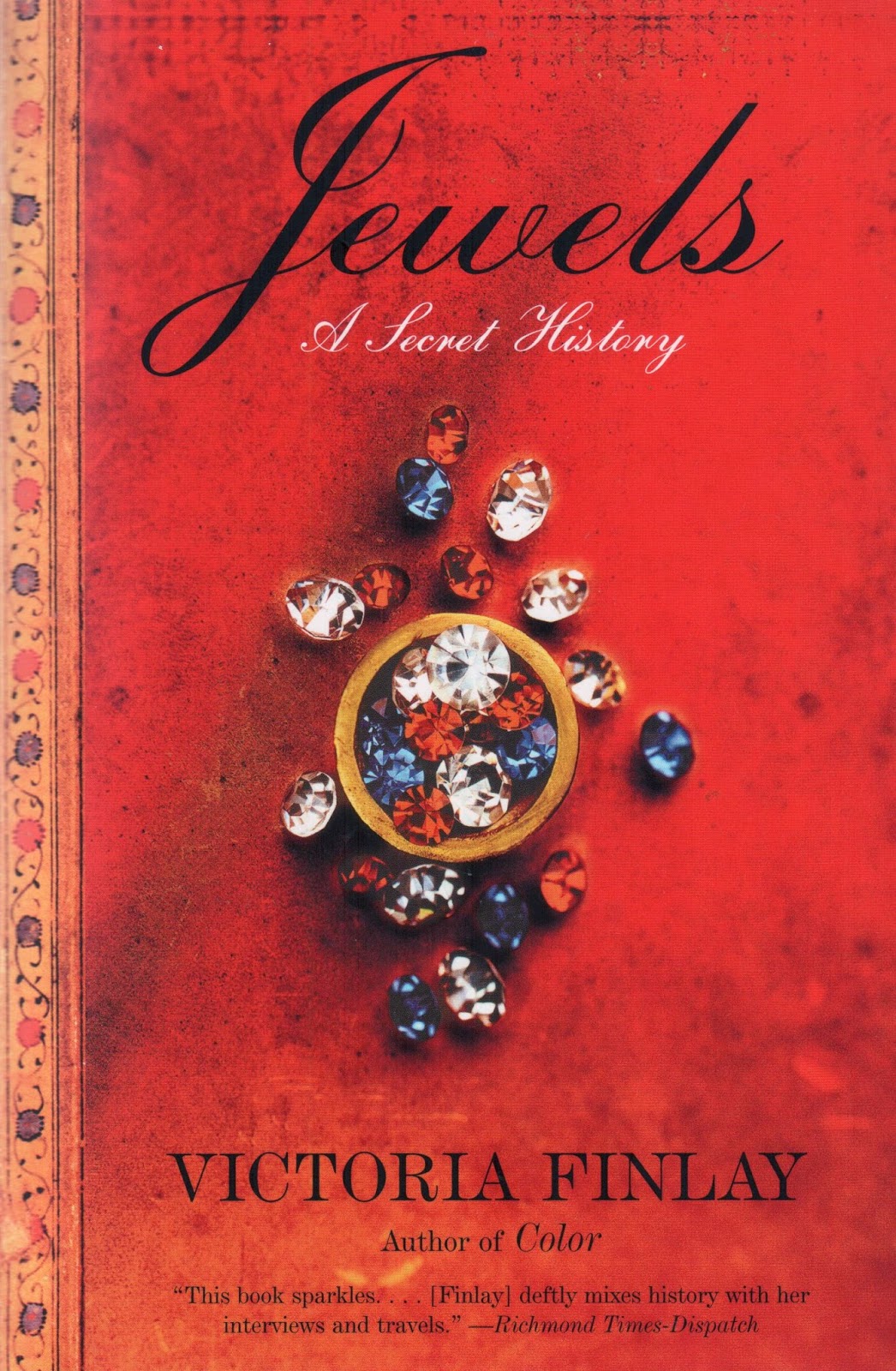 I thought it looked vaguely interesting even though the bold type on the back declaring "find out the thrilling stories behind your favourite jewels" did put me off a little. It is actually brilliant and I recommend it to anyone interested in not just gems and gemmology but in good storytelling. Not only does she go jet-hunting with Kevin Dixon - my own jet-cutter in Whitby - but she travelled the world meeting similarly delightful and eccentric people who are all involved in the business of gemstones in some way and she has a real knack for conveying something of the spirit and voice of these people through her writing. I have absolutely no idea why I have not heard of this book before and although it appears to be out-of-print, there are plenty of second-hand copies available online.

Something else which had hitherto slipped my attention was "Essex Crystal" cabochons. I first saw these months and months ago in the window of an antique-print shop in Brighton, but forgot about them until last week, when I went back on the off-chance that they were still there and found that they were. I normally don't much care for animal-motifs and the last objects I found with animals featured were the 1920s French bakelite buttons: 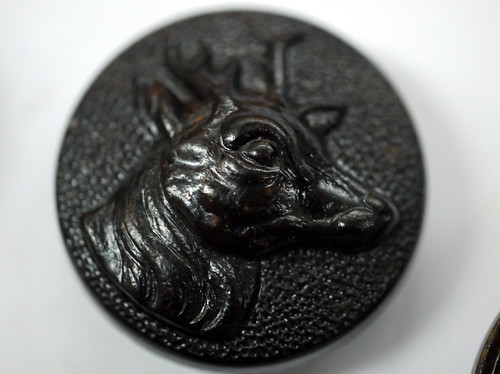 which I made into various items of jewellery. The "Essex Crystal" cabochons are from the same era but are rather different, being reverse-intaglio rock crystal which has been painted: 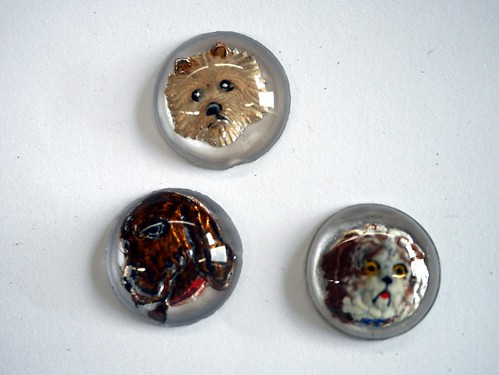 They don't actually come from Essex, nor were they made by William Essex (the famous English engraver) but they take their name from him as people believed that he had invented the technique for making them. The rock-crystal is very deeply engraved: 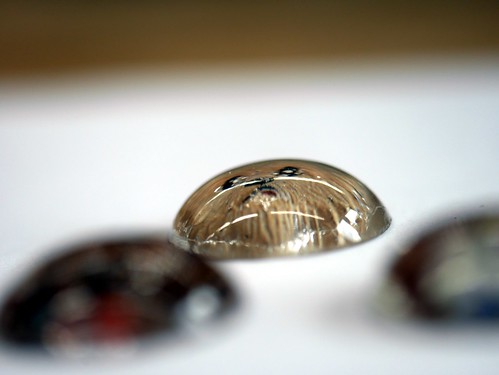 And then painted. The backs were often covered in gold leaf to give brilliance to the painted design and traces of this can be seen here: 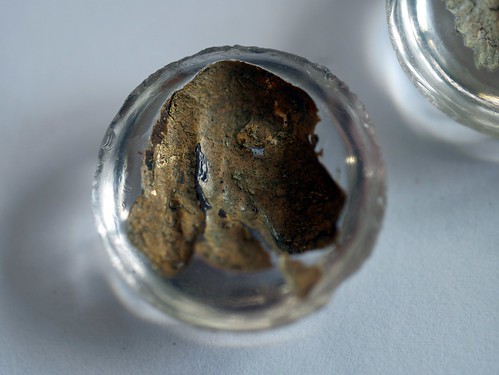 What I really like about these is the comic-book quality of the dogs, one setter, one terrier and one spaniel: 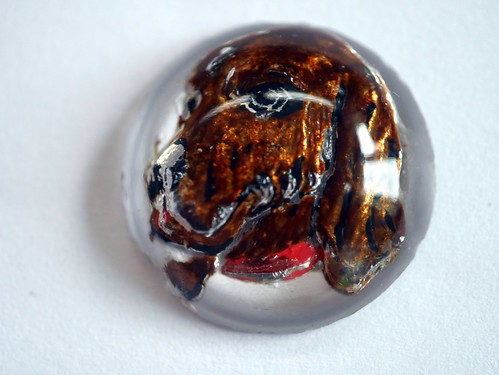 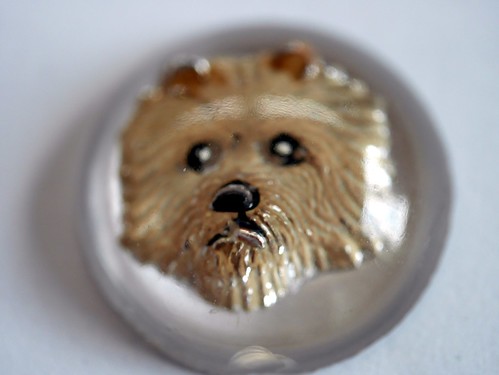 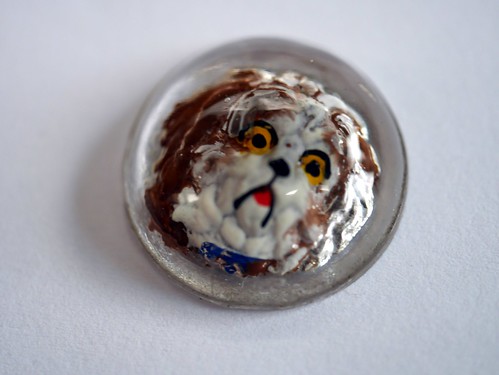 They are almost "outsiderish" in the way in which they have been rendered.
Absolutely no idea what I am going to do with these!

You may recall that during July, I went mudlarking on the Thames in London and brought back a host of finds, including about 120 pieces of ancient porcelain pipe-stems. I have now cleaned these up - with loads of anti-bacterial soap! - and sorted them. 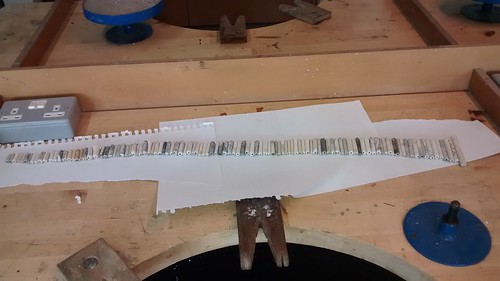 Ready to be made into a collar.

These objects have a strange past and are fundamentally the historical equivalent of the "dog-ends" which litter the streets today. Porcelain clay pipes were sold ready-filled with a plug of tobacco: this would be smoked and then the pipe discarded. Porcelain is tougher than people give it credit for and while the bowls were mostly destroyed, the stems remained intact and have been smoothed over time by the action of the river.

Off to buy gemstones to set in the pipes!
More later.