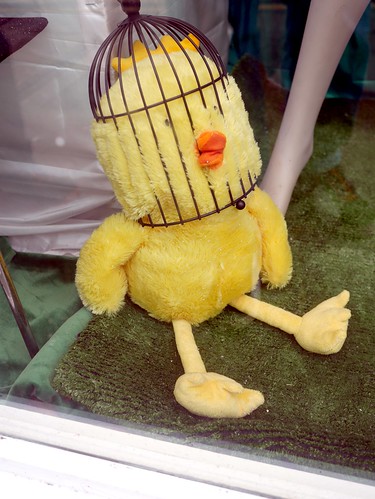 I've been on holiday. Brighton again and this bizarre easter chick. To be fair, it was in the window of an "adult shop". The weather was absolutely stinking, rain, cold, only one decent day and that felt more like an early autumn day than a late spring one. 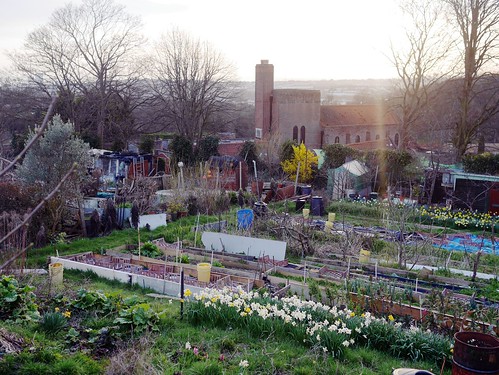 Back to work now and Birmingham has been swathed in rain and fog and I've barely had a chance to get out to the garden. 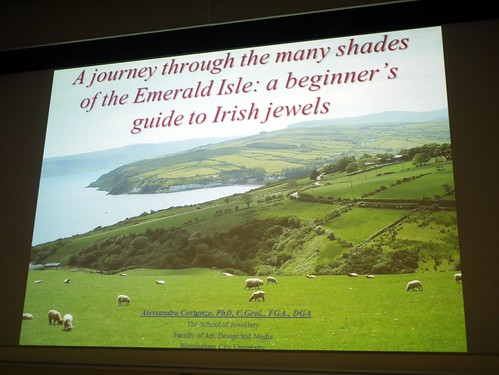 Rattling through the events as they unfolded, we kicked off after Easter with a talk by Alessandra Costanza, a new lecturer at the School of Jewellery and an expert on Connemara marble, she teaches Gemmology, unsurprisingly. Her talk was fascinating. 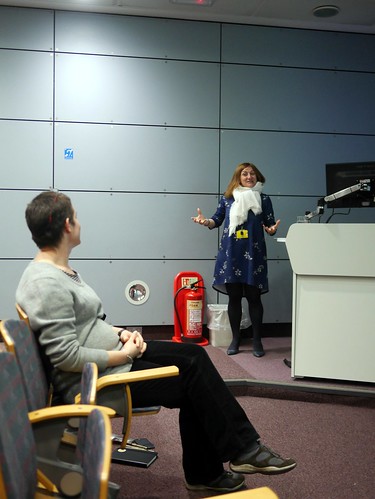 Next, we had the closing event for the Subterranea exhibition in the Vittoria Street Gallery (see here for the opening event). Nuala Clooney had very kindly made sweets for each exhibitor, sweets which reflected the work. By far my favourite were the liquorice buttons which she made for Bridie Lander's black mirror pieces. The work: 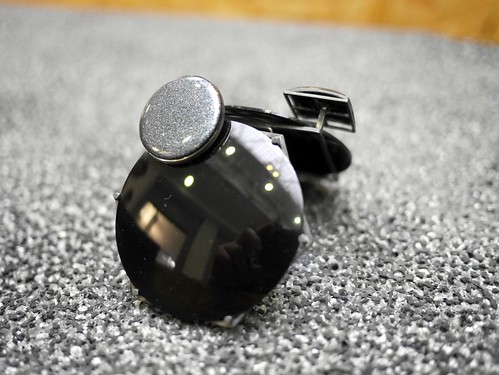 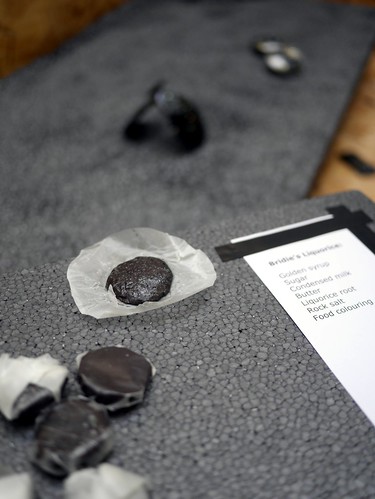 Delicious! I ate too many of these. 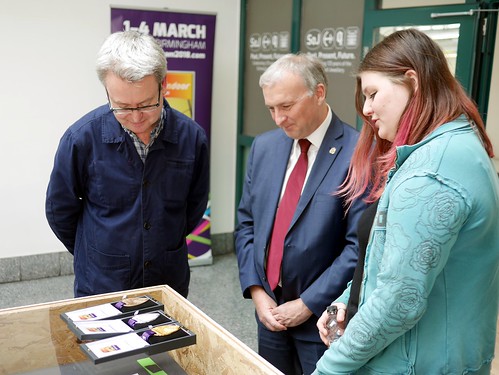 The weather broke for the week of Flatpack Film Festival and Dingo came to visit in rather summery temperatures and mostly sunshine, which was great. We kicked off the week with the bewildering "Work is a Four-Letter Word", shown at The Electric (the oldest continually-operational cinema in Europe, having been showing films continuously since 1909!). Featuring the talented David Warner, the talentless Cilla Black and with a soundtrack by Delia Darbyshire, this surrealist tale, set in Birmingham, features magic mushrooms, an evil corporation and an exploding power-plant. What more could you ask for?

This song, it seems, split up The Smiths.
Shame about Morrissey, isn't it?

Tuesday night brought a stellar showing of the 1922 Swedish silent film, "Häxan", a film about witches and witchcraft. The film was narrated with subtle humour - which is present in the intertitles - by Reece Shearsmith and was given a live soundtrack by multi-instrumentalist, Stephen Horne, who also got the subtle humour: just how do you score a film in which witches kiss the devil's bum?

The whole thing is available on YouTube, should you wish to see it, but this was definitely worth seeing in this unique performance.

Next up was a very odd film indeed, "Unarius - The Arrival", starring a space-version of Mollie Sugden! With music from Scott Johannsson, played on his Russian AELITA synthesizer from the 1980s and ending with a lovely version of Suicide's "Dream Baby, Dream". 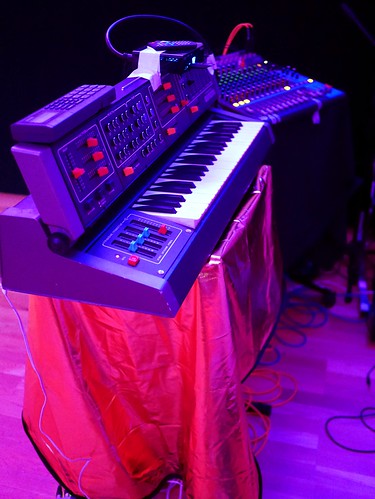 The film itself is a propaganda piece for some whacked-out millenial cult which believes in UFOs... If it hadn't been for the soundtrack, I am not sure I could have tolerated more than about five minutes of it. 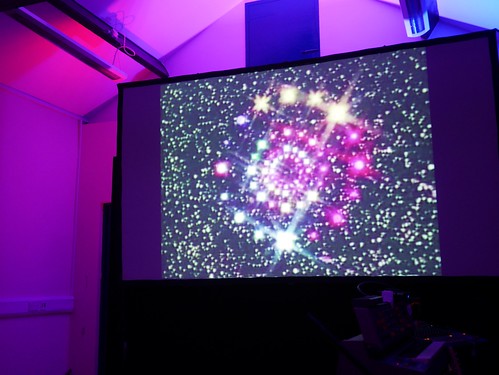 Should the lure of Space Mollie Sugden prove irresistible, you can see her here:

After this mind-bending experience, I was to be further confounded by the latest offering from Sellotape Cinema, of whom I have written before, several times. This time, they were presenting a film to the soundtrack of a found cassette, featuring the odious Genesis P. Orridge discussing the making of a film "Decoder" - of which, more later - set to their incomparable visuals. 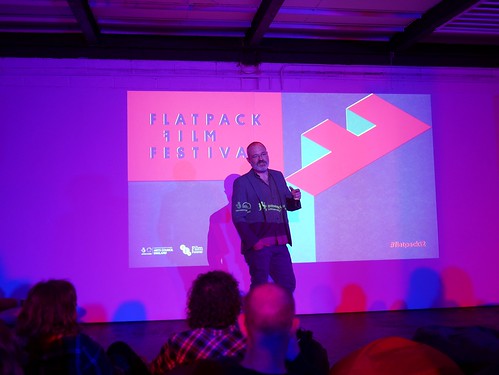 The Sellotape Cinema project was called "Recoder", here being introduced by Steve, one of the members of the collective.

Needless to say, this was followed by a showing of "Decoder", which 'stars' F.M. Einheit (of Einstrurzende Neubauten) and Christiane F. (yes, that one) and has a soundtrack by Soft Cell.

The film struck me as a kind of paranoid European equivalent to the contemporary "Liquid Sky". I'm not sure if I liked it or not.

During the week, things went on as usual at work. I photographed my final-year students for their Graduate Show Catalogue, taking advantage of the sunny weather: 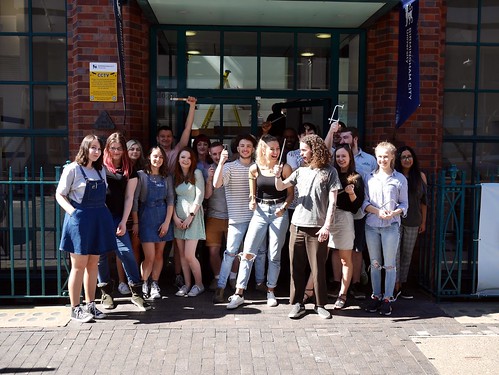 We also had our interim show of work by the MA students: 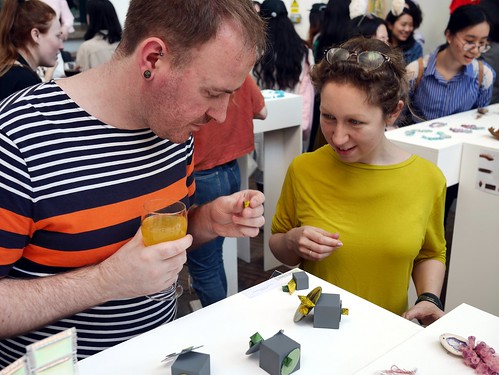 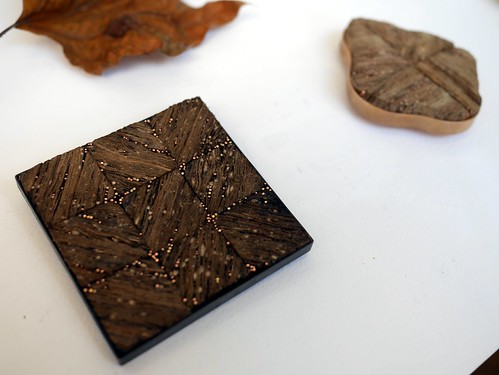 In which Hannah-May Chapman showed us her latest monsters: 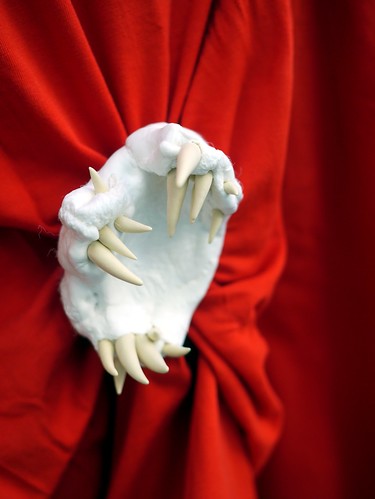 I do like these!
The piece above that is made from layered, dried leaves and set with fine wires. It is going to be a good final show, I feel.

After that came our Artist-in-Residence show, an exhibition of the work made by the artists-in-residence during their last 9 months with us. It is really interesting to see what has developed: 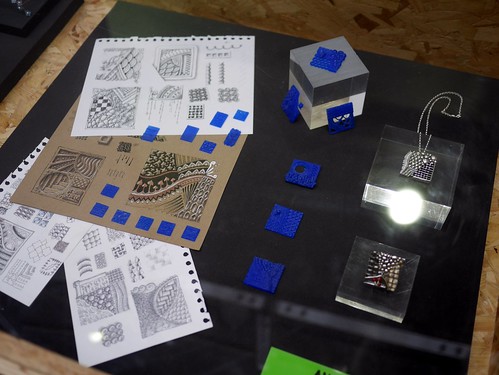 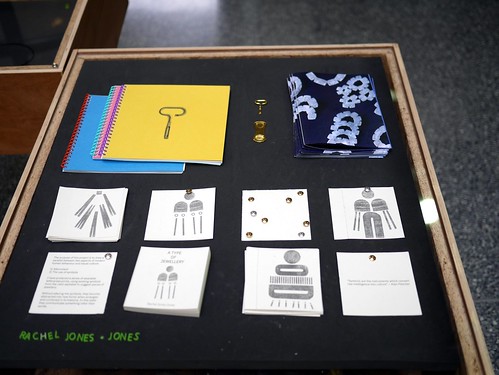 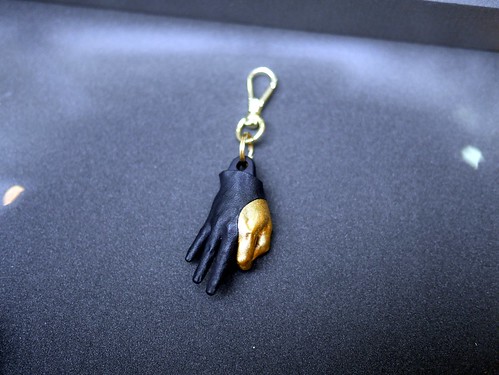 Shown above is work by Andy Mariott, Rachel Jones-Jones and Timon Tio. For some reason, I didn't get round to photographing some of my favourite work, which is that of Matt Gale. I will get that posted next time around.

This last week has been a week of music for me. Kicking off with a rare performance of Morton Feldman's compelling trio for flutes, percussion and piano/celeste, "Crippled Symmetry" at the Royal Birmingham Conservatoire was just ravishing.

I returned to the Conservatoire later in the week for "Entanglement! An Entropic Tale", an opera about quantum physics... 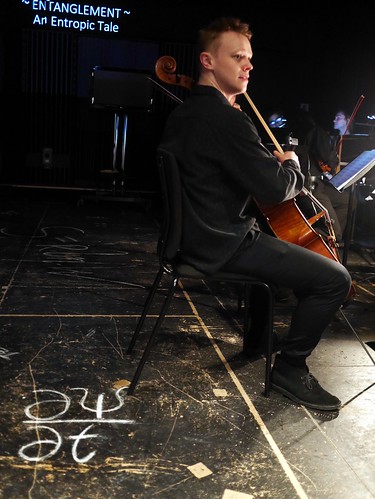 A new work by composer, Daniel Blanco Albert, with a libretto by Roxanne Korda, a mezzo-soprano with the most compelling voice who also sang the role of "Entropy". It is hard to know what to make of the piece, which I thoroughly enjoyed musically but which left me a bit cold (heat death?) in that I couldn't really accept the premise of the anthropomorphic sub-atomic particles. Everyone in it was brilliant - especially Korda - and it was a pleasure to sit back and enjoy the sound. 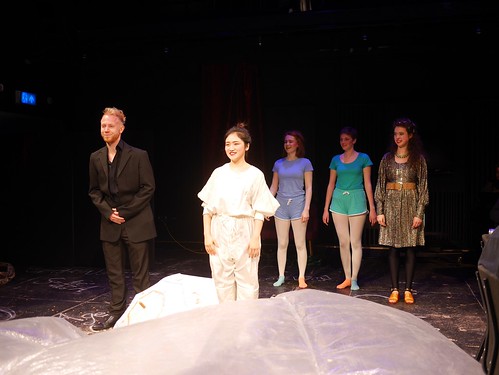 Freezing cold again today but I managed to get a bit of gardening work done.