Back in the Workshop 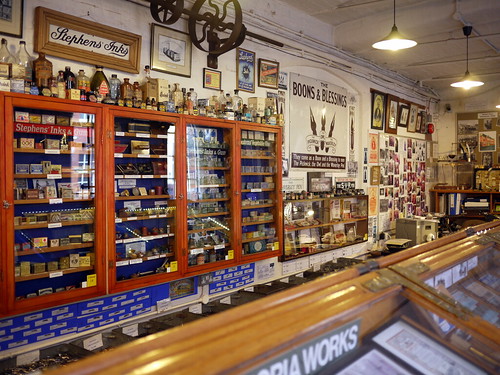 After the travels and entertaining of the summer, I am back to a very autumnal Glasgow and my new students. As the dust settles on the new term, it has been good to be able to grab some time in the workshop to actually make something.

This time, inspired by one of my contacts on Flickr, "Metalsmithery", I decided to dig out some old pen-nibs which I had bought many years ago from The Pen Museum in Birmingham. 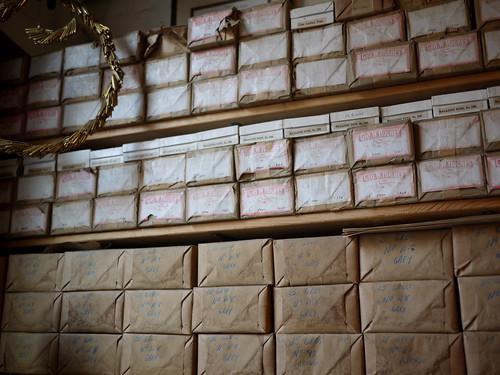 The Pen Museum counts as being among my favourite museums in Britain. It has that slightly eccentric quality of being a collection of "stuff". Things that someone got a bit too obsessed about... it became a privately-owned museum, an honour it shares with the Bakelite Museum, the Pitt-Rivers Museum and Whitby Museum. (Although Whitby Museum is now owned by the Whitby Town Council and Pitt-Rivers by the University of Oxford, they still maintain that shambolic quality which I find so appealing in a museum.)

I was delighted to find that I had forgotten about a small bag of a very few assorted pen-nibs which I had been given by one of my HND students last year and had tucked them inside the box I had bought in Birmingham: 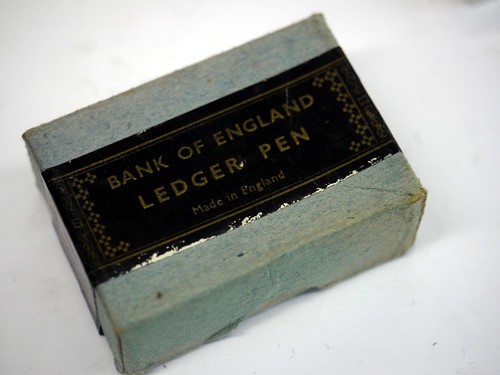 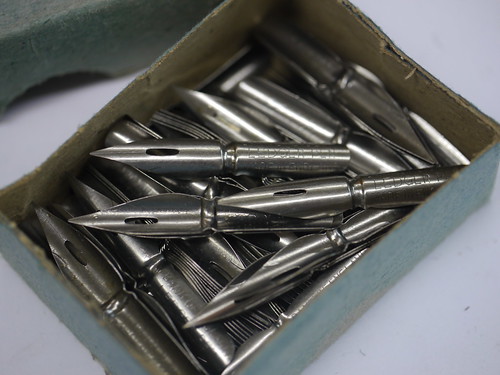 Real pen-nibs from the Bank Of England. (I may not be allowed to keep these after the 18th of next month.)

The pen-nibs I had been given were actually quite wonderful and I am going to have to thank my student again when I see her as I hadn't really looked at them properly when she gave me them. Some of them are gilded, some are bronzed and they are all stamped with the most wonderful names, such as "The Toboggan Rapid Writer" and my own favourite, the incomprehensible, "No1 Hindoo"! 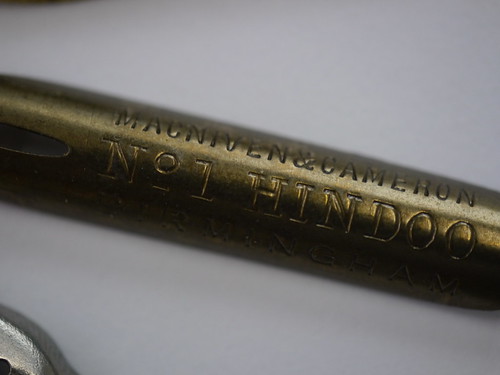 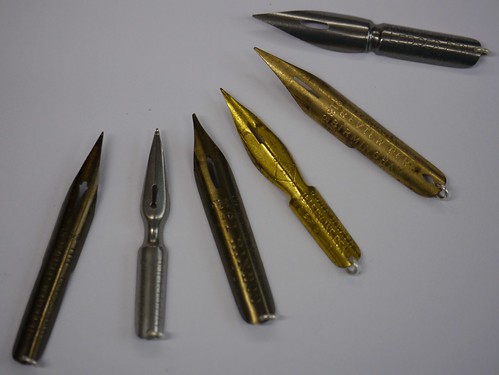 The nibs were drilled with a carbide drill and hung from very simple silver frames, which I then oxidised, making two sets of trios. The nibs are really strong enough to not need any of my usual treatments of gemstones or elaborate settings. 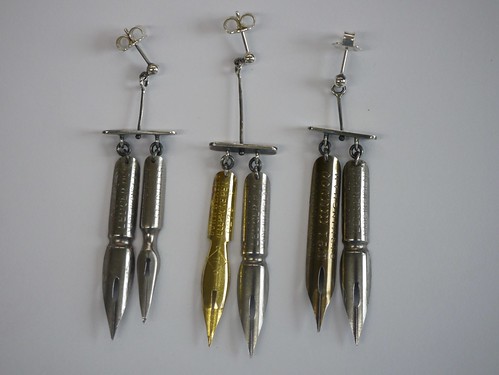 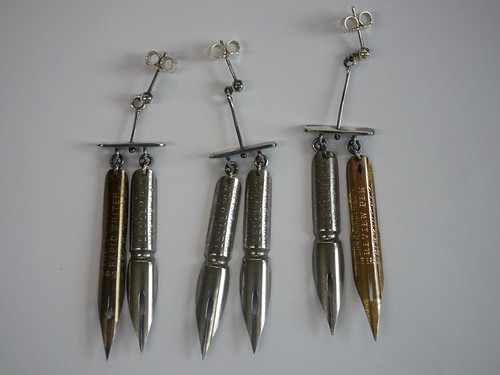 As I have not been selling online for two months now - and am no closer to finding a suitable e-commerce option - I've been relying on what has become a regular and reliable gallery outlet in Folkestone in Kent, run by the wonderful Nicola and Chris, Cursley & Bond. Folkestone is one of those places where things are happening: an arts community is building and this year is the year of the Folkestone Triennial, last held in 2011 and this year featuring a host of events and big names such as Andy Goldsworthy.

As part of the Folkestone Triennial Fringe, Cursley & Bond are presenting "Border Crossings", an exhibition of work "blurring the borders" of disciplines. I have three pieces in the work, all of which are interpretations of music or literature:

Interestingly, this is the first time I have offered any of my really large exhibition pieces for sale in a gallery.

If anyone is interested, I will be speaking as part of the Triennial Fringe on 27th September at the gallery.