The Spectator has announced the winner of its annual What’s That Thing? award, handed to what at least this publication deems to be extraordinarily bad public art. Dashi Namdakov’s She Guardian has scooped the prize, selected by a panel including The Spectator’s design critic Stephen Bayley, art critic Martin Gayford, arts editor Igor Toronyi-Lalic and deputy arts editor Lucy Vickery.

Stephen Bayley, The Spectator’s design critic, described the work as displaying “a residual influence of the blustering, flatulent stuff once favored in and beyond the Soviet Union…this is a grotesque, inappropriate and embarrassing intrusion into London.”

In contrast to that assessment, this is what the gallery representing the artist states:

The spectacular bronze statue rises 11 metres from claw to wing tip, and depicts a female feline protecting her young. She Guardian will be placed next to Cumberland Gate, Marble Arch, against a backdrop of green parkland and urban architecture.

A deeply mystical and fantastical sculpture, She Guardian is a powerful feline defender with blade-sharp wings that rear menacingly behind her back. Her snarling jaw s and ready claws speak of a primeval urge to attack anyone who might threaten those she protects.

Dashi Namdakov commented “It took me more than 2 years to create She Guardian and I wanted to push the boundaries both in scale, material and movement, her ferocity also revealing the maternal protectiveness toward her young.”

Dashi Namdakov is a Russian sculptor, graphic artist and jeweler whose works draw on the ancient culture and artistic styles of the Eurasian steppes and on Buddhist and shamanic mythology. His mysterious figures of warriors, princesses, bulls and imaginary creatures create a world of imagery that is powerful yet intricately detailed, conveying an ancient spirituality. 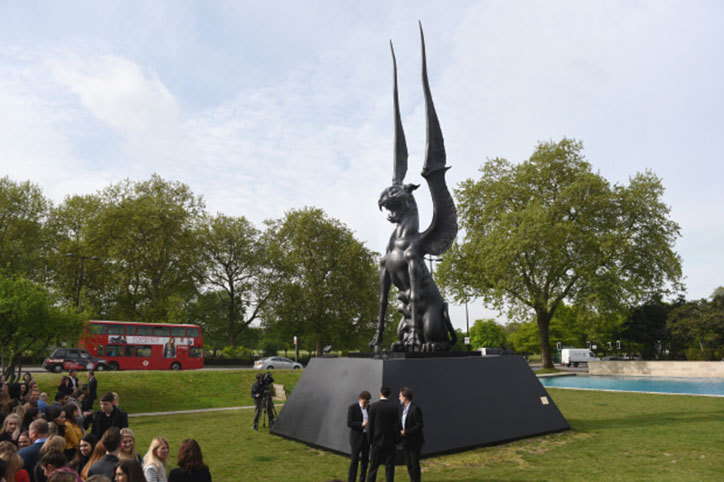 Crafthausers, what do you think? Feel free to share your own examples of what you personally think is good - or bad - public art in the comment segment below!

Please share why you like or dislike the work and add some information about the artist and the commissioning entity as well. Thank you. This pandering piece of public upskirtery is by Seward Johnson who has a pretty impressive record of bad public art.  The piece was on display for years on the strip in Palm Springs and recently moved to New York. The piece apparently exceeded New York's tacky quota and they are doing a bit of civic sniveling about it. No such limits in Palm Springs where tourists would brave 115° heat to be photographed in the shade of Marilyn's skirt. We had made formal petition to the city of Palms Springs last year to add a misting shower feature to the statue to cool tourists and prevent heat stroke.   Unfortunately the piece was moved before our suggestion could be implemented. Or so we were told.

This next entry shows that bad art isn't just for big cities and movie stars anymore. 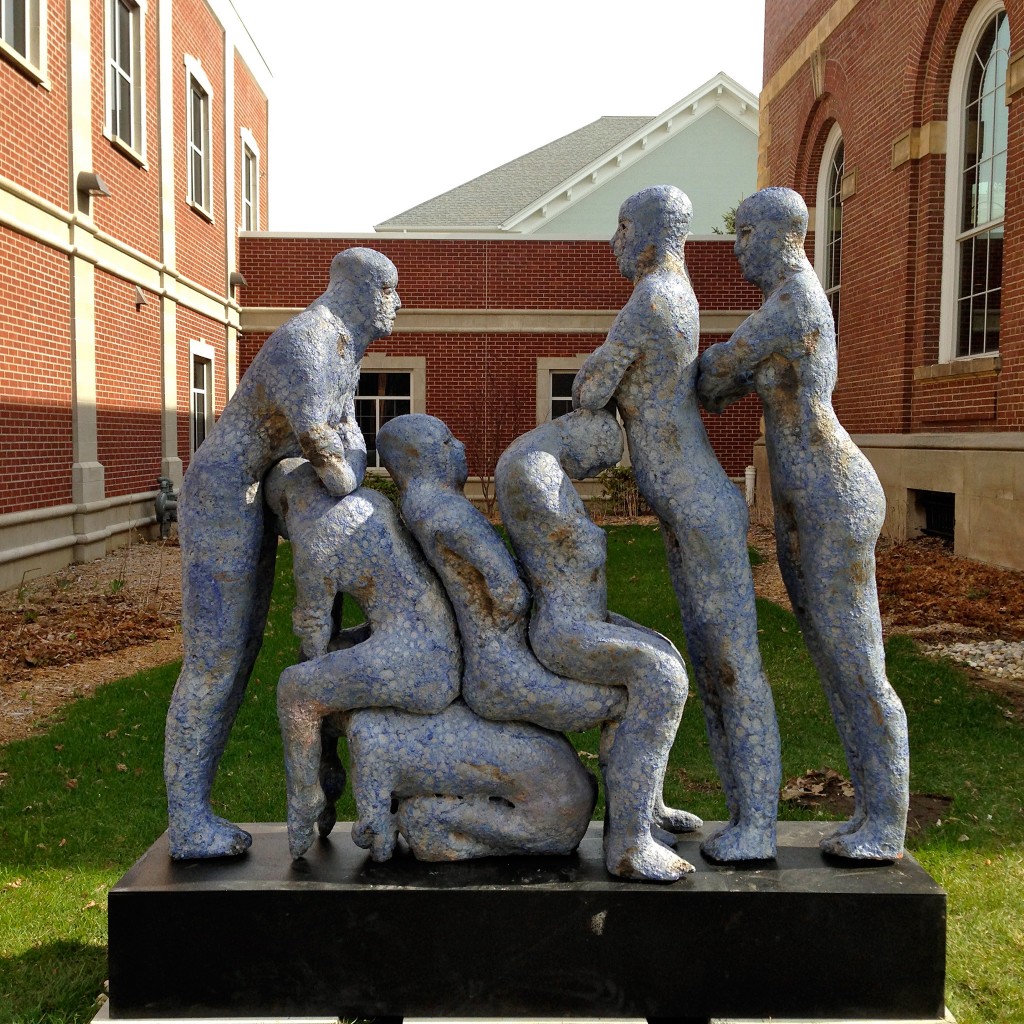 This piece is by Mark Chatterlay and was on display in the city of Adrian Michigan.  After installation the good townsfolk of Adrian had a few questions about the intent of the piece and what it was saying to, or about, said good townsfolk. Despite the artist's statement there remains some discussion on the matter.

"She-guardian" is bloody awful but somehow I really like it. (The tree, however... )
It is important to note that The Spectator magazine is notoriously - maybe even proudly - reactionary and right-wing.

My own choice would be this ghastly thing:

Which is in the equally ghastly Cumbernauld, near Glasgow. It is by one of my least-favourite "sculptors", Andy Scott - mentioned in the article - though I do rather like his famous "Kelpies":

Thanks Carolina. I wasn't familiar with that one so I had to look it up, here's what I found. The bold type is probably the gist of it. I see what you mean.

"Simon Periton is the site-wide artist for the University of Oxford's Radcliffe Observatory Quarter (ROQ) one of the biggest development projects the University has undertaken for more than a century.  This role was conceived as a key component of the public art strategy in order to create a unique, extensive and memorable cultural identity for the Quarter.

Periton’s concept, Pollinator, developed from his research into images of the alchemical tree, a symbol connected with growth, transformation, interdisciplinary collaboration and a quest for knowledge. The central sculpture of an Alchemical Tree with a crown at its trunk is complemented by smaller satellite works across the site, including three roots around bike stands, relating to the central tree both visually and materially.

The Alchemical Tree sculpture is rooted in the ROQ’s history, the physical navigation of the site and the quest for a concept that relates to the site as a whole and evolves with it in the future. The re-housing of several academic departments within the ROQ suggested to him a re-interpretation of a more historical, classical, university model where interaction between different disciplines is actively encouraged, reflecting the development of contemporary ideas within the realms of science as well as art.

The commission was developed in an initial research phase in collaboration with The Oxford Research Centre in the Humanities (TORCH), associated departments located on the site, the ROQ Public Art Sub-Committee, Niall McLaughlin Architects, Townshend Landscape Architects and Modus Operandi.