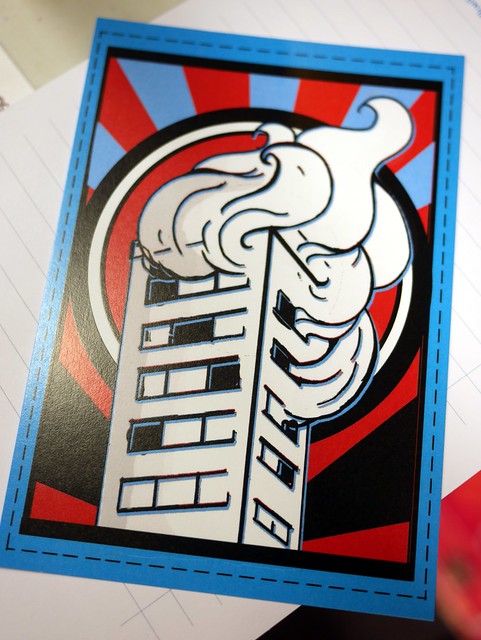 A portmanteau word meaning "activism through craft". I don't think it has made the dictionary yet - though it has made Wikipedia - but when it does, you can be sure that it will be the definition of a project I was involved with for young people in their final years at school or college in the Aston and Newtown areas of Birmingham, "Making for Change". This is yet another project from the powerhouse that is Craftspace - of whom I have written many times over the two years since I moved to Birmingham.

The idea is to engage young people in making while engaging with their concerns about their worlds and without a doubt, they worked hard. I was there for 2 days out of the five that they were working and the amazing thing was that they didn't know each other before the project, having all come from different schools and different parts of the area: by the end they were all firm friends.

As everyone involved was between 16 and 19, I am not allowed to show any images of them at work but can show some of the work-in-progress. 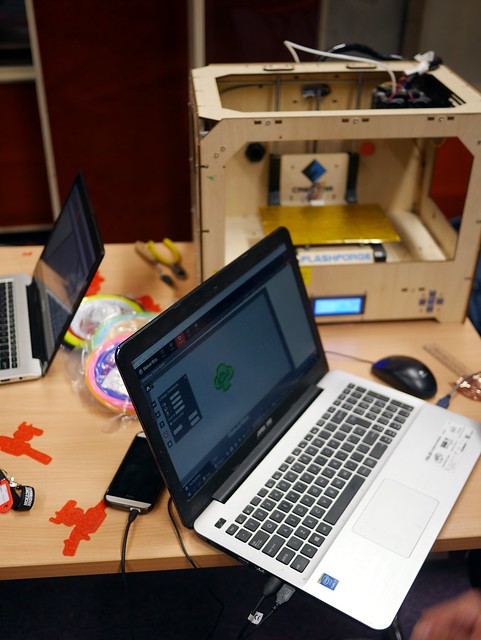 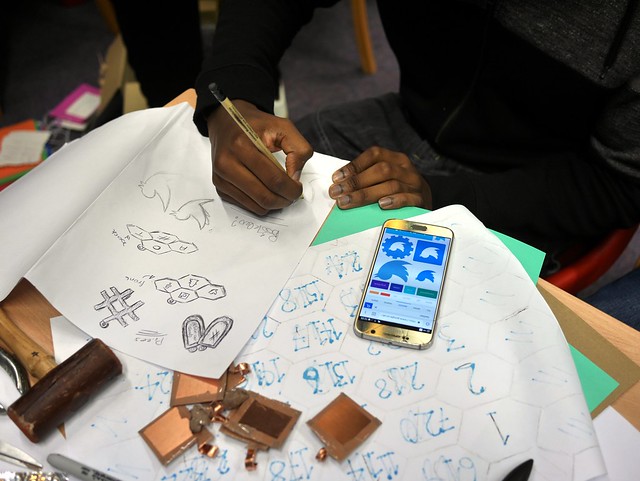 The project in the two images above was the one I was mainly involved in, devising a game which encouraged people to look at the real stories behind the social-media "hashtags" and to think about the implications of using hashtags without translating their use into real action. They discovered some amazing facts about the use of some popular tags, such as #GrenfellTowerFire, #BlackLivesMatter and #IceBucketChallenge, fundamentally proving that the use of a hashtag does not necessarily indicate an engagement with the subject thereof and suggesting that many uses of these tags is merely fashionable.

I loved this model of Grenfell Tower, which was part of a project looking at similar issues but specifically around the fire in the London tower-block: 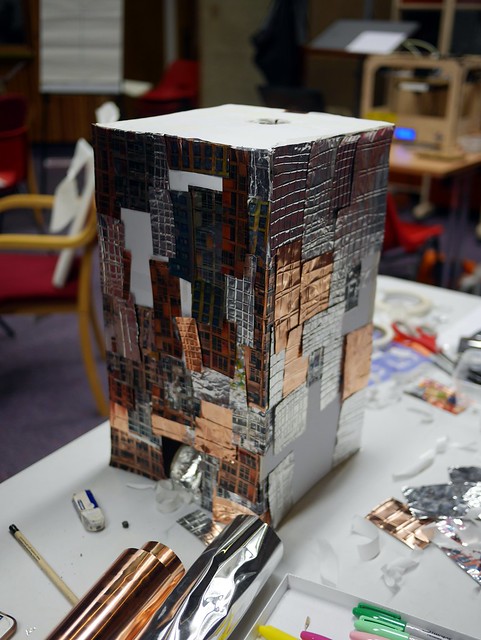 I was doing my 'guerilla etching' with them, which allowed them to make etched metal plaques and they had workshops on data analysis and research, film-making, laser-cutting and 3d printing, book-making and metal colouring and forming. It was great to see that all the processes ended up in the final presentations. 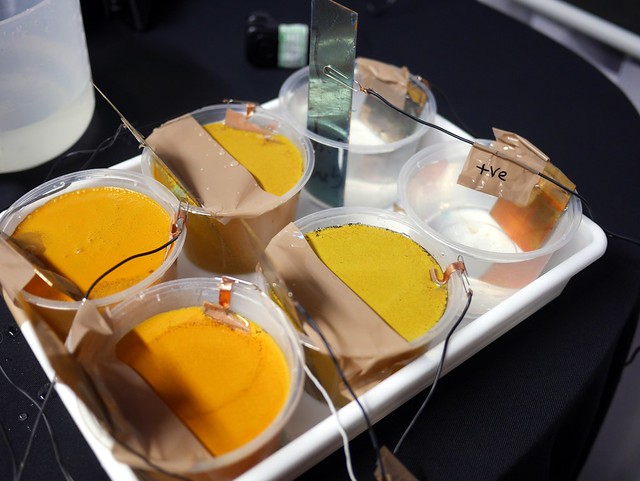 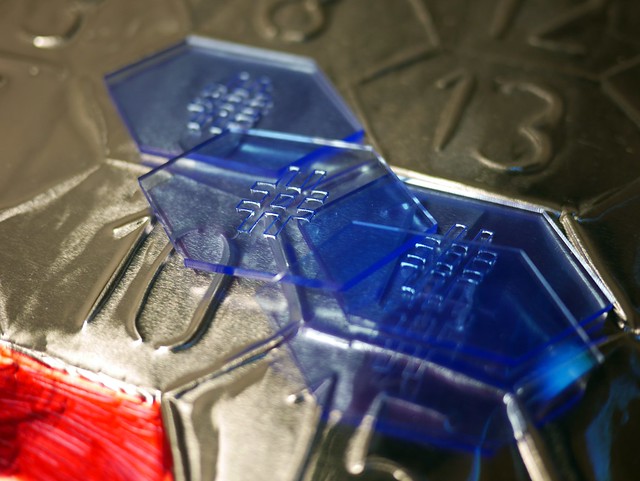 I've been finishing off my own work for The Old Cinema this week. Finally got it all completed and I'm happy to be able to go on holiday for four weeks! 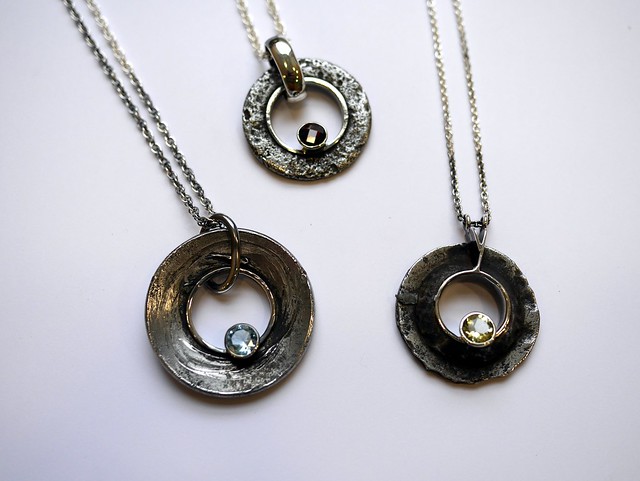 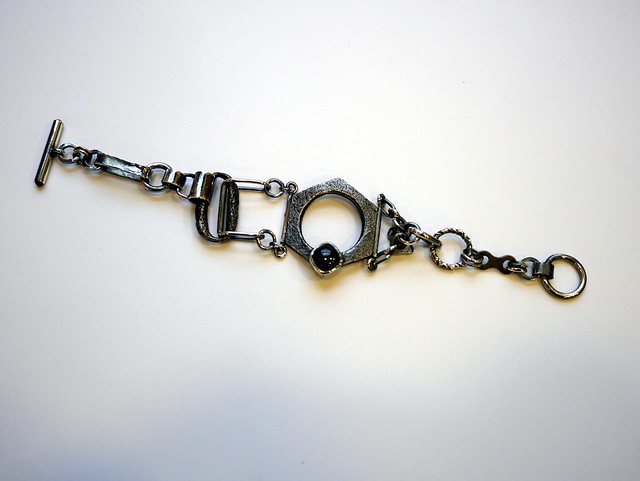 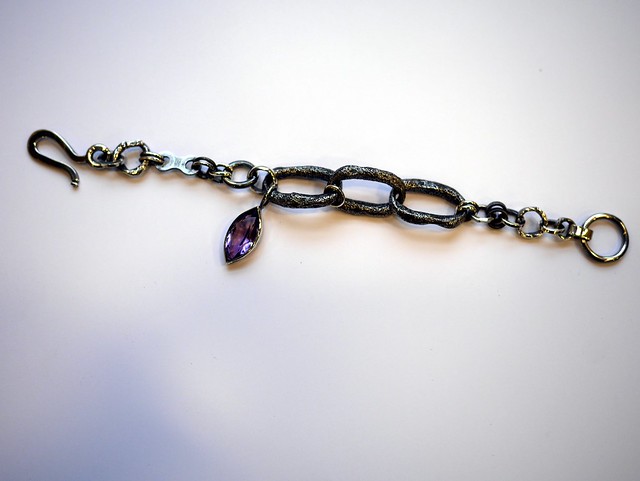 This has been the weekend of the Jewellery Quarter Festival and I went along to support friends and see what is going on. Unfortunately, I forgot my camera, so here are a very few mobile phone shots...

I bought one of these lampshades. 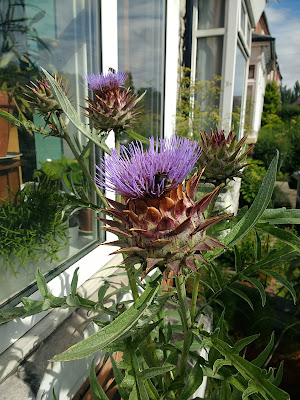 Other than that, I've been doing a lot of gardening, including harvesting my garlic: 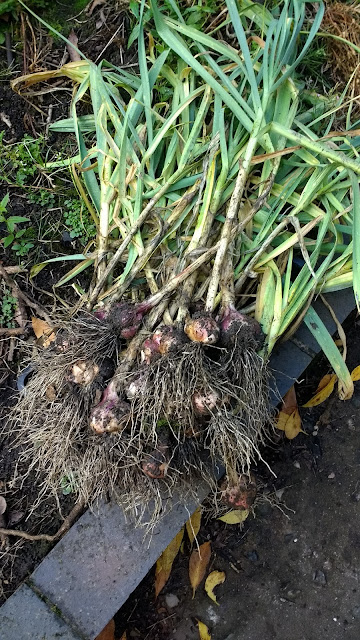 Comment by The Justified Sinner on August 2, 2017 at 6:41pm
Will do! I'm on holiday just now but will write it up when I get back.

Could you describe more about your "guerilla etching", please?