The holiday was relaxing and fairly uneventful. On the back of my political fury of the last few months, I had been planning to go to Brighton's "Pride" event, something I've shunned since the early 1990s when the event ceased to be political and became no more than a corporate, money-spinning festival of hedonism and as the years have gone by, any whiff of politics has been squeezed out, leaving a crass event which has previously accepted sponsorship from companies encouraging prostitution. Anyway, I thought that this year, I would go along to show some sort of solidarity with those who have fled persecution in their countries, as a kind of mark of solidarity with those who died, were injured or traumatised in Orlando, as a middle-finger gesture to the rising right both here in the UK and in the world generally.

In the end, I didn't go. The website is resolutely politics-free. It is sponsored by a corporate finance company, several drinks manufacturers, a manufacturer of underwear... The whole thing is one enormous fiasco, designed to extract the maximum cash from a minority who have had their life(style) commodified and rendered a lucrative income stream by a clever sleight of social engineering.

While I don't hold with the Anarcho-syndicalist politics of the originators, I was delighted to see this poster a few days later: 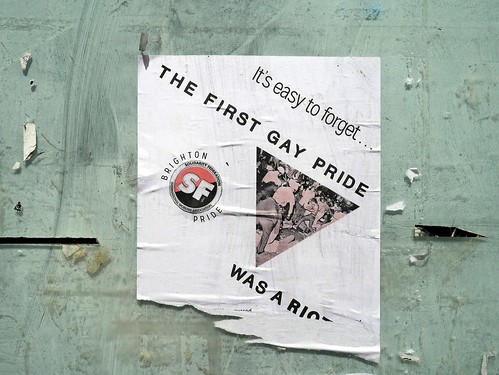 I was not so happy to see that someone had attempted to rip it down, that it had already been ripped down in other parts of town, almost as if people want to airbrush this away from history, as if it is in some way raining on their sybaritic parade.

The holiday was very quiet with, as usual, a lot of time spent in churches. This year's crop included the amazing modernist masterpiece, Coventry Cathedral - which is more like an art-gallery than a church, featuring the very best work by all the main players in late 1950s British art and design - and by far the best thing Basil Spence ever did. 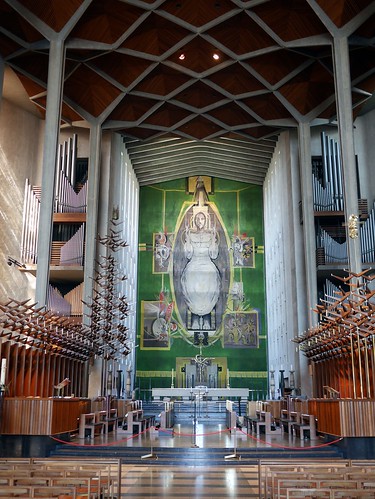 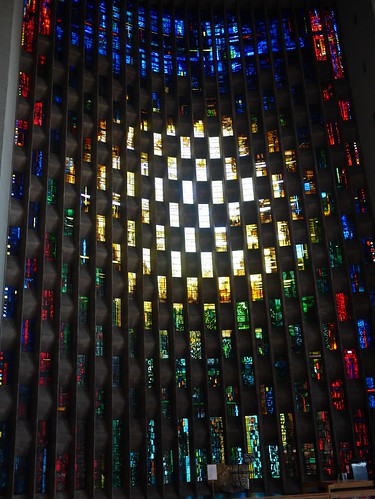 The cathedral continues this role as gallery and I was pleased to see that one of my favourite  bands, Mogwai, will be playing there very soon.

I had gone to Coventry to see for myself, the work of one of my heroes of modernism, William Mitchell (of whom I have written perviously, here). His murals for the "Three Tuns" pub in the city centre, which is now a fried-chicken restaurant, are incredible: 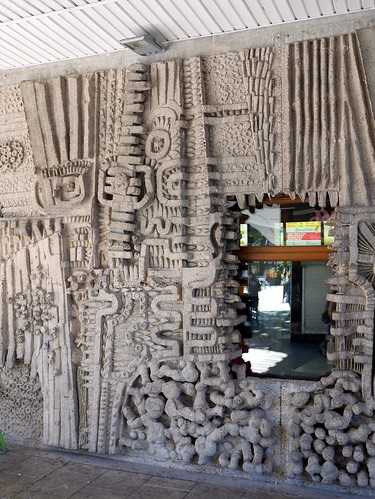 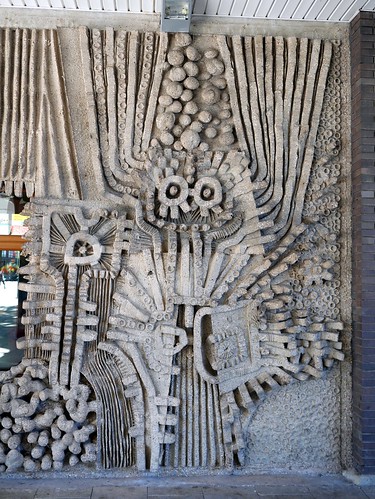 I'm pleased to report that these are now listed. Coventry is full to bursting of modernism, from the earliest, 1950s styles to the above late-bloom of brutalism. 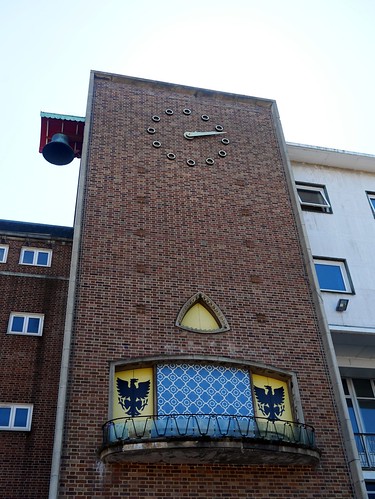 Ely Cathedral - and Ely itself - present a very different face to the modernist, dynamic, multicultural Coventry. I've wanted to visit Ely Cathedral for years to see the painted ceiling and remarkable octagonal lantern, dating from the 1300s: 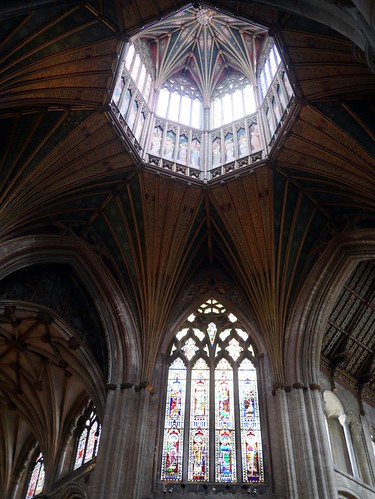 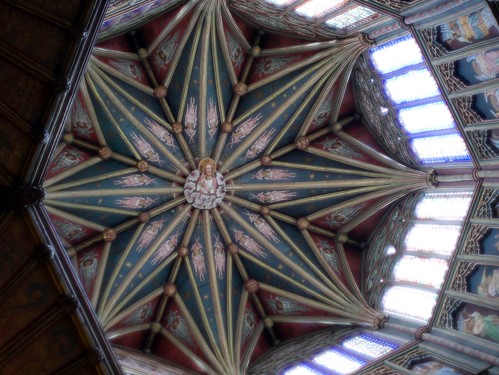 The cathedral itself is a fantastic mashup of Norman, Ornamented Gothic and Victorian architecture and the detailing of the Lady Chapel is marvellously bizarre: 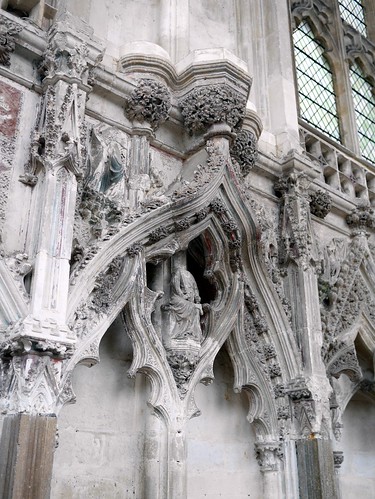 There is also a fine painted ceiling in the main nave: 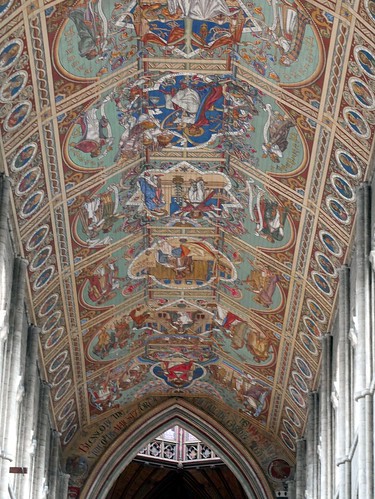 The other remarkable church we visited was Saint Peter ad Vincula in South Newington which is pleasant enough from the outside: 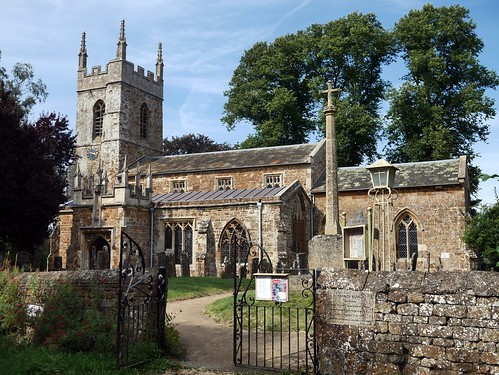 Inside, however, is a very different story... Featuring several wonderful Mediaeval wall-paintings, including a "Doom" over the nave: 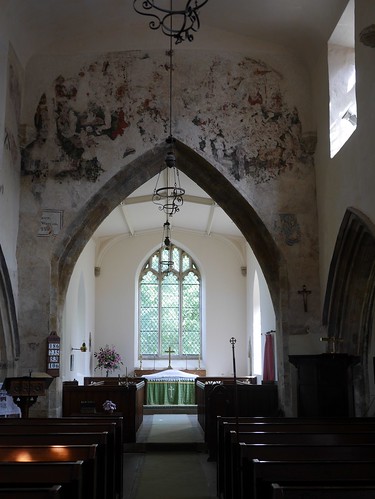 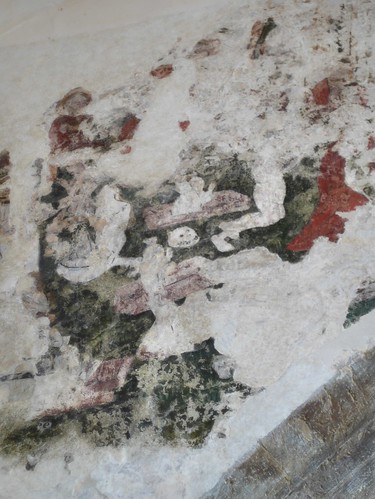 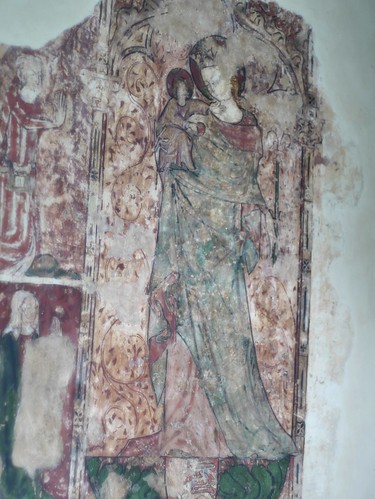 Well worth a visit.

We also got to East Kent for one of my regular visits to Dungeness and Folkestone, albeit on different days. Dungeness was misty and cold - not my first choice for a visit, but the fog made the place really atmospheric: 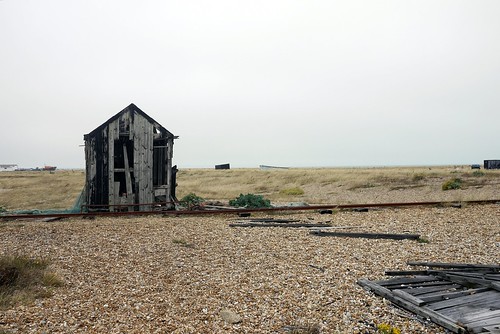 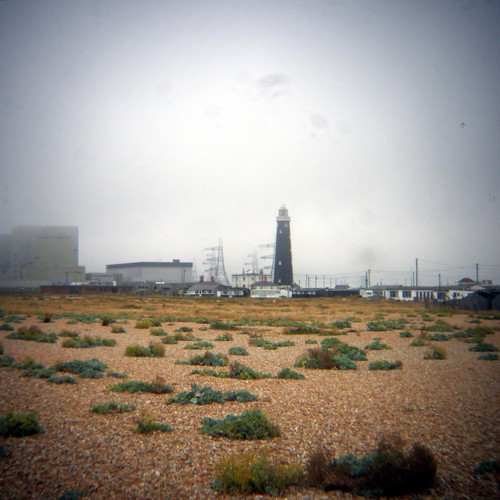 Folkestone, on the other hand, was brilliantly sunny and hot and I made one of my usual trips to Cursley & Bond Gallery to see Nicola and Chris. This time, they were exhibiting work by Jimmy Cauty... 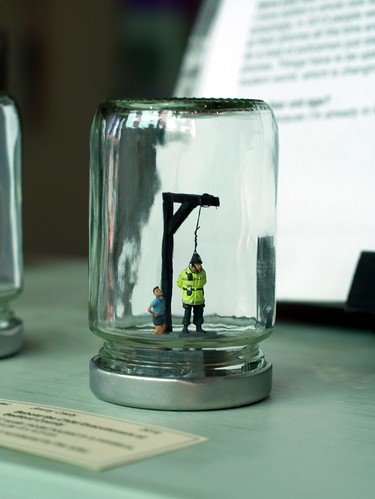 Folkestone is changing all the time. Nothing is static and it is nearly a year since I was last there. Now the old harbour arm has opened up as a place to visit with bars and cafes. I was also there to collect an artwork from Russ, aka. The Dirty Pen. 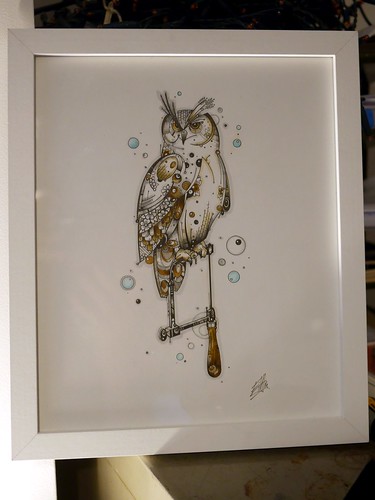 This owl is to commemorate my move to Birmingham - when I moved here, the place was covered in giant owls, decorated by various local artists and organisations. I'm planning to have it tattooed onto my leg very soon.

Back in Birmingham again and it is on with my work for the Made in the Middle exhibition and preparing for the completion of my collaboration with Jeff Zimmer for the ACJ anniversary show, 20:20 Visions next year. 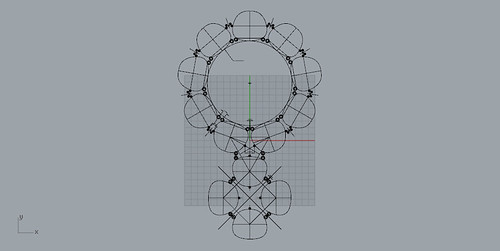 This is the computer model for the piece, "1694: An Eye For Optical Theory", of which I wrote last year in this post.  Today I received an exciting parcel from Jeff with his part of the contribution to it: 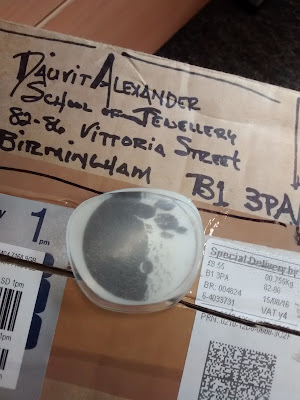 The recycled spectacle-glass lenses, polished and with a painted and enamelled plate behind.

One of my favourite Oscar Wilde quotes.

Except, I don't really believe it!

You would be very welcome here anytime, we could visit the Cathedral again - and you could catch up with Jivan, too. All good reasons, I think...

Thank you for this post. When I saw the images of Coventry I was reminded that I visited as a teenager. A totally clueless teenager I should add, who had no idea what she was looking at and, to make it worse, does not remember much of anything other than tottering through a cathedral and along city streets. I should have gone now and with you! Youth is wasted on the young.