A bumper two-week post this week as I've been away in Brighton and London as well as generally very busy with marking and assessment at work. It is really remarkable what the students can do when I set them to it. My Level 4 students are half-way through their first year and already they can make proper, fine jewellery. Some of them get very creative in displaying the work for assessment:

And others go to town on making up experimental samples and documenting the results:

I love this sort of enthusiasm and creativity even though it makes it really time-consuming to mark.

Still with the students, this last two weeks has seen the Level 5 BA students working on their mid-term series of fast projects, each one taking no longer than a day. The object of these projects is not so much to generate wearable jewellery but to encourage the cross-pollination of ideas from other areas into jewellery. Over the last two weeks, they have completed a marathon three different projects, each culminating in a mini-exhibition.
Speculative Futures was about ideas for wearable technology which might be possible in the future: 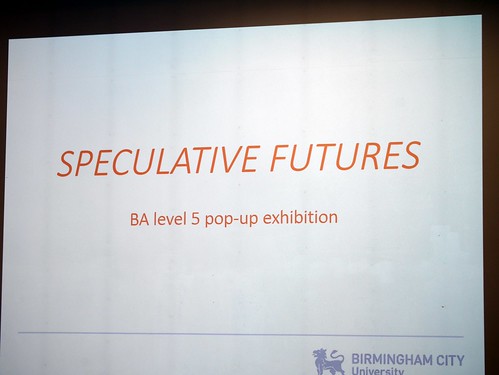 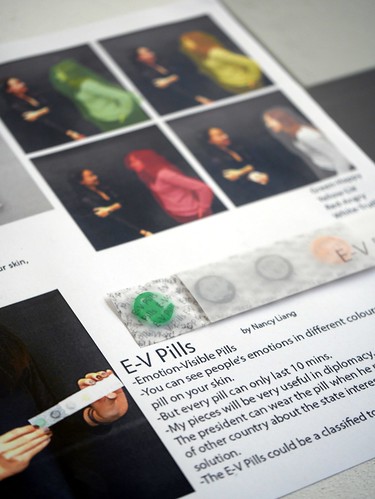 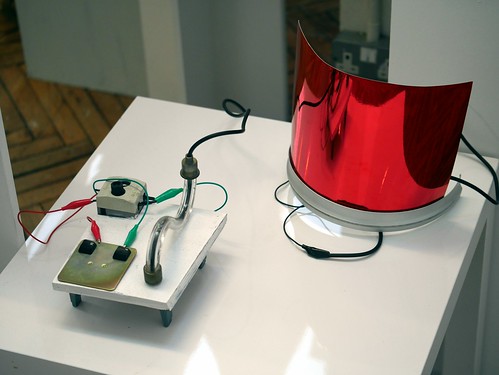 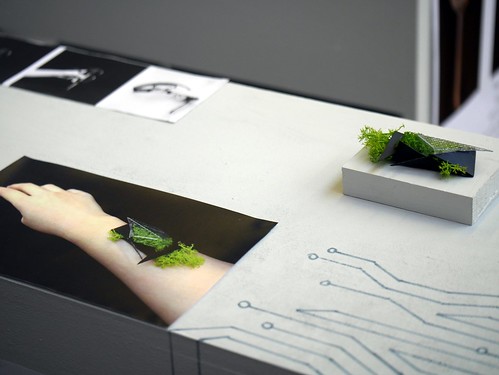 This was followed by an issues-based project, where the students had to decide on a topic which concerned them and make pieces which responded to that theme: 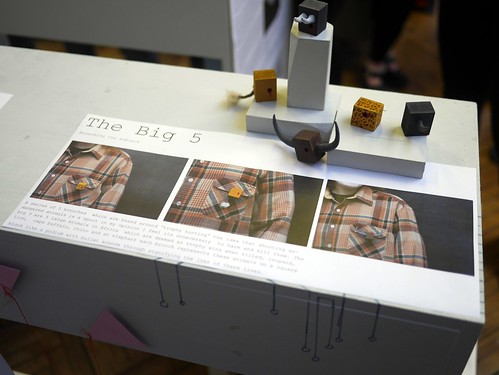 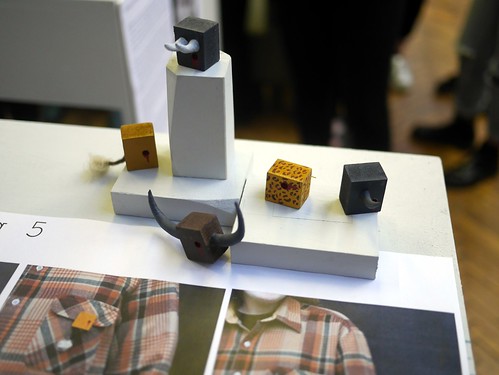 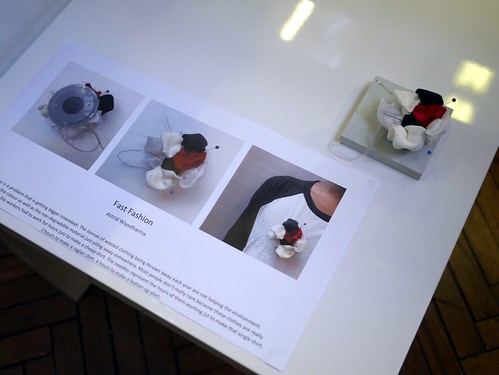 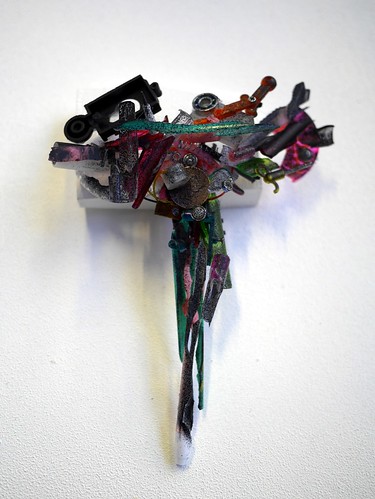 Finally, came a one-day workshop run by Jessa Fairbrother (who currently has an exhibition at the Vittoria Street Gallery in the Atrium at the School of Jewellery) all about the concept of "Selfies": 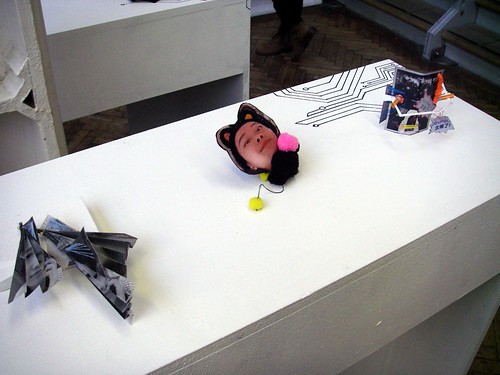 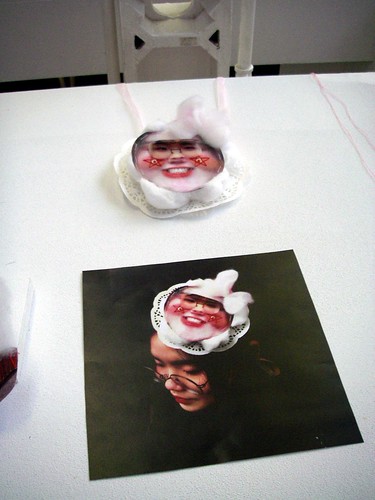 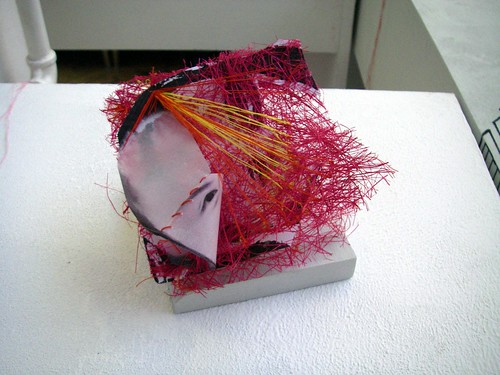 There have also been a couple of our "Talking Practice" lectures over this time, including one by Jessa - after the workshops mentioned above  - which I couldn't attend. We've had Anne Melke from Copenhagen talking about alternative readings of Jewellery History and Jon Privett from West Dean talking about colour and patina and the importance of these in (re)creating the history of an object.
I met Jon almost ten years ago, so it was a real pleasure to be able to meet up with him again. 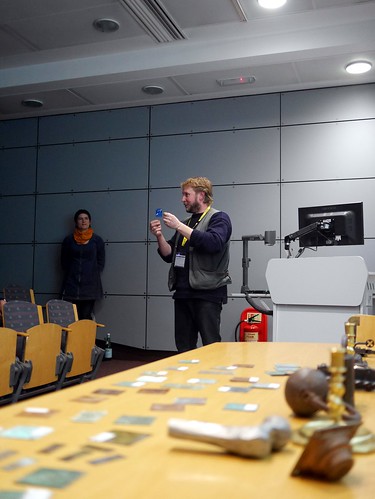 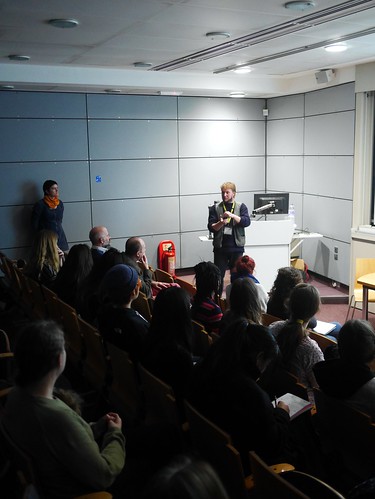 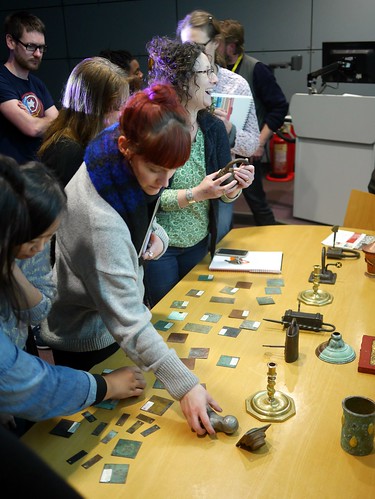 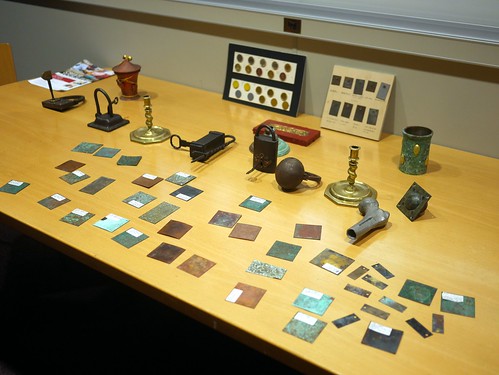 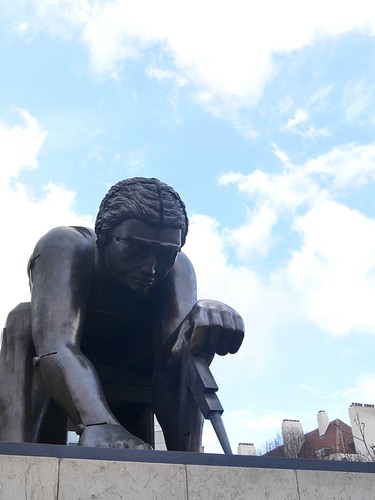 Spent the day in London last weekend where we had a very successful meeting at the British Library, discussing the forthcoming ACJ Conference. We vetted the papers and submissions for presentations and have secured a keynote speaker of legendary stature - more on that to follow! 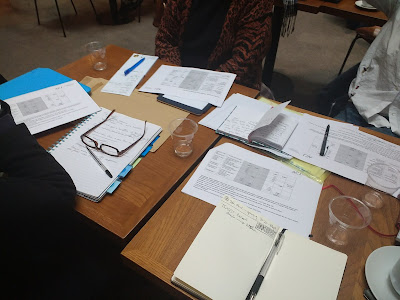 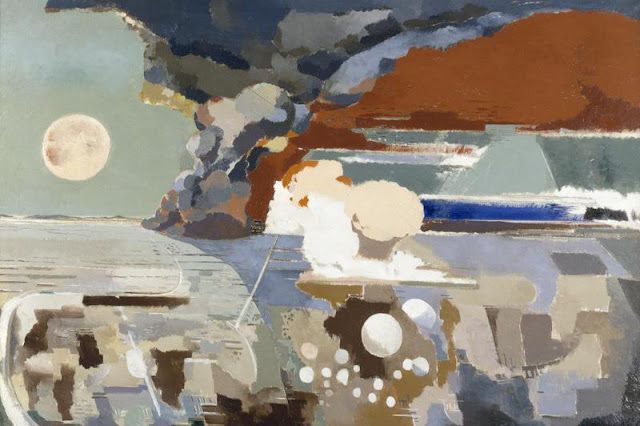 I also took the opportunity of heading off to see the Paul Nash exhibition at Tate Britain. I've been a fan of Nash's work for a long time, admiring his understated, un-hysterical Surrealism and will always go out of my way to see the odd work by him which has ended up dotted about the country in little galleries here and there. This is one overwhelming, comprehensive and enormous show and I was unable to get round it without taking a couple of breaks.

One of the main advantages of getting to see his work collected together like this is that it allows the viewer to appreciate the themes which run through his work - it is possible to recognise individual trees and locations which pass from the very earliest to the very last works - as well as the broad sweeps of his explorations.

I have always maintained that the true home of surrealism is the UK: it was a flash-in-the-pan in France, modish Italy and in Spain and dominated by deChirico and Dali, never really rooted in Germany. In the UK, there is still a strong tradition of surrealism and it seeped into so many other movements here, from Pop Art to the NBA crowd, as well as colouring popular culture to a degree that is strikingly absent in the rest of Europe. Paul Nash in many ways set the template for British Surrealism, rooting it in the ancient woodlands, the seaside, the landscape, creating calm works - even his work as a War Artist are calm and coolly detached - within a very limited and unique pallet.

For me, the most surprising element was the final room: a series of canvases depicting the sun in various ways and painted in the last few years of his life. The pallet shifts, the forms change subtly (but the landscape remains) and it is as if he were about to embark on a whole new creative chapter.

The exhibition closes on the 5th of March 2017 and is an absolute must-see. 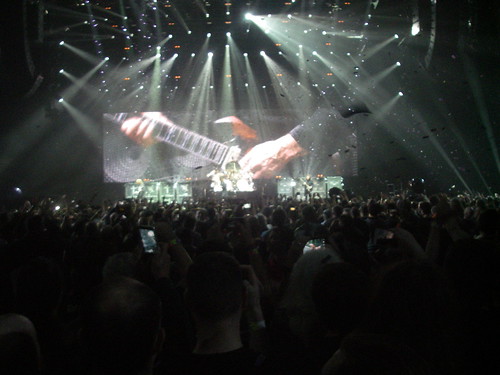 Ending with The End.
This week I went to see the penultimate gig by Black Sabbath. I would have gone to the very last but by the time I had sorted out the booking system with my credit card - months ago - the tickets had all sold, unsurprisingly.

Needless to say, it was an amazing gig, complete with "Spinal Tap"-style overlong drum solo! Opening on "Black Sabbath" and closing with "Paranoid" to the very un-Rock 'n' Roll accompaniment of enormous baloons and confetti canons, it was an absolutely blistering tour-de-force in which all the band members showed what it is that has made them so amazing over the years. It is quite incredible to see - in a live setting - Ozzy change from the shambolic, mumbling creature we get on television into a coherent, charismatic and commanding stage presence and, of course, Tony Iommi's endlessly inventive riffs.
I was so pleased that they included "Iron Man" in the set as it has been a bit of a constant in my life, even before I became obsessed with making iron jewellery, since which it has become a theme. I first heard it in University when my friend, Dan Gotts, played it and I was hooked: up to that point I'd been fascinated by experimental and electronic music and had mostly written off Heavy Metal - despite really enjoying Led Zeppelin - until that moment.

The transformation is amazing but it will need to be Ozzy on his own as there will be no more Black Sabbath gigs after that one.

I never experienced the transformation of Ozzy you describe. He's seems to always be mumbling incoherently... Hm. Maybe time to attend a concert!

Thanks for the weekly update. So interesting, as always!!