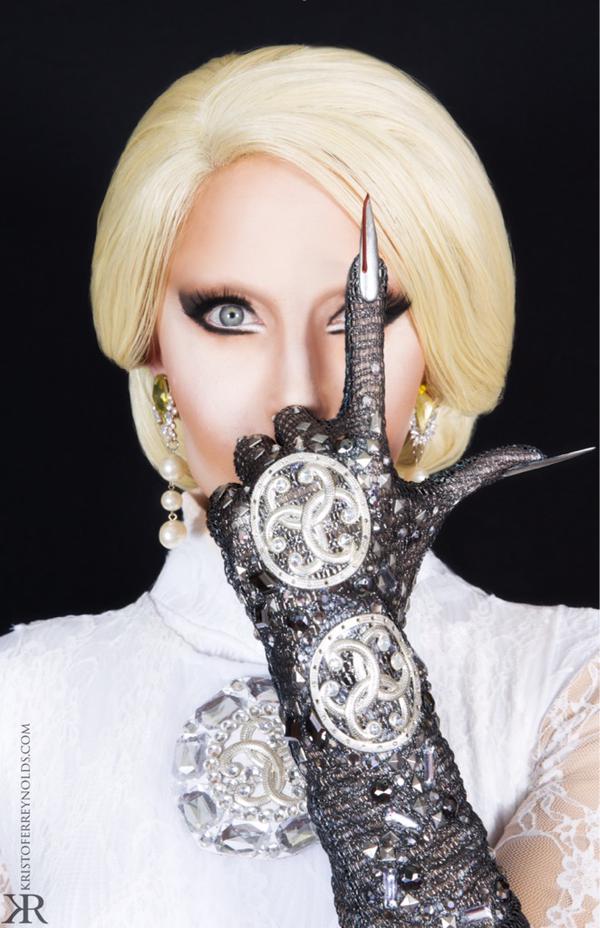 Lady Gaga wearing specialty gloves for the TV drama American Horror Show. The nails flip at will because of a very clever mechanism (I am probably not supposed to reveal how it's done, so I won't. Sorry!)

Last week, I had the opportunity to visit Michael Schmidt Studios in Los Angeles.  Michael is a designer working in entertainment wardrobing - a very loose term for the innovative and cool work he's doing for his celebrity clientele, such as Madonna, Lady Gaga, Dita von Teese, Rihanna, Lenny Kravitz and the list goes on.

I had to sign a non-disclosure agreement due to the sensitive nature of what Michael and his team are currently working on, so I cannot disclose all the fantastic details I wished I could share, but here is a video of some of his work set to Iggy Pop's "Wild One." Michael and his team told me about how some of the work came about, such as Rihanna's shorts, Dita's 3D printed dress and other fun work.

Enjoy. - You might want to turn the volume up to 11 for this one, it's dance-able. 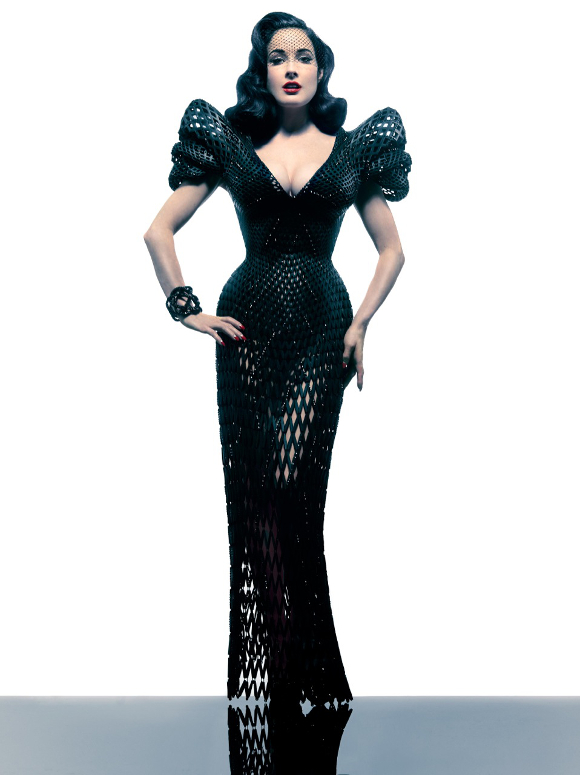 The world's first fully articulated 3D printed dress, based on the spiral proportions of the golden ratio and made for the burlesque icon Dita Von Teese. Designed by Michael Schmidt and Francis Bitonti, printed by Shapeways and presented at Ace Hotel New York's 3D printing symposium for Fall 2013 Fashion Week.

More information about Michael on his beautiful website. Enjoy!

I did not know who that was so I had to look him up. His wikipedia description sounds pretty promising: "Diamanda Galás is an American avant-garde composer, vocalist, pianist, organist, performance artist, and painter. Galás has been described as "capable of the most unnerving vocal terror."

Diamanda Galas... What else needs to be said?