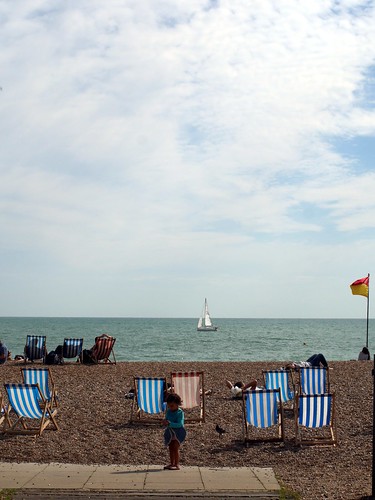 As usual, I've relocated to the South Coast for the summer and have been doing very little to do with work. Since my last post, I've had my friend and fellow-jeweller, Madelyn Smoak with us here and that has lead to adventures.

We started off in London at Tate Britain to see the British Folk Art show. This is an interesting show but somehow rather unsatisfying. I am really glad that the show has been put together but it feels rather sparse with plenty of space around the works which are spread over three distinct sections. One of these sections has about 20 ships' figureheads in it. The objects themselves are fascinating and for me, the naive paintings hold a special charm. In my opinion, what lets this show down is that it is very definitely a "gallery show": as someone who goes out of his way to look at folk art and naive paintings wherever I can find them, I am used to seeing them in situations which are themselves intriguing: 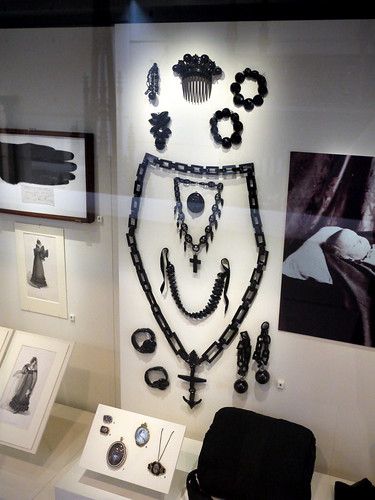 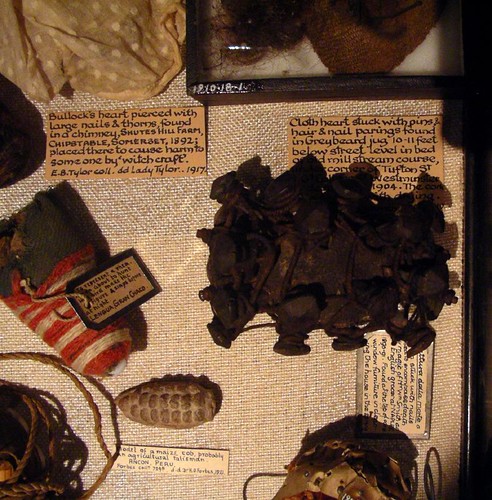 Or in little private museums such as The Musgrave Collection in Eastbourne: 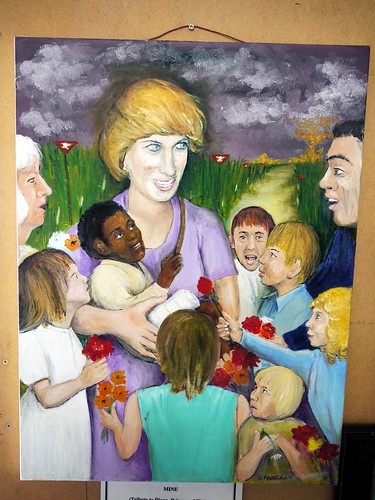 In short, a disappointment.

What was emphatically not a disappointment was our afternoon tea at Sketch gallery. 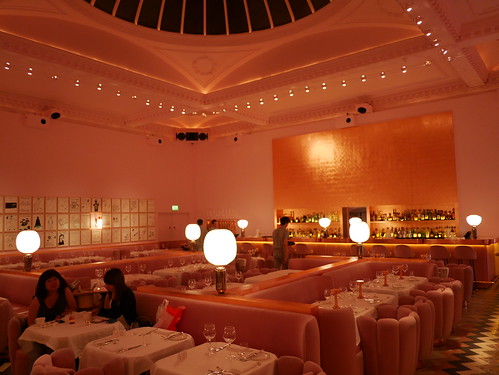 It is hard to explain how sitting in a pink room, on pink mohair velvet chairs eating tea off a pink tablecloth could be a thrill, but this was easily one of my best-ever dining experiences. The environment has been created by one of my favourite artists, David Shrigley and the walls are hung with his drawings: 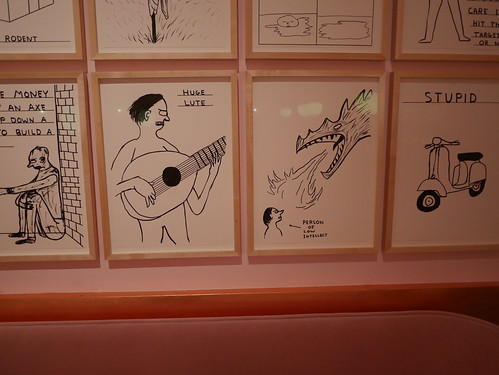 And the crockery has been designed by him: 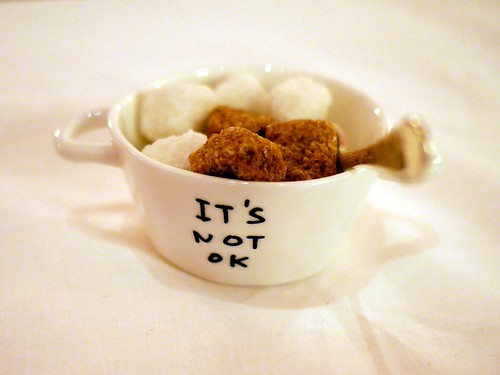 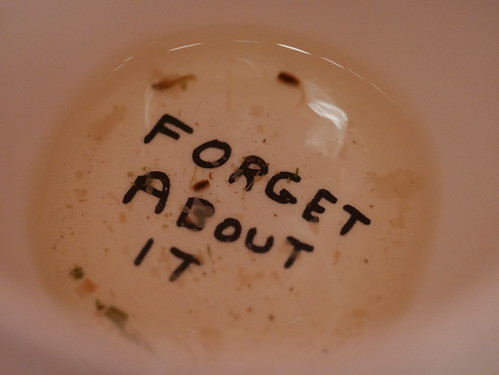 The food was suitably absurdist but also absolutely delicious: 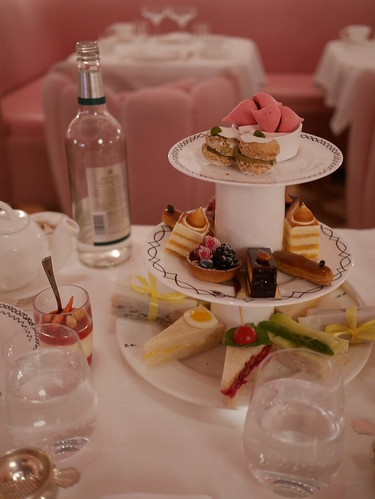 I had been a little apprehensive about the visit after I had booked it as I found some pretty damning reviews online - yes, I checked after booking! - claiming rude staff, people jammed in like sardines and other complaints but am delighted to be able to report that the staff were charming and helpful, that the tables are discreet and separate and that the food was fresh and delicious. I would certainly go back. 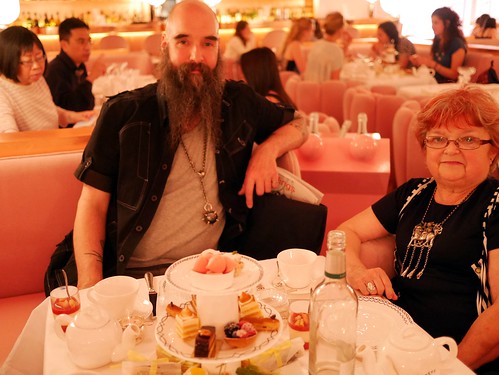 Next London adventure was mudlarking... I was introduced to this idea by Alexandra Abraham who uses found elements from the banks of the Thames river to make platters and jewellery. (At the moment, due to ill-health, Alexandra's website is unavailable. I will link to it when it returns.) She was originally going to come with us but it ended up with me, Dingo and Madelyn on the banks of the Thames at low-tide raking through silt and sand for objects which we can use in our work. 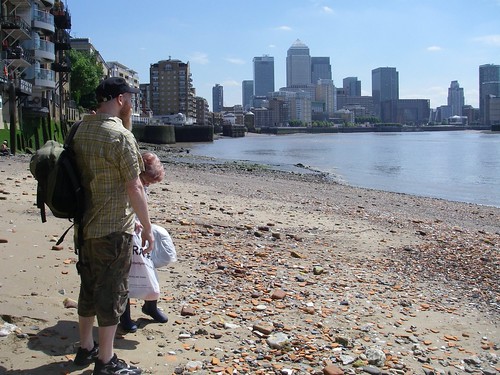 It was amazingly easy to find things. We found all manner of objects from the word go, starting with segments of clay-pipe stems but also shards of ceramic, pieces of metal and a whole glass vase made from red-flashed glass which had been etched with the pattern of camels and then further etched, chipped and abraded by the action of the water:

We were delighted to get back to Madelyn's flat with several bags bursting with objects to make things with. I went largely for the pipe-stems (I have an idea for a collar), while Madelyn went for shards of ceramic and glass. Mine are on the left panel and her's are on the right: 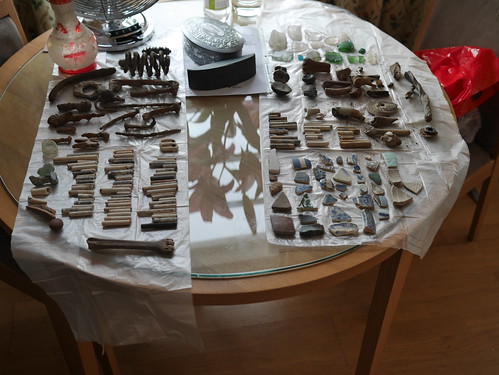 We also went to what I think could be the most boring museum I have ever visited, the London Docklands Museum. The only thing of interest was this pair of Yoruba bronzes: 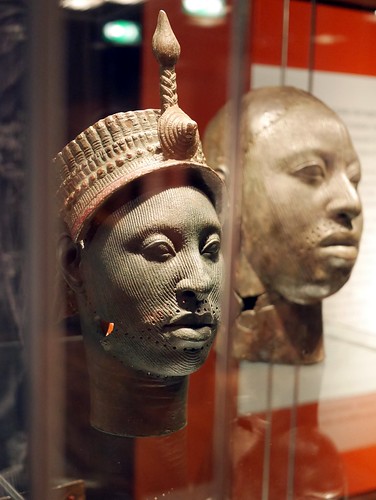 I am not a huge fan of the "Bloomsbury Set", finding them rather precious, snobbish - Virginia Woolf single-handedly destroyed the reputation of one of my favourite authors, Arnold Bennet for class reasons - over-privileged and hermetic but Madelyn is a fan and we took her on a little pilgrimage to both Charleston House and Monks House yesterday. Dingo and I had visited Charleston before and so we only wandered around the garden whilst Madelyn was in the house. 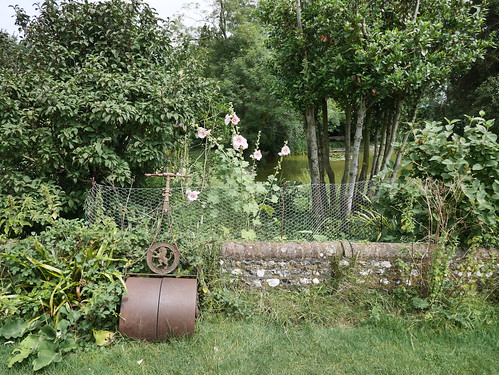 Monks House - the home of Virginia and Leonard Woolf - is, for me, much more interesting. The gardens are much finer and the house seems more "real" (Charleston, on the other hand, is a reconstruction of the place which had run to ruin before it was bought by the Charleston Trust). 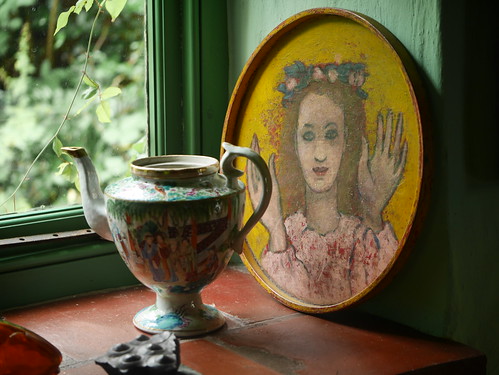 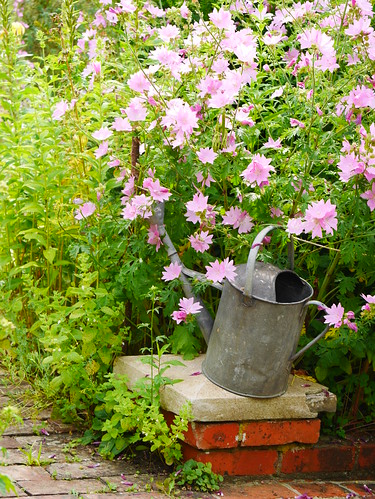 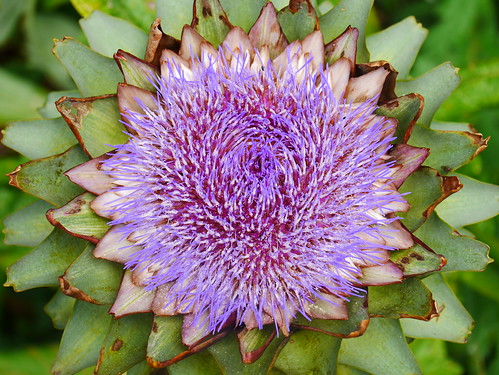 More Bloomsbury gardens tomorrow as we are off to Sissinghurst, Vita Sackville-West's influential garden in Kent.