Over the last week, quite a lot of brilliant things have happened which now seem rather hollow as the lied-to population of the UK voted to leave Europe on a wave of petty-minded nationalism which has brought about - in a mere three days - a wave of racism and hatred, global economic collapse, the prospect of the break-up of the UK, the collapse of the EU and the sinking of whatever remains of the UK into global irrelevance.

David Cameron will go down in history as the man who broke up the UK, broke up the EU, collapsed the world economy and unleashed a wave of fascism. In short, a rather worse record than even the mealy-mouthed Czech-hating Nazi-appeaser, Chamberlain, our previous "worst" prime-minister. The man who claimed that he could fix "broken Britain" has well and truly broken it now.
(Chamberlain, of course, thought that he was doing the right thing and, as such, was plain wrong: Cameron brought this about by playing a dangerous game to try and control the ultra-right of his party and lost. His own inability to lead and his weakness in standing up to the right has brought all of this about.)

The Independent, "Goodbye David Cameron, The Worst Prime Minister i...
Scribd, "100 Biggest Failures of David Cameron's Government" (written before the recent disaster, which makes it up to "101")
Scientific American, "Brexit and Trump: When Fear Triumphs Over Evi...
Pulling the Article 50 ‘Trigger’: Parliament’s Indispensable Role

Four years ago, Britain hosted a glorious Olympic Games; two years ago, a thrilling Commonwealth games. We had paralympic games to partner both of these, again to amazing success. The world loved us and we loved the world. Somewhere in between, something went wrong.

I am sleep-defeatingly angry and have been mentally revisiting Marx and John Stewart Mill; the Marxist-Utopian ideals of my youth are resurfacing, a pleasant, comfortable middle-age having made them slothful. It is to be hoped that others feel the same. I am not going to tolerate the rise of the far-right; I am not going to just accept the vote without a fight, especially as lies and spin have turned the population against a Europe which is definitely better united. It feels like battle-lines have been drawn and I know what side I am on.

There are still things in life that inspire a certain Joie-de-vivre regardless of how grim everything else seems and for me, music is one of them. Last Friday it was off to the Birmingham Conservatoire for a performance of percussion works by Steve Reich, John Cage and others. 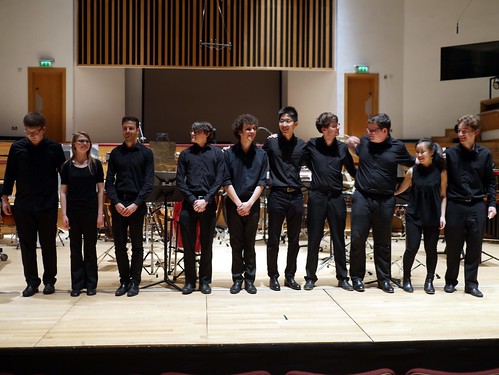 The highlight of the concert was undoubtedly a performance of Cage's "First Construction In Metal", an exciting blast of structured sound but there were also new works by Mason Bates, Mark Norman, Christopher Tyler Nickel and a strange piece by, of all people, Chick Corea, which really sounded like it needed Yma Sumac to round it out!

Here is a different ensemble performing the Cage:

If you've not explored John Cage's scores before, they are well worth seeking out as they are absolutely beautiful works of graphic art as well as musical art: 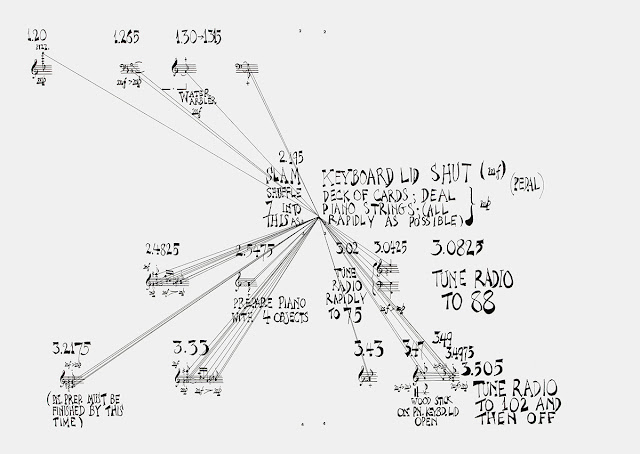 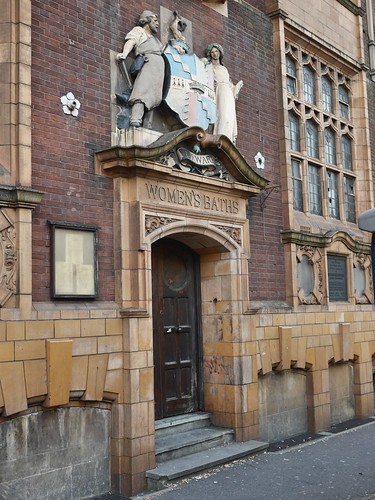 On Wednesday I got completely lost in deepest Balsall Heath to the south of Birmingham when trying to find the venue for the next concert, an electronics improv. night at Ort Cafe in Mosely. Just across the road from the venue is an absolutely magnificent Edwardian public baths. 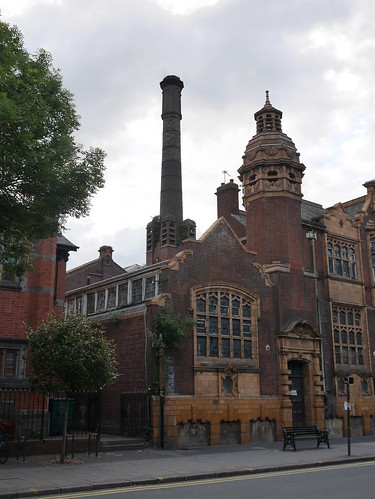 The cafe is nothing like it's website: it is crammed into the side of the semi-derelict Art School and has a rather homely, shambolic feel, which generated a strange excitement when combined with the mess of records and electronics on the floor: 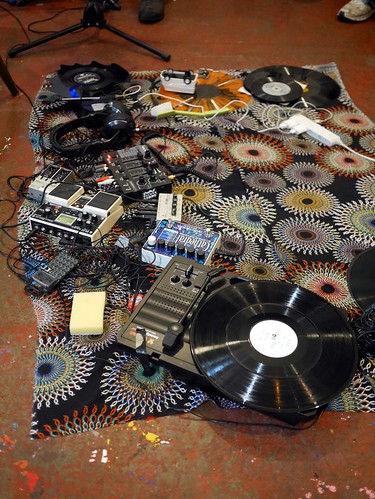 This is the mess of experimental DJ, Slim Vic, who uses a lot of records of spoken word and field recordings to create his sounds. Next up were Duck-Rabbit who use actual field recordings which they have made themselves - in a waterfall and in an old windmill, for example - and then play those live: 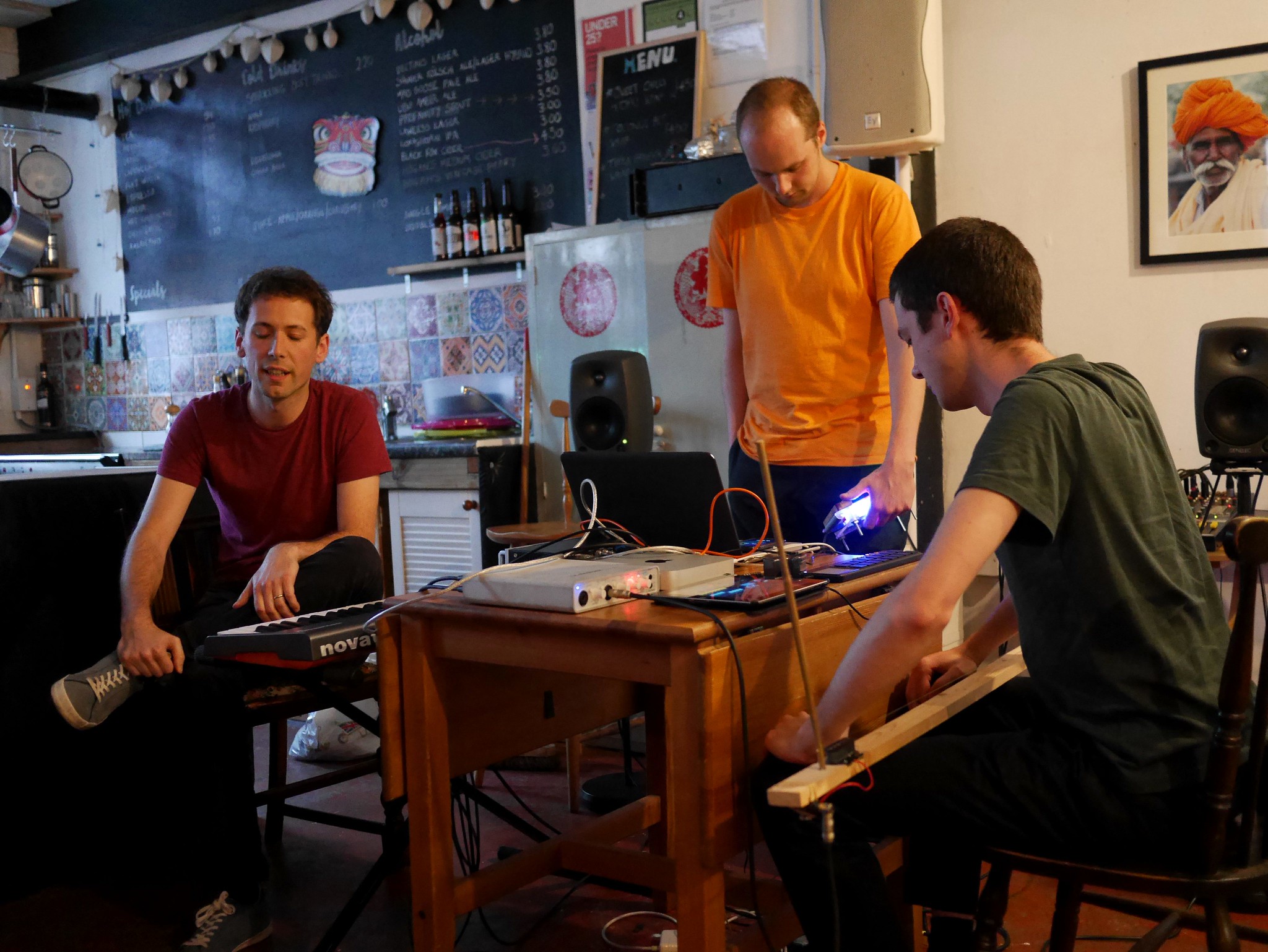 The last act was the remarkable Sound Quartet (assisted by Andrew Woodhead on piano: Andrew had performed a very short slot on his solo hand-built electronics earlier). Sound Quartet are not a quartet but a duo and use live-sampling and sound manipulation in conjunction with reeds. 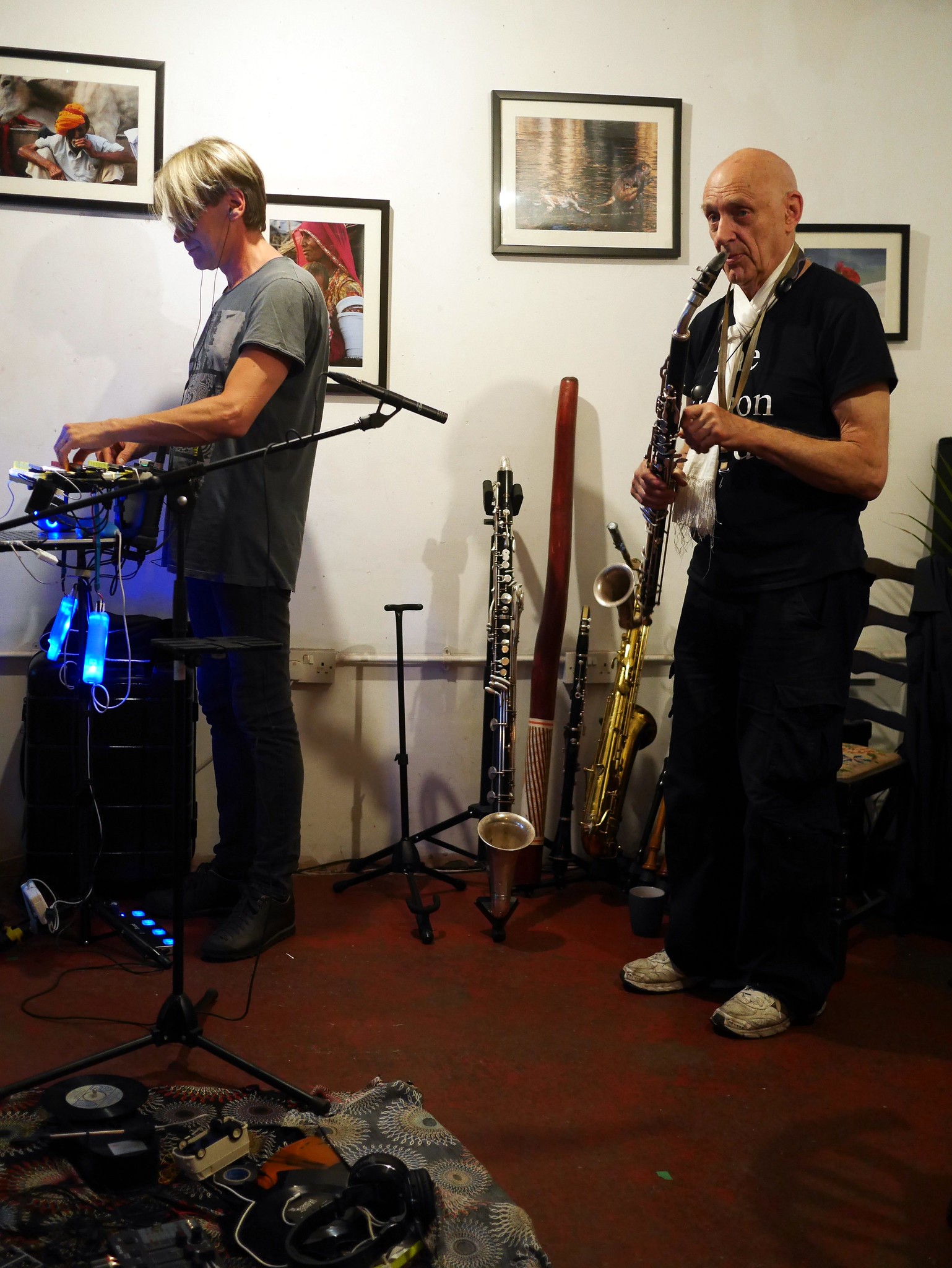 You can hear the sort of music they make here.

Then it was off to Oxford for the British Art Medals Society conference on the theme of "All Must Have Prizes". This was all about the role of prize medals - the sort we are most used to seeing - and the way in which they are neglected as a subject for serious study and collection.

In a way, it is understandable why these medals have been sidelined when this is the standard of "design":

It is almost as if they learned nothing from the aforementioned 2012 Olympics or the 2014 Commonwealth games, with medals designed by David Watkins and Jonathan Boyd respectively:

Oddly,perhaps, the conference kicked off with a very informal session - unrelated to medals - in the Weston Library, part of the legendary Bodleian library in Oxford. 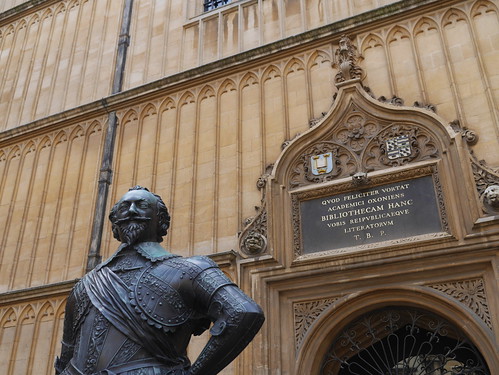 Dr. Martin Kauffmann gave us a 'guided tour' of the Notitia Dignitatum, an illustrated codex from 1436 which details aspects of the Roman administration in Europe from the early-mid 400s. The text itself is obscure but the illustrations are an amazing source of inspiration. 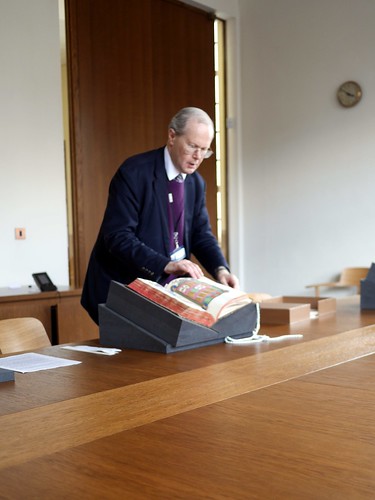 Dr. Kauffmann is everything you could wish from an academic: modest, gently-spoken and so filled with enthusiasm and excitement that he compels his audience to be excited with him and he was the perfect antidote to the post-referendum blues that everyone was feeling as they gathered together for the first time, shaking heads and grumbling. 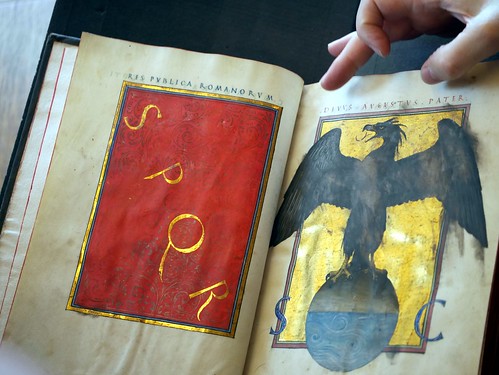 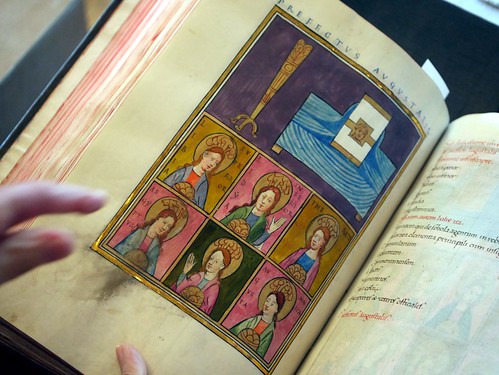 It is possible to see a full copy of the book here.

The conference proper started on Saturday with speakers delivering a fascinating range of talks on the history, sociology and politics of prize medals. By far my own favourite was a glimpse into the world of colonial India afforded us by Shailendra Bhandare in his talk about the culture of medals in Parsee India at the turn of the last century. 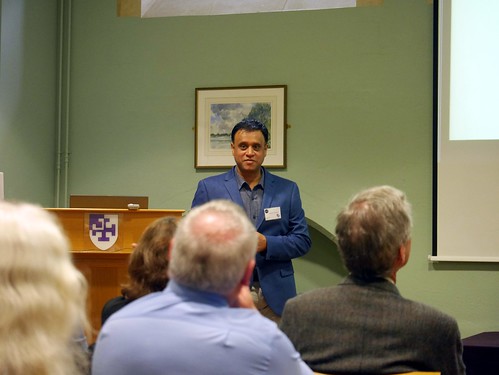 Best of all, there were lots and lots of medals for us to look at and, more importantly, handle:

After a very fine formal dinner on the Saturday night in St. Cross college, we had a practical session on Sunday, making plaster medals with the wonderful Maureen O'Kane. 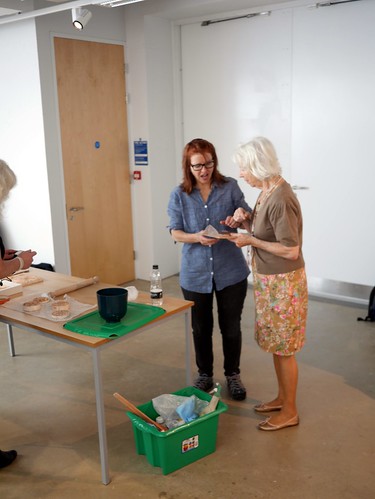 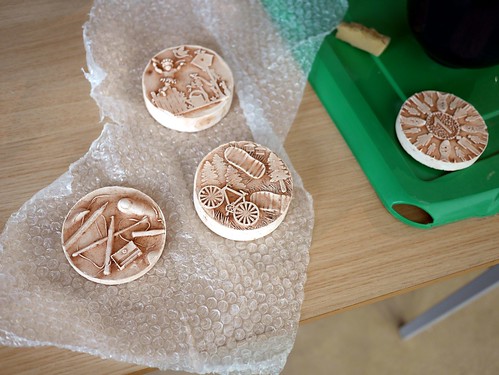 This technique is actually used by medallists to create finished medals, the plaster then being worked on, impressed into clay, filled with plaster and then re-worked until the final model for the medal emerges. 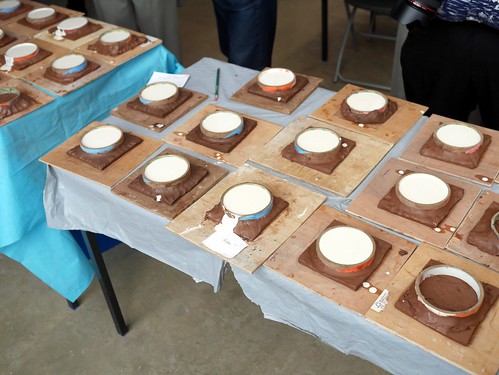 My own medal is 'about' the savaging of the Birmingham Central Library by the city council! 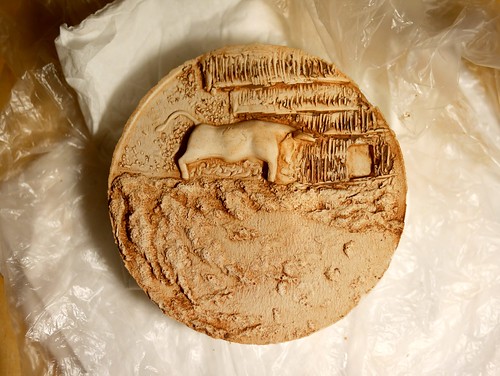 On that subject, one of the delights of being in Oxford, quite apart from the general cosiness and picturesqueness of it all, is the range of phenomenal Brutalist architecture there. I was actually thrilled to be staying in St Anne's College, alas! not in the wonderful Wolfson and Rayne halls by Howell, Killick, Partridge and Amis, but right next door. 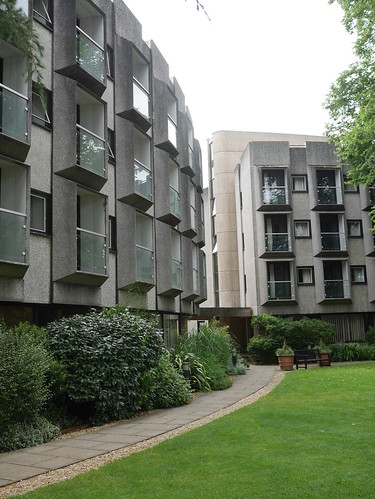 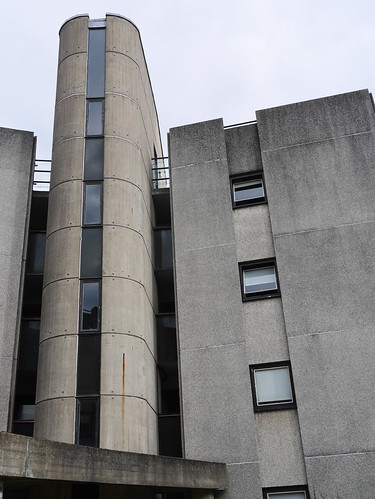 I also had to walk past the amazing Denys Wilkinson Building every morning: 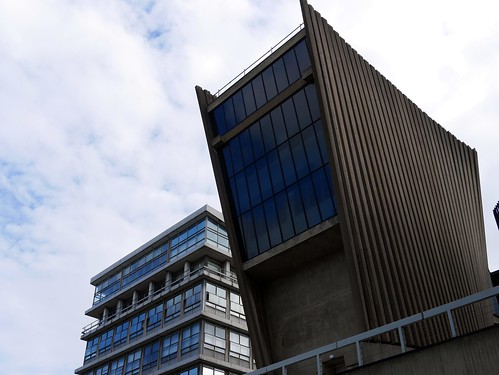 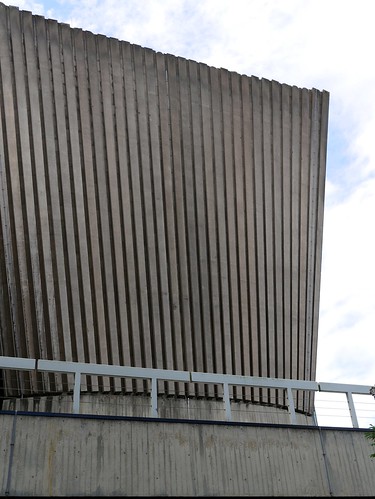 Designed by Philip Dowson and apparently the first Brutalist building in Oxford. The fan-shaped tower was designed to house a large van der Graaf generator for the Department of Nuclear Physics.

Home again and more prosaically, the garden is now in production and from it I made my first salad using only vegetables grown by me! 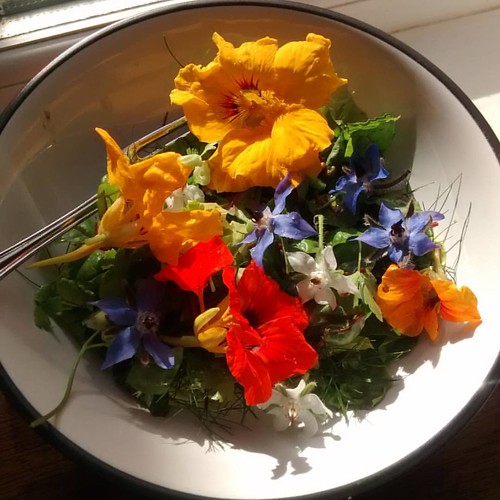