While it is absolutely not the case that everyone who voted to leave the EU is a racist - far from it, I would think - the language of the 'campaign' to leave certainly was racist. Who can forget Farage's appalling poster which shows Syrian refugees leaving their country: 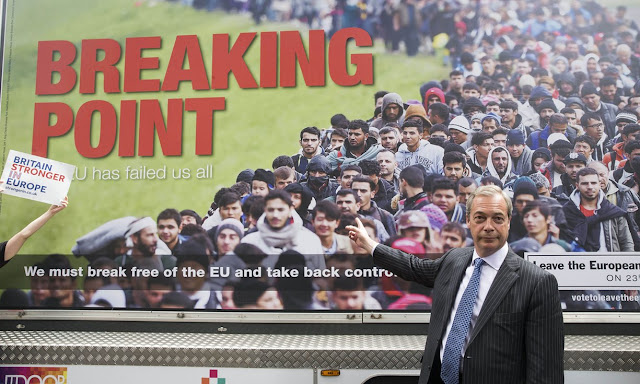 A poster which drew some interesting parallels:

Your new poster resembles outright Nazi propaganda, @Nigel_Farage. Thanks to @brendanjharkin for pointing it out. pic.twitter.com/Rd89XZSvfD
— Connor Beaton (@zcbeaton) June 16, 2016

And which was reported to the police for inciting racial hatred. Which it has done. Or at least, has been directly involved in encouraging racists to speak out and act on their views; what this sort of ghastly rhetoric has done is to make racists feel that it is acceptable to be racist and it is with some horror that I see that there has been a 500% rise in the reports of racial abuse and "hate crimes" since the vote to leave.

Being white, older and male, I've not been party to any of this, of course, so I was brought up short last week when, in a social meeting in the Jewellery Quarter, I was discussing the whole sorry UK/EU situation and happened to remark from my position of liberal privilege that I was disgusted to hear about the rise in racial abuse. The woman to whom I was talking said words to the effect of, "It is good that it is being reported now... I get that sort of abuse sometimes once or twice a week" and continued to explain that this had been going on all her life but at such a low-level that it never seemed worth doing anything about.

I have not been able to stop thinking about this.

When I look at the five candidates for leadership of the Tory party, our new Prime Minister, effectively elected by 0.003% of the population, every last one of them is a fascist. Yes, I really mean that, either in the loosest post-WWII sense and in the strictest "authoritarian nationalist" sense: Theresa May sending a van around the streets of London with the imprecation to immigrants to "Go home or face arrest" - yes, that really happened in the UK in 2013; Liam Fox speaking at the ultra-right Swinton Circle; Stephen Crabb supporting "Christian" organisations which believe they can cure homosexuality; Michael Gove has a terrifying agenda of true fascism, including his cringeworthy narratives of decline; Andrea Leadsom comes out 'best' of all for merely being a super-rich tax-dodger... (Although also a mealy-mouthed moral coward on the subject of same-sex marriage and, alas! a supporter of leaving the EU.)

All this s*** has re-awakened my political fire and I am not putting up with this. The country has been worked over by a bunch of over-privileged private schoolboys who wanted to play at politics and when things got tough they wet their pants and ran away, leaving the big boys free run of the playground. Well, big boys, there are a lot of little boys who hate you and everything you stand for and who are prepared to fight (there is a great article which ends with some tips on sensibly fighting it here). Strength in numbers. Anyone remember Lindsay Anderson's excoriating "If..."?

That's the second John Lydon reference in my blog in less than ten days!

In gentler news, it's been another busy few days in the worlds of contemporary jewellery and gardening. I went to the annual graduate showcase of New Designers again this year where the School of Jewellery swept the board with prizes for Silversmithing and Jewellery from both the Goldsmiths' Company and "Not On The High Street". I had the great pleasure of being with Chen Cheng when she heard the announcement that she had won the Goldsmiths' Prize for Jewellery: 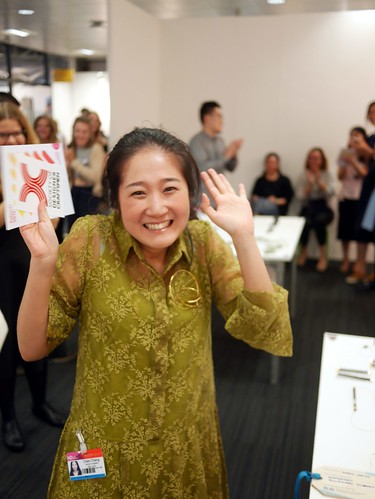 Sheng Zhang won the prize for Silversmithing with his wonderful vessels: 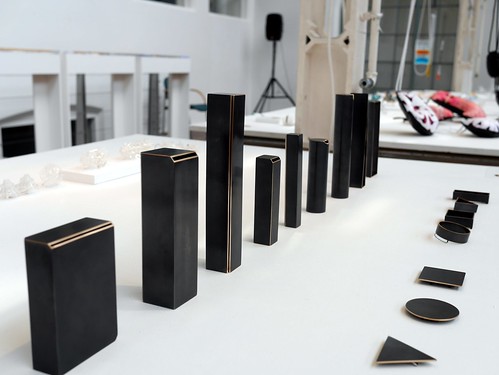 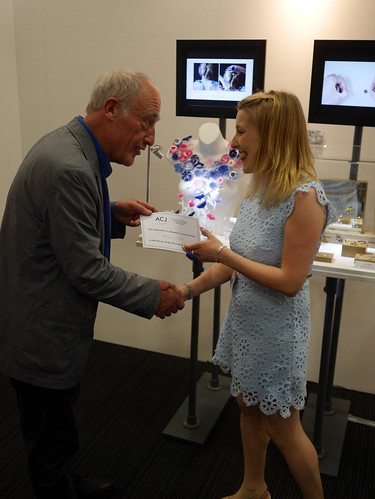 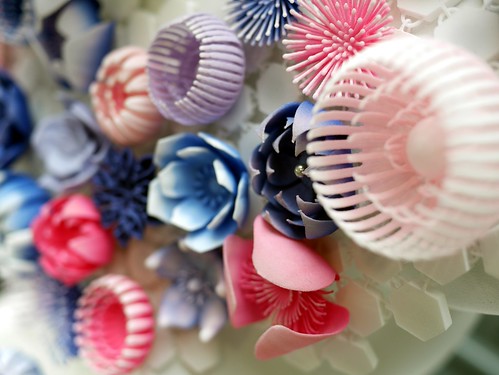 And I suppose in many ways, that is the absolute end of my first academic year in Birmingham.

Boris Bally's "Imagine: Peace Now", of which I have previously written, has made me think about my usual narratives of material and masculinity in a very different way - the Orlando gay nightclub massacre happened shortly after I began work on the piece, giving it a new resonance - and what was originally a humorous look at the macho world of 1970s identity bracelets became something of a vicious attack on the rise of a more toxic masculinity, a masculinity which seeks to assert itself by putting down anything which is not "masculine" - of course it is more complex than this but the essence played into the production of the pieces I decided to make for the ACJ 2016 Exhibition, an open, selling show called "Choice!". This week saw me complete my "Seven Macho Bracelets": 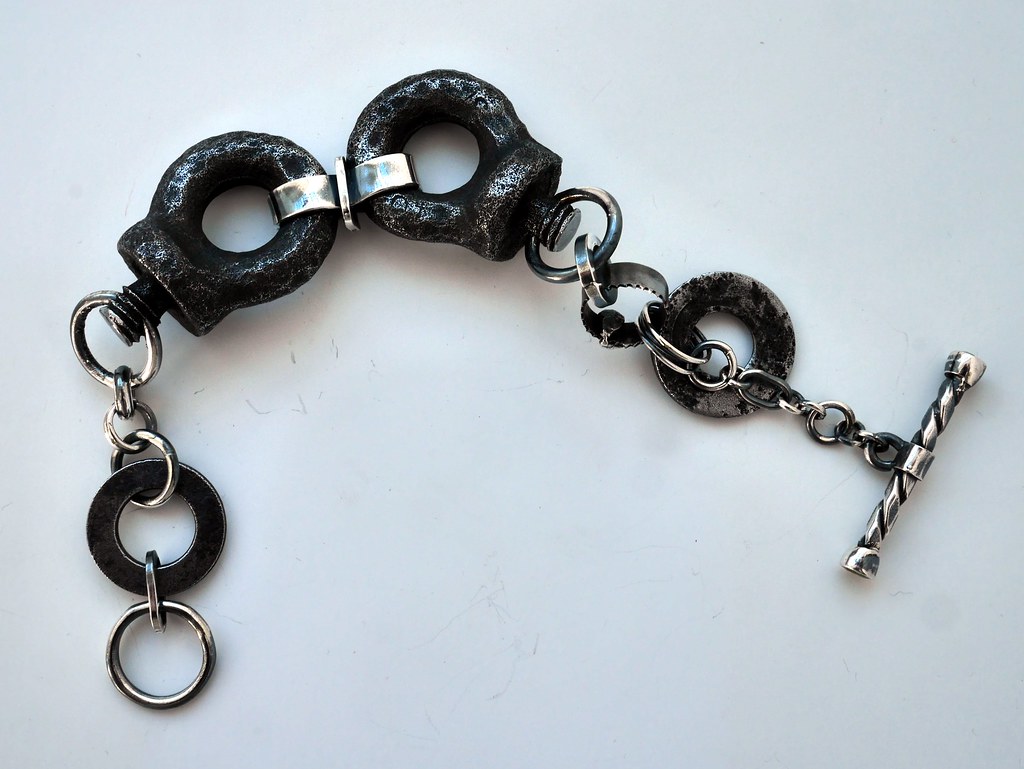 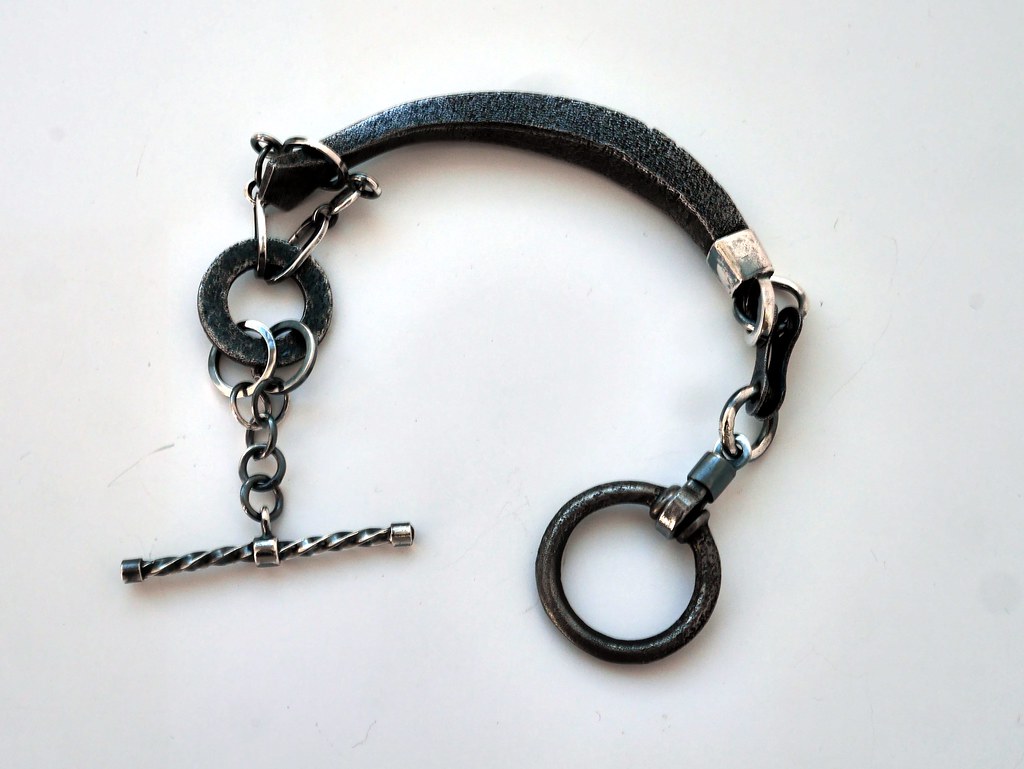 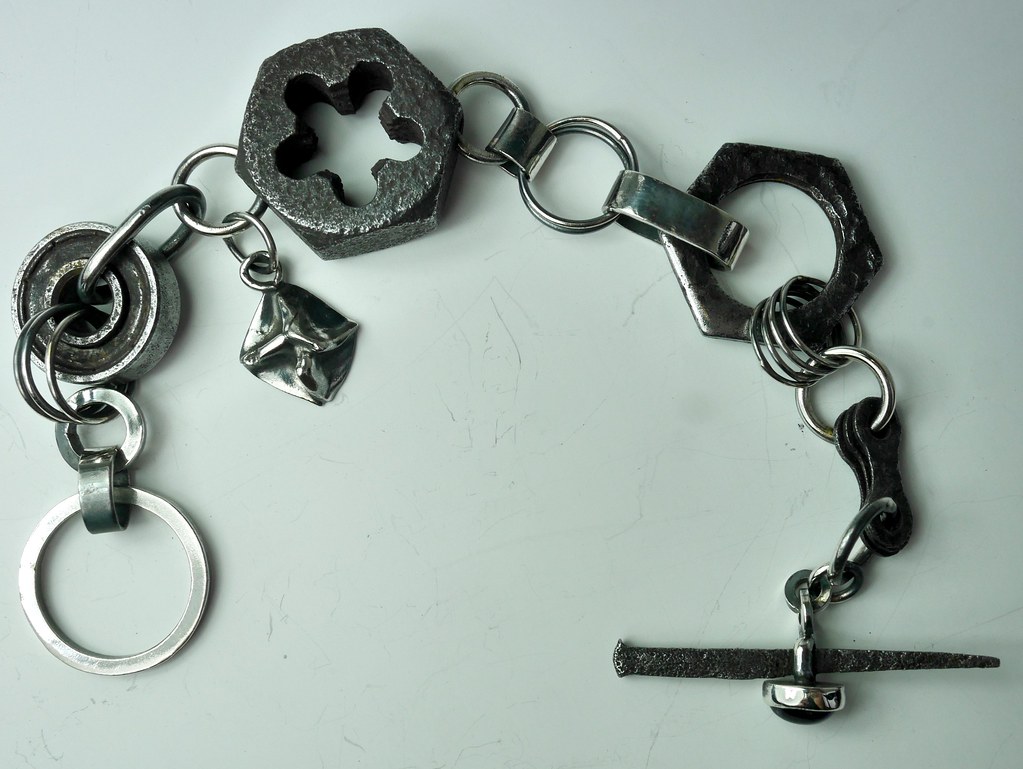 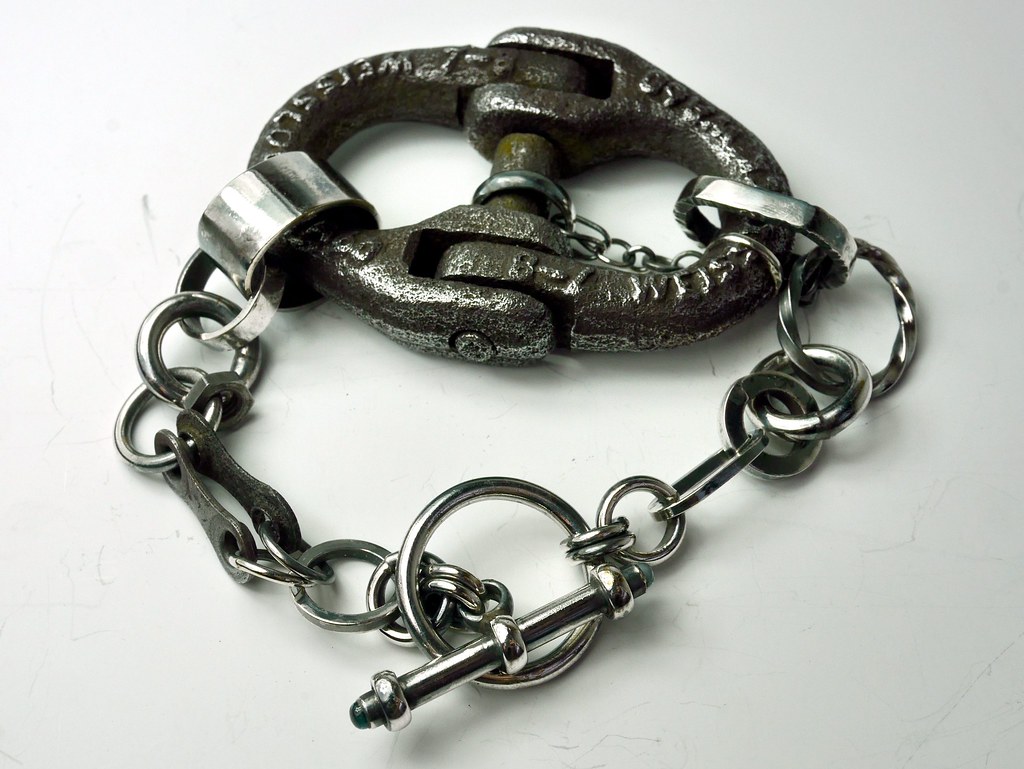 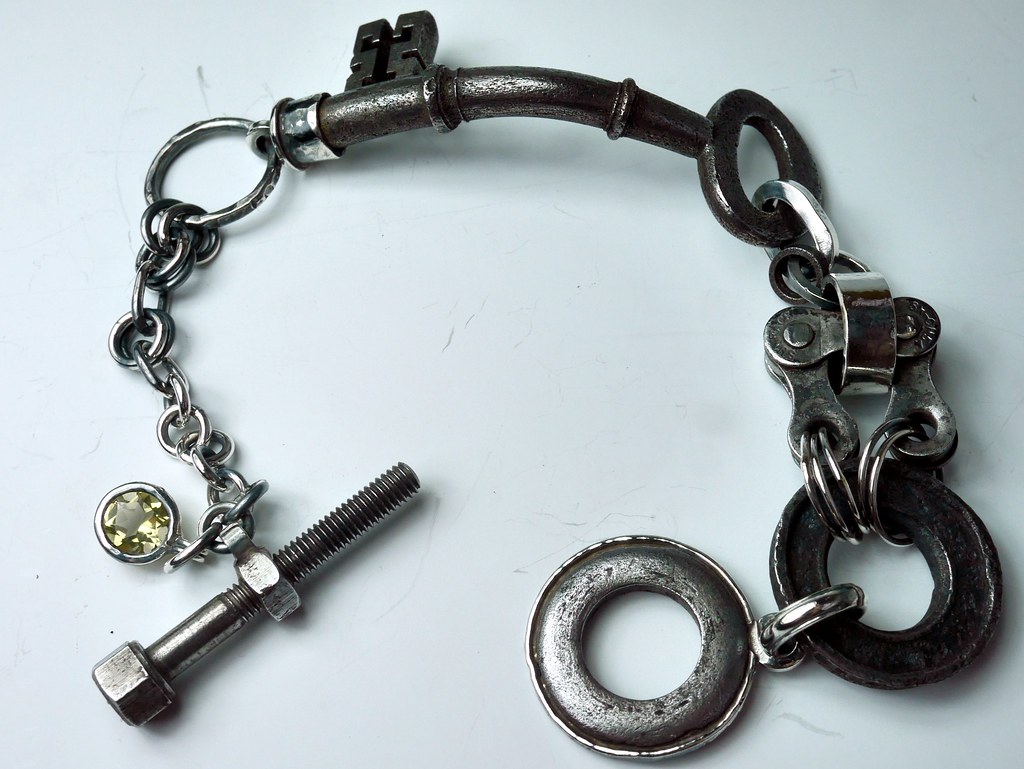 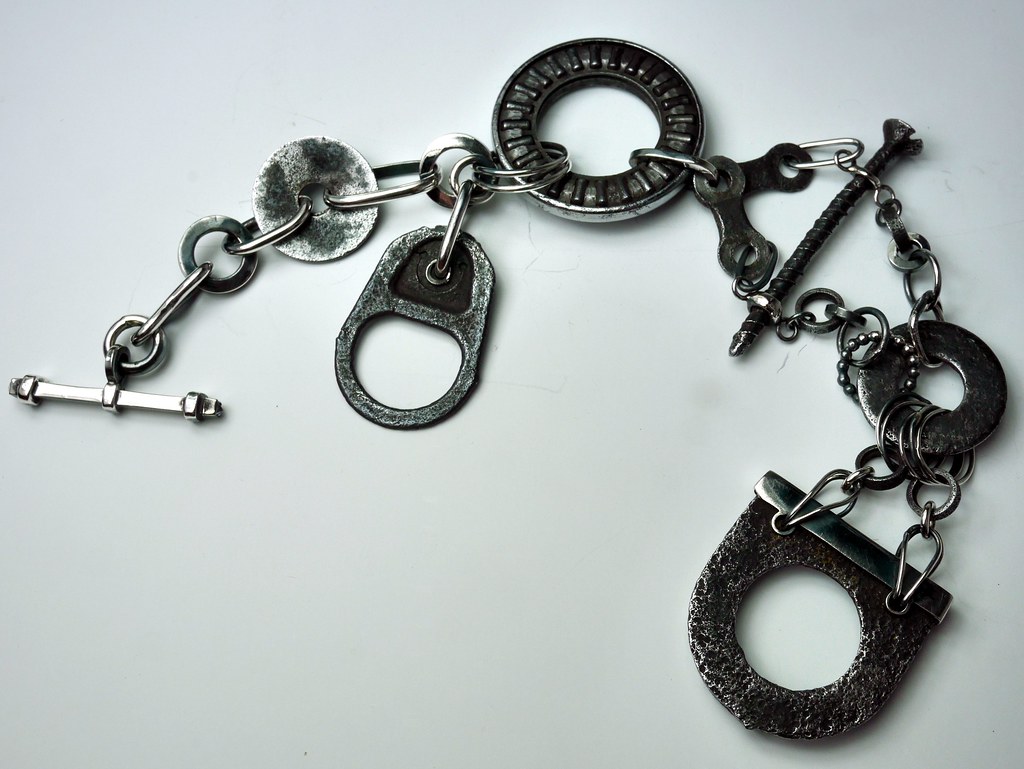 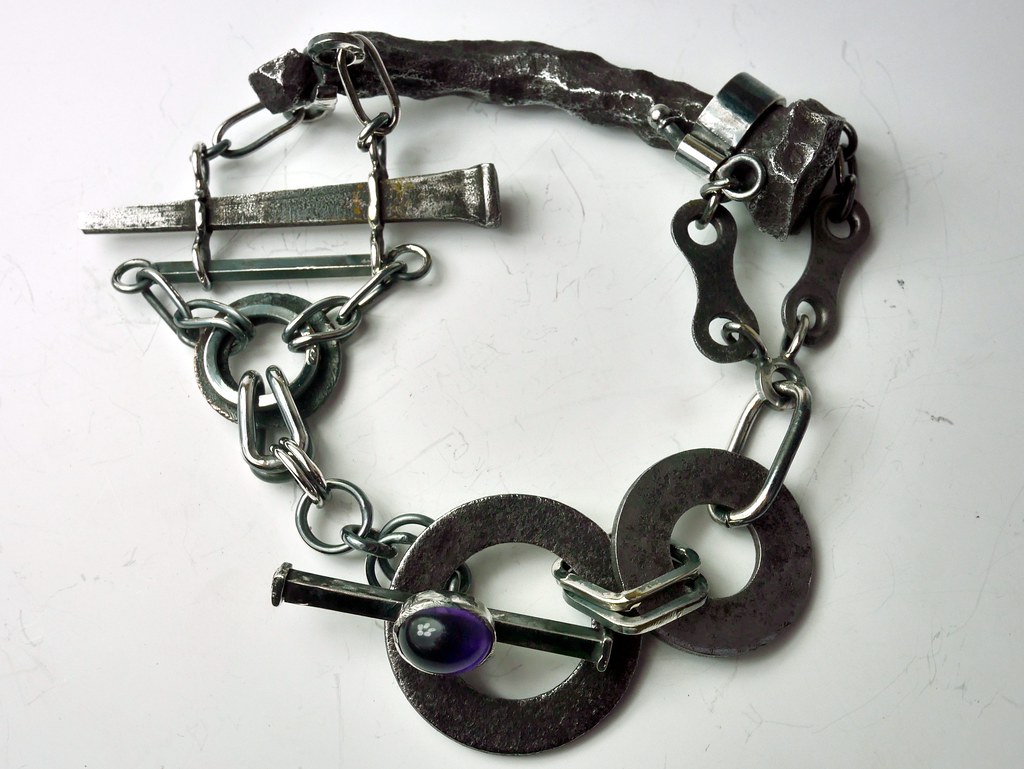 These bracelets are deliberately rough and elemental. I have done almost nothing to the found metal and the use of gemstones is minimal (each one features gemstones on the toggle-clasp) and they are named to exploit the curious tendency of the swaggering British male to use euphemisms: "Nailing, Screwing, Poking, Reaming..." Perhaps a fear of naming something about which they are so desperately insecure.

Found out today that I had won a prize in the "We Are Bearwood" front gardens competition for the radical refurbishment of my garden into a decorative vegetable plot which is also a haven for bees. The before and after shots are very pleasing! 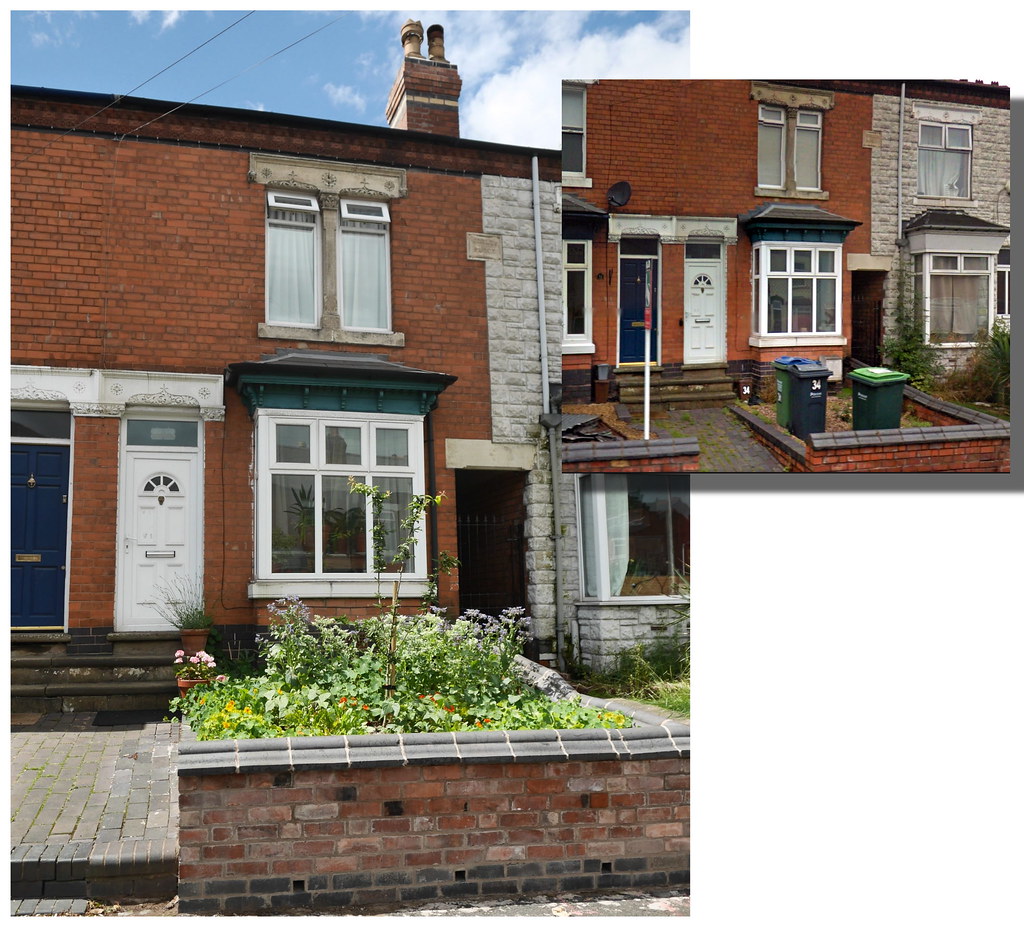