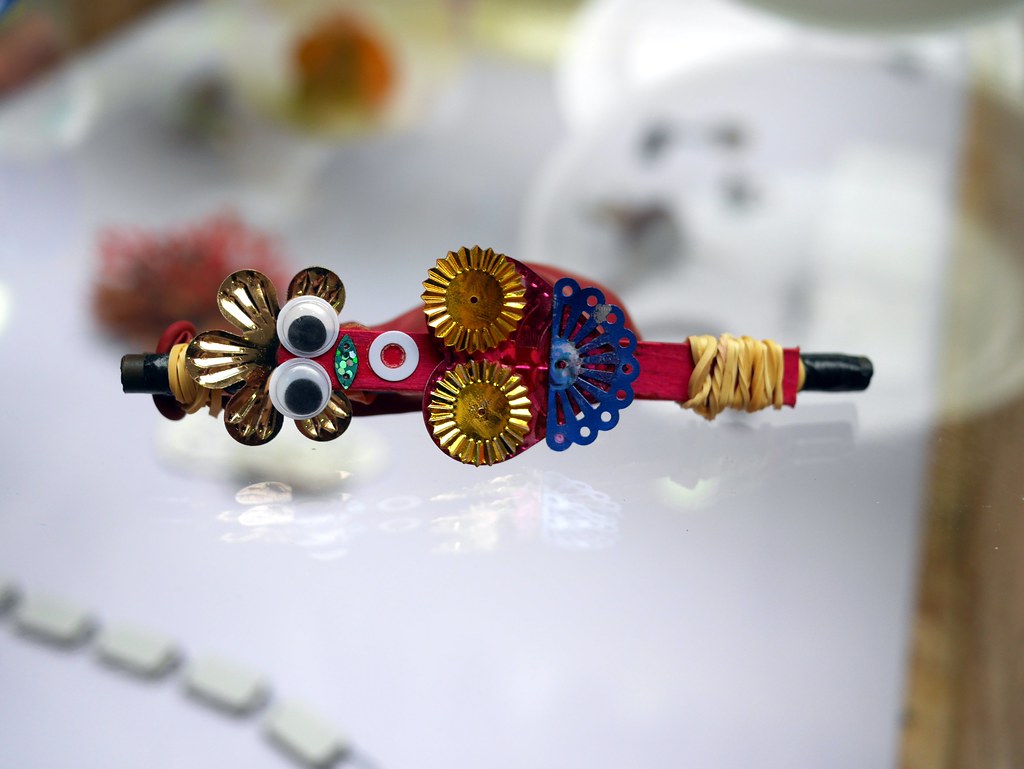 It is that time again when the School kicks off and the eager new-starts arrive. We've just completed our "Welcome Week" in which we get the new first-year students into the way of the School of Jewellery.  As happened last year, our very loud colleague, Andy Howard, arranged the ice-breaker, a challenge to use common objects to build a machine which would traverse the atrium at the School and this is really just an excuse for a certain mayhem... The object above is the rather lovely winning entry, which sailed with ease over our heads to a length of 17m, launched with a balloon and running along a zip-wire: 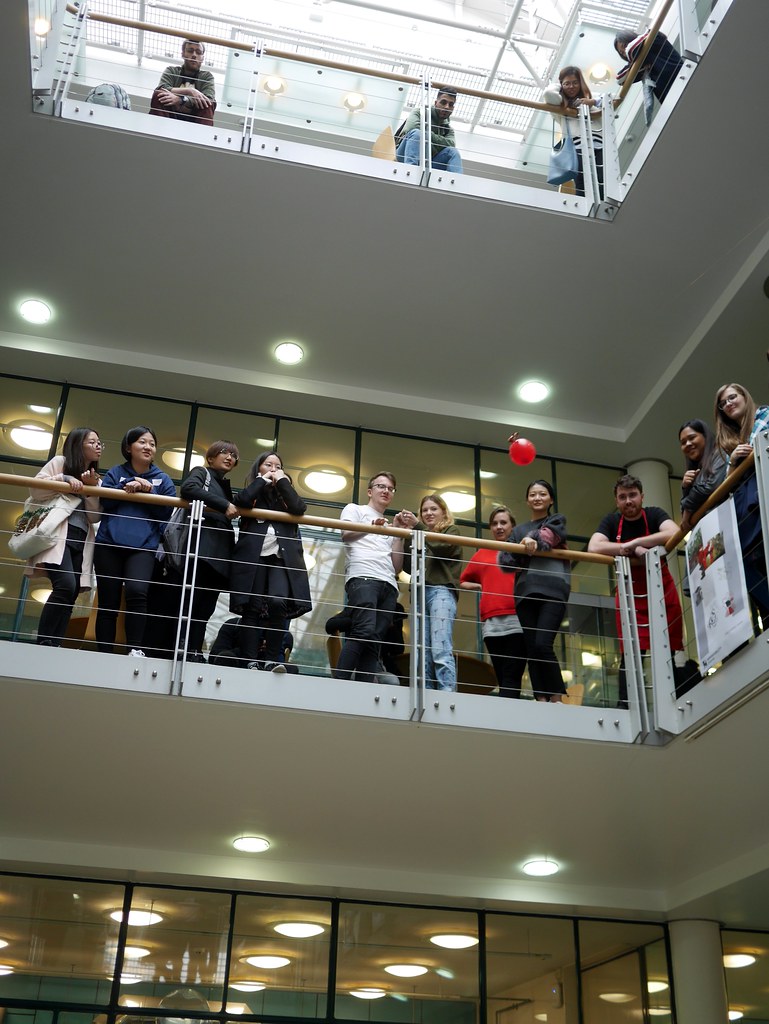 There were some excellent solutions: 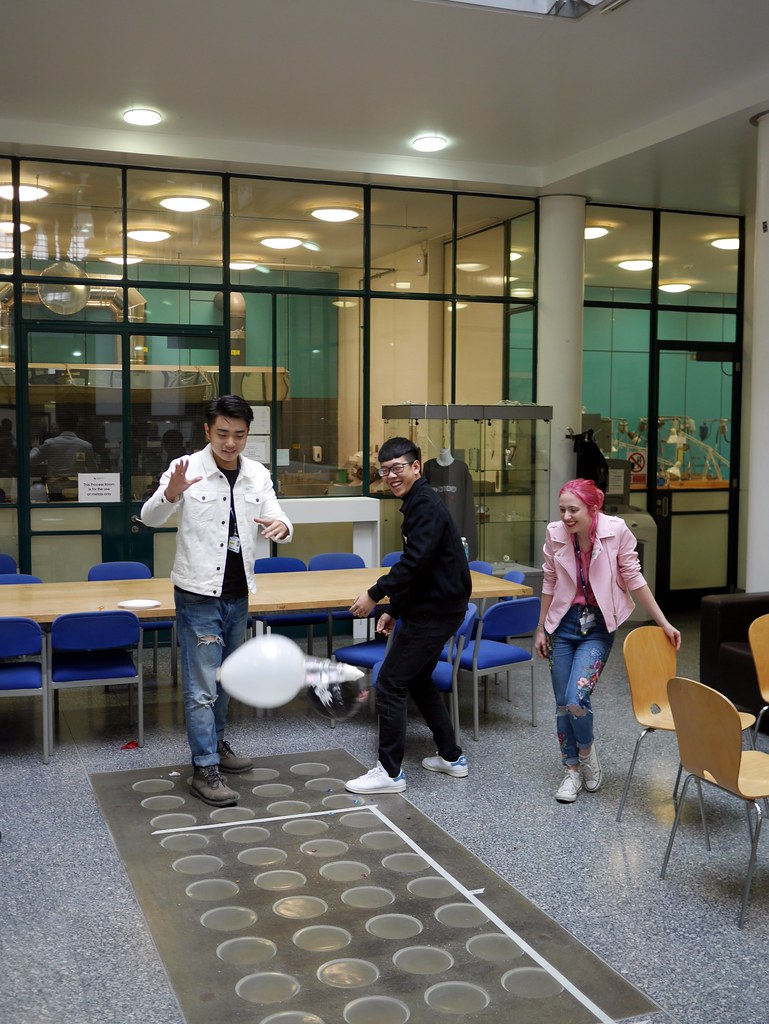 And, of course, if all else fails, BOOT IT! 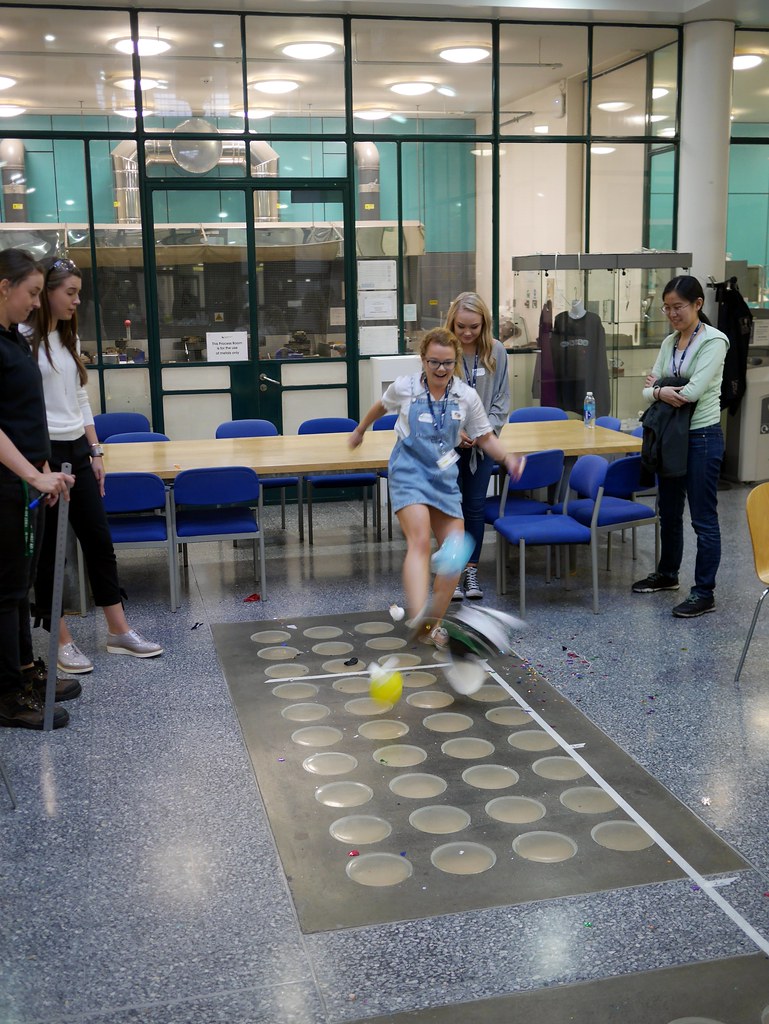 I don't think the cleaning team were very pleased with the residual glitter and sequins, but it was great fun.

Starting education in earnest on Monday.

A fairly relaxed weekend at events which are being held around the city for the "Birmingham Weekender", a biennial free culture event, which is great. It is hard to believe that the last one was a full two years ago, three weeks after I moved here.

I'm going to apologise in advance for the fact that most of the photographs which follow are taken on my phone: the battery on the camera ran out on Saturday when I was touring the events.

Things kicked off on Friday night with (Bowie collaborator) Tony Oursler's "The Influence Machine" in Cathedral Square, a multimedia installation which used the square to talk about the influence television has on the culture. I am not sure it was successful and was best categorised as 'interesting'! Elements of it looked very good indeed: 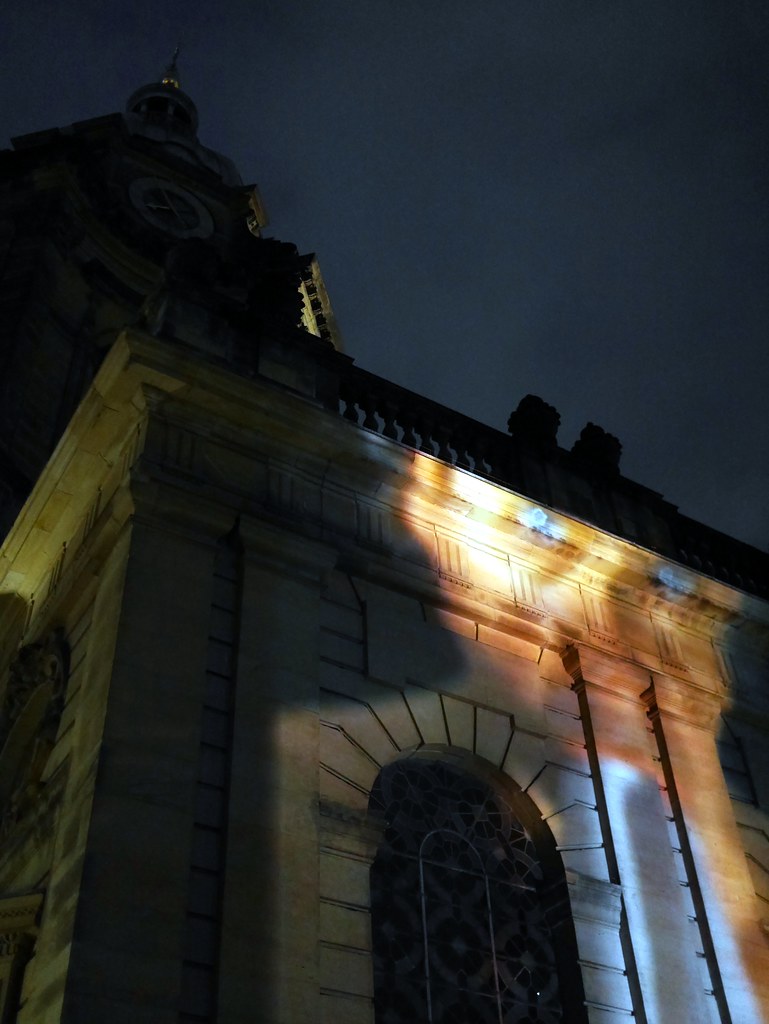 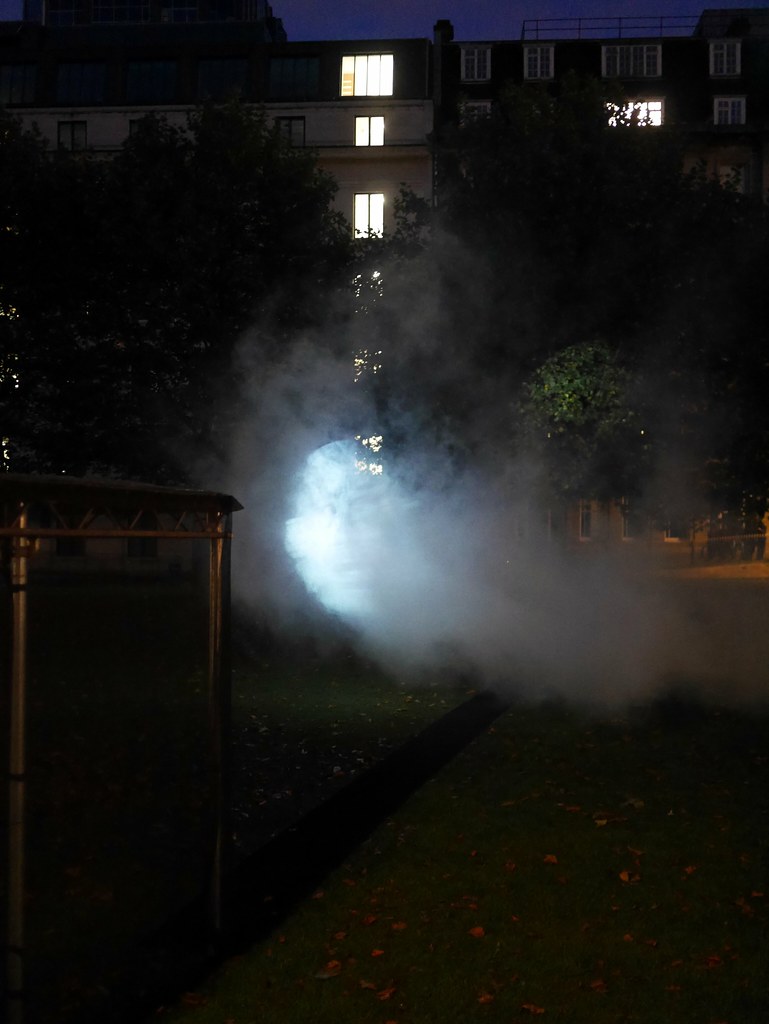 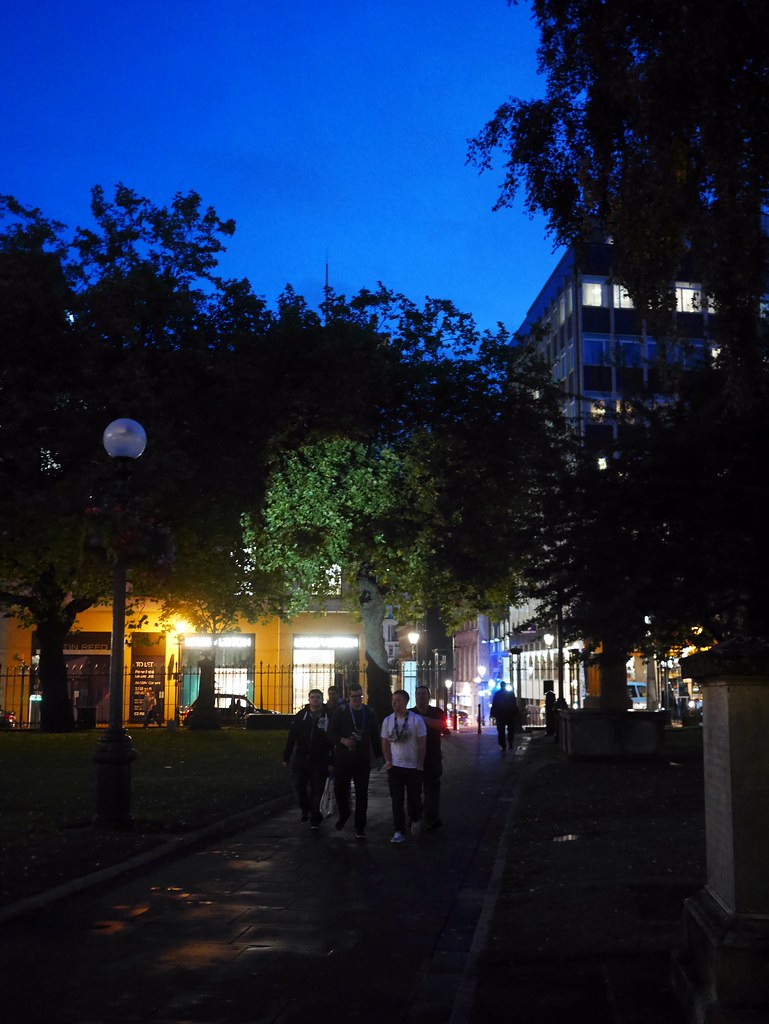 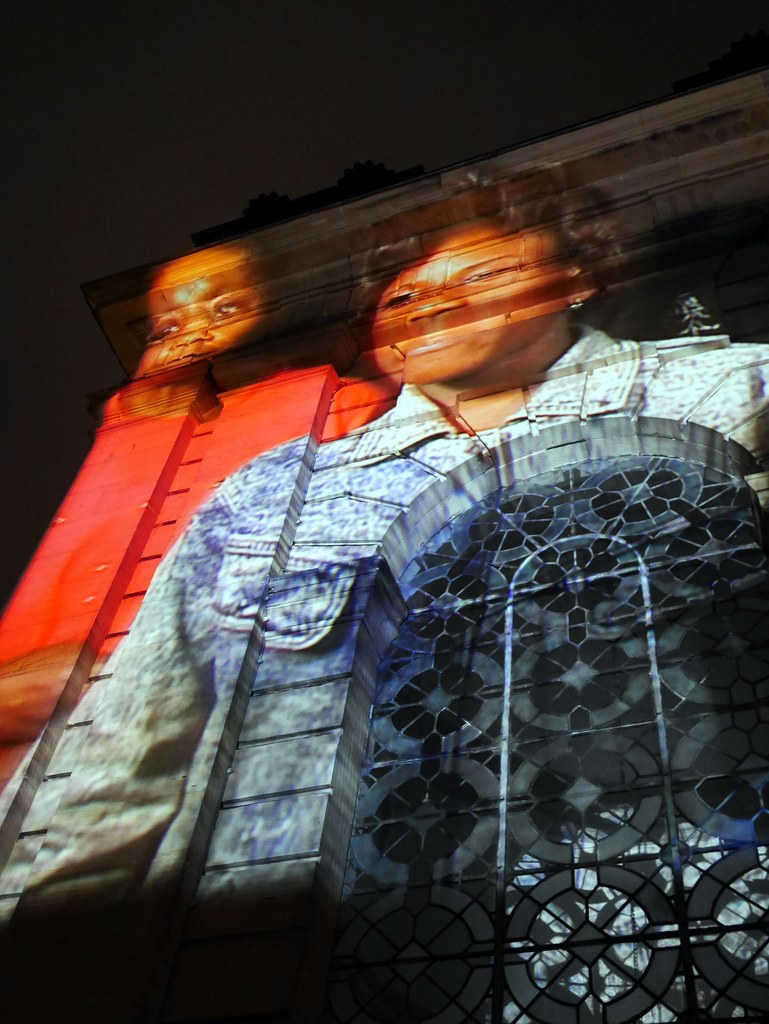 On Saturday, I headed off to town to hear the marvellous Birmingham Opera perform three very short operas, new commissions especially for the festival. First up was the remarkable Alison Rose, singing "Freedom Bridge" by Susanna Self. This was performed in the most bizarre setting of a corporate shopping centre, "The Mailbox": 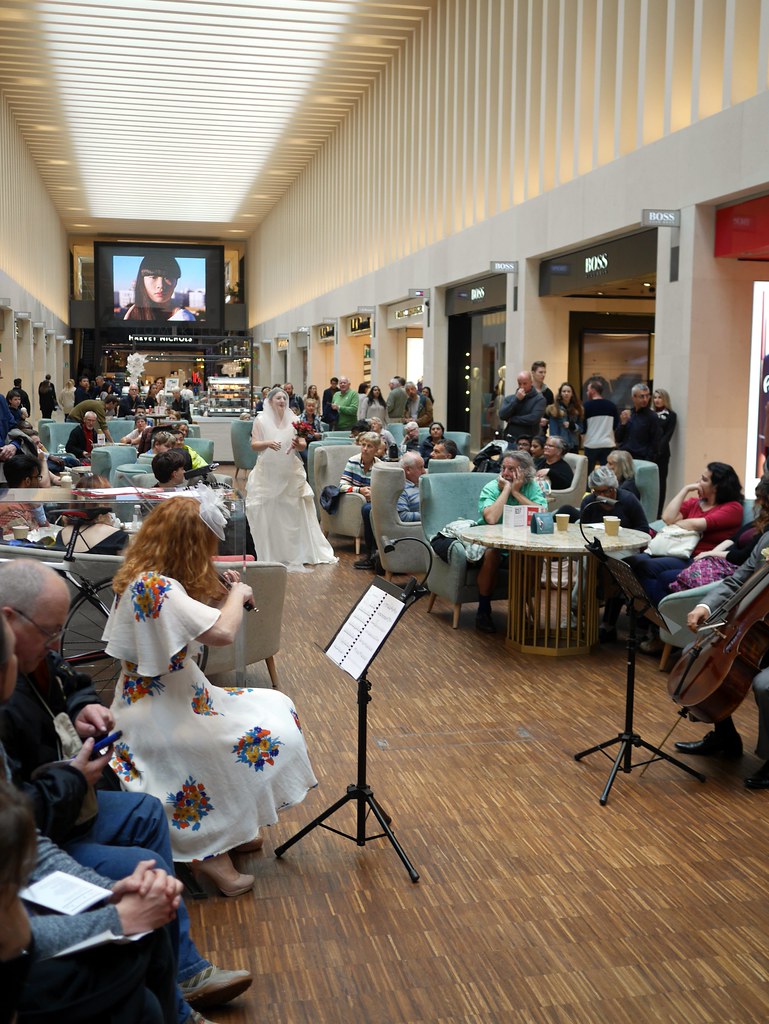 There were a good number of opera fans there for the event but there were a lot of casual passers-by who didn't quite know what to make of it! 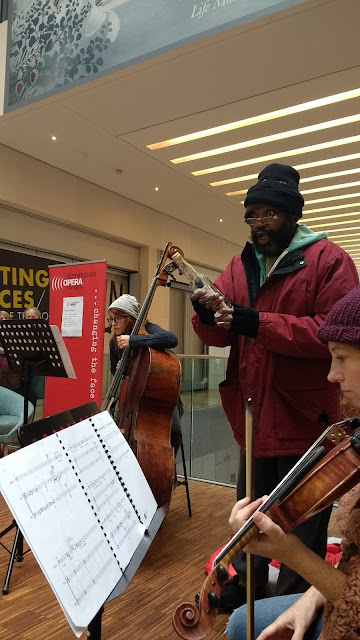 And the amusing "Hi Sam" by Yfat Soul Zisso, sung by Maureen Brathwaite: 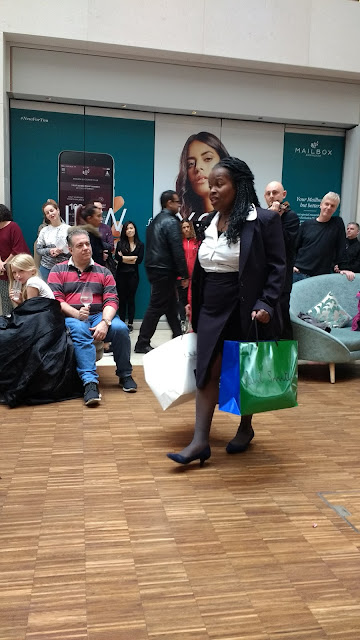 After the operas, I whizzed along the canal to hear the Birmingham Contemporary Music Group perform "Canalside Serenade", a strange piece for canal-boats, musicians and two other luminaries of the Birmingham experimental music scene, Ex Cathedra and BEAST. 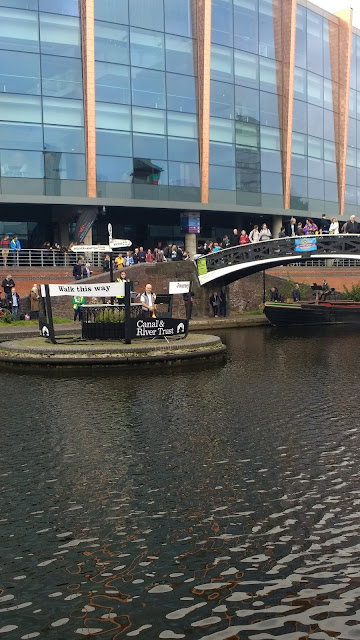 The performance was a bit shambolic and beset by technical issues which meant that it was difficult to hear certain sections of the work: a great shame. The bits I could hear were great and I particularly enjoyed the choir chanting some of the notices and signs to be found along the canals, as well as the domestic percussion! 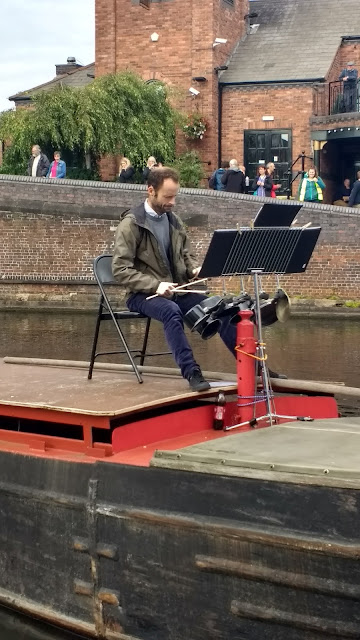 The evening was filled with "Clash of Drums" in the East Side park, an event of Bhangra with the Lions of Punjab Bhangra group followed by a face-off between two percussion orchestras, Les Commandos Percu from France and Deabru Beltzak from Spain.

The Punjab Lions were full of enthusiasm and having fun with their dancing, there was a lovely sense of the pleasure they were getting out of the music and their individual personalities influenced how they worked within the ensemble. 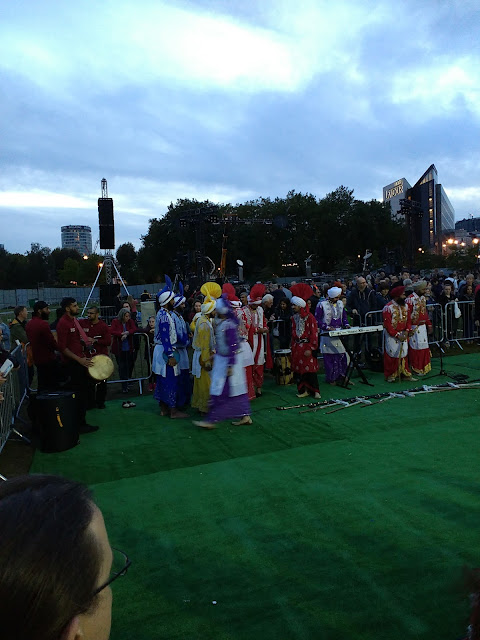 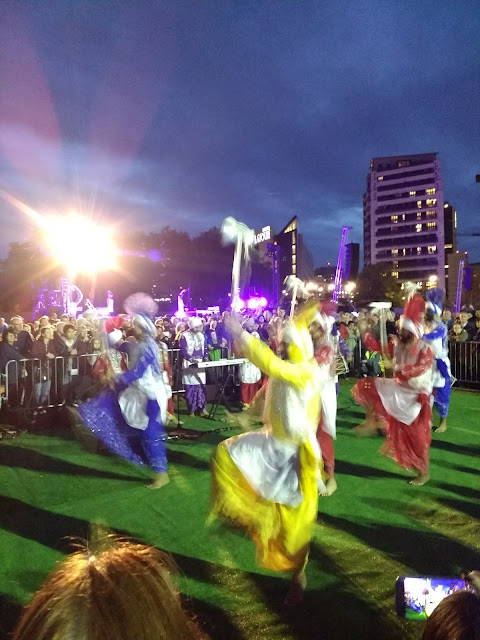 They ended their set with a mass dance! I think it might have been meant only for the children but ended up with about half the park joining in... 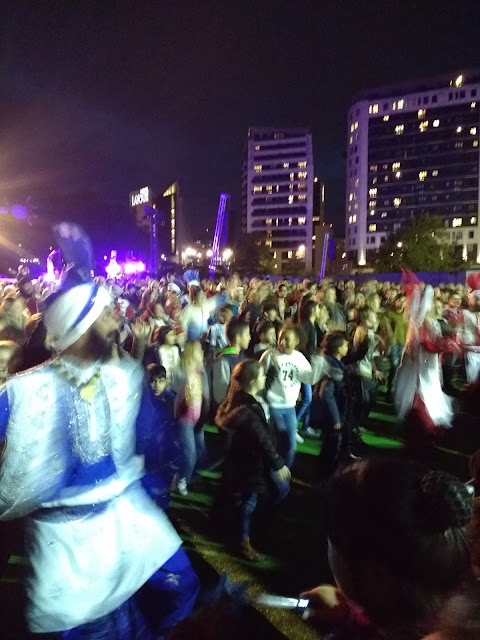 The following percussion and firework event was quite other: much more dangerously playful and was really a kind of fireworks concerto, where pyrotechnics were woven into the performance as much as sound as spectacle: very exciting indeed. This is the troupe at the end of their set: 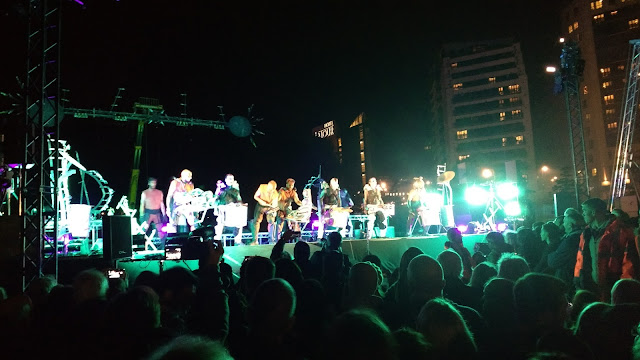 Here is a video of them performing in Skegness to give you an idea of what they do:

This evening, I am off to the Town Hall for more Punjabi music, this time the devotional Sufi singing of Hans Raj Hans. If this is anywhere near as thrilling as the singing of Rizwan Ali Khan (whom I saw earlier this year - read about it here), it is going to be another excellent night.