Yes. I bought a 2-seater Smart Car! It is SO good. We were all over the country this summer and unlike the old car, the air-conditioning works in this one. Also, it doesn't leak when it rains.

Started off in Brighton - of course - and a trip to West Dean to see Bob Ebendorf there, in excellent spirits as always and so good to catch up: 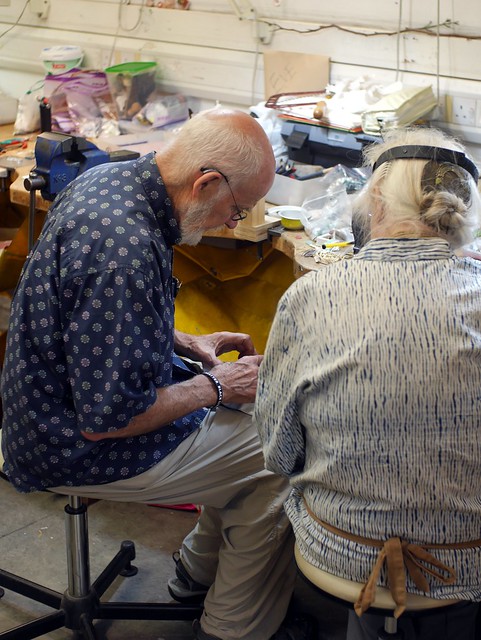 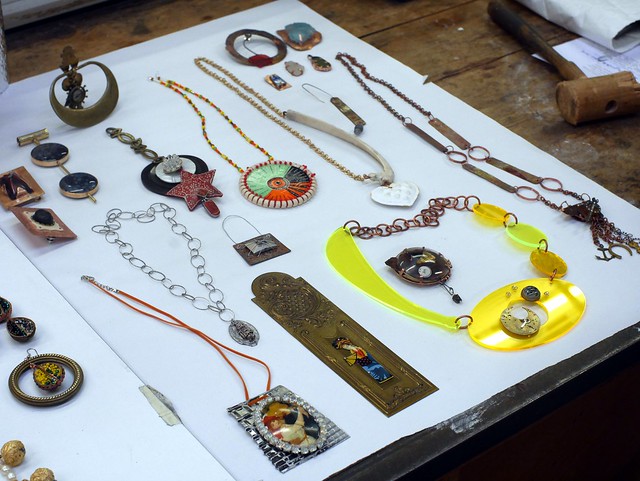 We then headed off to Bristol for an ACJ meeting, then to Scotland to see my mum - an event which found us staying in the worst hotel I have ever been in - and travelled back in a leisurely fashion, visiting towns in the borders which I had been to when I was much younger and had not been back to since. Places like Moffat, famous for the sour toffee: 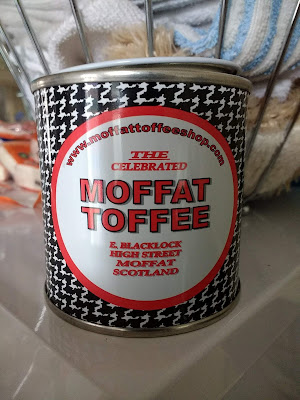 and the sculpture of a ram in the high-street: 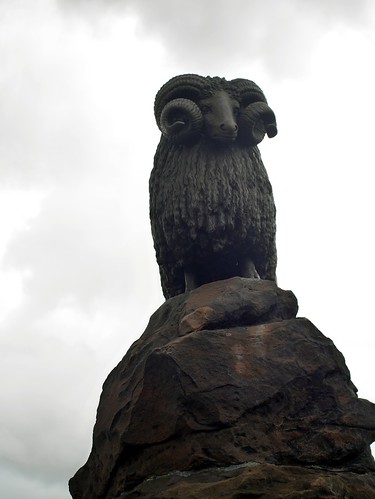 Unlike the baking hot weather which had preceded the holiday, this dull grey followed us around the whole of Scotland. The rest of the summer was spent in Brighton and Birmingham and the usual nonsense: 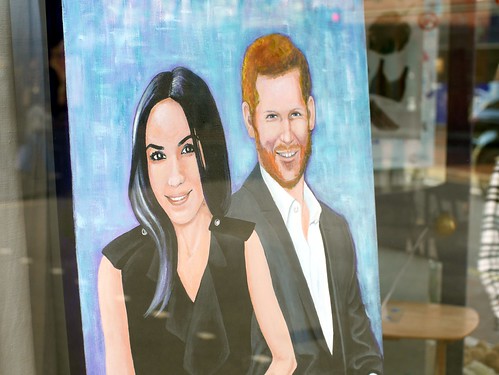 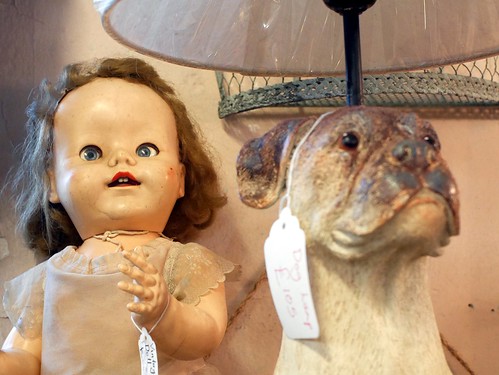 First thing back at work - after the 300+ emails - was the MA Jewellery exhibition which included a recreation of Bjork's "swan" dress in thousands of Iceland shopping bags: 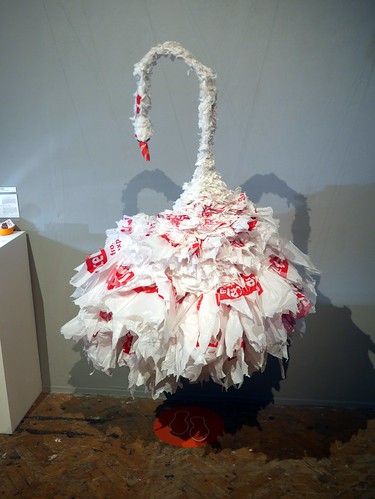 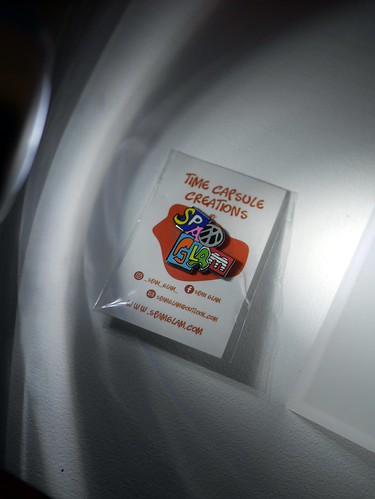 Also featured was a video with none other than Phil Jupitus being turned into a monster by Chloe Henderson: 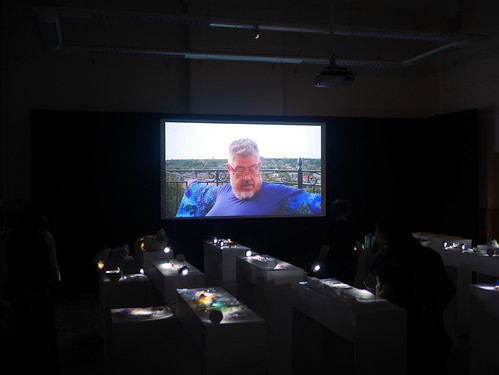 Bridie Lander and I had fun with the sleep inducing wearables by Yueshang Wang: 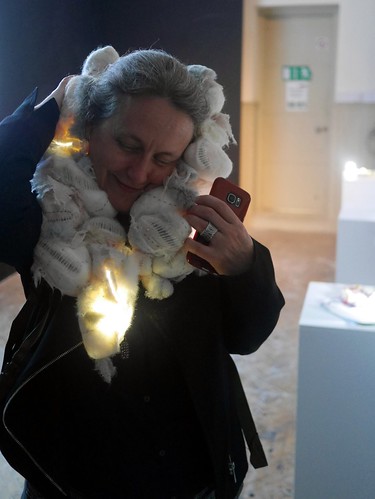 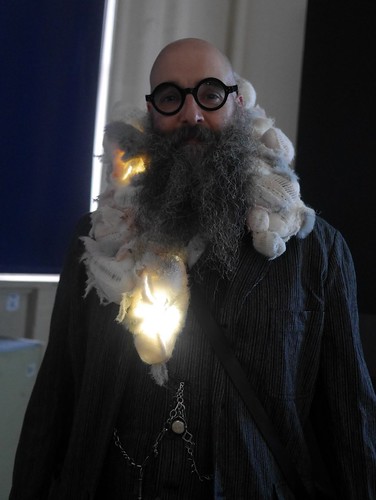 My own favourite work was environmental, with Jingyao Sun's work made from dead leaves: 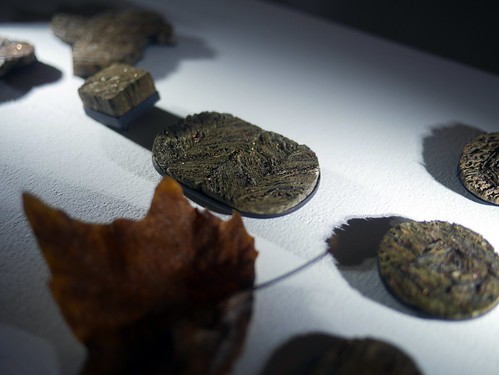 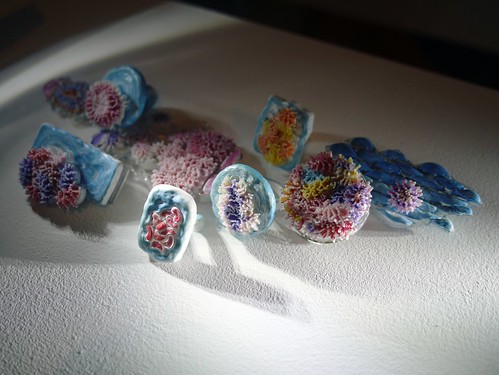 Both really looking at the transformation of the materials.

A very brief trip to Lichfield, which is lovely, to visit a magnesium casting plant. I've not been to Lichfield before and will take a longer visit soon. The mediaeval cathedral is incredible. 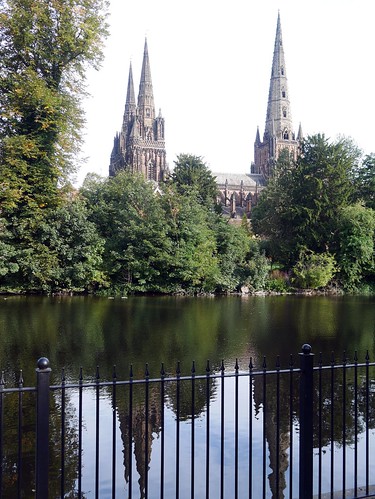 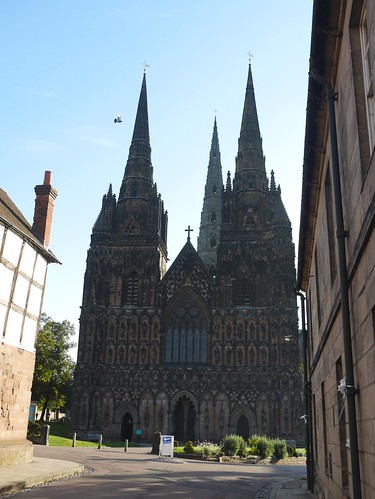 I particularly enjoyed the "Kings of England" arrayed across the front!

A very quick visit to see my old colleagues in Glasgow at Glasgow Kelvin and City of Glasgow colleges (it rained, of course), I was horrified to discover that the awful bronze statue "The Spirit of St. Kentigern" which used to sit in Buchanan Street and which my friends and I referred to as "the flying jobby" has reappeared. I was delighted some years back when it disappeared and I imagined that the ugly sub-Henry Moore had been quietly retired but it is back: 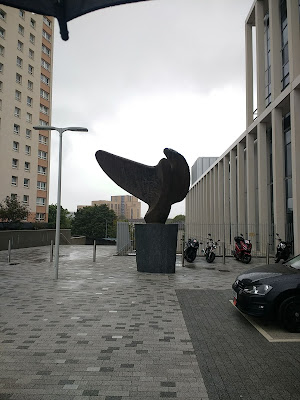 Tucked away in the car-park at the back entrance to the City of Glasgow College. Not sure what the college did to deserve this. I still think it is hideous but my art-critical language has improved since I was 14!

(The sculptor was one Neil Livingstone, about whom I can find nothing.) 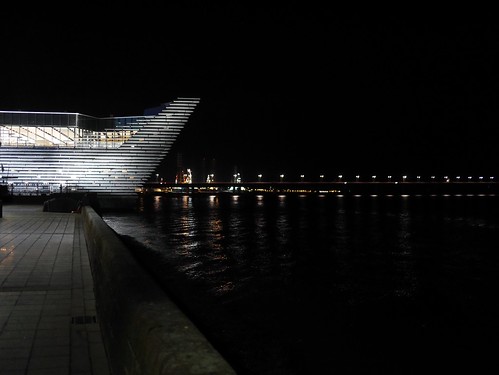 Opening night at the new V&A in Dundee.

I was on my way to Dundee for the Handmade By Machines conference, held in Dundee University, where I was presenting a paper on "Technofreaks and Technophobes". The conference was excellent and saw an expansion of the event from an exhibition some ten years ago to an exhbition and symposium in 2013 and now this major event with an exhibition at the MacManus arts centre.

The programme was really varied with friends and colleagues, as well as new speakers. Sandra Wilson kicked us off with her researches into retrieving precious metals from mobile phones, a project in which she is collaborating with Edinburgh University department of chemistry: 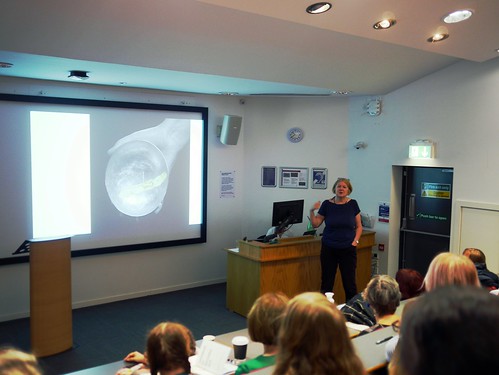 We heard presentations from a wide range of makers, mostly about their practice. Antje Hiller spoke about her work using digital technology to make medical products more appealing: 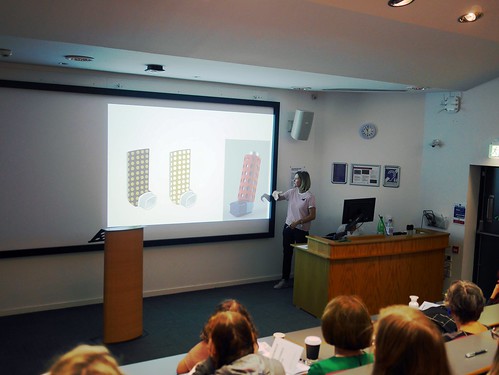 Bin Dixon-Ward spoke about her concept of "digital cities" and how grids in her work reflected some of this: 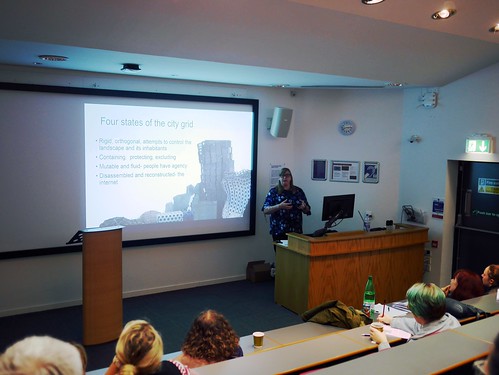 The coup of the event was definitely getting Wendy Yothers to come over from the US to talk about her practice and meeting her for dinner afterwards was the highlight for me.

My own talk was not about making but about the philosophy and politics of technology and how we should be thinking about teaching it. You can read it here.

The exhibition afterwards was excellent. 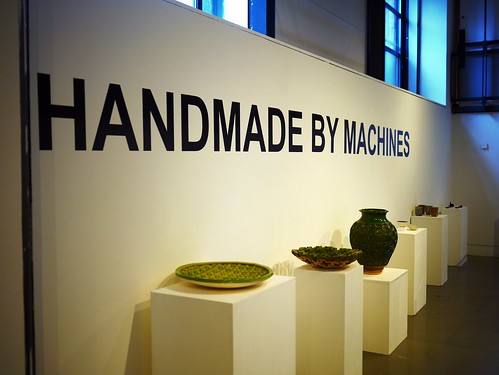 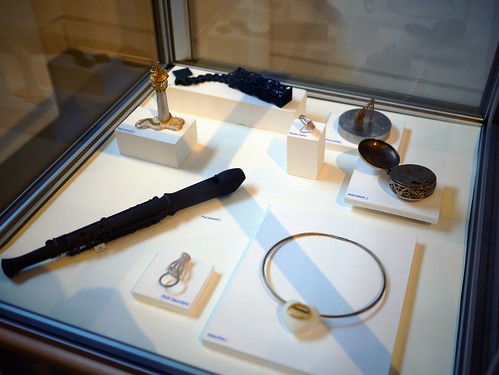 New students have all returned. We had an amazing ice-breaker this year where they all had to turn newspapers into wearable costumes, working in groups. The results were amazing! 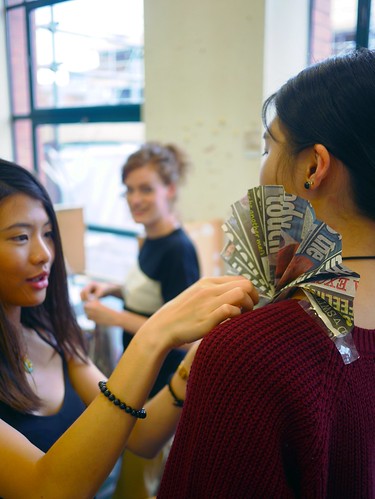 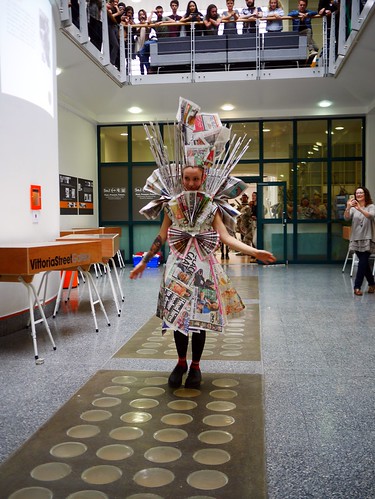 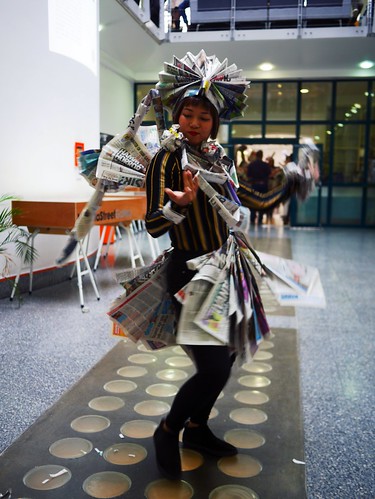 Here is a video of the final parade: 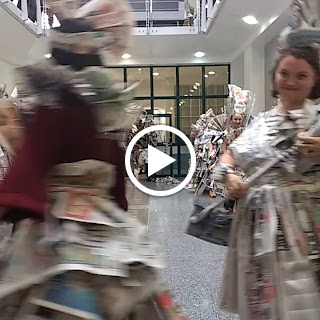 It was also time for our unique programme, the BA Jewellery and Silversmithing Design for Industry (DFI for short) to celebrate 10 years since it first began. This is the course which was so good that we stole the idea when I was still in Glasgow: convert a 2-year HND qualification into a BA with a 1-year technology- and business-based course. It's been run by Claire Price since the outset and it has produced some very well-known makers.

It was lovely to see so many people from the industry turn up for the reception: 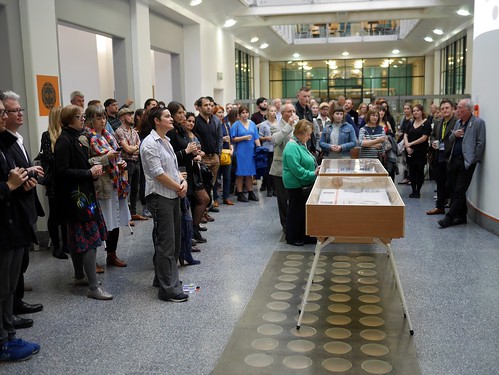 I think that they were most impressed that Claire had laid on Gin & Tonic instead of the usual wine!

FINALLY! Took a trip to London with the new students this week to see the legendary Goldsmiths' fair. Unfortunately, I was so engaged with talking to people (Chris Boland, Jonathan Boyd, Susi Hines, Steph Holt, Hazel Thorn and Lukas Grewenig were all there) that I forgot to take many photographs.

Kevin Gray introduced me to the pleasingly eccentric Ryan McClean who shot these beakers out of a cannon: 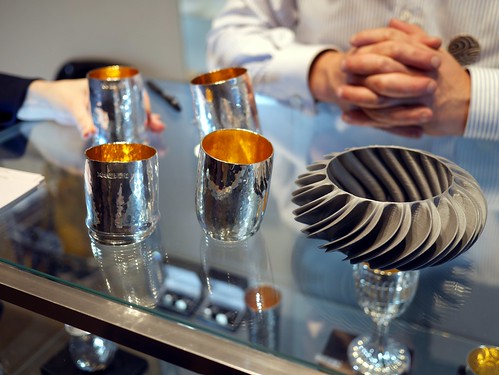 The videos of these being made are fascinating:

I'll end on an autumnal shot from my ride into work earlier this week: 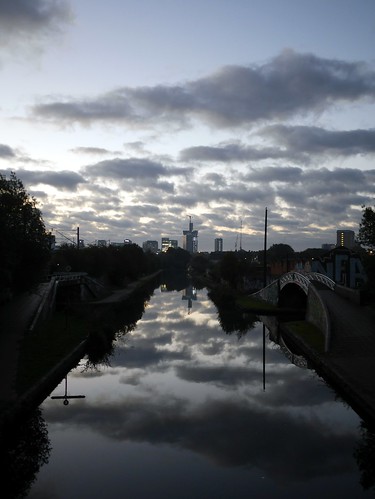