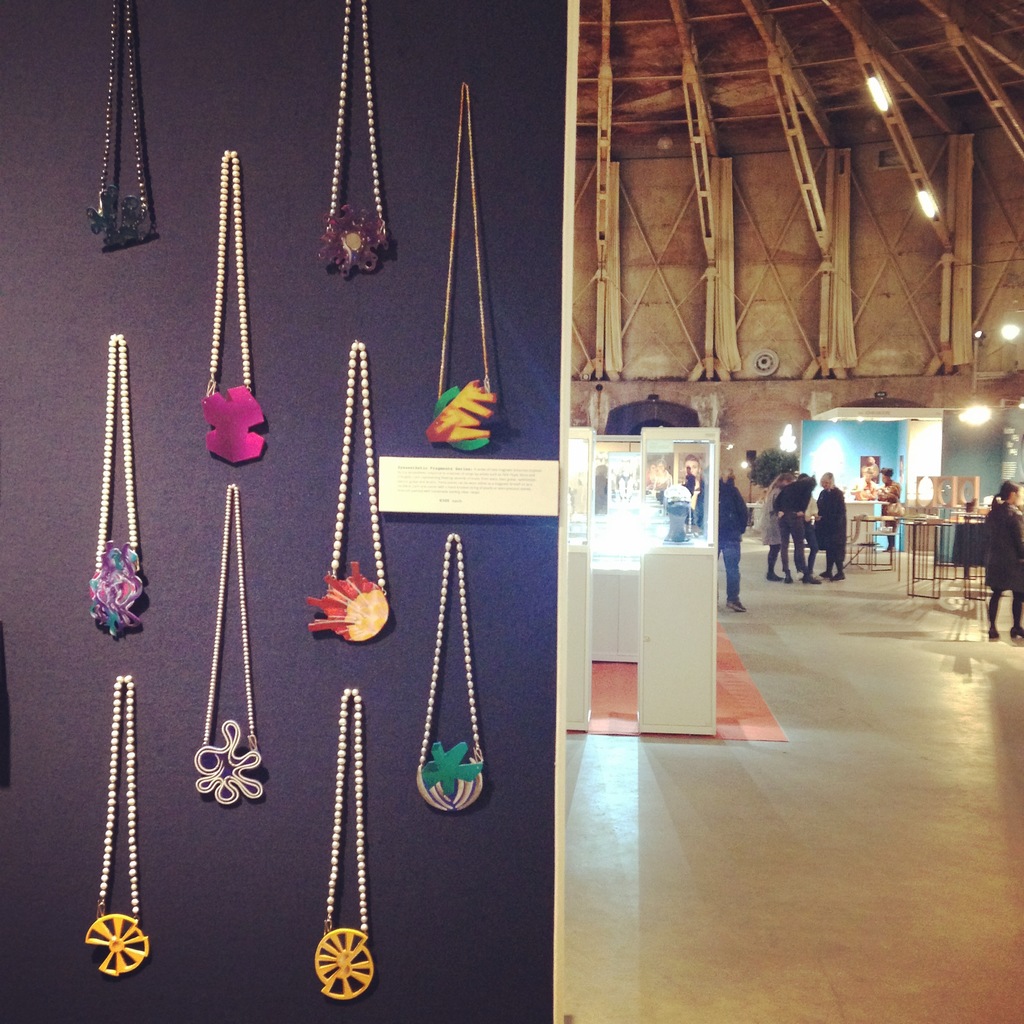 A view of the Westergasfabreik and my Synaesthetic Fragments Series

Fitting my entire display into twenty three kilos of checked baggage to fly to Amsterdam was more liberating than frustrating as I shed unnecessary items and went with the bare essentials to run my stand. On the other hand the choice of bag I packed it all in will require revisiting next time. “The Elephant Bag” (as it is known) saw me through two, year long stays in the USA. Now I remember why I don't use it very often. While it is capacious it is also unwieldy especially at rush hour on the Tube and especially when they close the doors on the Jubilee line due to overcrowding. Never mind, my flight was delayed anyway not that I knew this as I sweated and cursed my load via Kennington to London City Airport.

There were twenty other jewellers coming from the UK and I met up with seven of them when I arrived for a cab ride to the Westergasfabreik, we needed the largest cab they could find at Schiphol Airport. We spent the rest of the day setting up in the industrial setting of the old gas holder.

SIERAAD 2016 was opened by the Dutch “Princess of Craft” Margarita de Bourbon de Parme who is herself a jeweller, furniture maker and textile artist which set the tone for an incredibly smart and well educated audience. It was a real pleasure to talk to so many knowledgeable buyers, whose excellent English was appreciated by me and the other non-Dutch artists there. It really was a truly international art fair, many nations were well represented from all over Europe with exhibitors coming from as far afield as Australia, USA, Russia, Japan, Brazil, Columbia, Uruguay and South Korea. The fair was by no means dominated by Dutch artists. The variety and standard of work being shown was astounding, the show was entirely dedicated to art jewellery from the precious to the deliberately non-precious with over eighty exhibitors using materials from platinum, gold and gemstones to plastic broom bristles, leather and paint.

I was so busy it was tricky to get a moment to look round the show, as a jewellery lover myself I really did not want to miss the opportunity to see so much incredible work in one place. Gallery Ra, one of the original Amsterdam galleries to dedicate its space to art jewellery was celebrating forty years of success, owner Paul Derrez had a selection of works on display from his personal collection that included some classics that I had only seen in books before now.

Of all the fantastical work there two artists stood out for me. Christoph Ziegler a German jewellery and performance artist whose inspiration comes from the humble domestic sphere and uses found objects and shining plastic broom bristles to great effect in his brooches which encapsulate grandeur and humour. He calls his performances “Möbeling” which roughly translates as “Furnituring” but it sounds way better in German!

The second artist was Russian Ksenia Vokhmentseva whose crocheted forms where a pure abstract interpretation of her emotions. She has explored her depth of feeling through shape after her mother was diagnosed with cancer. “Sometimes It Doesn't Hurt” is a compelling body of work both dark and poignant. Unsettling but fascinating her work reminded me of how Alexander McQueen approached his self expression.

In amongst the contemporary jewellers was an exhibition of ethnic jewellery from around the world by a collaboration of Dutch Museums. Stunning antique pieces, that the work of all exhibitors had to hold their own against. They reminded us where we came from and that some functions of jewellery have never changed. SIERAAD Art Fair was a very positive experience for me, my work was well received and it enabled me to see it in an international context in amongst the work of artists from all over the world. Whether you go as a visitor or exhibitor to SIERAAD it is worth taking the time to appreciate it as a rare gathering of jewellery art. 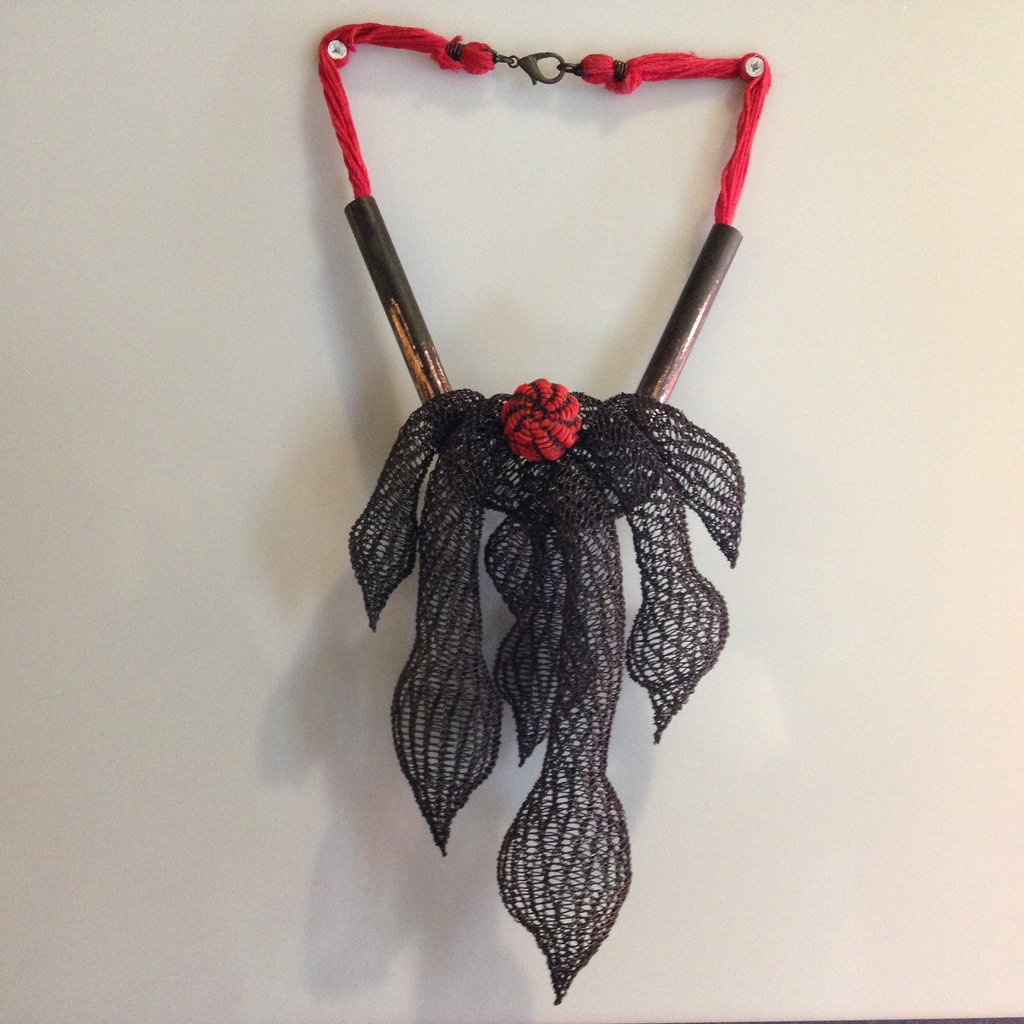