What a Racket - Embroidery by Danielle Clough 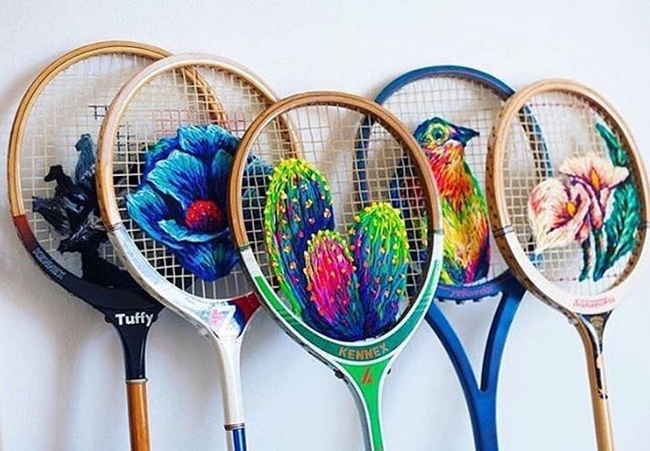 Would Steffi Graf and Boris Becker like these too? As a photographer-designer-vj-embroiderer, Danielle Clough has lived a life forever bound to the hyphen.

Born and raised in Cape Town, South Africa (and referred to as "Dee" by those who know her), Clough completed her studies in art direction and graphic design at The Red and Yellow School before embarking on a career in visual art, digital design and thing-making. 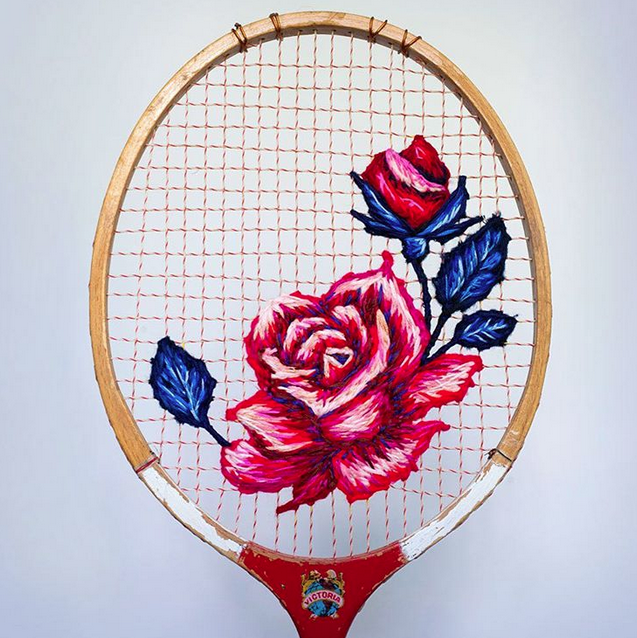 When she is not VJing (which is not what you think), Dee is doing digital design work for local companies; wrapped in a mess of threads embroidering anything from vintage rackets to shoes; lending her voice to local radio shows (Assembly Radio, Bush Radio ); creating custom book covers (Modjaji Books); and working as a contributing photographer for various local and international media. 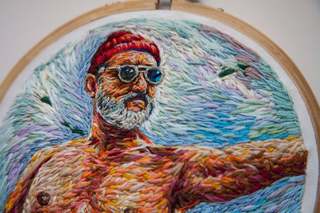 My second Steve Zissou commissioned portrait at 140mm in diameter.

Dee has been profiled by Instagram, Colossal, CNN, Vogue.com. Creative Boom and th... amongst others, while her work has been published in the New York Times T Magazine, Casa de Jardim, Couch Magazine, Evening Standard, Homespun and featured in various exhibitions across the country.

Some clients from 2016 include Gucci, The African Innovation foundation and the United Nations.

She currently works, plays and bikes in Cape Town. 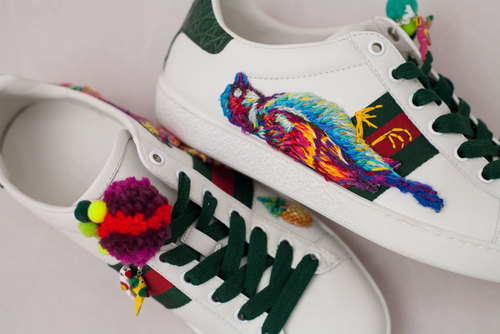 WE MADE A VIDEO..

in collaboration with Gucci as part of their #24HOURACE campaign. It was such a fun project. I love customising shoes and the video was shot and edited by Jono Ferreira (By Jono). The song is called This Dream, from Mac Motel (who you might know as Dank, DJ Caviar from Sedge Warbler, and half of SEAFOOD) which will be released in the future on a new album, I can tell you is going to be something REALLY special.

I'll leave the description from the professionals below, or view my project on the Gucci page here.

See the full #24HOURACE  project with amazing videos by other artist here.

I love the beauty and the humor inherent in these embroideries. Thanks, Brigitte, for posting on crafhaus  and sharing it with us all.