So When I was in college in the 80's I started this piece. It was my commentary on politics and nuclear proliferation. We where at odds with the soviets and there where enough missiles on the planet to destroy our orb of life a hundred times over- Inspired by what I think was one of the best educators in the craft world at Buffalo State College- I sought to create a piece that was not only massive but had a sort of political tongue in cheek message. (Thanks Steve) I created an 8 finger summit ring to be worn by Regan and Gorbachev - Whom I affectionately called Ronbo and Gorby... This piece was to be embraced by these two titans of global control as they agreed to put all their stuff away.... On one side was an inlaid American flag and on the other the hammer and sickle pierced in copper and sterling. Between the expansive space a large dumpster sat... approaching the center from each flag where minions of human forms carrying and depositing missiles and warheads into this dumpster which glowed of green nuclear waste and rotated- so, much like any good preschooler they could take their turns while eradicating this fear based construct from this earth. As my semester ended I never finished the piece. Disappointed in myself as the cold war is sort of over well at least with two pronounced actors. (and no I am not making it into a sixteen finger summit/merry go round ring) I could have scrapped it years ago but didn't. I wish to reanimate this piece-. I am looking for input... What diametrically opposed concepts do you see creating a product that is dumpster worthy... I would really appreciate a good creative shot in the arm 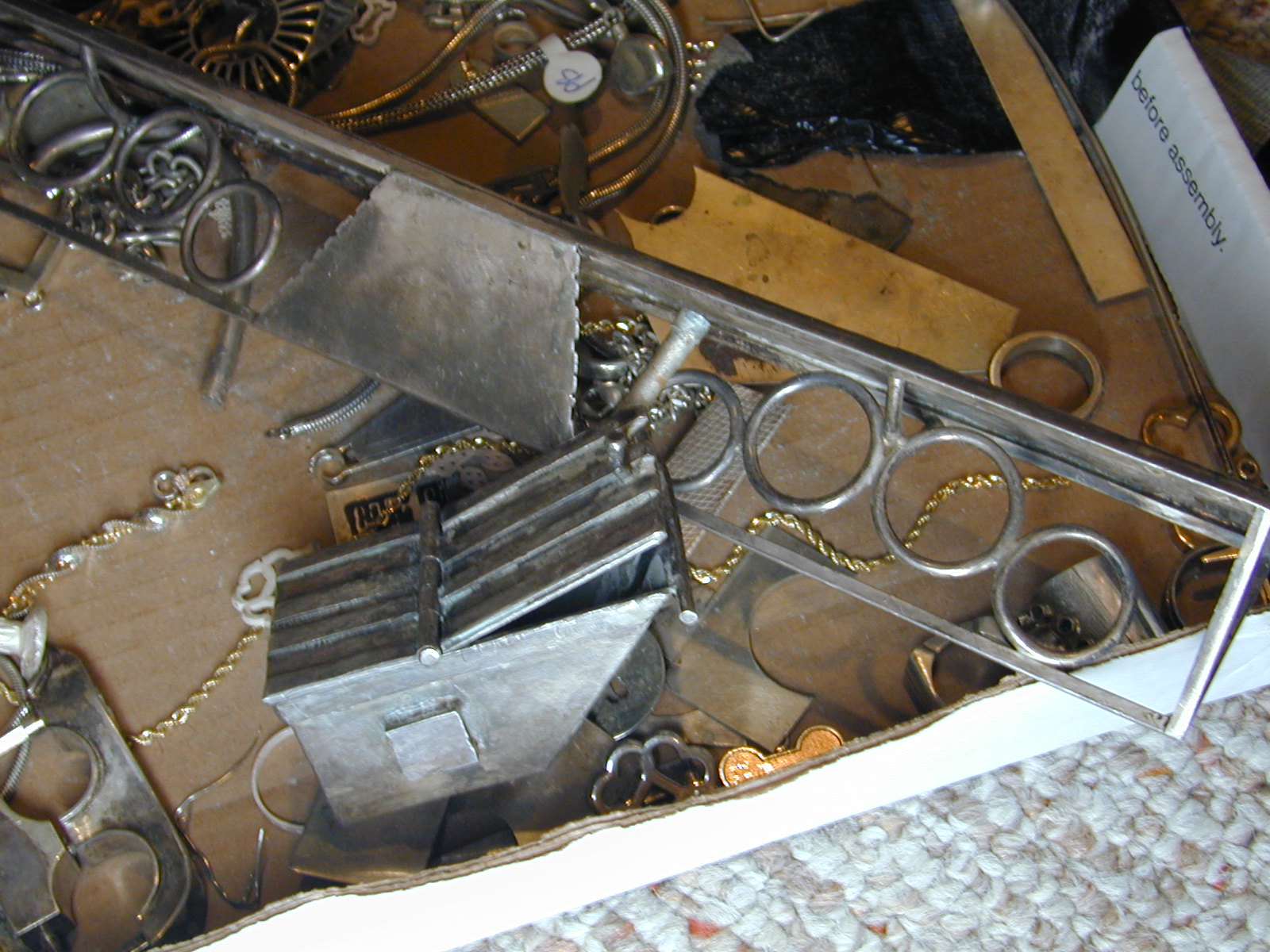 Comment by 2Roses on November 3, 2009 at 2:56pm
If nuclear proliferation was a valid concept then, it is a valid concept now. The only thing that has changed is who the flags represent. Substitute India and Pakistan and you're back in business. Interestingly enough the threat of nuclear war is far greater between these two countries than it ever was with Russia and the US. The thread here distinctly focuses on American issues. Perhaps we really are as self-absorbed as the rest of the world thinks we are.

Comment by Paul Bierker on November 3, 2009 at 1:17pm
Great Idea Thanks Linda! Maybe we can fill it with "Clean" Coal

Comment by Pat Buffum on November 3, 2009 at 9:57am
My thoughts - very cool idea in the beginning!
Of course there are always political issues that create opposing views like "healthcare reform."
Also, I kind of find myself full of opposing views when I take on new creative projects - maybe there is something that could be said for all of the ideas that end up on the "dumpster" when a creative project is processed?
Just thoughts.
Good luck!