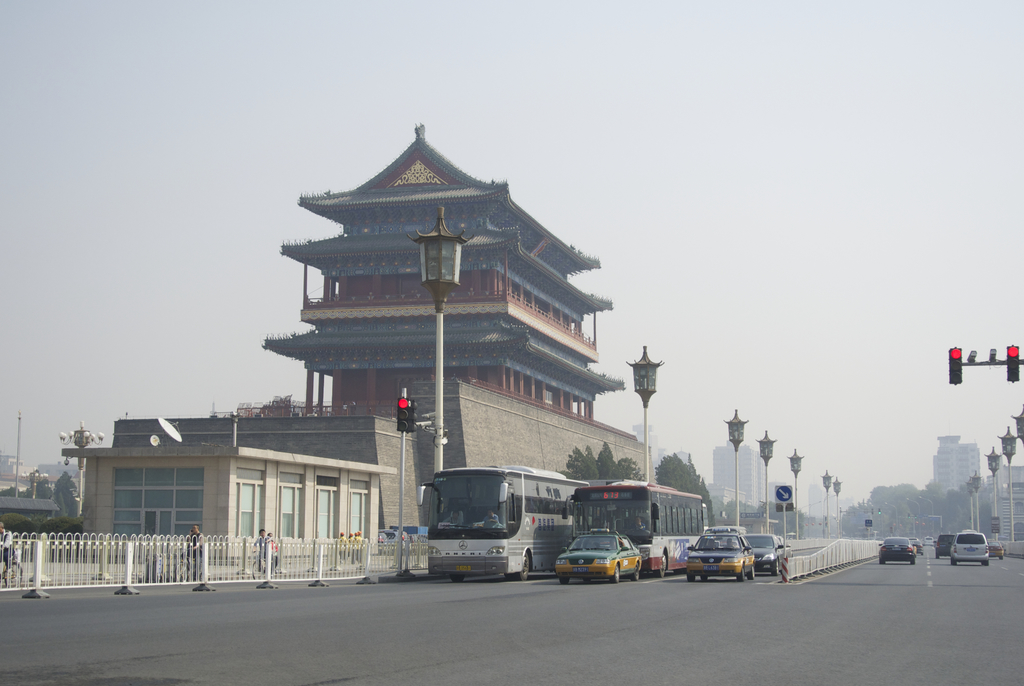 Beijing is an amazing city that has been undergoing tremendous growth since its successful bid for the 2008 Olympic Games.  You can almost watch it happening before your eyes.  It is by far the largest city I have ever visited, and home to a staggering population of approximately 17.5 million people, equivalent to half of the entire population of Canada.  Modern architecture can be found throughout the city, but much of the historical architecture of China’s centuries old political centre remain.  In addition you can still find numerous Hutong or ‘neighborhood villages’ dotted throughout Beijing, that have yet to experience modern development. 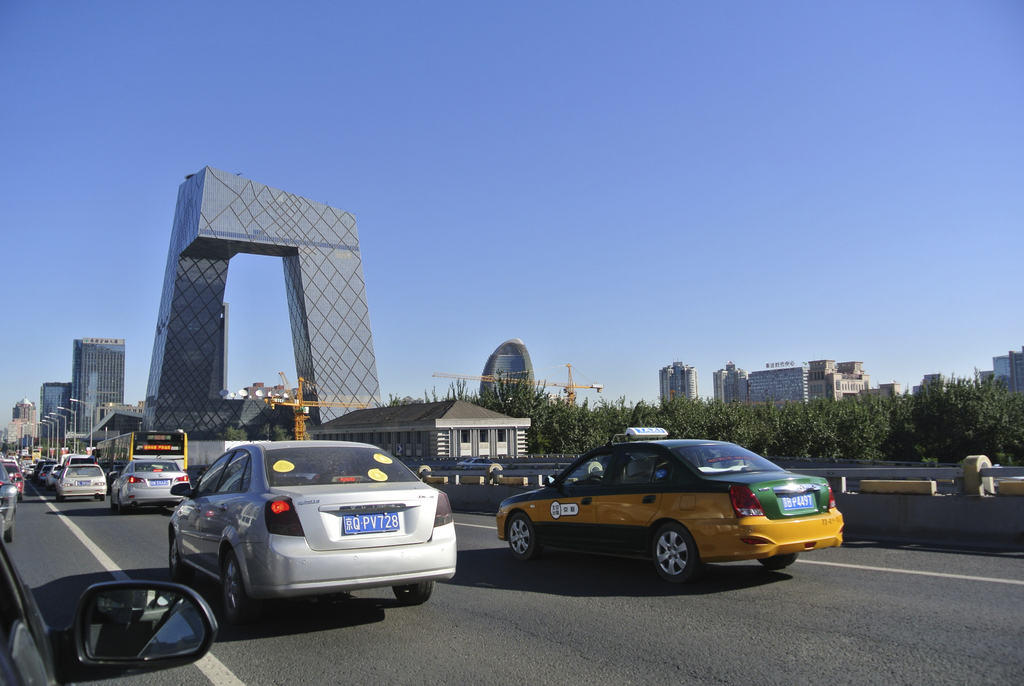 With the exhibition opening and conference wrapped up, our remaining activities included several excursions arranged by our hosts.  The first of these excursions was to the brand new jewelry department at BIFT.  I was truly blown away by the facilities and spent the entire afternoon on campus with Laurent-Max De Cock touring the various labs and talking to the students.  As I mentioned previously, Max was directly involved in the design of the new labs and he guided me from one bright space to another as if it was his own. 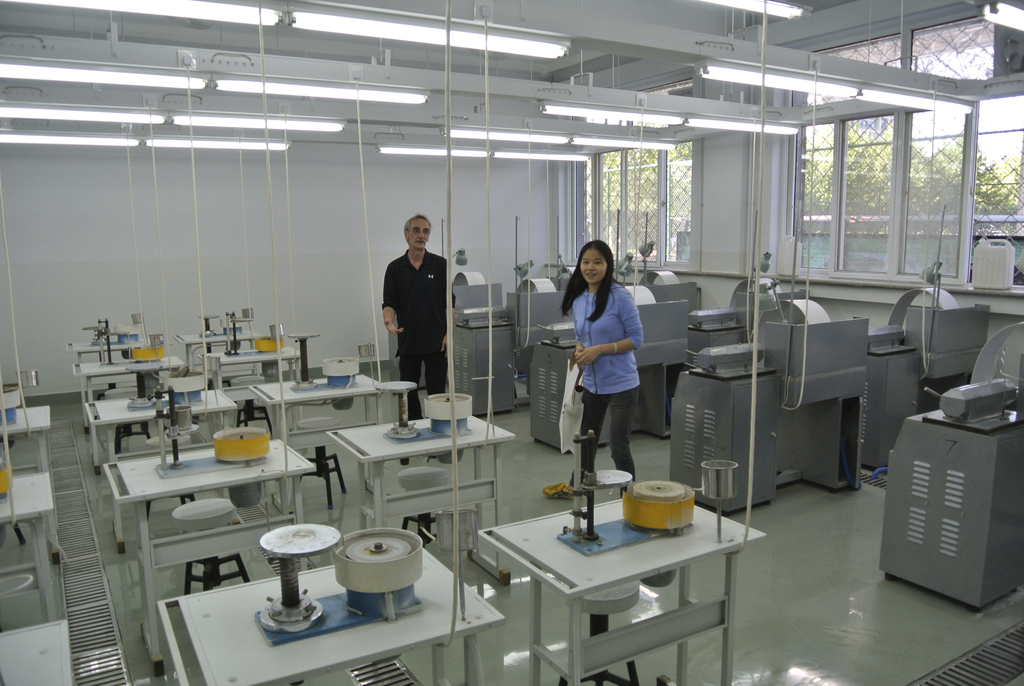 The various labs included facilities dedicated to enameling, silver smithing, soldering and annealing, benchwork, and even a lab just for rolling mills.  The enameling facility was particularly interesting and featured state of the art digital equipment for enameling on metal.  Every room was equipped with drainage troughs to allow regular rinsing of the floor, a clever way to control metal waste. 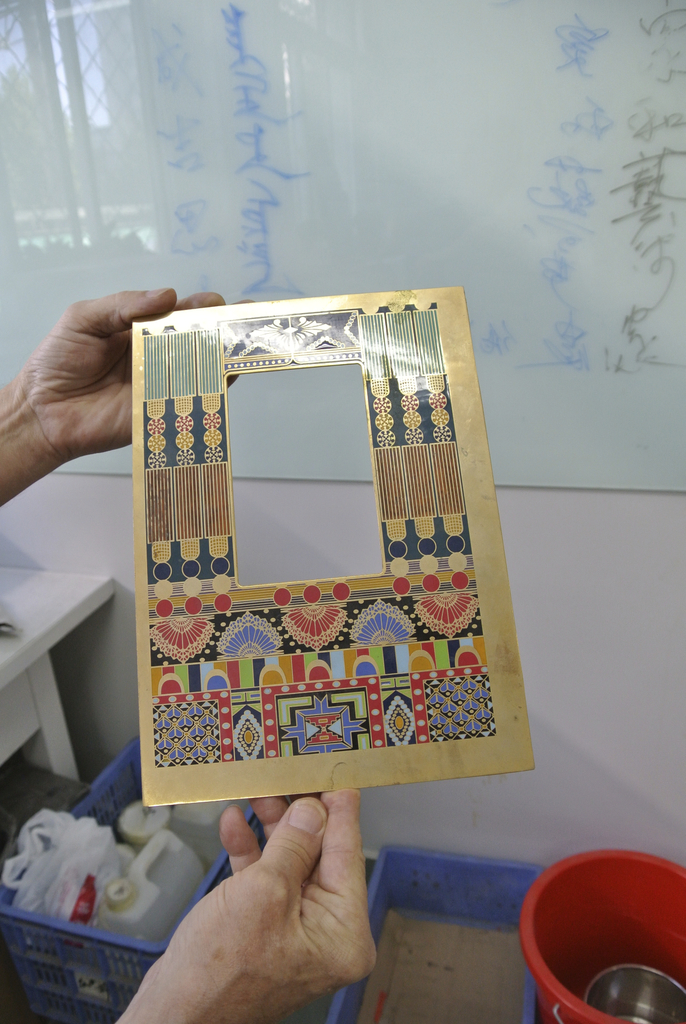 It should have been no surprise that the labs were as well appointed with equipment as they were considering much of the machinery and hand tools on the market today is manufactured in China.  Over the years machinery and equipment produced in China has improved dramatically.  In fact many of the tools that grace the pages of our supply catalogues and websites are coming from China, as commonly if not more so, than India and Pakistan.  Truth be told, the Chinese products have far surpassed the qualities of the aforementioned South Asian producers. 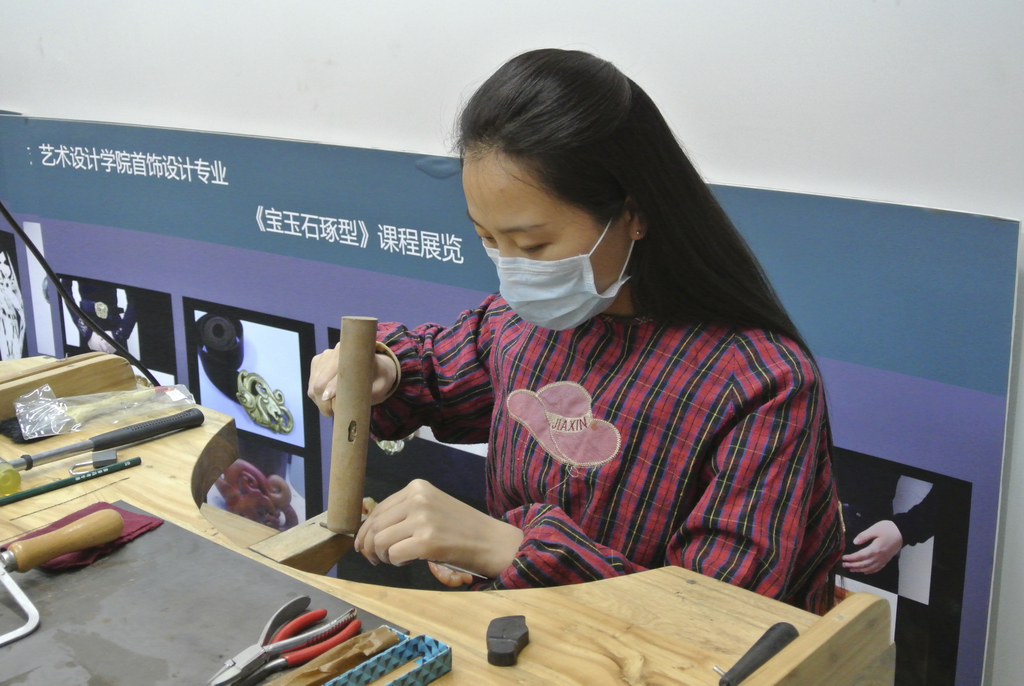 I was pleased to see an enormous smithing lab, which is becoming less and less common in metal departments.   One of the teachers in smithing program is the very talented Gao Wei.  I spent some time with Gao Wei over the course the previous few days and now had the pleasure of speaking with him in his element, with several  of his students.  Gao Wei was also a participant in the jewelry exhibition, but here at the school I was treated to seeing some of his smithed tea pots, which he forms spout and all from a single piece of heavy gauge silver sheet. Students are expected to learn how to produce their own hammers and stakes, and Gao Wei was eager to show me the collection he has amassed over the years.  He knew based on my work that I would appreciate it as much as he does, and we spent some time talking about his favorite forming stakes and hammers. 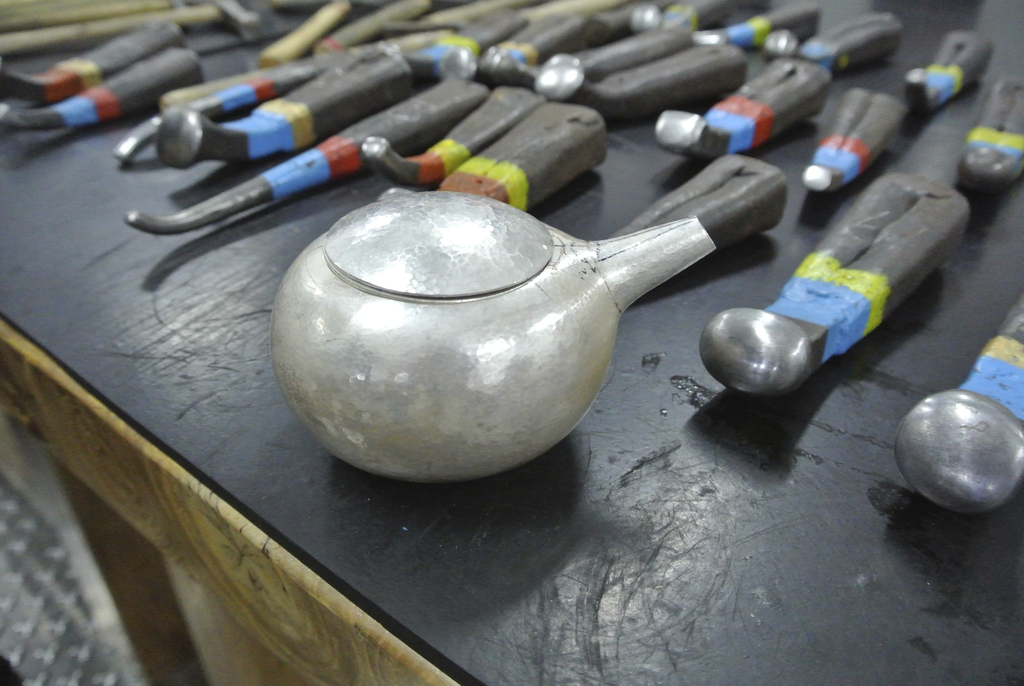 The next morning we set out on our second excursion to the Forbidden City, the Chinese imperial palace from the Ming Dynasty until the end of the Qing Dynasty. 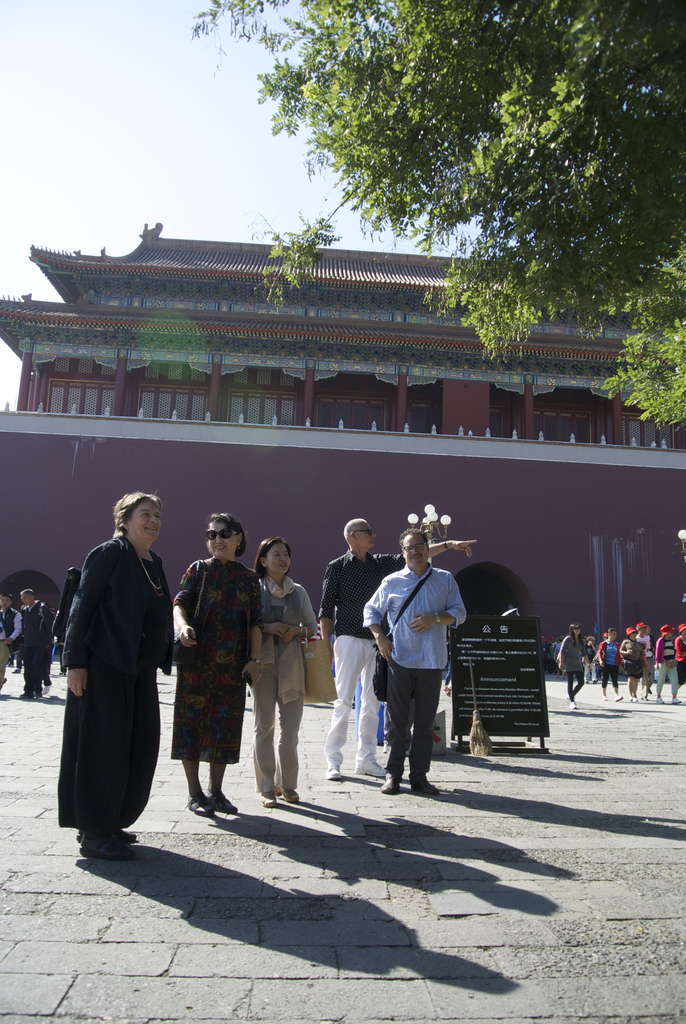 The Forbidden city, a sprawling estate of enormous proportions, is now home to the Palace Museum and numerous gardens, squares, and a variety of buildings, many of which were home to Emperors and their respective families and servants. 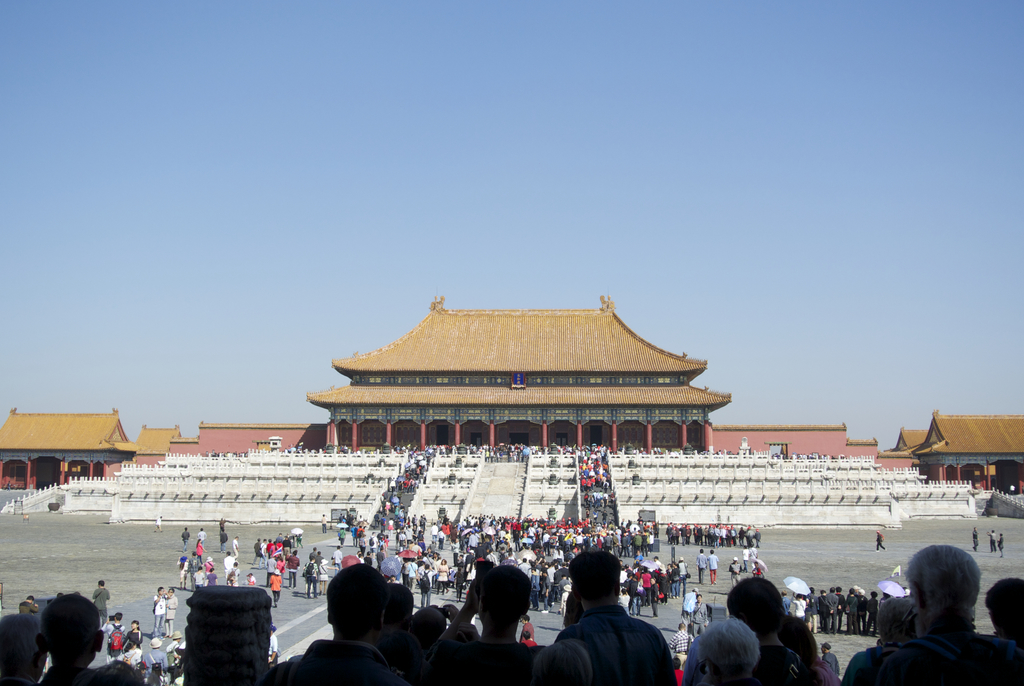 The collection of the Palace Museum includes ceramics, paintings, furniture, jade and bronze-ware, and of course  jewelry.  There were certainly some incredible pieces on display and the level of attention to detail was impressive to say the least.  All of the pieces in the jewelry collection seemed to serve a purpose beyond just ornamentation.  Carved stone was a common element and was used for ornate wax stamps, archer’s rings, or carved boxes and vessels. 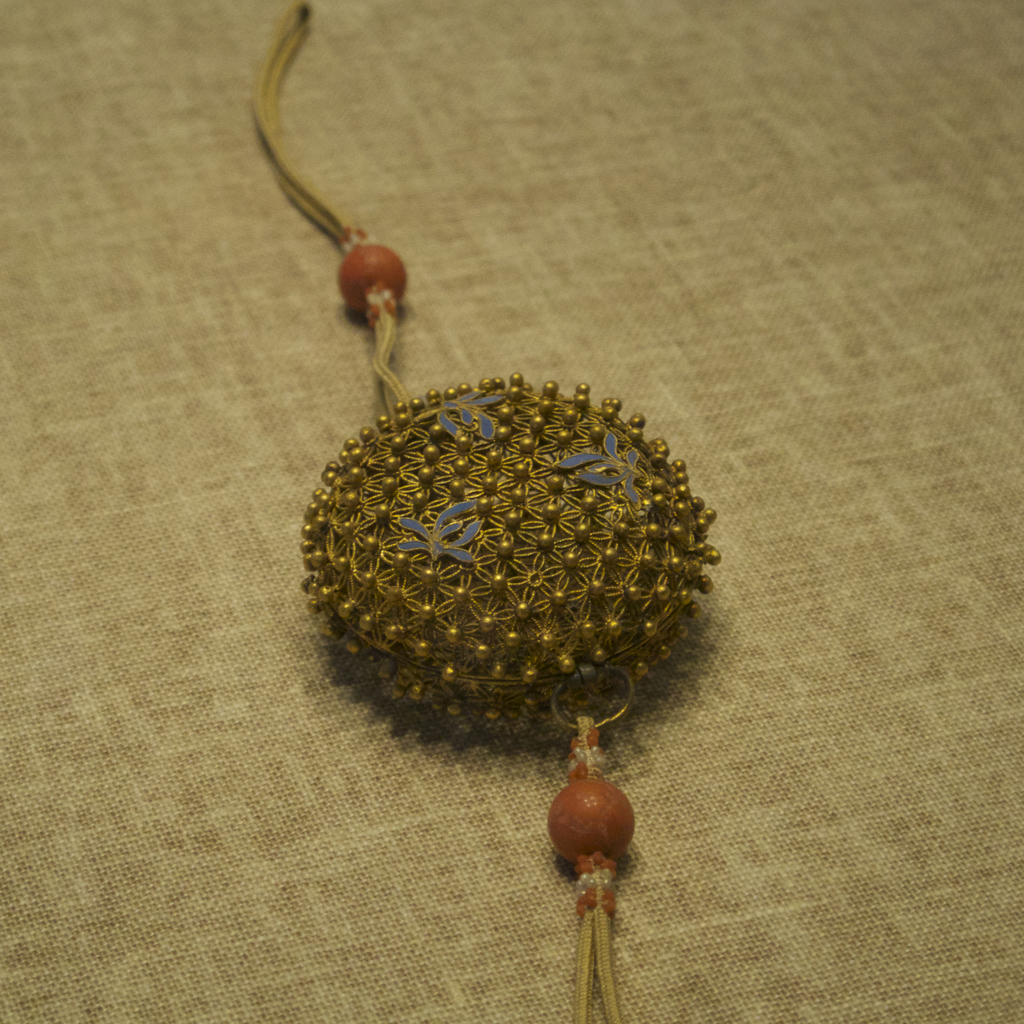 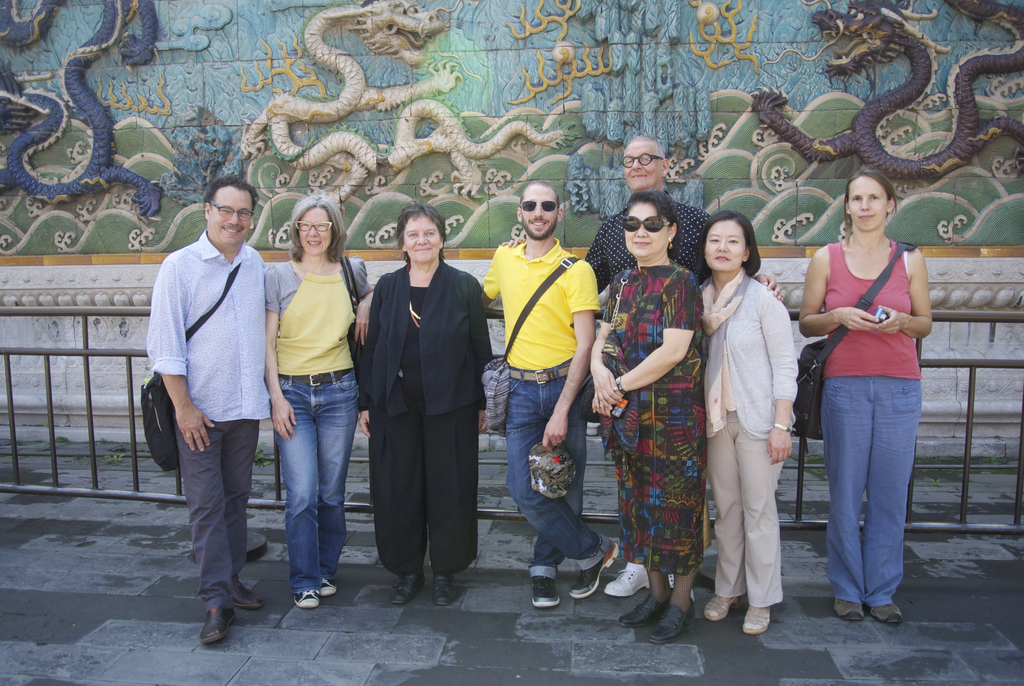 Our next stop that afternoon was at the Museum of Ethnic Costumes, located on the BIFT campus.  It is the first museum in China specializing in the ethnic costumes of the various groups that inhabit the country.  Housing over 10,000 pieces of costume, accessories, fabric, wax printing, and embroidery, the collection serves BIFT as a research and teaching center, in addition to being a public museum.

After a long day I returned to the China Millennium Monument to see the jewelry exhibition again, before attending the Opening Ceremony and cocktail reception for Beijing Design Week.

Part 5 will focus on Beijing Design Week and My adventures with Ruudt Peters and Jamie Bennett.