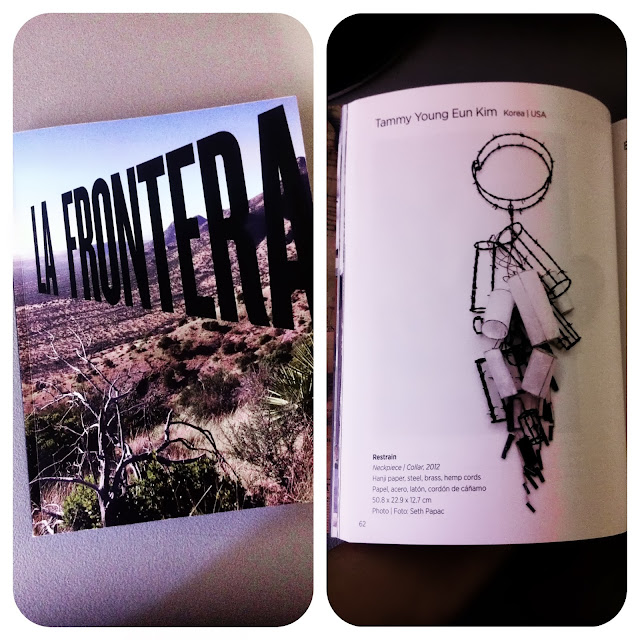 Last but not least - of course, these are my students - in the round of Scottish degree shows is the turn of North Glasgow College. We've only been offering degrees in Jewellery Design and Technology for three years, validated through Leeds University - the last time for Leeds, we have an exciting partnership with Dundee's own Duncan of Jordanstone College of Art starting next academic year - but this is the first year that I've personally felt part of the degree-show circuit, felt as if we…

Behind the Brooch: A closer look at backs, catches and pin stems (Book)

I started a wonderful project last year about collecting images of brooches from the side we rarely see, the back side. It was such a wonderful experience to see how different artists approached the back look and mechanism of their brooches.

I started looking around for more pictures, and although it was not an easy task I managed to create a wonderful board on Pinterest named, of course, …

So, after all the blogging of the degree shows and other peoples' students' work, it is now the time of my own non-degree students to shine. Every year, the august body, The Trades Hall of Glasgow, a marvellous philanthropic association of people who strive to preserve the craft skills in society, organise a competition between the colleges of Further Education in which the students compete to win substantial cash prizes,…

The circuit of degree shows rolls on and last night was the turn of the graduates at the Glasgow School of Art  to show their stuff and unlike last year, which - though good - felt a little "flat", this was a show buzzing with ideas and energy, every bit as good as the Dundee and Edinburgh shows over the last few weeks.… 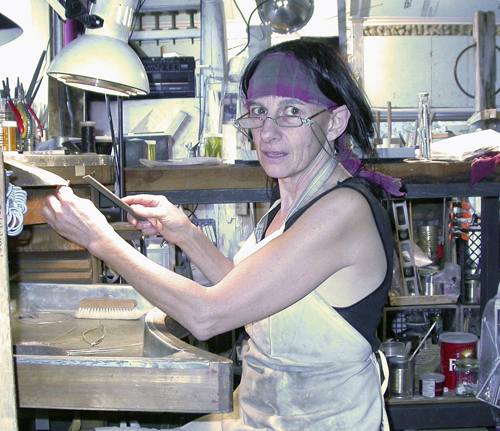 still fresh off the virtual press...!

It was during a visit to the Formula 1 paddock with a sketchbook and some ear defenders at last year’s Goodwood Festival of Speed that I found the inspiration for my new Racing Wings jewellery collection.  This new collection will be on show and available to buy during London Jewellery Week at Treasure, Somerset House 13-16th June.

Come out to …
Continue

Restrain was chosen as the catalog cover for SNAG's Confluence exhibition.…

About 6 weeks ago, I ordered some stamps with my signature on them from Microstamps in the US. They arrived today and I have to say that I am delighted with them. I've had a hallmark for years and years but since I started working in iron and reclaimed materials, I've barely used it as mediaeval legislation in the UK means that it is not possible to sell anything "contaminated"…

What a great weekend! Lovely weather, so I got out on my bike a lot and re-visited a site I had found some time ago, the wonderfully unhinged paintings on a house in Tollcross, Glasgow. In September 2012, it looked like this:…